I was having a relaxing Saturday morning. I slept in late, and then lounged around while my humans watched a show they had recorded that was about a contest to see who could create the best weird puppet scary gigantic creature alien thing. I will never understand why humans are obsessed with costumes and making things look radically different than how they’re supposed to look. My esteemed colleague Joseph (Joey dog) Spaniel agrees. It’s just plain creepy and confusing. But my humans enjoyed it. In the meantime, Joey dog went back to sleep, and I tried to divert attention from the TV to me—me me me!—and managed to get a gratifying ear scratch. Then I was told I was way overdue for a visit with our groomer, Miss Jacquie because Joey dog and I both look like dusty dirty floppy-moppy ragamuffins! 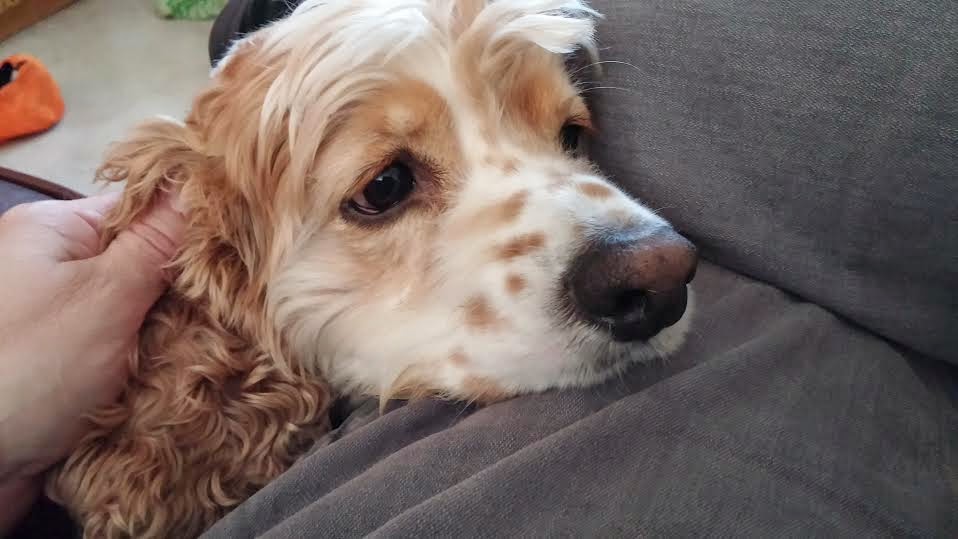 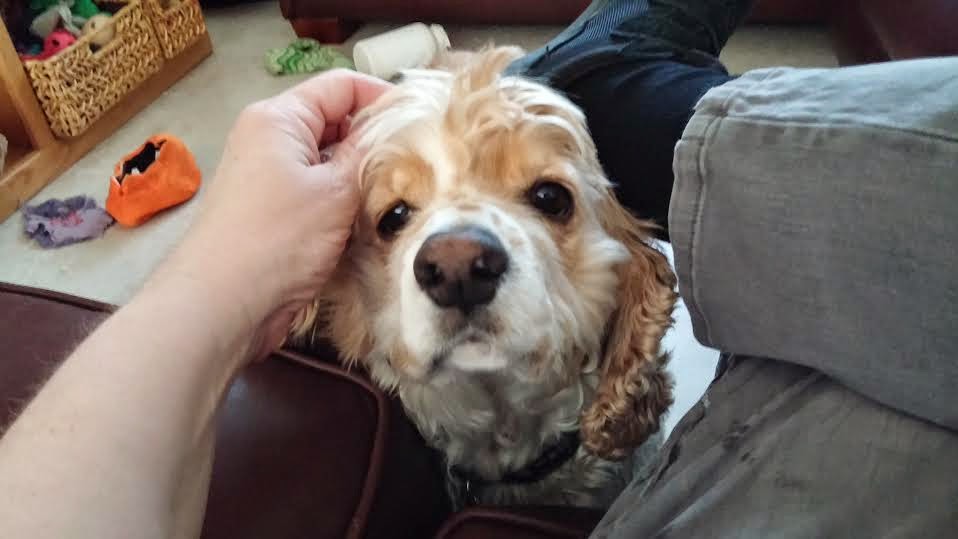 A few chores needed to be done, including cleaning out the fridge. This usually means a big bowl of left-overs for Joey dog and me. This time it was spaghetti and steamed vegies. Yum.

The windows were opened to the peaceful cool breeze, with just the rustling of leaves and the incessant squawking of grackles. I think their babies have grown big enough to fly out of their nests by now, so we don’t know why the grackles are still mobbing that big crow as he makes his daily rounds of the area. What a noisy lot! 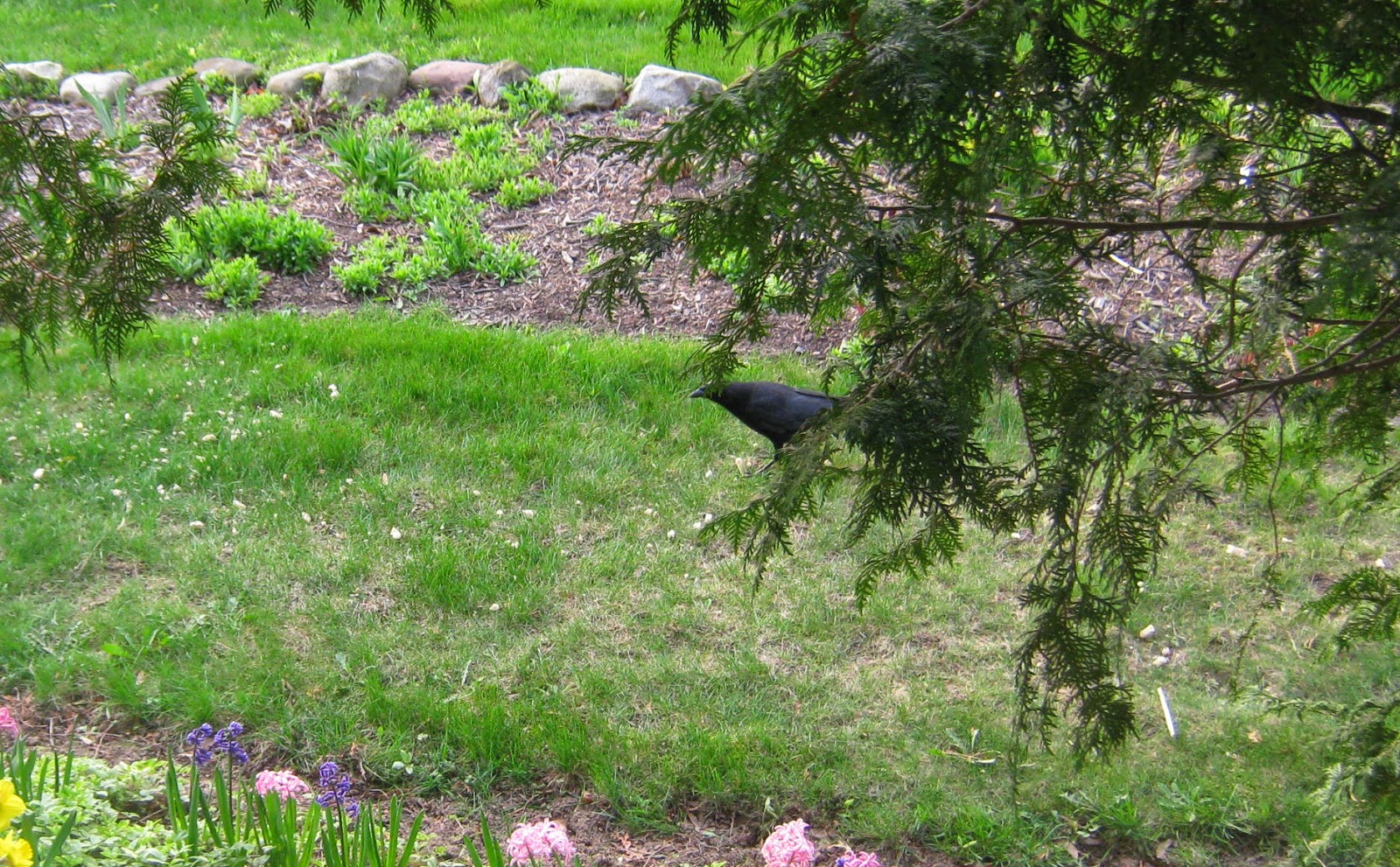 It wasn’t long before the annoying sound of lawn mowers started up. Then neighborhood kids started riding their bikes back and forth on the sidewalk in front of our house. Our neighbor turned up his music and began puttering around in his driveway. He always drops his tools: ping, clang, pong! And he slams the car door: whomp! As homeland security experts, we doggies barked out the window as loudly as we could at these disturbances. Then the rest of the local doggie barking network went into action: the big collie across the street, the boxer around the block, and that little yappy dog a few houses down started barking too. One of my humans started shouting at us to be quiet, but we get confused by that. We’re just doing our jobs, warning our humans about potential invaders, and he's barking louder than we are! Sheesh! So much for peace and quiet! So much for rest and relaxation! Now motor cycles are going by, and more lawn mowers have started. Someone's vacuuming their car. More people walking by with strollers and a kid on a big wheel bike. A-woooooooooooo, bark bark bark!

The coup de gras was this: somebody found the following videos on the computer and they turned the volume up. Wow, squeaky toy videos! Videos of squeaky toys! Squeaky toys, and barking doggies, and techno music too! It's barking party time! 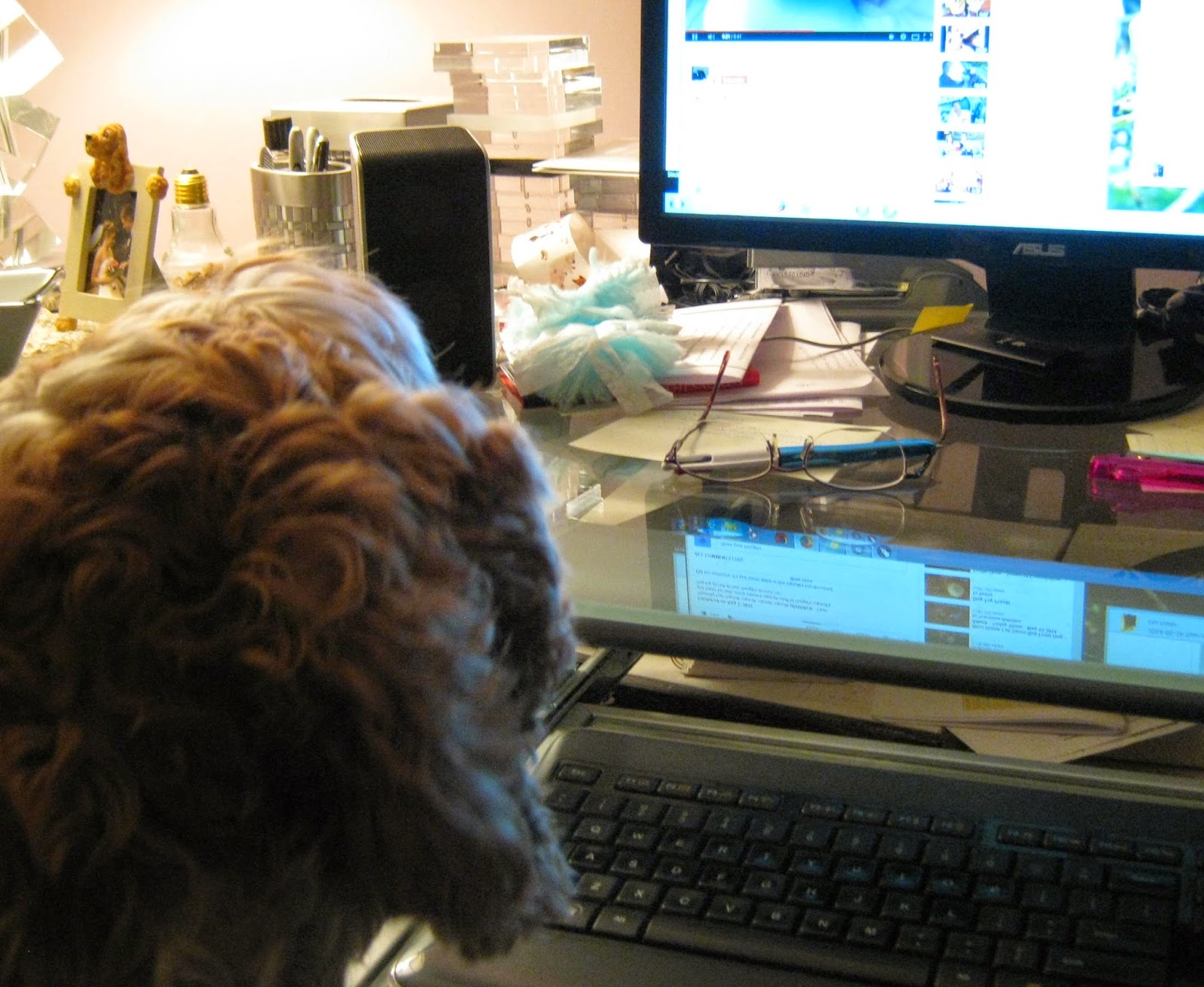