This is The Daily Bone, and I'm your grieving doggie reporter Chester L. W. Spaniel. 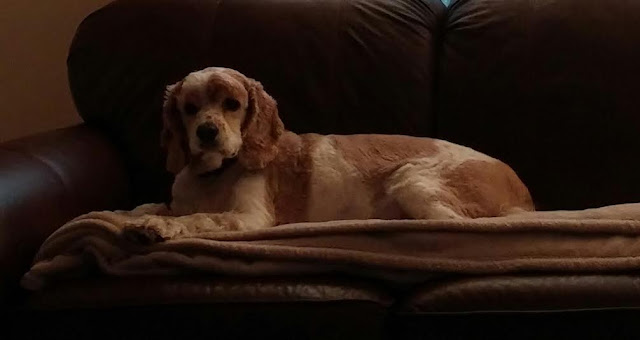 As you probably know, my esteemed and very dear colleague, mentor, and best friend Joseph (Joey dog) Spaniel passed away early Saturday morning, peacefully, at home with ghostwriter and Dad holding him and petting him. In his memory, I'd like to present a collection of photos of our Joey dog. They are in no particular order. 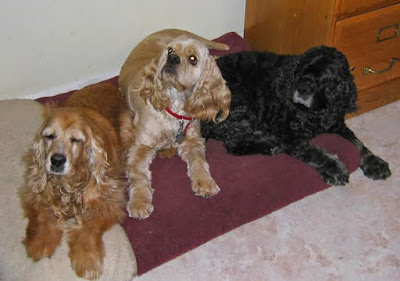 A couple old photos of Joey with Charisma and Miss Ginger. 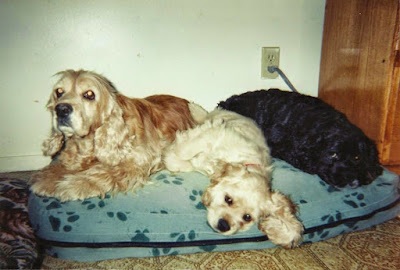 We have countless pictures of Joey dog food watching. He always got a sample of the food and rarely was there something he didn't like. 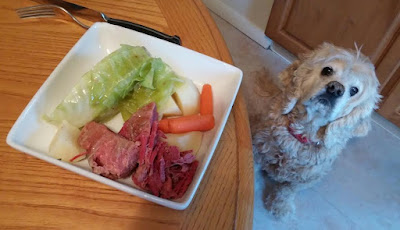 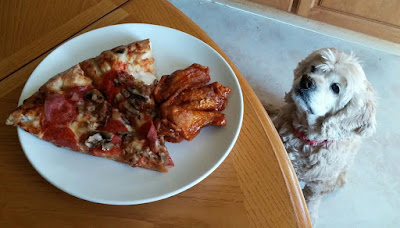 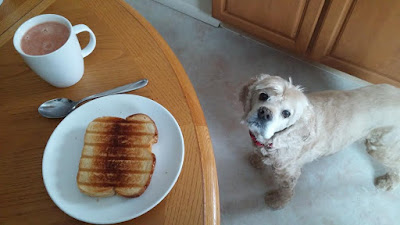 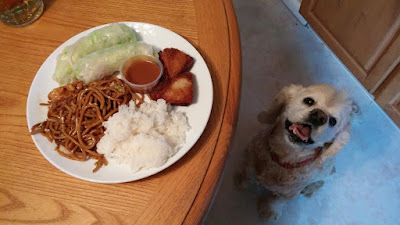 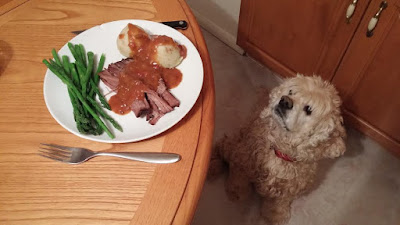 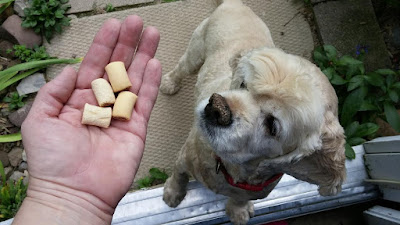 I'm going to have a hard time filling in for him. I just don't have his steady concentration. 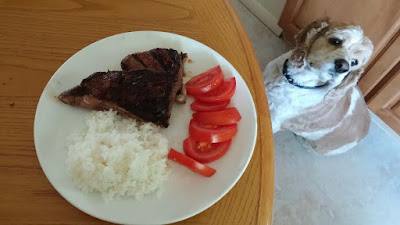 Ghostwriter and Dad and I would like to say thanks to everyone who sent their condolences to us in the last day, and POTP, Airezen, healing vibes, hopes, prayers, hugs and kisses and purrs, during the week before. A special thank you to Madi, downhomeinnc for putting Joey on the Blogville POTP site blogvillepotp, and Marty Manx and the gang for devoting an entire post to Joey dog. martythemanx  Blogville and the pet blogging community, you are the best! 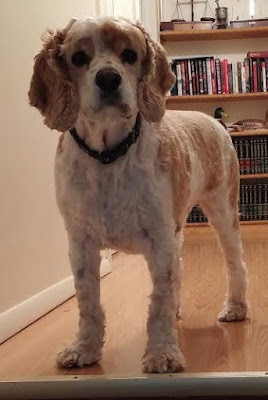 Joseph (Joey dog) Spaniel, Doggie Chief Inspector, comestibles division, and founder of the Yum Yum Coalition, passed away peacefully at home at 6:30 this  morning with ghostwriter and Dad holding him. 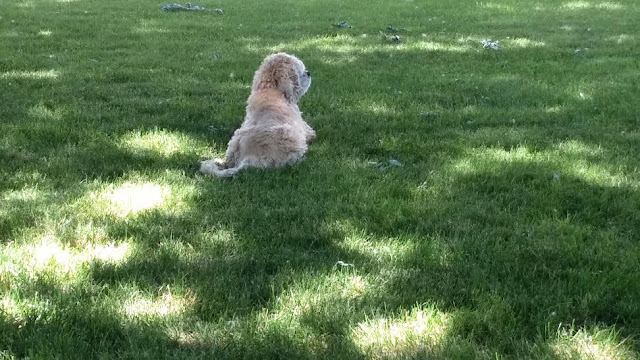 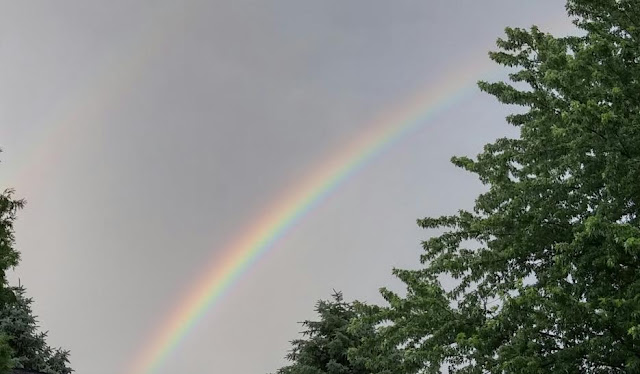 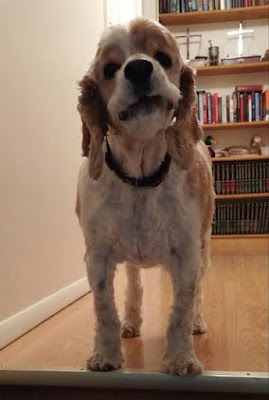 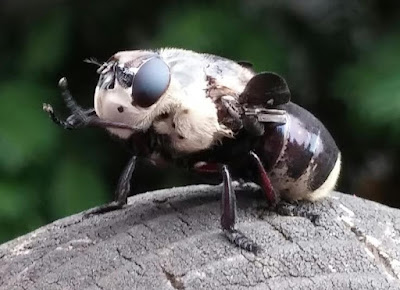 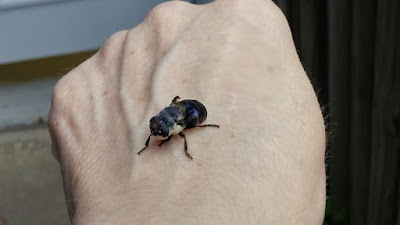 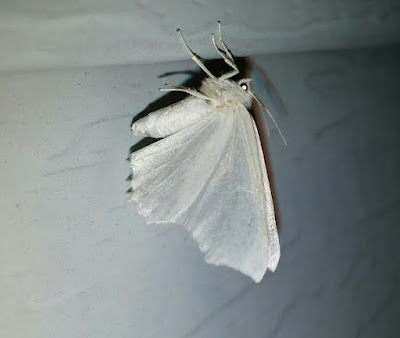 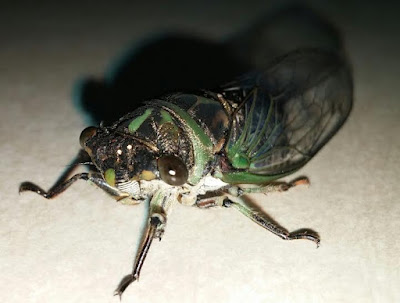 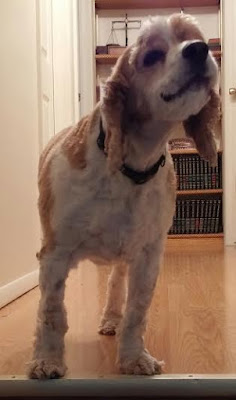 I Can Haz Cheezburger?

Hello. This is The Daily Bone and I'm your trusty doggie reporter Chester L. W. Spaniel. 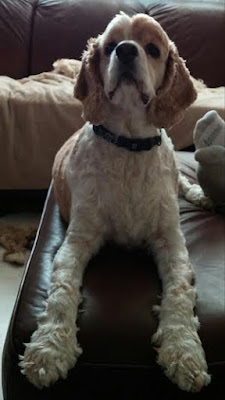 My colleague Joseph (Joey dog) Spaniel sleeps almost all the time now. He's been peeing on the floor in the morning. We don't have any carpets in our house anyway, so it was an easy clean up.

But here's something I thought I'd never see: Joey dog won't eat! Ghostwriter tried offering him some of his home made doggie food, but he turned his nose up at it. Next, she made him a cheese burger with some ground meat, bread, and a slice of cheese. Now that's some yummy food! 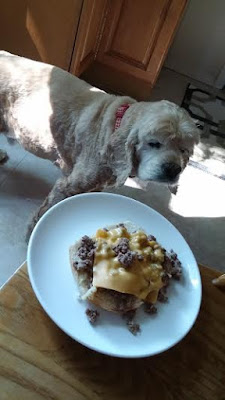 But he didn't want that either!!! Even when ghostwriter sent me outside to chase that stinky little rotten seed-snarfing dastardly squeaky stripey chipmunk … 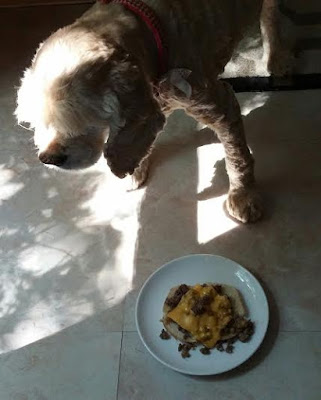 As loyal readers will know, Joey dog is Doggie Chief Inspector, comestibles division, and founder of the Yum Yum Coalition. This is a bad sign. Ghostwriter says maybe his medications are giving him a stomach ache, and she will keep trying.

Ghostwriter offered Joey his cheeseburger again later, and he refused again. Then Dad put some peanut butter on a slice of bread for him. Joey ate about three bites, then had enough. Ghostwriter took a piece of chicken and boiled it with some rice. 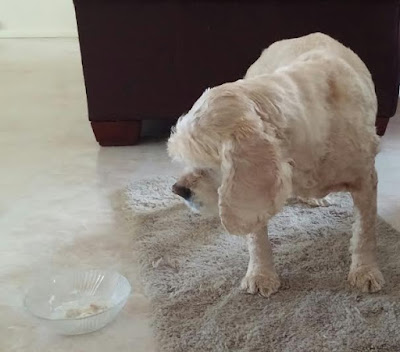 With lots and lots of patience and encouragement, ghostwriter finally got him to eat a little of that chicken and rice. She says he probably has an upset stomach from the medicine.

This evening he was feeling a little better. He managed to get off the couch and find his way to the dinner table. He plopped himself down in his usual spot to do some food watching. Please try not to notice his left eye. It looks like that because his pupil is dilated from the eye drops and he has a cataract in his lens. 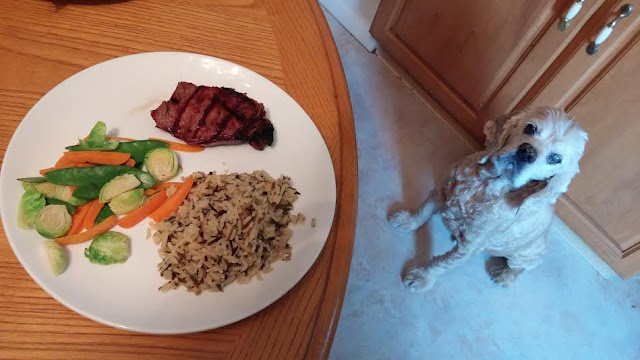 Ghostwriter and Dad gave him some steak and he ate it! They also poured the steak juice (unseasoned) from the serving platter into a little bowl for him to lap up. Then he went back to sleep. 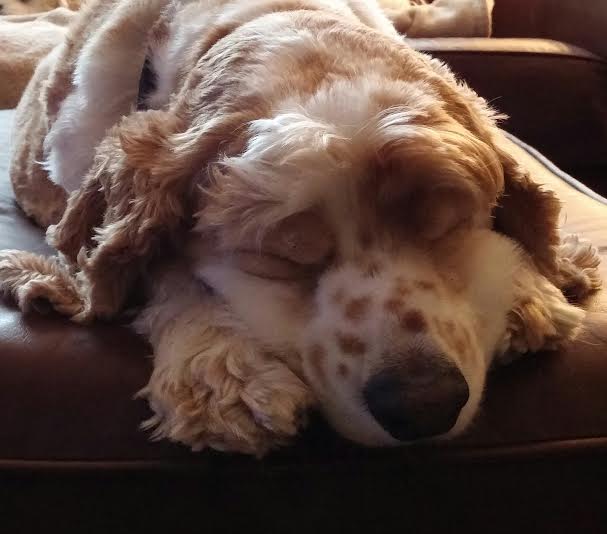 And I hope he's not mad at me because ghostwriter gave me the cheese burger and I ate it all up.