Greetings everyone! This is The Daily Bone and I'm your doggie reporter Chester L. W. Spaniel. 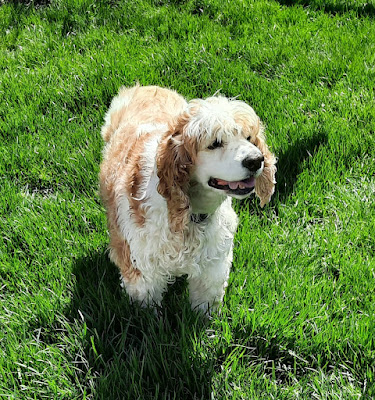 We finally got a nice sunny day after a week of cold and high winds! FINALLY! So we wasted no time to run outside and take pictures to celebrate our favorite holiday: Earth Day. That's when we look down and appreciate all the wonderful things living and growing in the earth.

I think Mr. Cool Beans Cooper, our friendly neighborhood Cooper's Hawk has been busy. We also found tufts of fur. 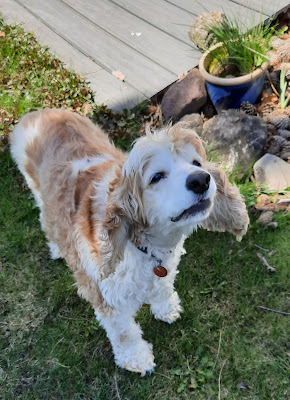 We hope you have a great Earth Day!

Greetings friends and fans. This is The Daily Bone and I'm your doggie reporter Chester L. W. Spaniel. 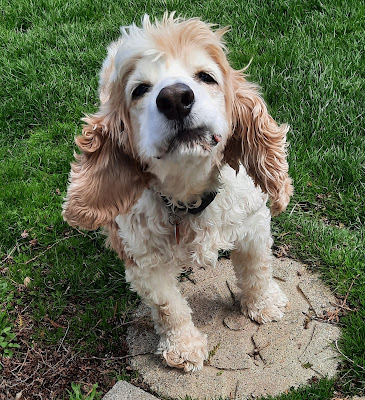 As you've probably heard me say numerous times, "here in WNY, if you don't like the weather, just wait a minute." Winter has been trying to hang on for as long as possible. But we finally have some flowers that bring us hope for nice weather. So without further ado, here are the pictures! 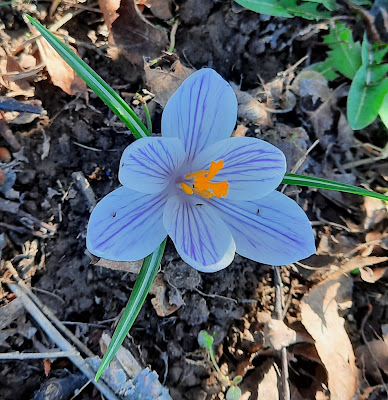 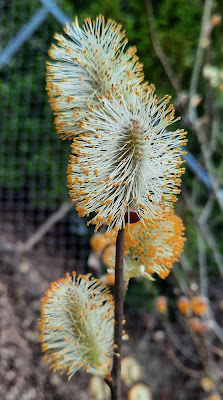 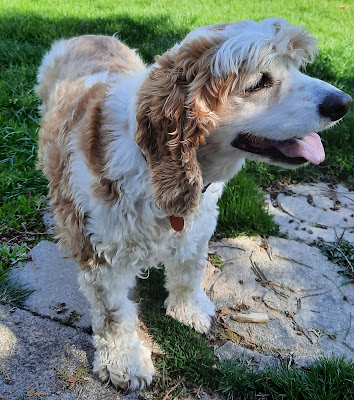 Another popular saying lately is, "just when you think you have enough staffing … you don't." My ghostwriter has been working a lot lately, and will be working through the entire Easter weekend. At least Dad will be home to keep me company. We hope you all have a Happy Easter!

Spring is in the Air!

Hello everybody. This is The Daily Bone and I'm your doggie reporter  L. W. Spaniel. 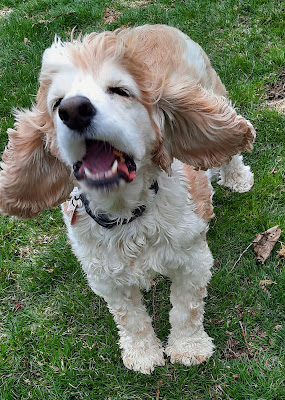 It's been very windy here in Western NY. Over the last week, we've had some changeable weather. One day it's snowing.

And the next day it's not.
The Evil Squirrel Cartel has been jumping onto our window birdie feeder a lot lately! Here's one trying the roof approach: 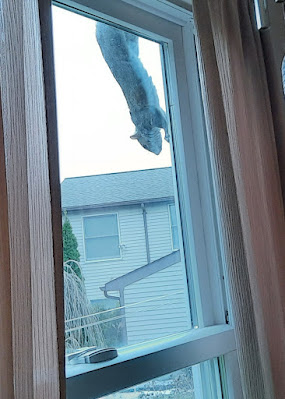 Sometimes they would jump up from the ground and look straight into the window as if they expected us to hand them a treat!

Later, I happened to see two squirrels chasing each other around the pear tree, and wrestling each other.
My ghostwriter said they weren't exactly playing …
Then I noticed Mr. Cool Beans Cooper, our friendly neighborhood Cooper's Hawk was hanging around in the neighbor's oak tree. 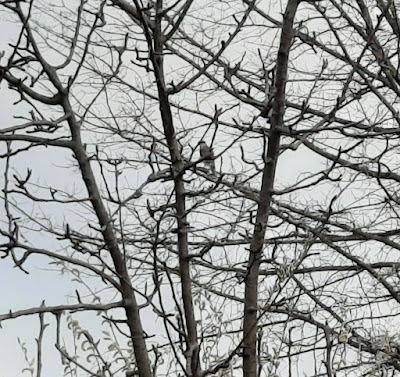 I implored him to please snag a squirrel or two for his dinner. 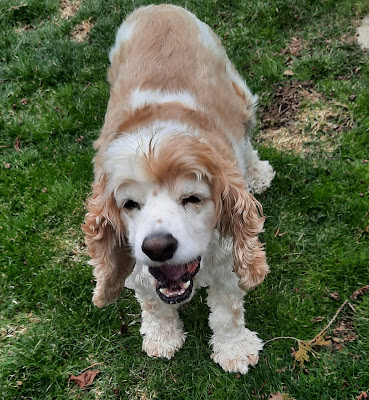 He swooped away into the arbor vitae bushes, but I doubt he caught any squirrels. He did catch a sparrow, though.

Maybe we'd better focus on some of the nice things about spring around here. Below is a picture of a sap-sicle: an icicle formed by sap running down a maple branch. We were lucky to see it because it melted soon after. 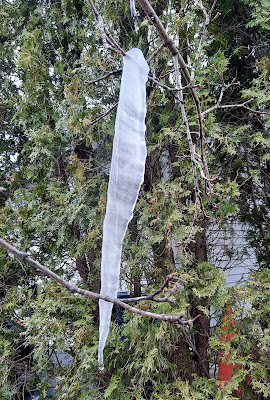 Almost every day around 7pm, we see a big flock of turkey vultures fly over. They're really huge birds, with a wing span of almost 6 feet. It's amazing to see so many!

Check out this line of clouds on the west horizon:

This is how it looked ten minutes later:

After watching the clouds ruin another nice day, we happened to look down, and saw this little guy sitting on our front step: 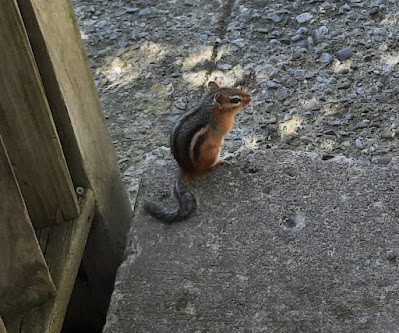 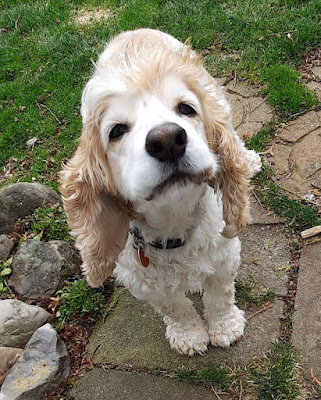 At least he's not demanding ten thousand peanut butter sandwiches!
And despite the cold windy weather, we do have a few flowers: 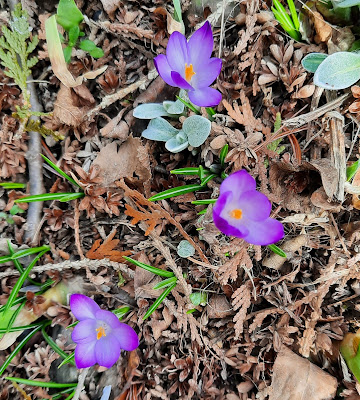 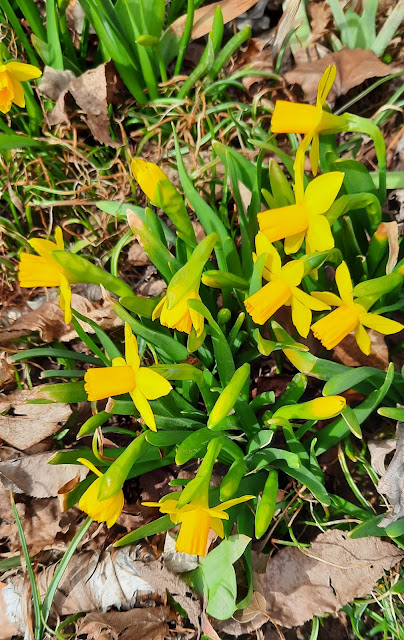 That's all for today. As of right now, it's still cold out. But that could change in a minute! 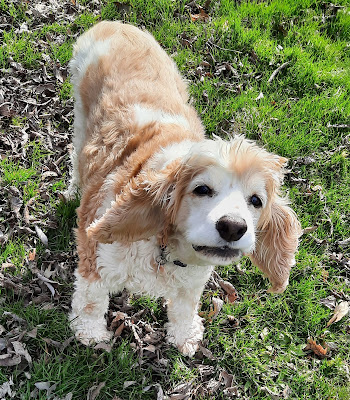 You never know what Mother Nature has in mind.
never-say-never
Posted by C.L.W.STEP at 7:03 PM 11 comments: