This is The Daily Bone and I’m your humble doggie host Chester L. W. Spaniel.

You know how I said I had a hurting leg? It seems that the problem has disappeared. Yesterday there were a lot more important things to do besides moping around feeling sorry for myself. 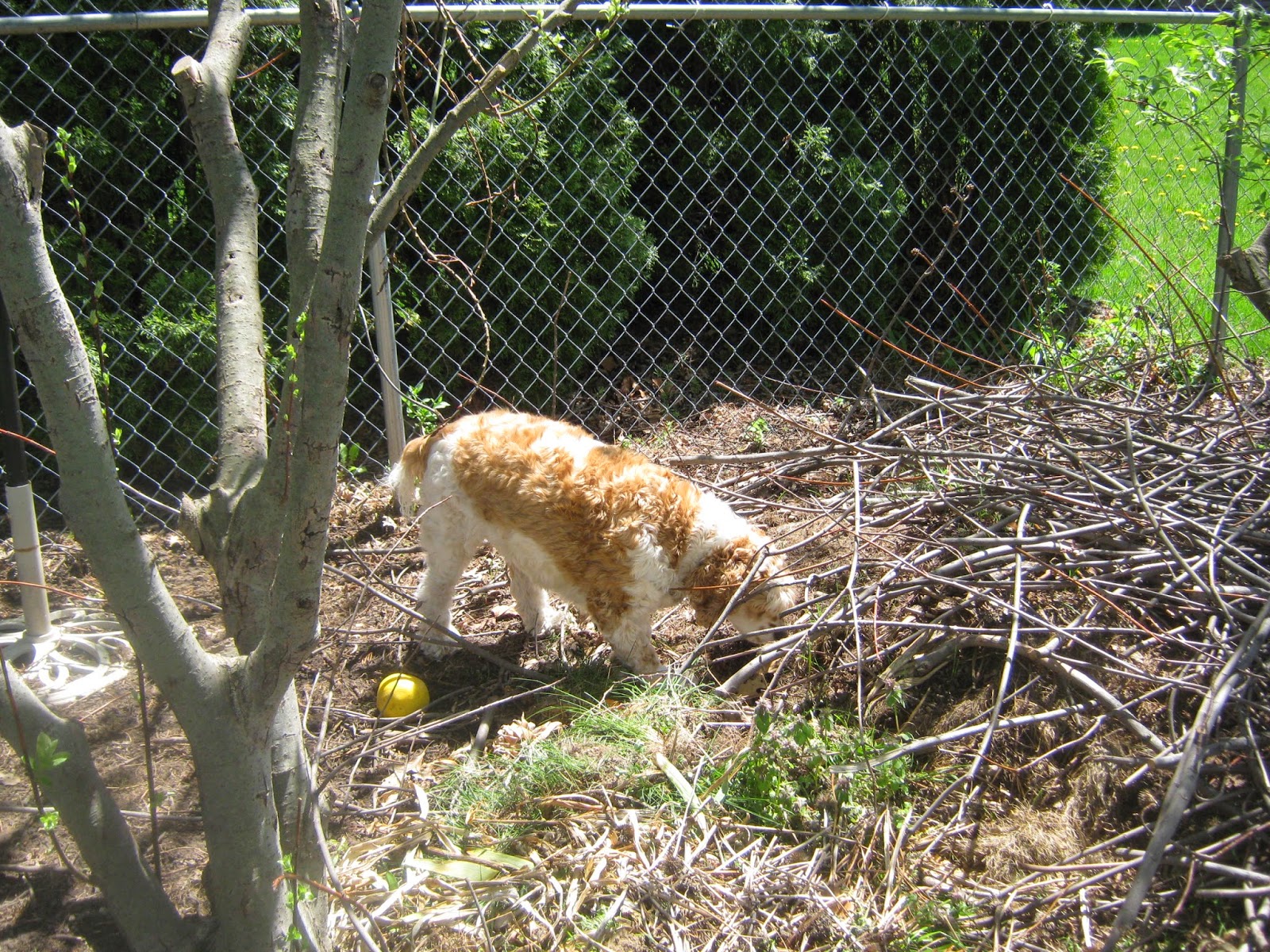 I got the chance to do some further exploration in the compost pile. There were new loads of weeds and dandelions piled on it, along with some grapefruit rinds, vegetable peels, egg shells, and best of all, rotten potatoes. You just haven’t lived unless you have smelled a rotten potato! I still haven’t found the resident mousie in there.

There has been constant drama going on in the birdie world. The big old crow can’t go anywhere without an entourage of squawking grackles. They dive bomb him and follow him everywhere he goes. Here he is sitting atop the roof of the house next door. (I think he just enjoys the attention from those pissed off grackles.) A few blue jays joined in the rumpus too, along with some combat robins, and vigorously scolding  sparrows. 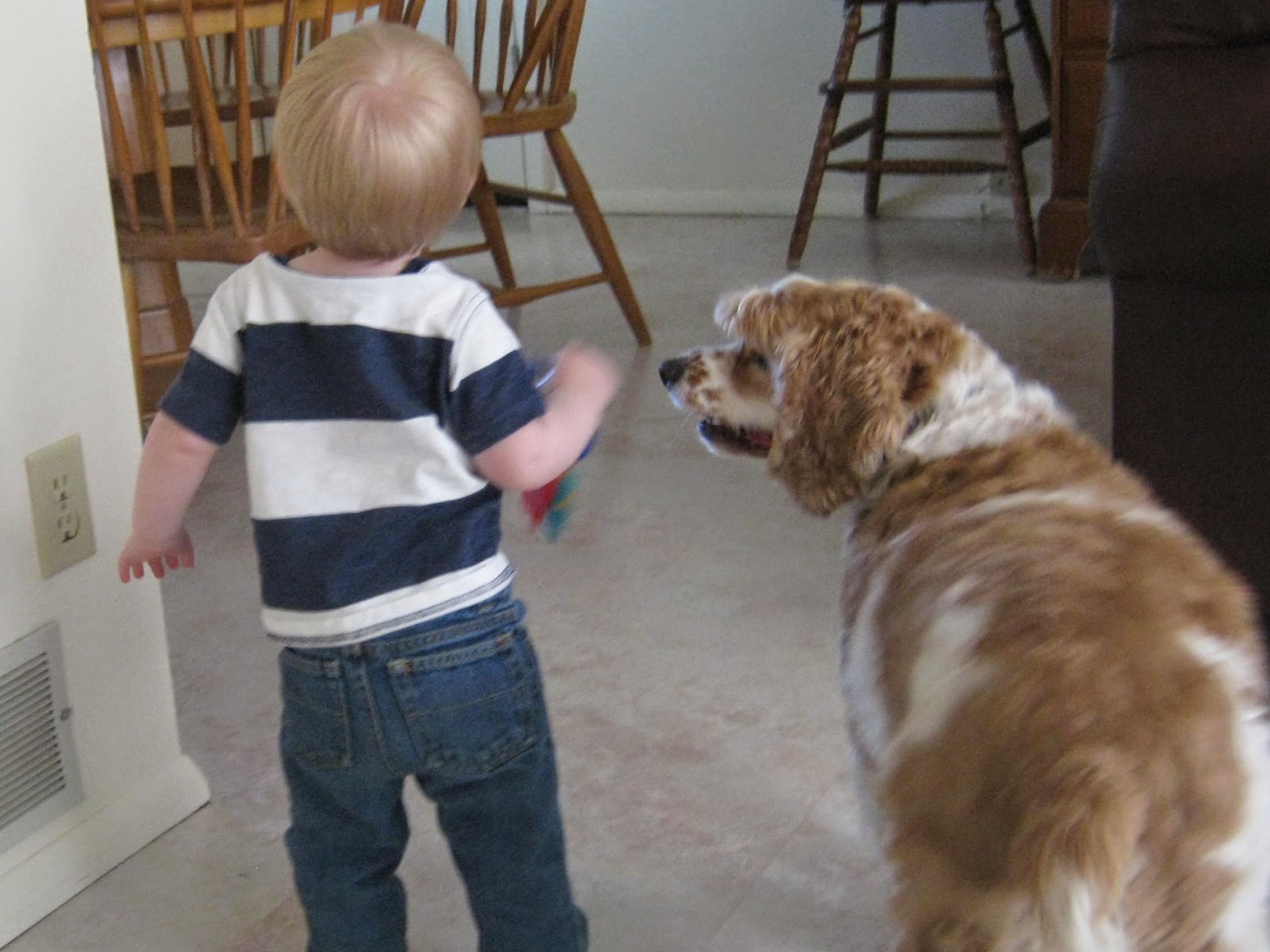 We also had a visit by our favorite miniature human. He has learned to screech amazingly loudly, and we had a number of wonderful, high decibel conversations. I don’t think the other humans appreciated us because they kept telling us to be quiet. I think there’s nothing wrong with speaking up as loudly as you can. He’s even learned to almost say “doggie.” Hooray! 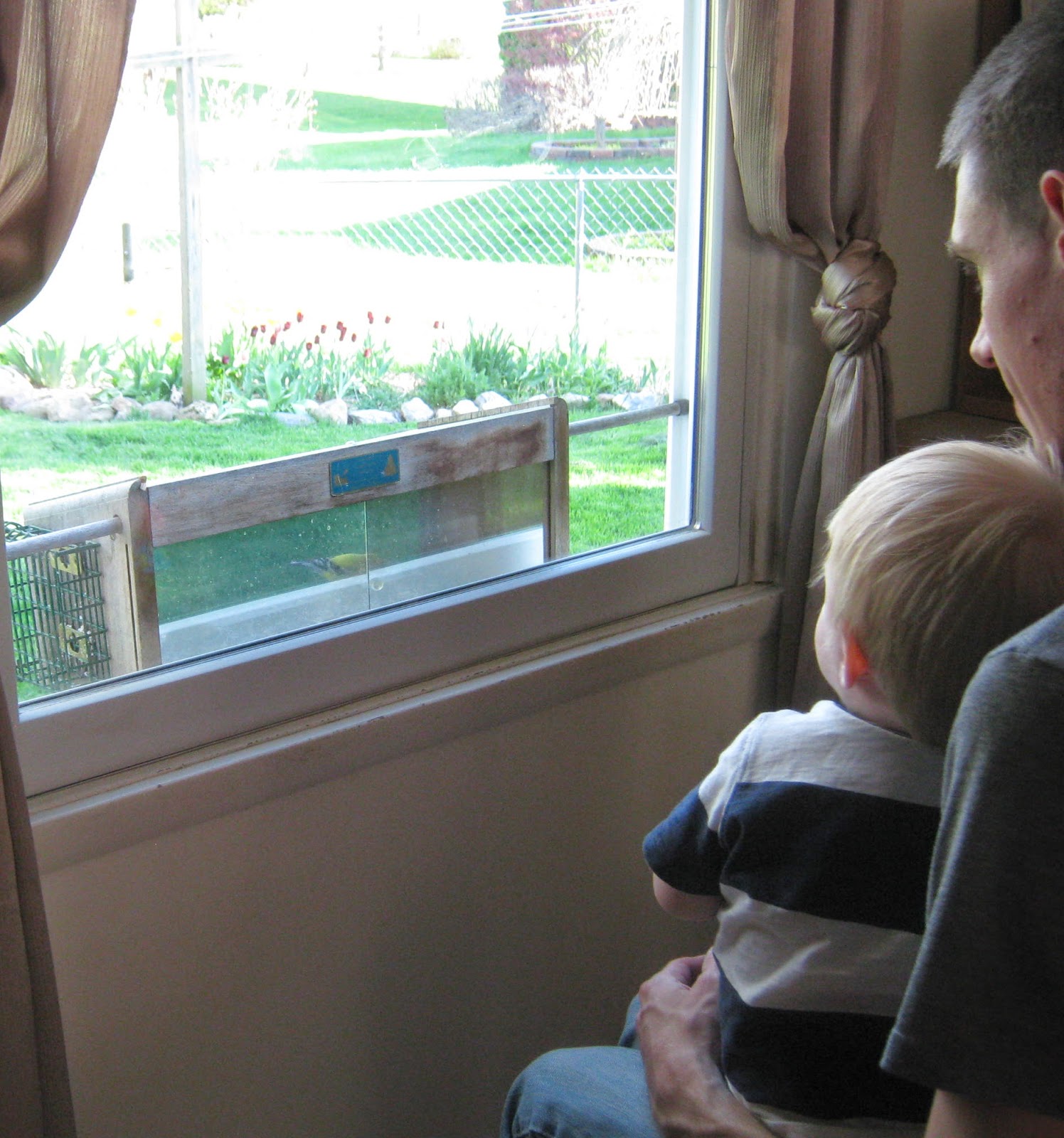 He also enjoyed watching the beautiful, bright yellow  gold finches in the window feeder. Take a hint from me: nature is much better than television or video games. 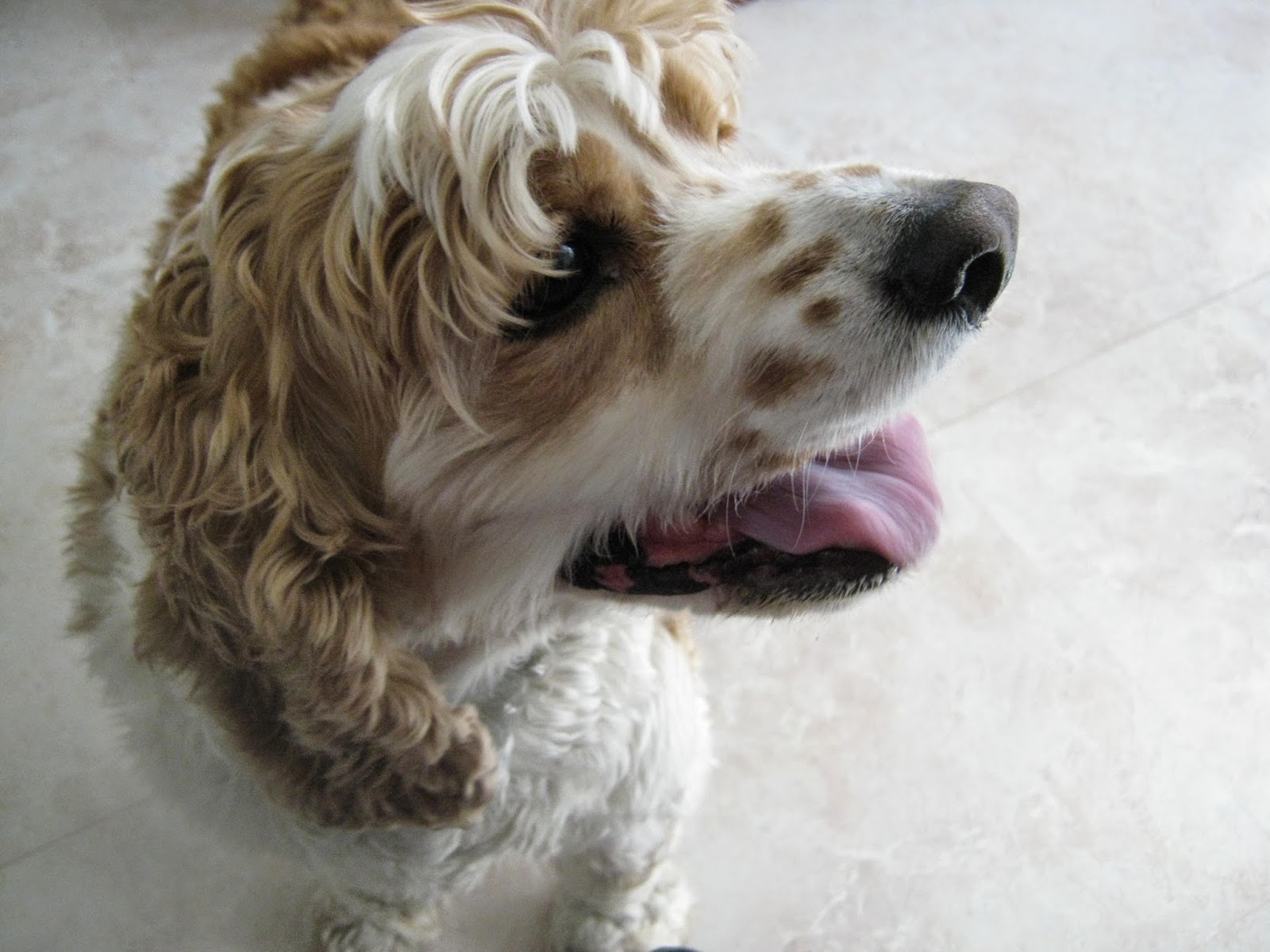