This is The Daily Bone and we’re your earnest doggie reporters Chester L. W. Spaniel and
Joseph (Joey dog) Spaniel. 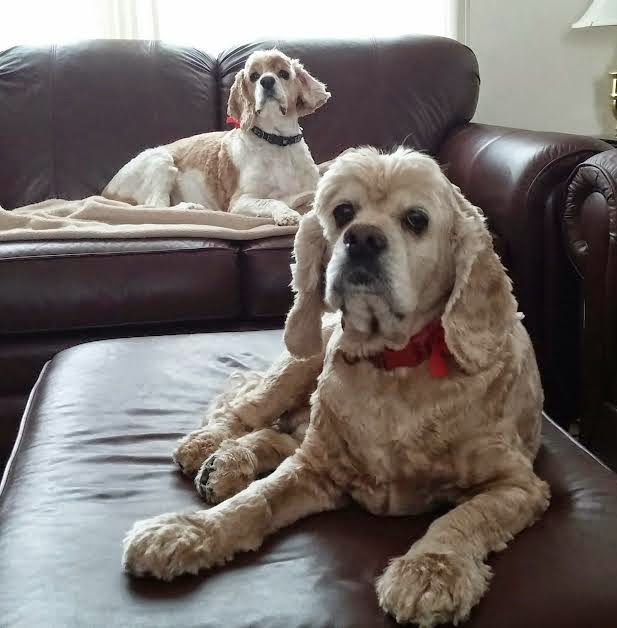 We have just heard that our esteemed Florida correspondent Miss Charlee Puppy was attacked by a big bad dog at a dog park yesterday. Charlee had her dew claw pulled off, but was otherwise unharmed. She had a terrible time at the vet who had to cauterize the wound so it would stop bleeding. Here she is, resting after her traumatic day. 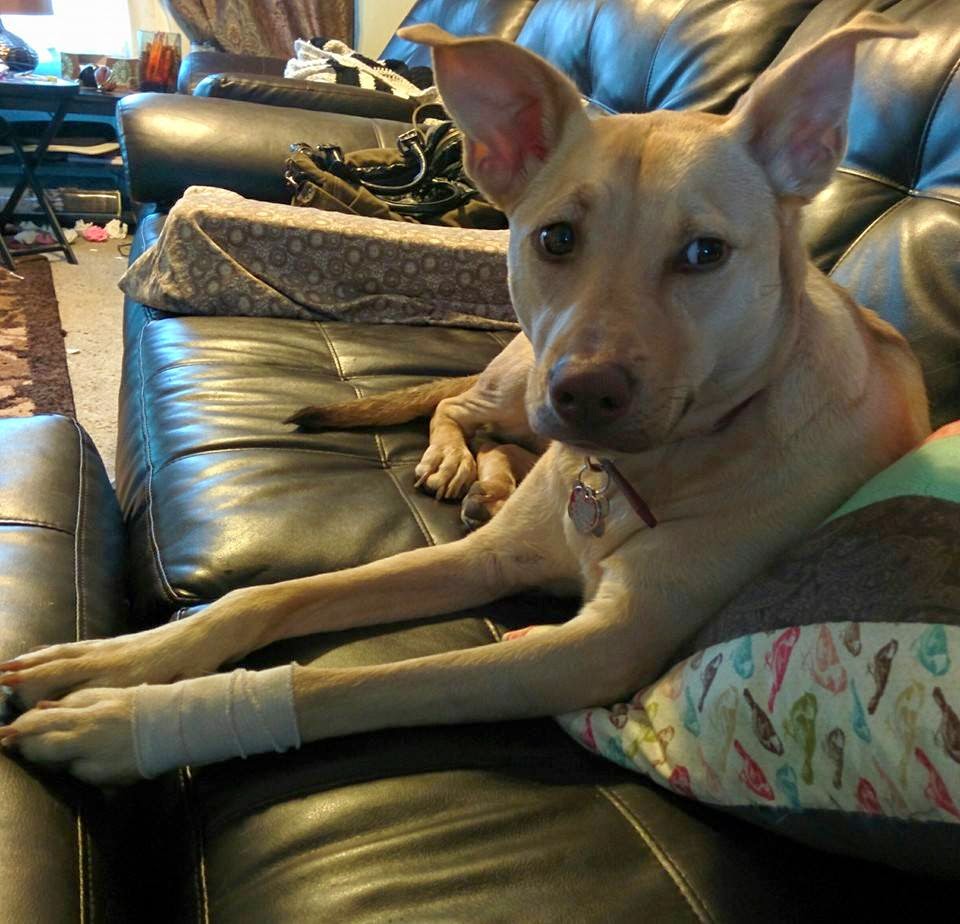 We are very sad and horrified about this and hope Charlee gets better soon. 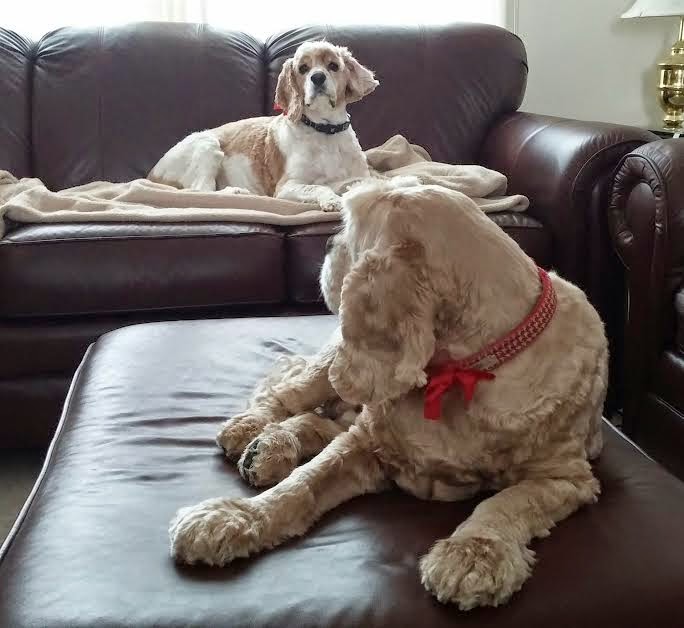 Humans should never bring their doggie to a dog park if they cannot control their doggie!

There has been lots of terrible, horrible news from the human world. You have only to turn on the TV to find out more. We will leave that up to your discretion. 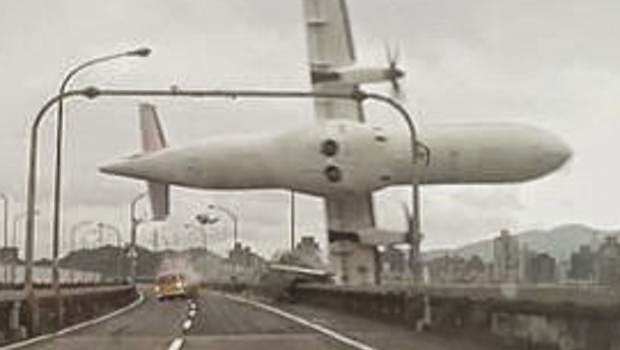 In other news, we received yet more snow this morning. The forecast calls for more in the next few days as well, and there is a winter advisory in effect. This is our house with the big snow drift on top. 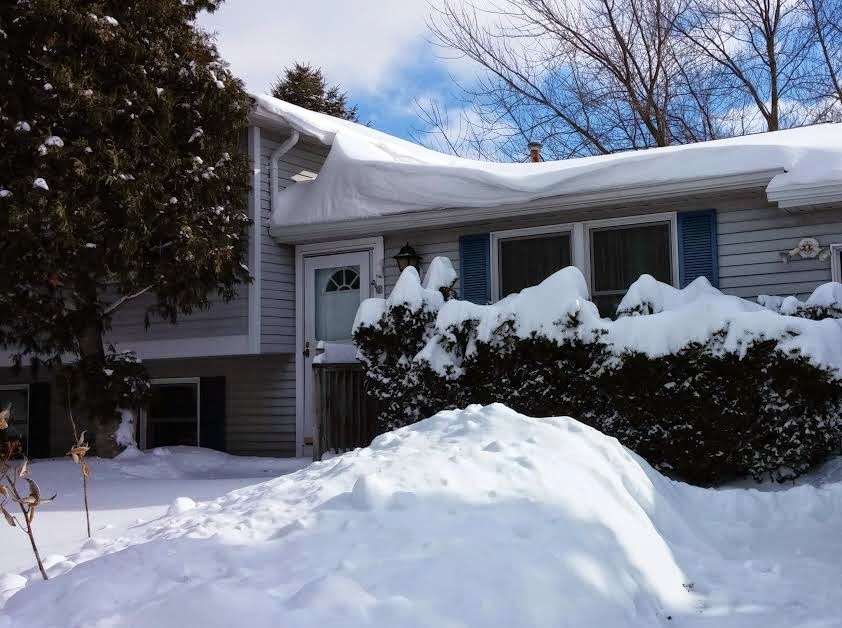 The Evil Squirrel Cartel has been out and about this morning. We spotted one picking up seeds under the bird feeder. I’ll be keeping a sharp look-out both indoors and outdoors. 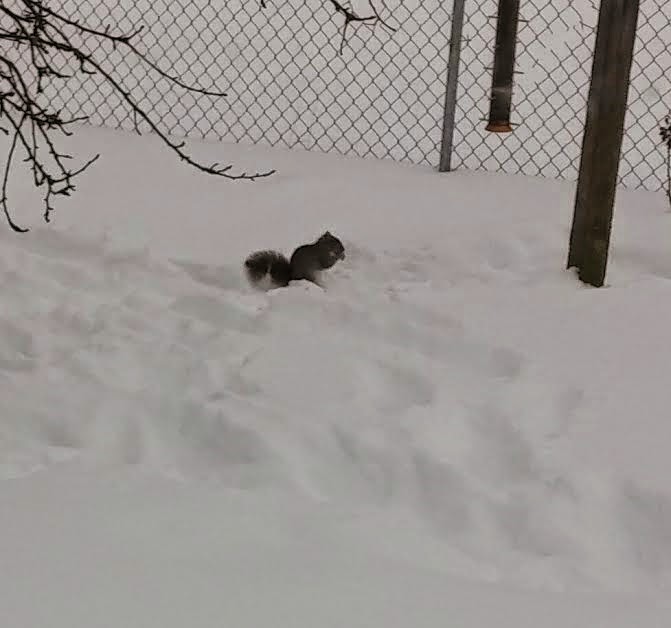 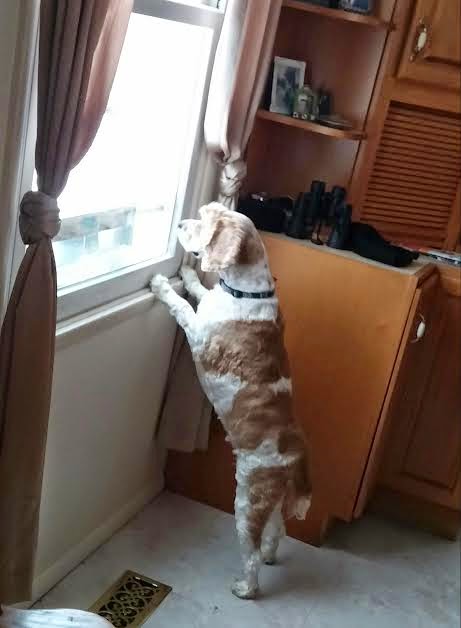 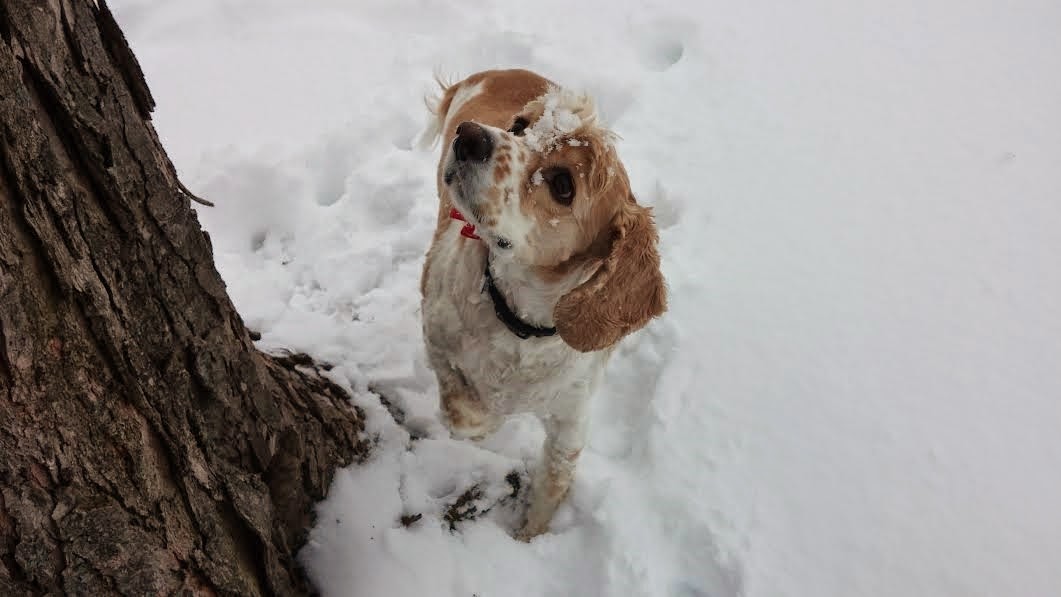 Joey dog and I did complete a few reconnaissance missions today. 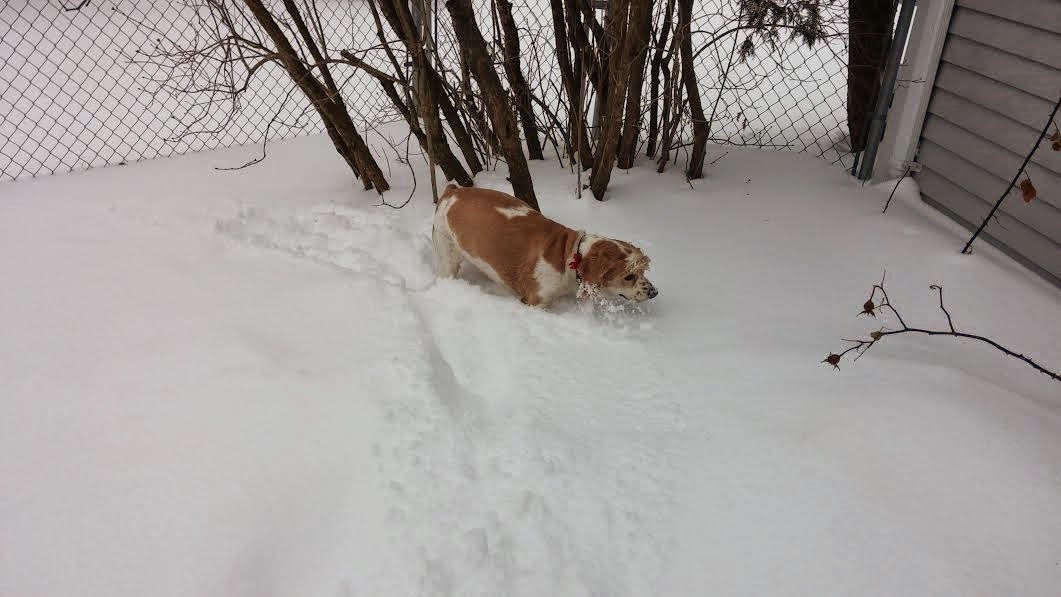 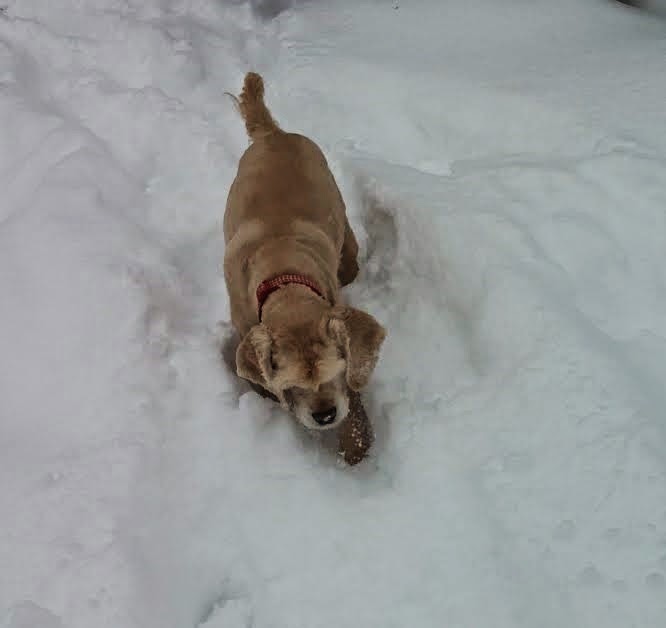 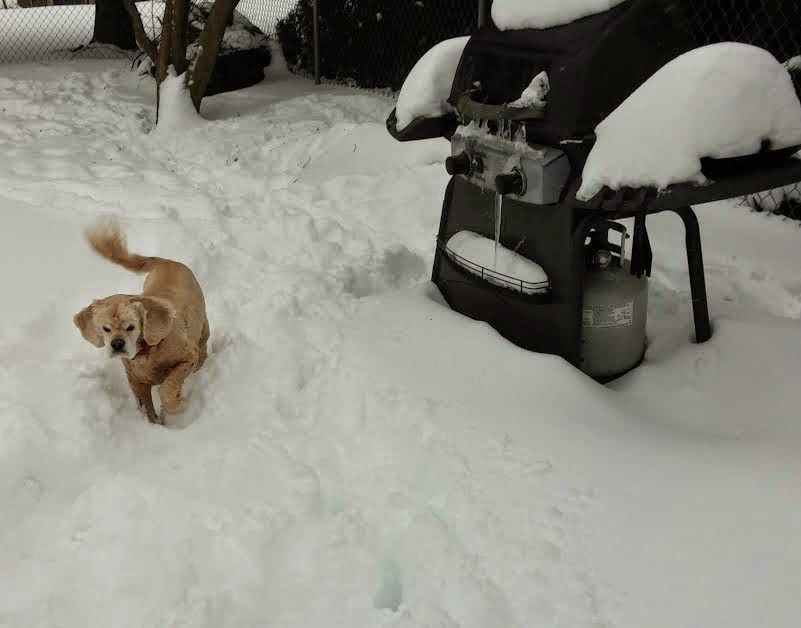 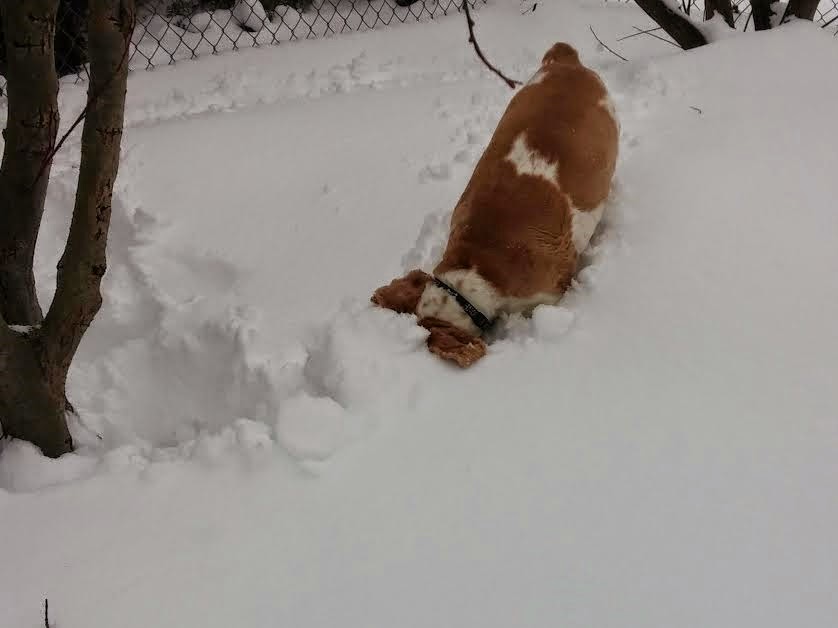 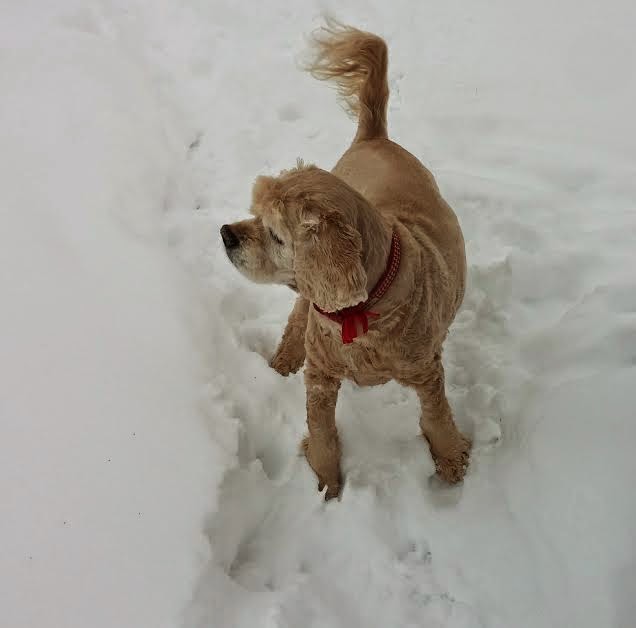 We also did some good exercise running in the snow. So we’ll leave you on a more positive note. 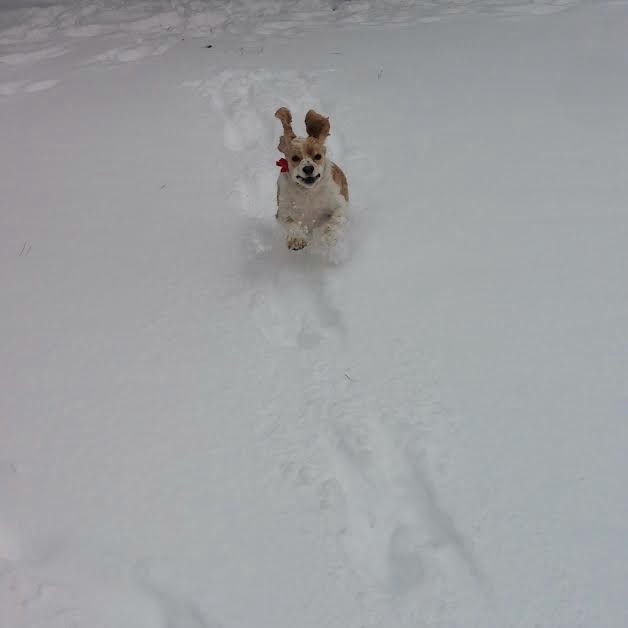