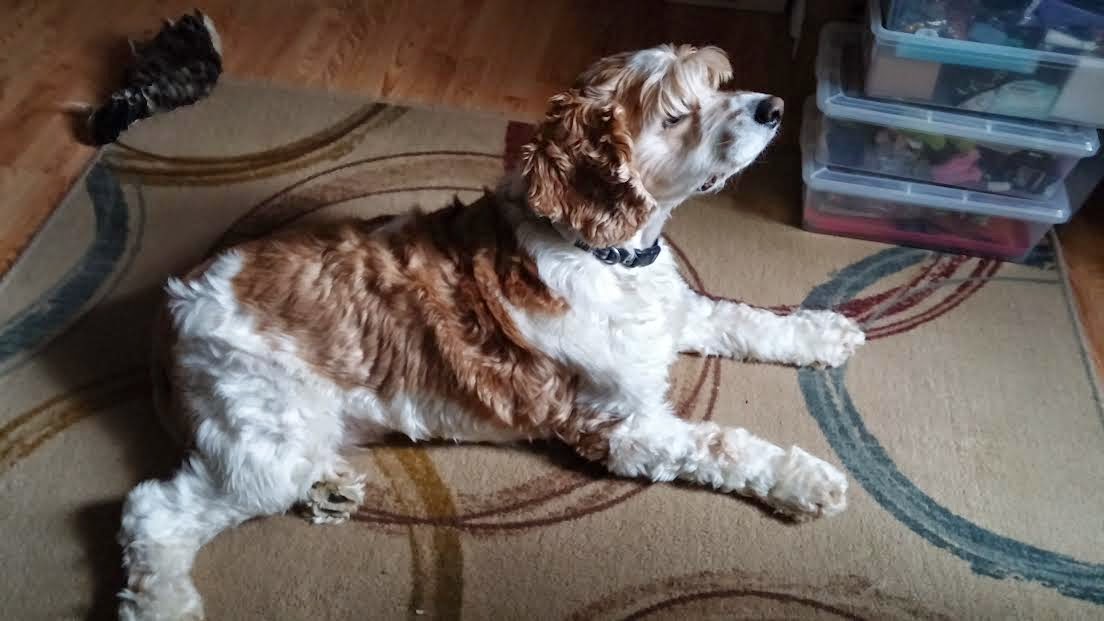 I have been watching the weather report, and looking out the window. Every day it says we’re supposed to get snow, and every day we do get snow. But it’s only been a little sprinkling of it, and it doesn’t stick around. Meanwhile, other parts of the country are getting deluged with snow!

Funny thing about Rochester NY. Quite often big snow storms skip us. They either drop the snow to the south or the north, or else run out of snow by the time they reach us. I’m not worried, though. I’m sure we’ll get a big blizzard sooner or later.

There have been other signs of winter. The little Junco birdies have arrived and are visiting our birdie feeder. The local sparrows and finches are dressed in their drab winter feathers. Most of the robins are gone. But there are always a few that stay, and eat the hawthorn berries. The squirrels like hawthorn berries too. My esteemed colleague Joseph (Joey dog) Spaniel and I would rather have the birdies eat the hawthorn berries, since the squirrels have plenty of acorns to eat in the neighbors’ yard. So, we are on high alert. The bunnies have been sneaking into the yard at night to eat hawthorn berries from the ground. They left us a pile of "cocoa puffs" in exchange. I guess that's OK.

When it's clear at night, you can see the constellation Orion rising in the east. In our part of the world, this means winter is coming for sure. It won't be warm again until Orion goes away! 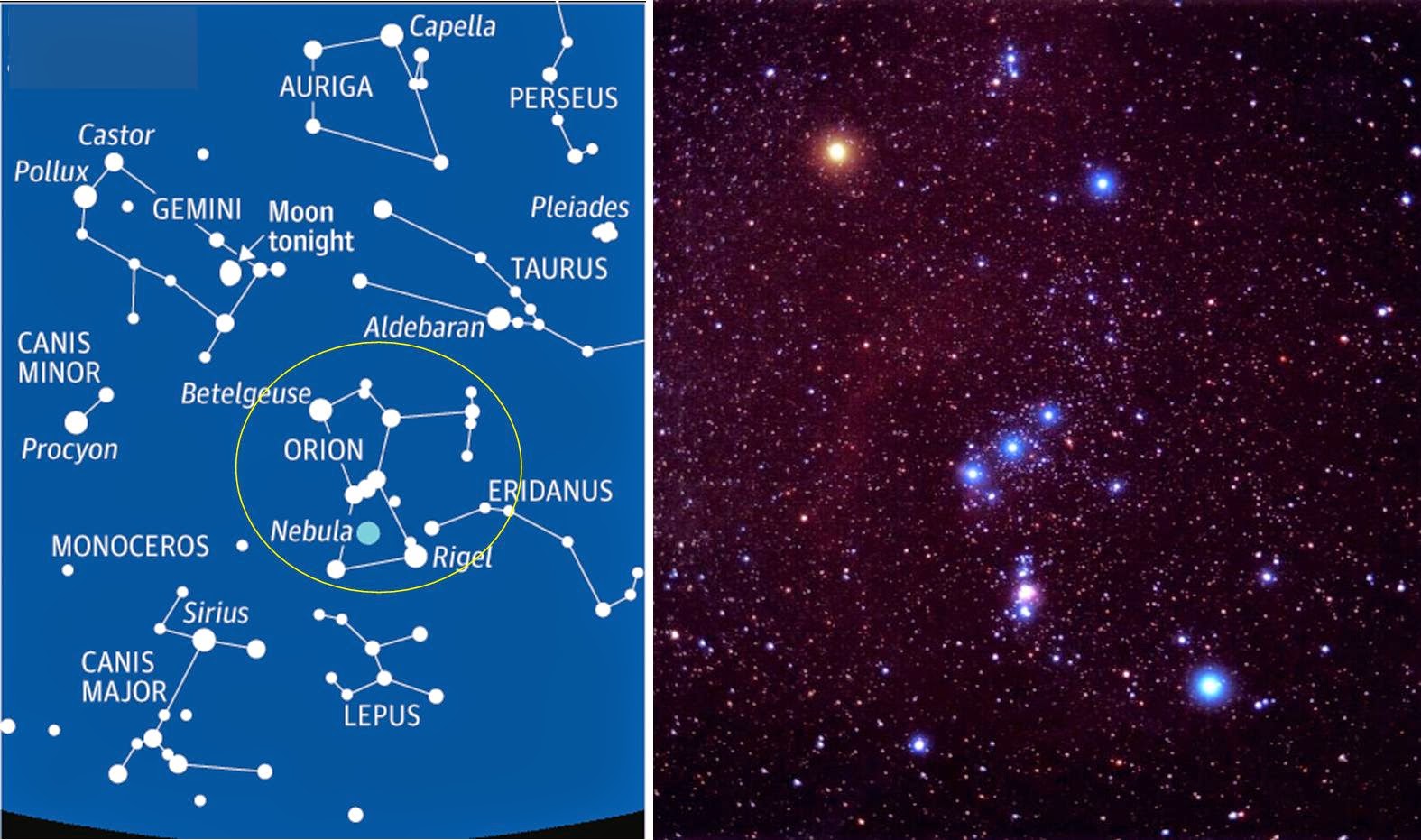 Oh, I almost forgot. Yesterday there were lots of those noisy hover birdies flying around. Here's a picture we took 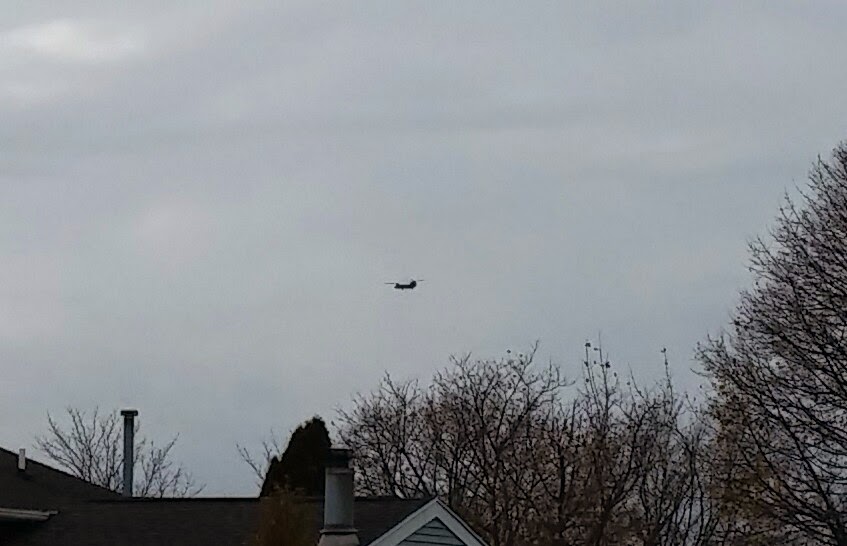 We did a bit of research and found out these are called Chinook helicopters and they're used to lift and move heavy things and transport troops. The National Guard was practicing flying them. What does this have to do with the arrival of winter? Nothing. I just love to see flying machines.