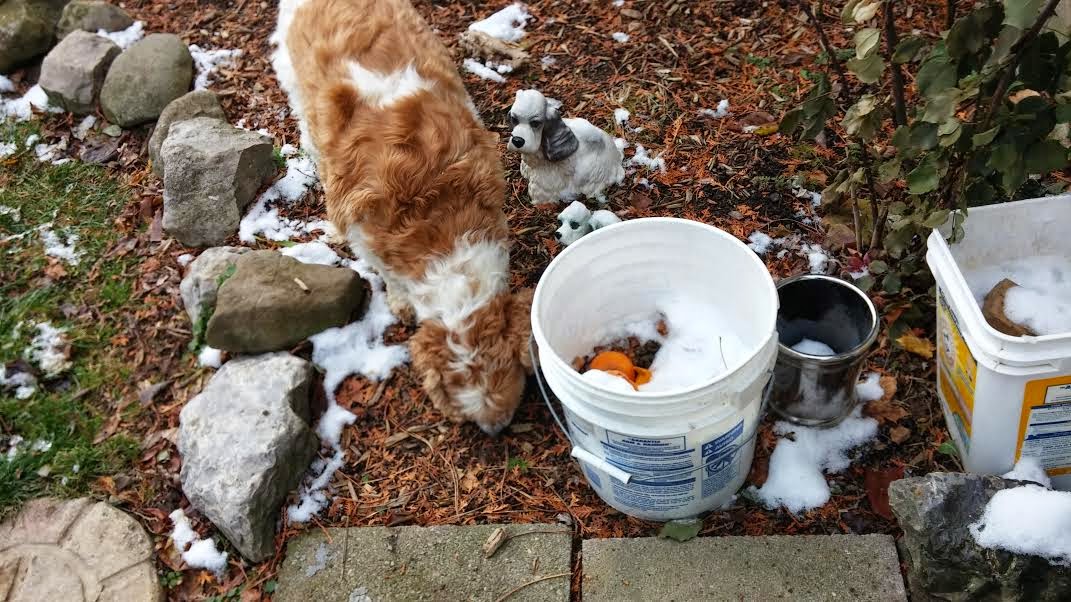 These are the compost buckets. We put two osage oranges (aka hedge apples) in there because they were getting moldy. We noticed this morning that said fruit was missing. 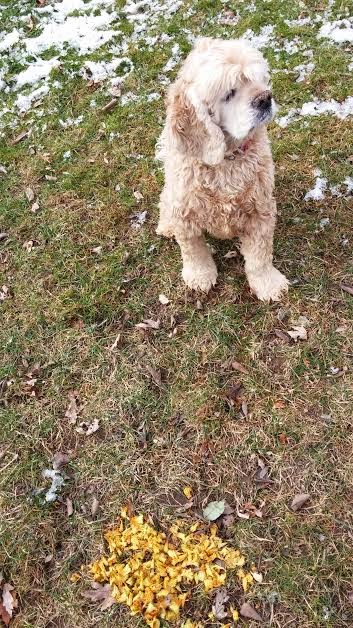 Special Agent Joseph (Joey dog) Spaniel discovered several mounds of chewed up organic material underneath the pear tree. After sniffing carefully, he concluded that these were the remains of the osage oranges from the compost bucket. 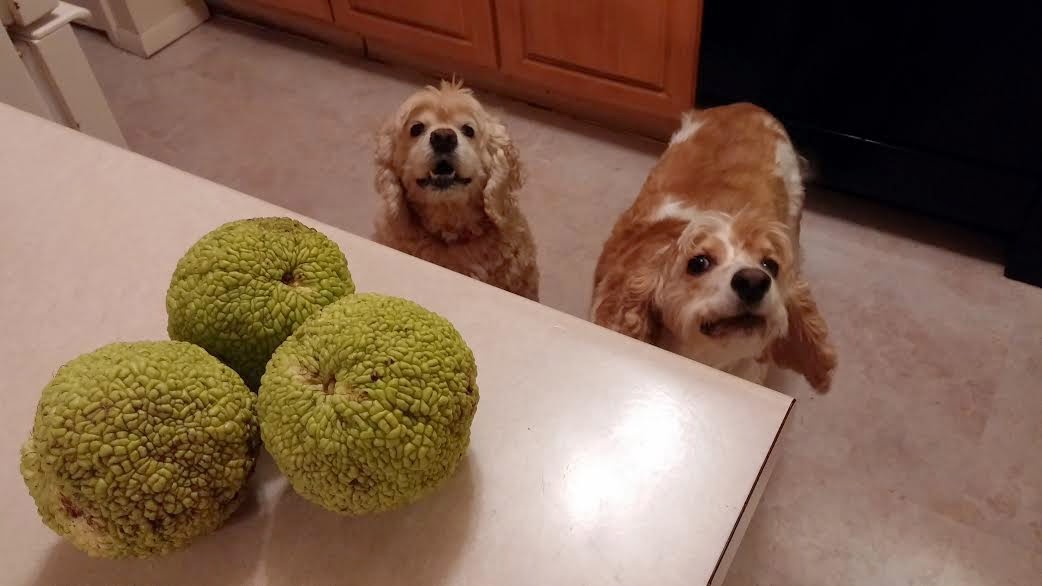 I was not so sure. As you know, osage oranges are green! (Here’s an original photograph from November 10, 2014, when we first acquired the large round fruit.) 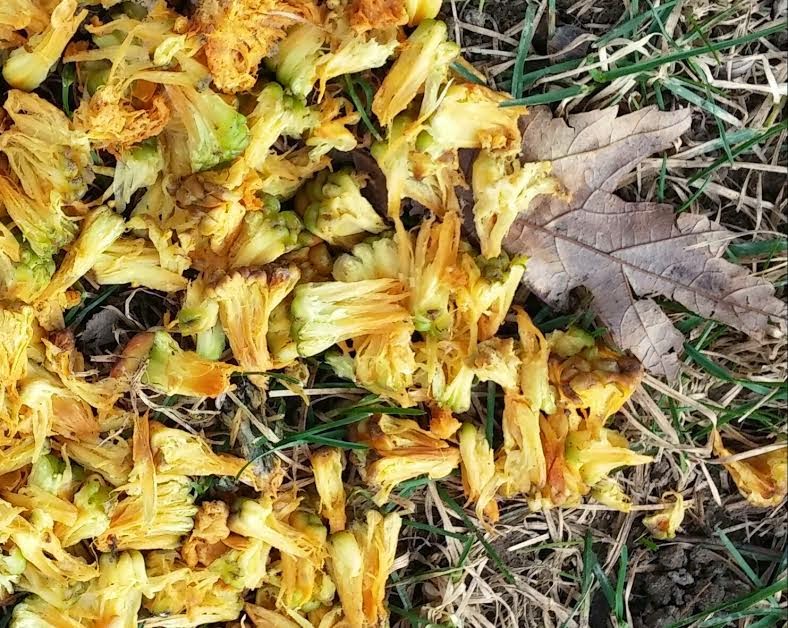 The remains pictured here are mostly yellow and orange. But if you look closely, you can discern fragments of the bumpy green outer skin. 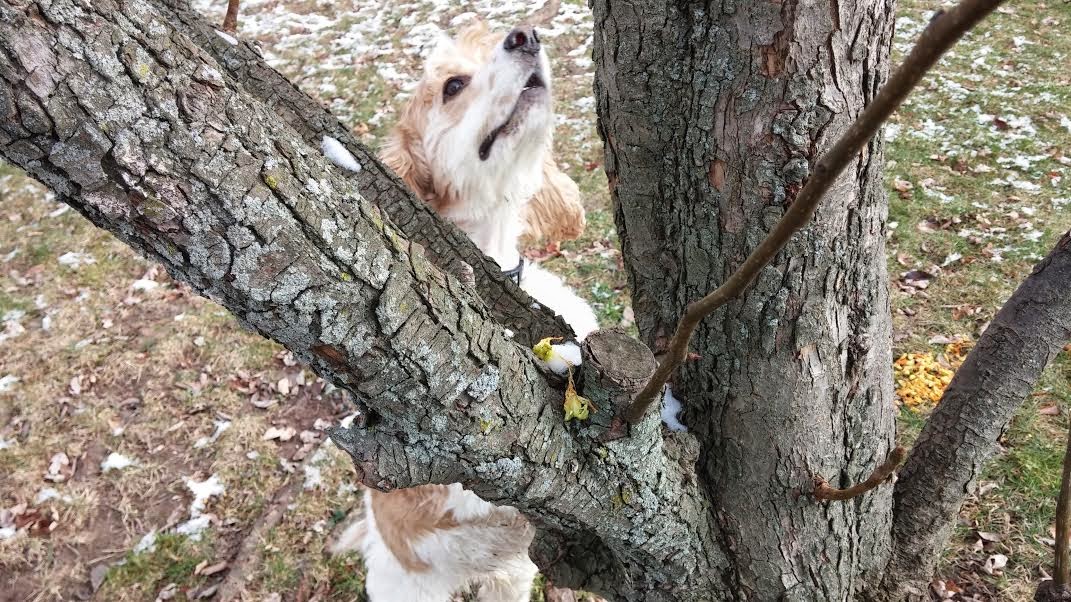 We began to widen the perimeter of the crime scene. Look, I found a bit of osage orange stuck in the pear tree. In addition, I picked up the scent of squirrel! 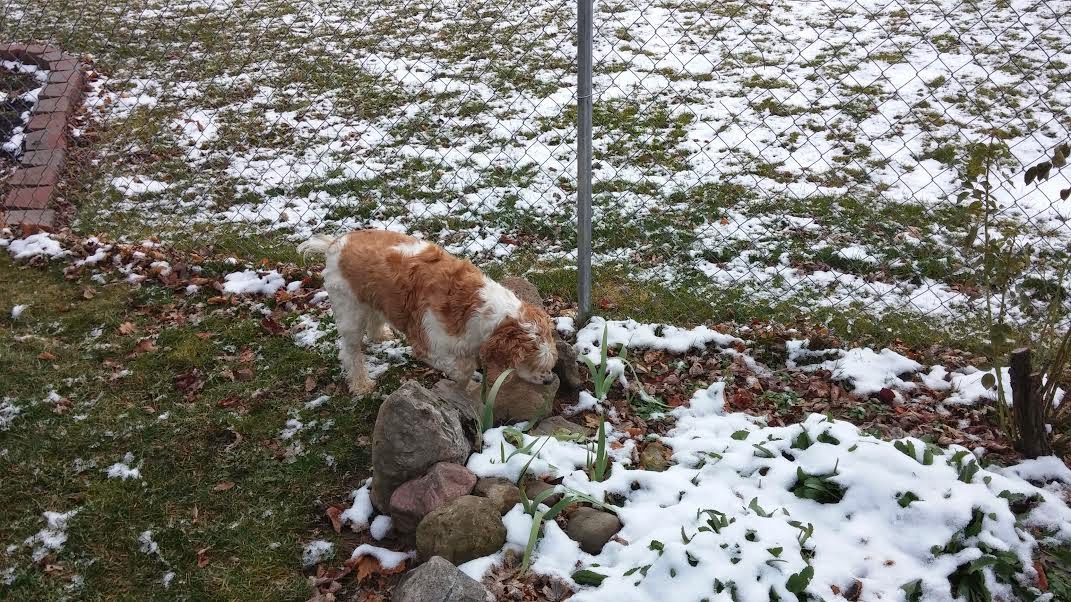 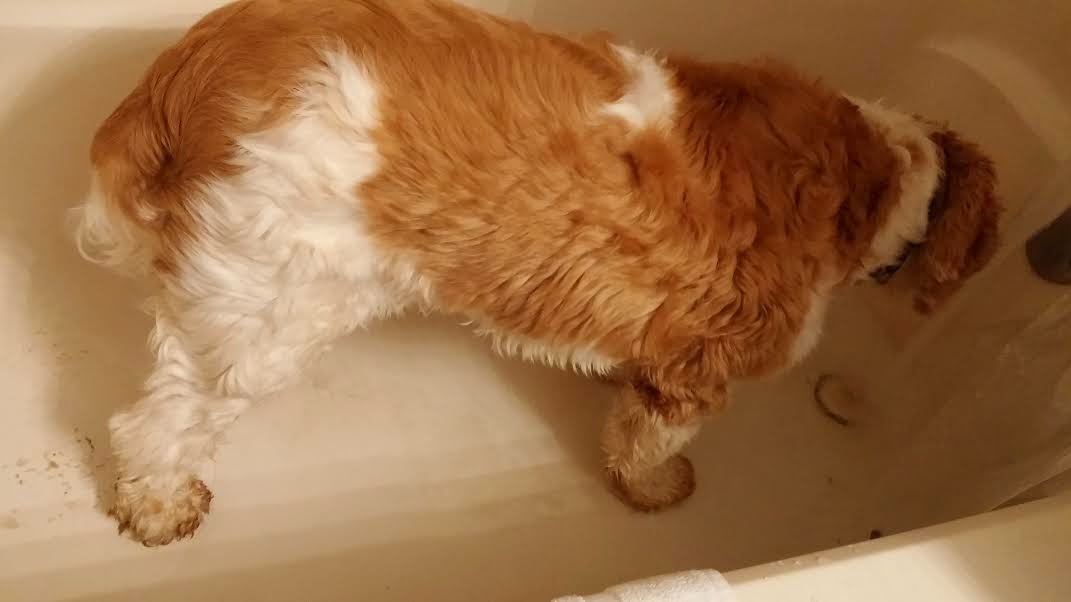 And I ended up having to jump into the bathtub to get the mud cleaned off my feet. (Don’t worry. I like to play with the water in the bath tub.) As you know, Special Agent Joey dog is quite fastidious about keeping his feet clean because he doesn’t like the bath tub at all! 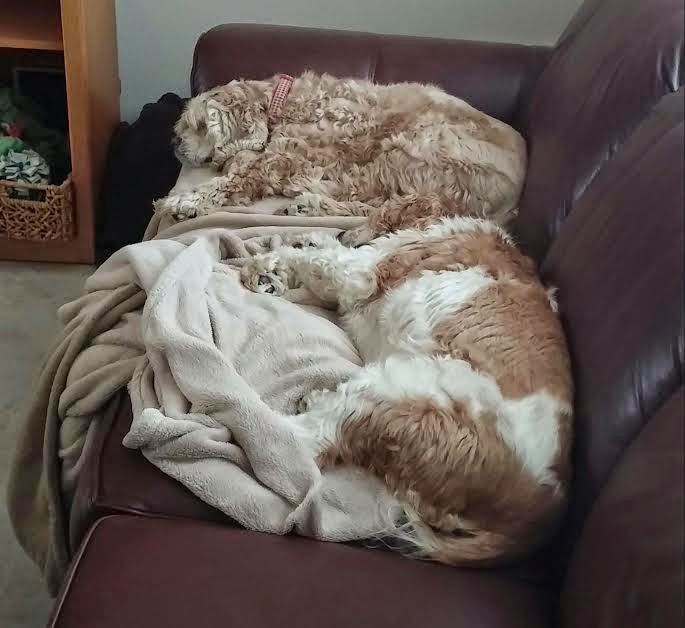 We retired to the sofa to mull over our findings. We still have one osage orange left. Since it is not very palatable for either doggies or humans, we could possibly use this last one as bait and finally catch an operative of the Evil Squirrel Cartel. That would be a triumphant day indeed!