Hello friends and doggies! This is The Daily Bone and I’m your adept and proficient doggie reporter Chester L. W. Spaniel. 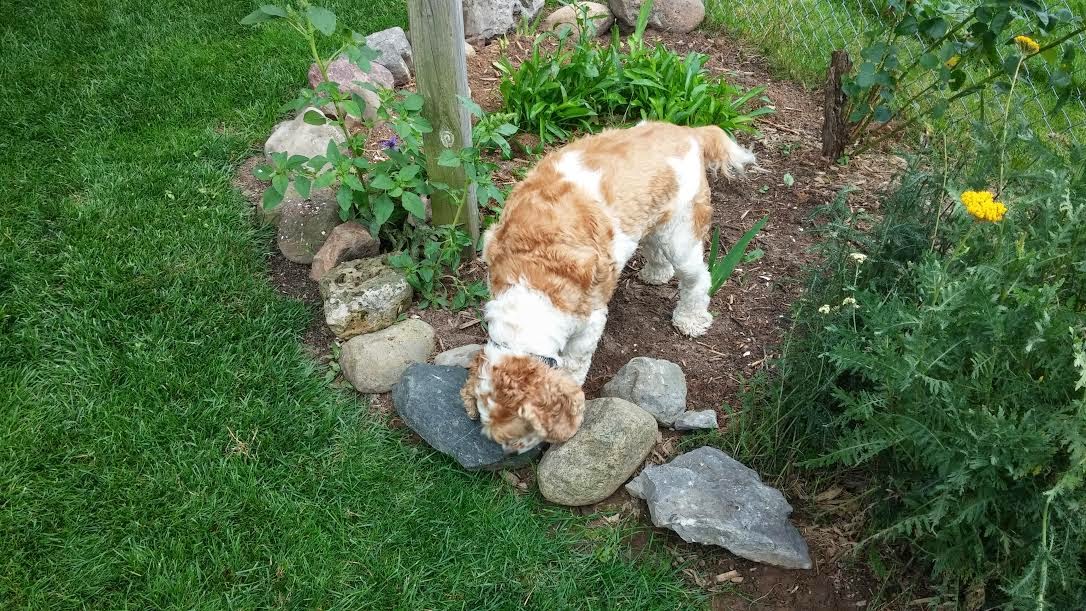 Everybody knows what a great tracker I am! I’m always finding critters in our back yard. But when I started barking at a rock, my ghostwriter thought I was nuts. But then she turned over the rock and found—surprise!—a shrew under it! Of course the shrew took off running. I followed it, but lost it in the great cone flower jungle. 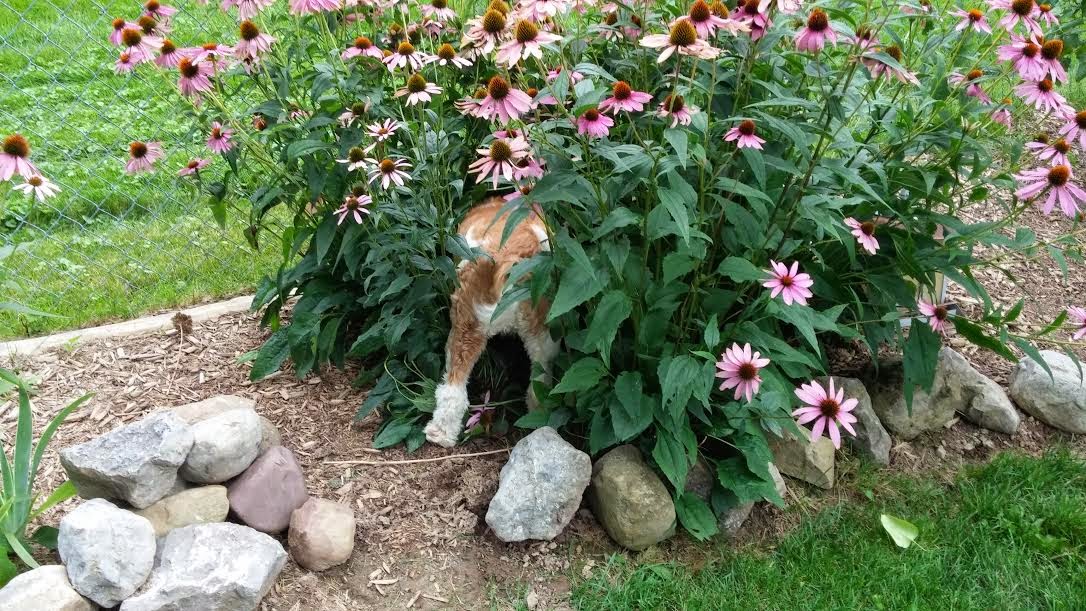 My skilled and experienced colleague Joseph (Joey dog) Spaniel helped to track it too, but we concluded it had indeed escaped. 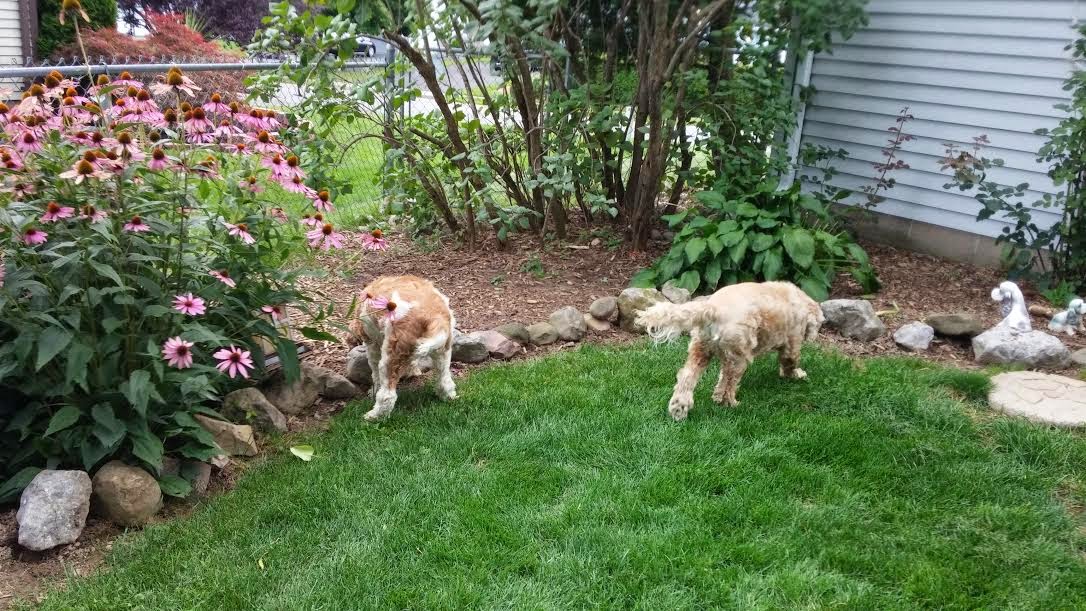 Now I know what you’re thinking: I’ve had plenty of chances to capture one of the many shrews I’ve found in the yard, but they always seem to escape. Instead of making excuses, I did some research. There’s a link to the site I found that has good basic shrew information.

Once you have studied this guide to the North American Short-tailed Shrew, you’ll believe me when I say: shrews taste terrible! They also have a venomous bite. By the way, last year I did actually catch one and my ghostwriter trapped it in the compost bucket. Here’s a picture of it. (We later released it.) You can also read all about it on The Daily Bone dated September 29, 2013, entitled “Let’s Have a Crisis!” 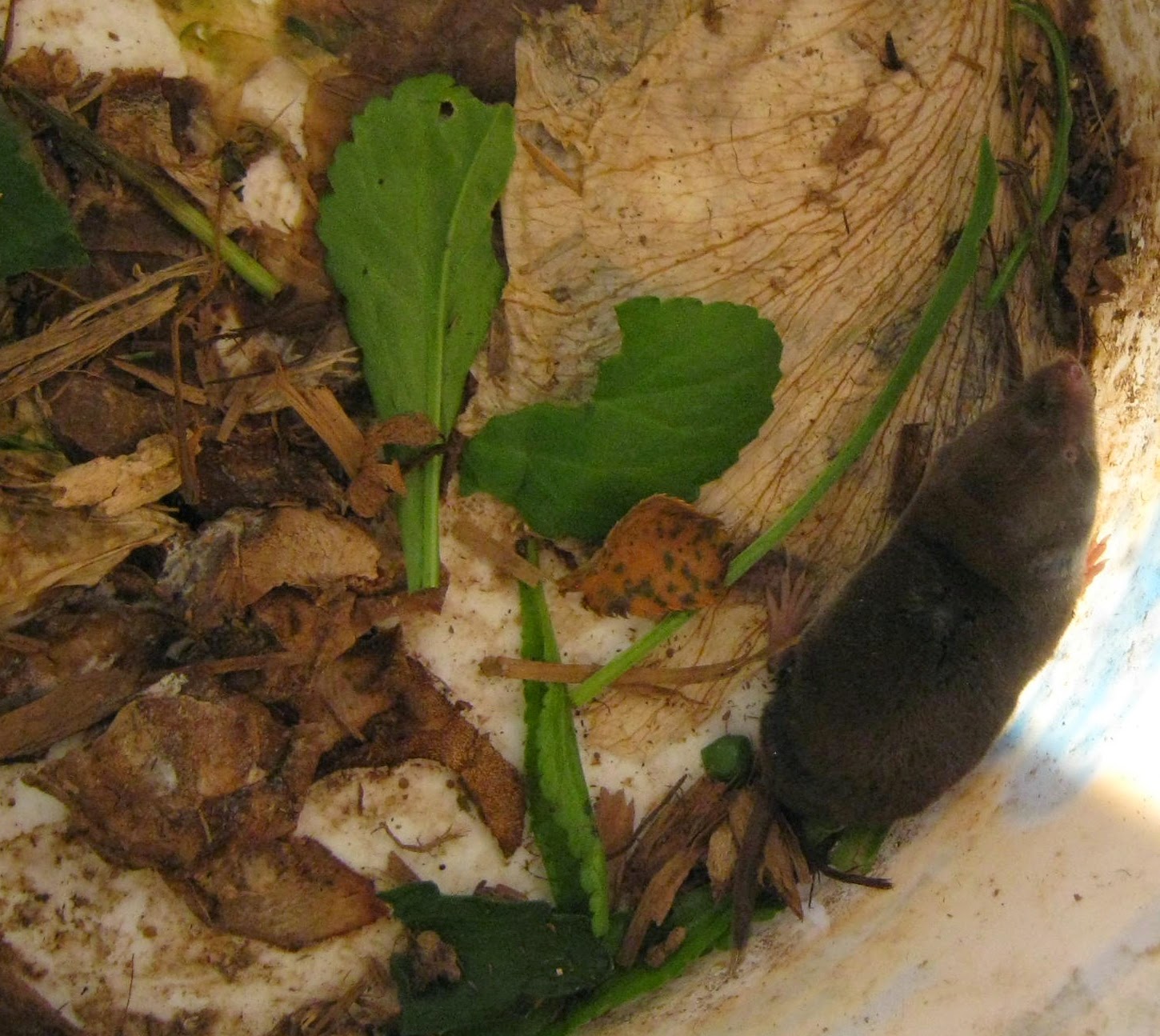 Oh, and here's a great video about shrews. Make sure you watch it until the end because the shrews do something really funny!