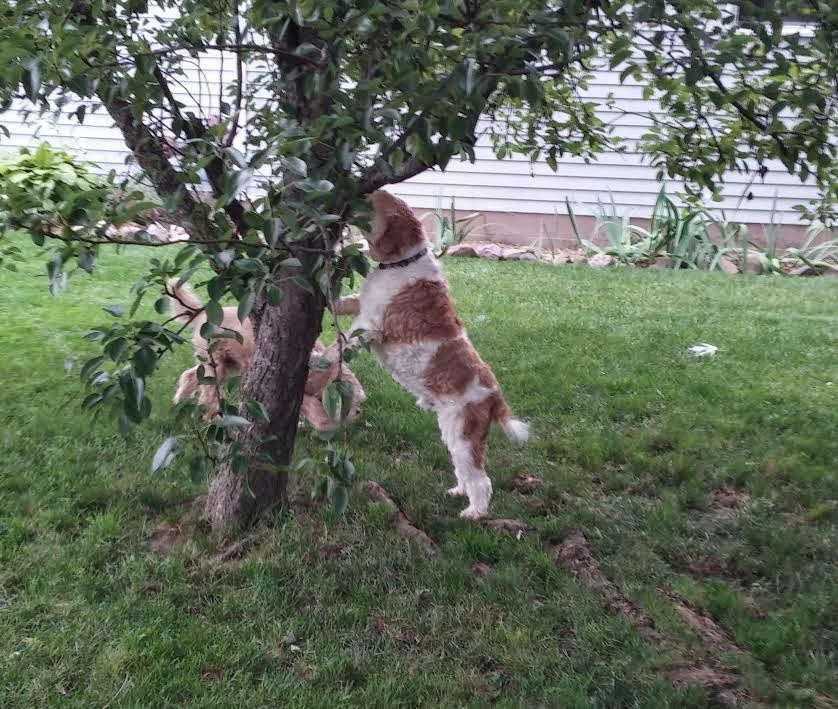 As you can see, my associate Special Agent Joseph (Joey dog) Spaniel and I are quite busy tracking the Evil Squirrel Cartel in our back yard. Although they already stole all the pears on the pear tree, they've still been lurking about. We have their derelict housing project in the silver maple under constant scrutiny to be sure they don't resume construction. We also have to keep tabs on the Conniving Chipmunks Consortium, Miscellaneous Mousie Mob, the Amphibious Toadstool sales representatives, the Stray Cat Club, and the Sneaky Shrew Squad.

So, we’ve invited a guest writer to present her research and observations on today’s TDB topic. And that writer is none other than Miss Charlee Puppy from Boca Raton Florida! 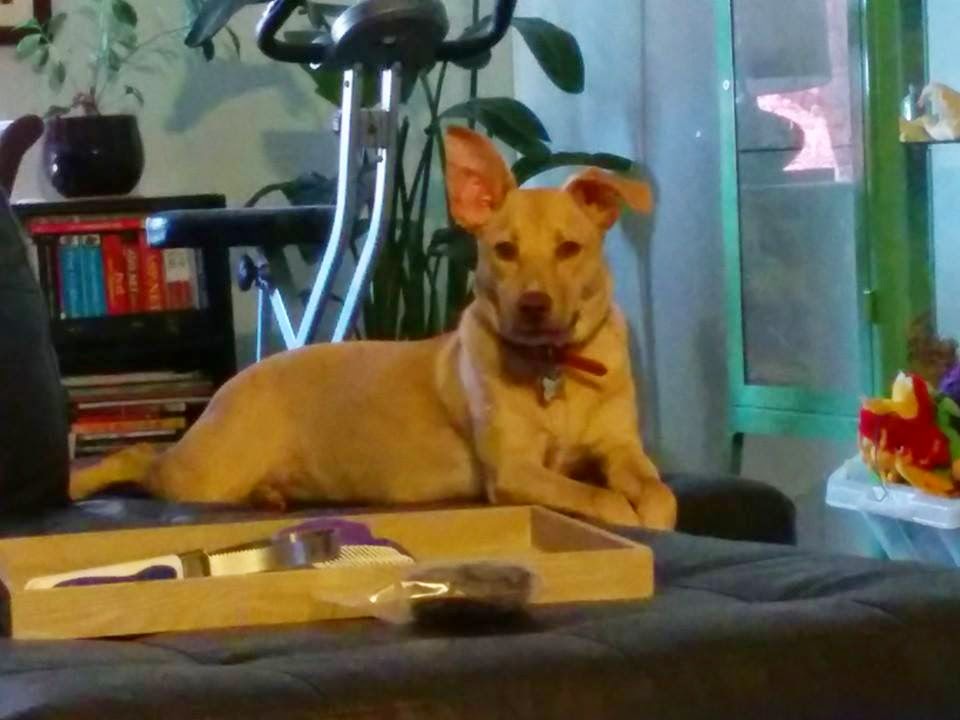 As you know, Charlee was selected to fill the void left by our esteemed colleague, squeaky toy and UFO expert Professor Braydie Spiker. While that is a vast void to fill, Charlee is trying hard to learn about paranormal experiences and alien squeaky toys. (Cue the theme song from The X-Files.) 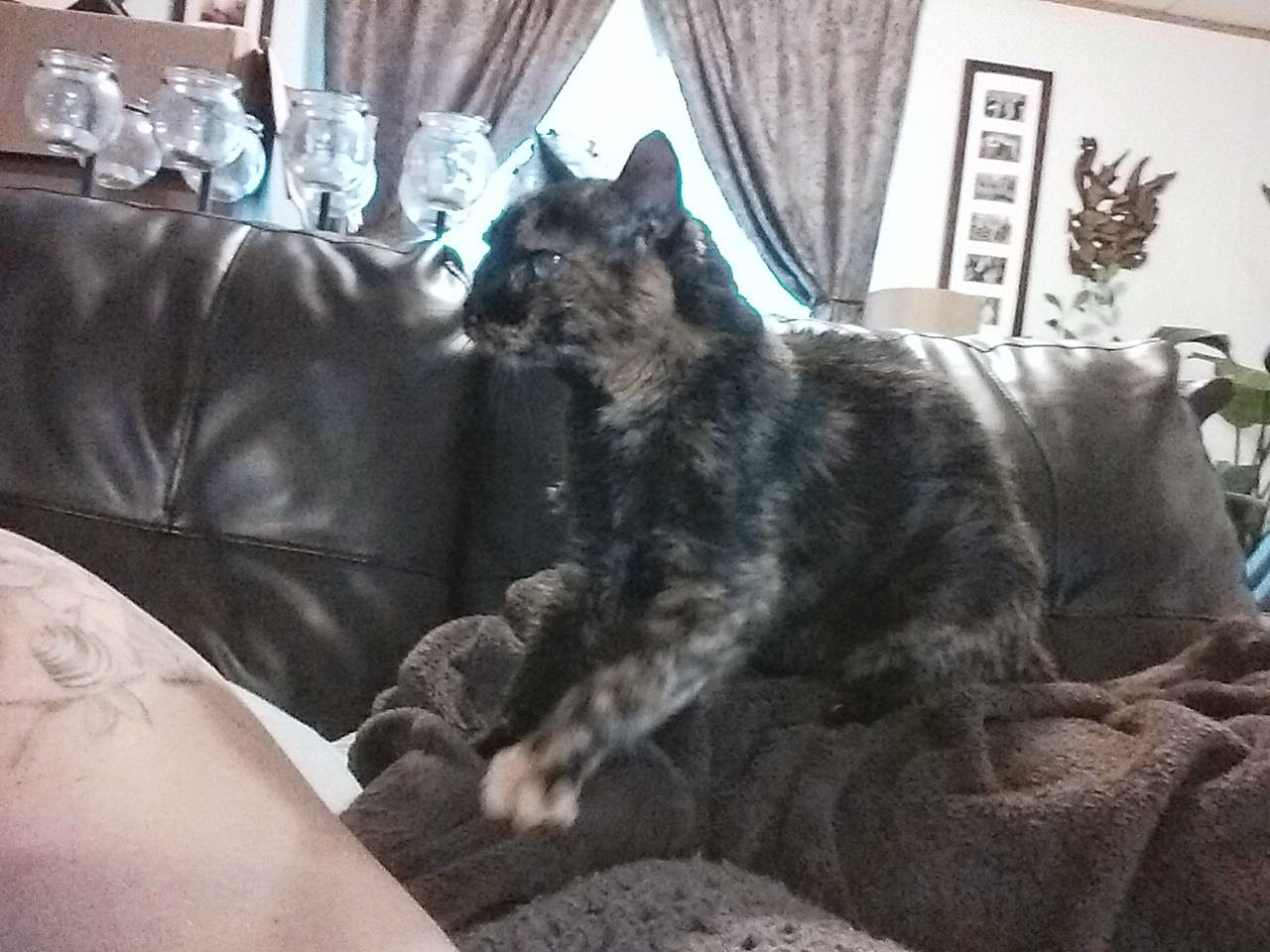 Fortunately Charlee has Professor Braydie’s aged, but astute protégée Lane to help her understand the fine arts of UFO analysis and squeaky toy levitation and classification, not to mention yum yum procurement. Indeed, there are a lot of weird things happening in Boca in summer! 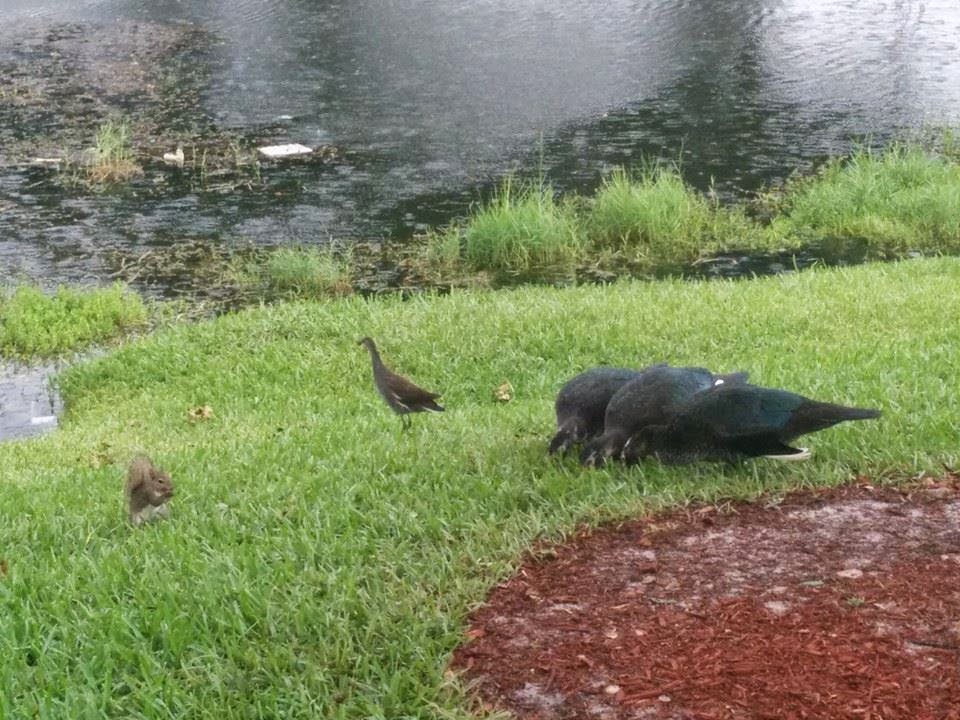 These ducks live in mall parking lots and take advantage of Boca Raton’s rainy weather and the seemingly  magical appearance of puddles and ponds. We are not sure what they are doing in this photograph. They seem to be employing a small dark egret as a look-out. Please note, the Evil Squirrel Cartel has an operative who appears in this photo as well. Charlee says she is not sure what the connection is between the weirdo ducks and the squirrels, but will definitely be looking more closely into this phenomenon. 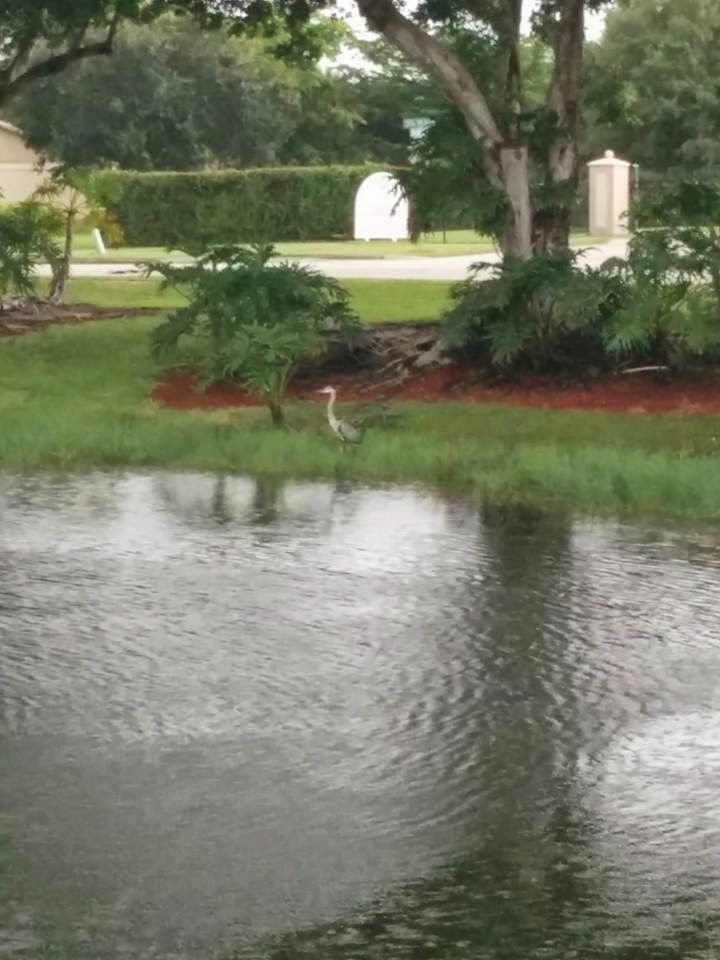 At the other side of this mysterious rain puddle a lone gunman heron was spotted. There is obviously a conspiracy going on here. We want to believe! 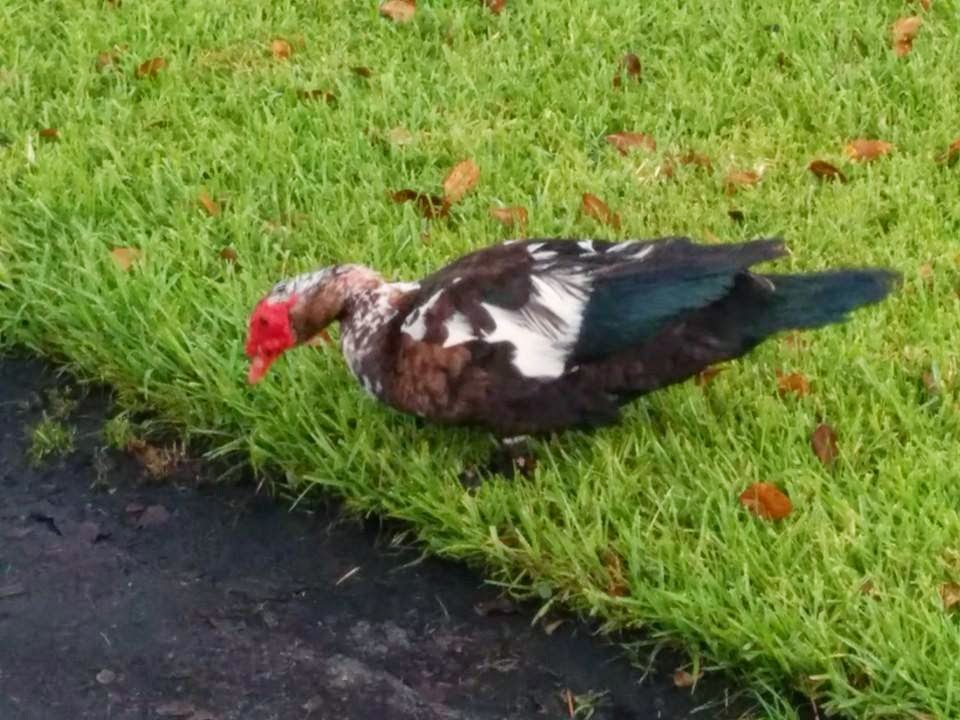 After conducting an extended stake out, Charlee was able to conclude that this particular duck, with the really red and contorted face, is the leader because it kept pushing around the other ducks. This example of hierarchy hints at the possibility of a military campaign. She also postulated that these ducks may have been subject to an unfortunate Transporter malfunction, and that’s why their faces are all messed up and their feathers don’t match. While this is a viable assumption, we're talking X-Files here and not Star Trek! Joey dog and I presented a theory that perhaps they got too close to the Chernobyl nuclear power plant cooling pond. They then rode the Polar Vortex that dropped them off in Boca Raton for an extended mission.

After doing a bit of research we found out that these are Muscovy Ducks, and they can become a nuisance if their numbers become too high. They poop all over the place, destroy lawns and are aggressive towards humans. (We have the same problem here with Canada Geese!) Here’s a good article (below) on how to safely capture them and control their numbers. Boy are we relieved! We were thinking that we might have to petition the President to intervene in this insidious invasion, and we all know how that will go! By the time he gets around to it, Boca Raton will be over run with alien ducks; and they will take the women and children as hostages; and the boys will be forced to serve their evil duck empire! What they might do to the local doggie population, we can only imagine in our worst nightmares!

However, we’re thinking roast duck with orange marmalade would taste really good right about now! How about that, Charlee?