Is It Mud Season Yet?

Good morning everybody. This is The Daily Bone and I’m your humble doggie reporter and political analyst Chester L. W. Spaniel, chairman of the Squeaky Party. With me today is my esteemed colleague Joseph (Joey dog) Spaniel, founder of the Yum Yum Coalition, as a guest political analyst.

So, we still haven’t watched the State of the Union Address. The Evil Squirrel Cartel has launched a full-on assault on our yard for the last several days, and we have been extra busy with high speed chases and important surveillance duties. However, we doggies are thinking that by checking out what is said on the media, we can probably get a pretty good idea of what it was about. According to the right wing channels, the entire speech was a steaming load of socialist garbage, and the President must think he’s the dictator of a third world country; and America will soon be reduced to a third world country if we keep following the President’s toxic agenda. According to the left wing press, the speech was wonderful, and all those conservative ninny-hammers are just being jerks for criticizing it. We happened to see a video of a comedian making fun of members of Congress, and aping what they said using a dopey voice, along with comparing the Republican Party to purveyors of bulls–t, which the audience thought was hilarious.


Joey dog and I thought carefully about all of this. We were reminded of the elections of 2012, when I first formed the Squeaky Party, and first heard of the term: mud slinging, which is a metaphor for character assassination. Obviously mud slinging has risen to some pretty lofty heights these days. It would seem that we are all waist deep in mud, and completely coated with it by now. What a mess! How can our great country continue to function with efficiency and dignity in this state? 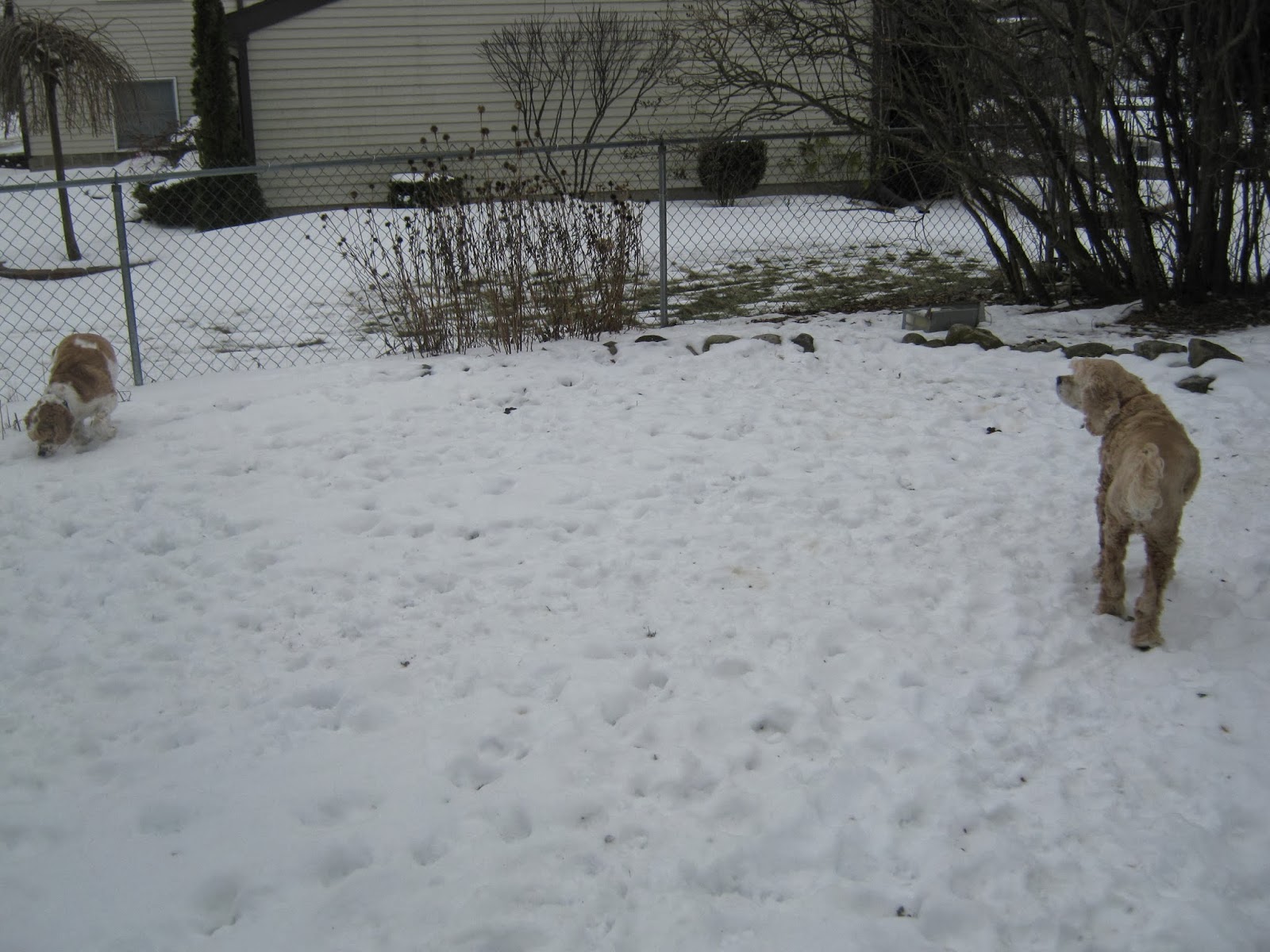 In local news, the weather is starting to warm up a little. The snow is slowly melting and doggie poop that was buried in snow for the last several weeks is rising to the surface. Dead grass, trash, leaves and sticks are beginning to show at the receding edges of the dirty snowdrifts. Pretty soon the entire yard will be full of mud puddles. In Spring, our humans plan to pick up the poop, and then rake up all the debris, and put it into the compost pile, and hope something grows out of it besides weeds, thistles and deadly nightshade. Perhaps our politicians and the media might think about doing the same. And that’s a memo.