This morning the temperature was 1ºF. The wind chill was -20ºF. In spite of this wintry weather, the brown-headed cowbird is still hanging around. 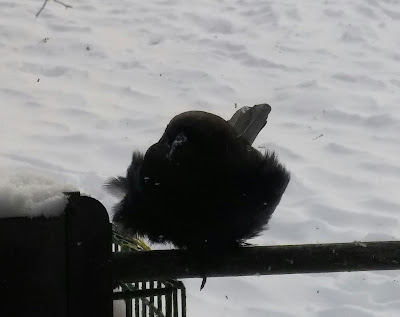 He's very brave (or stupid) because ghostwriter can get right up close to take pictures of him. 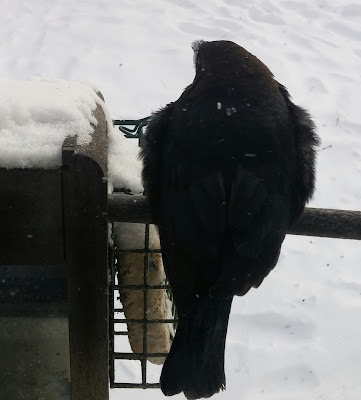 I wonder if this was the same birdie we watched grow up in a chipping sparrow's nest last June. He would let ghostwriter pat him on the head! (In case you didn't know, cowbirds lay their eggs in the nests of other birdies and then leave them.) 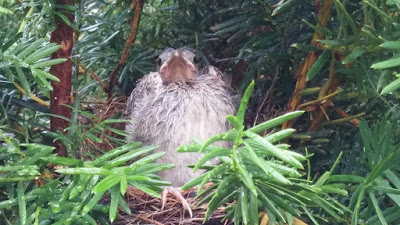 Or maybe he was raised by the house sparrows. They don't migrate, so he didn't know enough to fly south with his cowbird colleagues. But now the sparrows don't pay any attention to him.


Maybe they're mad at him for something.

Sometimes he pals around with the juncos, or the starlings, but he has no flock of his own.

I think he has a heck of an identity crisis going on!


Later, we were surprised to see one solitary squirrel snarfing seeds from the ground. Usually when it's this cold, the Evil Squirrel Cartel spends the day holed up in their secret headquarters, sleeping, or making new plans to plunder the birdie feeders and take over the world. 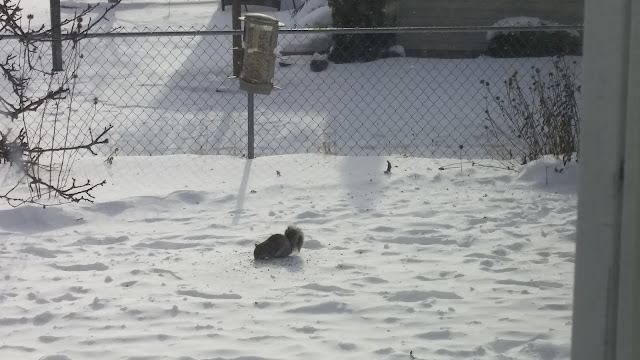 Excuse me, but I have to go out and chase him now. 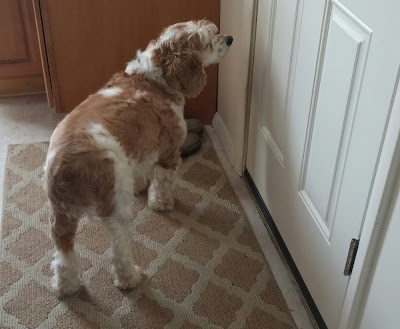 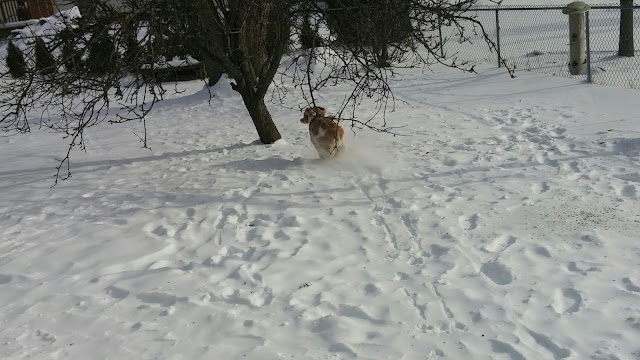 I came right back in, though. It was too cold to stand under the tree and bark! 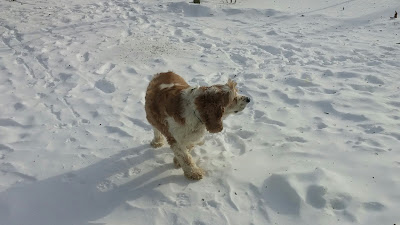 Ghostwriter says she doesn't begrudge that squirrel a few birdie seeds when the weather is this cold. Look at the clouds! Looks like another squall coming! 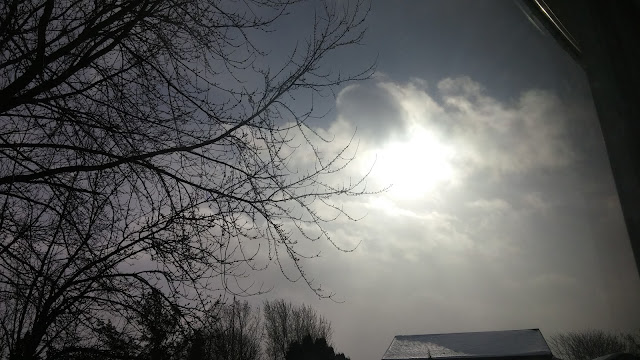 After the squall, look who came back!


Debbie Dove dropped by to say hello. But he just shook his tail feathers at her.

Then he tucked his head under his wing and took a little nap. 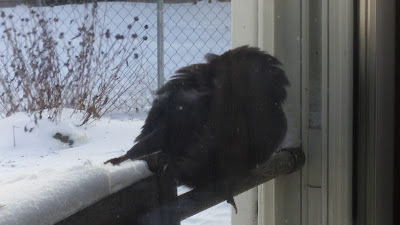 What a strange fellow! But a nap is not a bad idea. 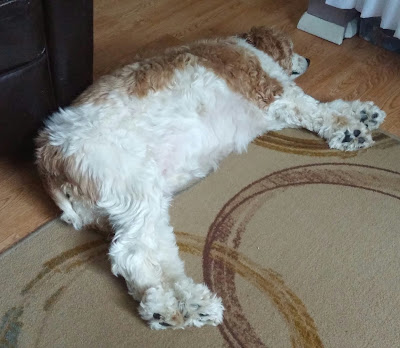 I hope he makes it through the night.

The scientific name for the brown-headed cowbird is molothrus ater. Here are a couple links if you want to learn more about these birds: