Good afternoon one and all. This is The Daily Bone and I’m your intrepid doggie host Chester L. W. Spaniel. Today we’re going to take a break from all that politics stuff and talk about other things.

The days are getting shorter and the nights, cooler. The kids are back in school. We bark at them every morning as they walk past our house to the bus stop. Football season has started. Here is a picture of me and my colleague Joseph (Joey dog) Spaniel with a football game on the TV.

For all you science geeks out there, whenever there is a cool night, be sure to go out early in the morning and look for cicadas in the grass below your big trees. The cold kills them and they fall out of their trees. But the birds eat them up pretty quickly so you have to go out early. Mom found a nice one this morning, plus a couple feathers. Oh, and don't worry that the neighbors might think you're a nut case walking around searching in the grass at 6AM. A true science geek never worries about appearances! Besides, they're probably used to seeing you aim your camera at weird stuff like bugs and bees and spiders! It’s also the time of year when the Evil Squirrel Cartel, the Miscellaneous Mousie Mob, the Sneaky Shrew Squad, and the Conniving Chipmunk Consortium are trying to fatten up for winter. They’ll be watching your bird feeders closely. The squirrels have been busy harvesting acorns from the neighbor’s yard, then eating them, and burying them in our yard. Evidence of this is provided below.

Apparently, the Sneaky Shrew Squad has sent a new operative into our yard. I smelled that little invader under the rocks in front of ghostwriter’s irises. 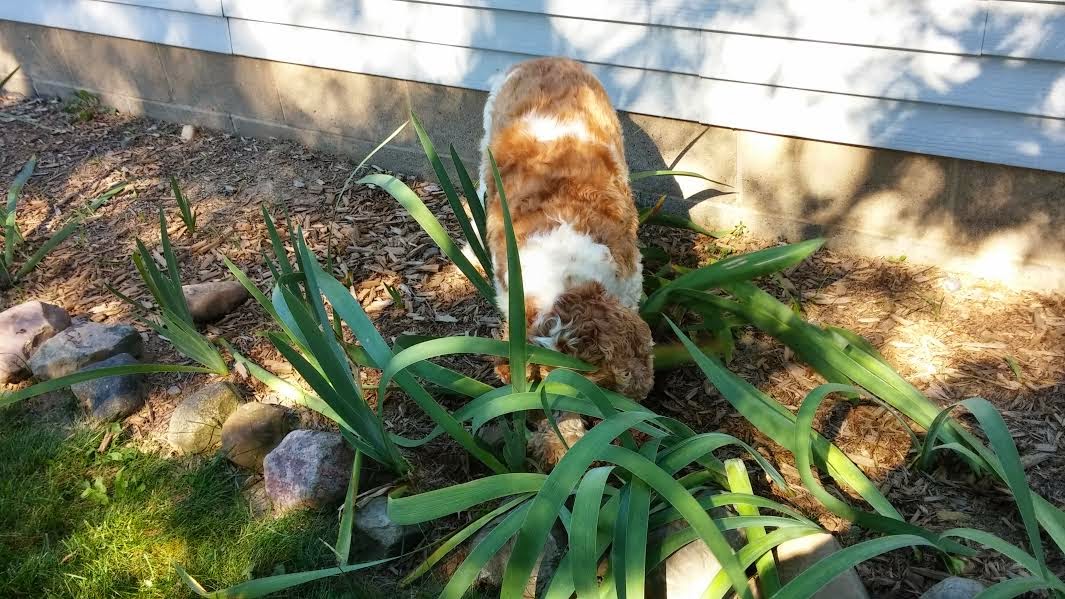 I immediately initiated my standard “I found a shrew!” alarm call barking, and began an excavation. Ghostwriter turned over some rocks. We saw the shrew and I caught it. But, as you know, shrews taste terrible, so I gave it a shake and sent it flying. It promptly ran into the chives. 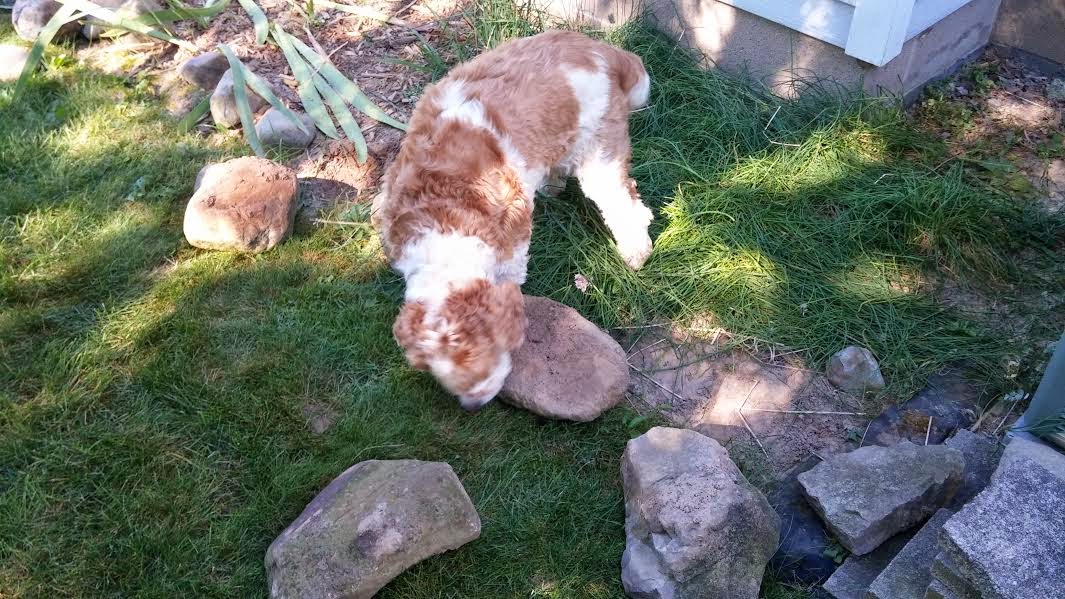 As you know, chives are quite pungent, which overloads my sense of smell long enough to throw me off the trail. (They don’t call themselves the Sneaky Shrew Squad for nothing!) I’m going to ask Dad to run the mower over those darn chives! Grrrr! 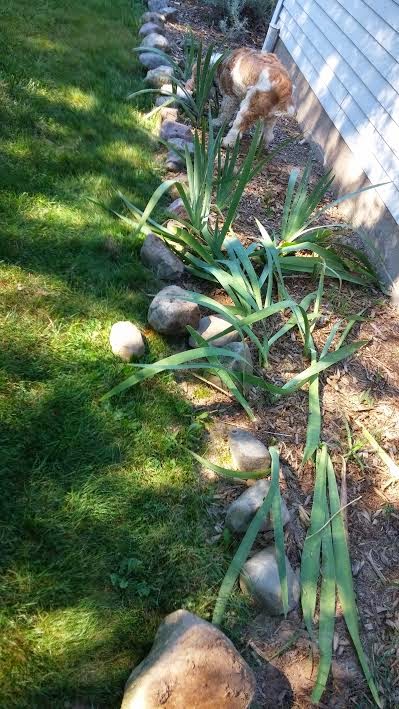 Ghostwriter made a comment about my shrew hunting technique. I must have heard it wrong, but it sounded like, "look at that path of destruction!" Well, someone has to keep with the rabble!