Greetings friends and fans. I'm your energetic doggie reporter Chester L. W. Spaniel and this is a
special edition of The Daily Bone. 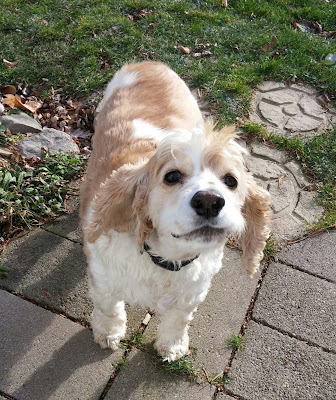 The other day I did a report on lake effect snow in Western NY. Well, today we have the chance to show you some! As you can see in the picture above, there is no snow. This picture was taken earlier today around 11 AM. It was even sunny out! But over the next couple hours snow clouds rolled in. 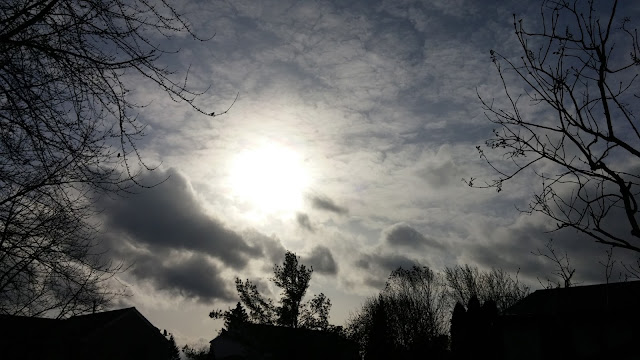 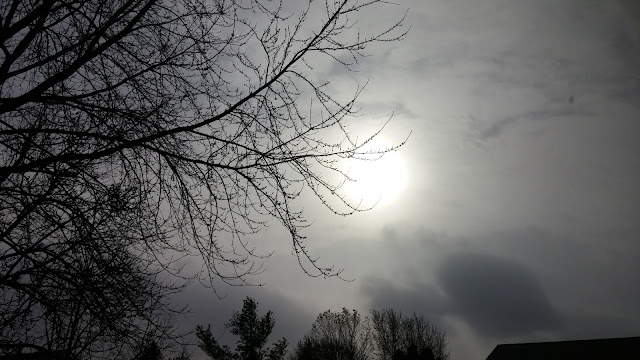 It's been snowing steadily since then!

Dad turned on the TV to watch his favorite football team, the Buffalo Bills. Look what it looks like where they are! (Buffalo is only about 40 miles west of us.)

What a mess! It looks more like a hockey rink than a football field!They had to stop about every ten or fifteen minutes so guys with blowers could clear the lines on the field. Dad says the people in the stadium were throwing snowballs at each other! 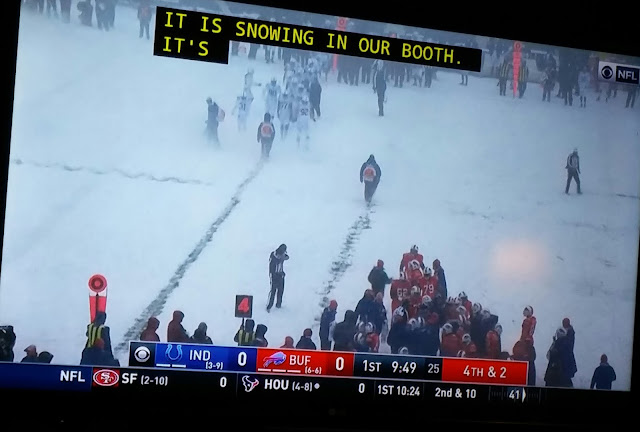 Here's a picture of the lake effect snow that's coming off Lakes Erie and Ontario. The blue areas are where it's snowing. 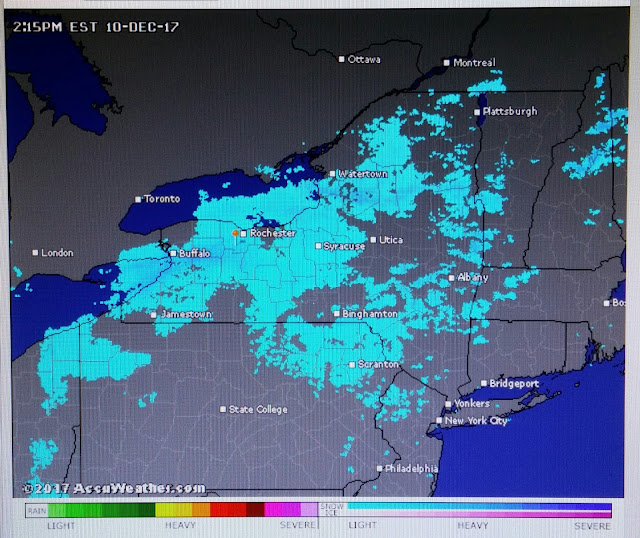 I'm going to keep watching to see how much snow we get. I'll provide updates as the day goes on. 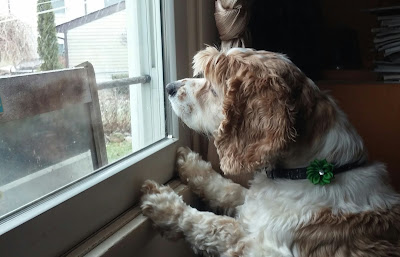 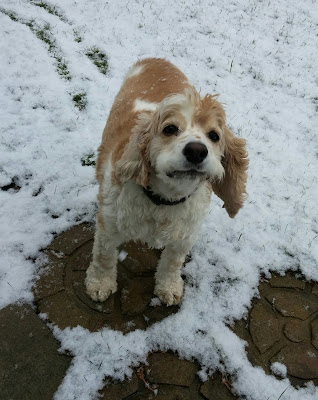 Here I am outside at 6 PM. Looks like the snow is really piling up! 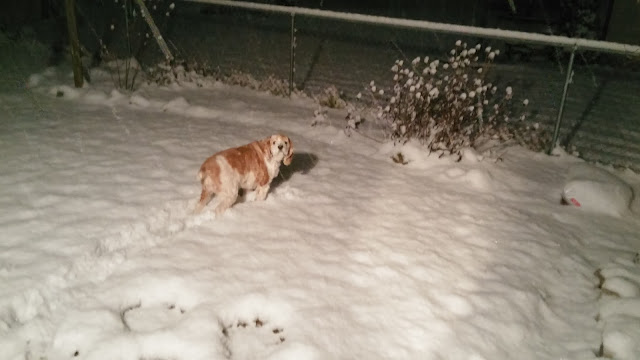 8PM. It's deep enough for schnoodling! 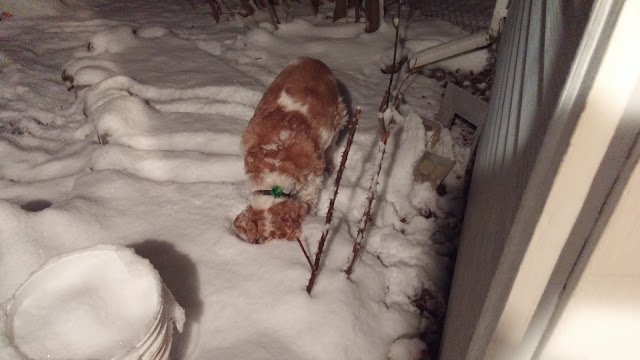 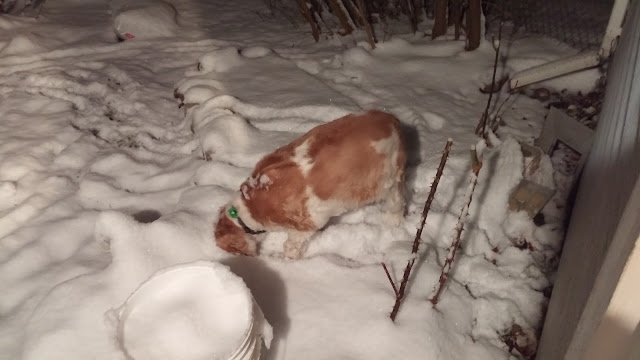 OK. Here's my final photo. It's 11 PM. The snow seems to have stopped for the time being. The weather report says it's supposed to keep snowing like this every day this week. 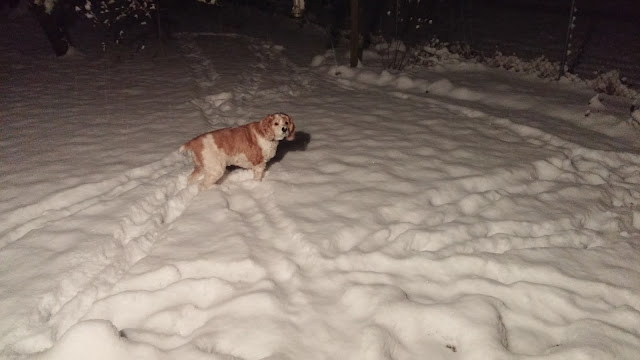 I think I'd better be getting some shut-eye. I'll need all my energy to deal with the cold snow tomorrow! Good night pups, kitties, and humans too. 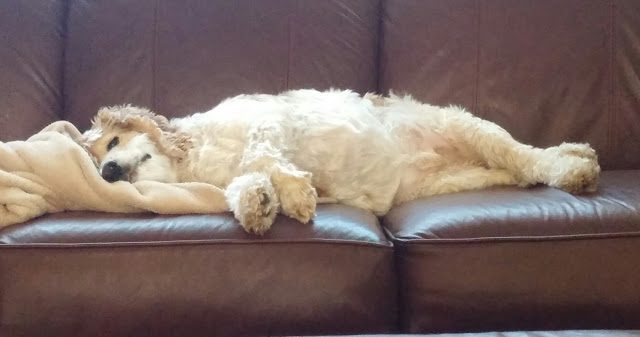