Greetings friends and fans. This is The Daily Bone and I'm your confused doggie reporter
Chester L. W. Spaniel. 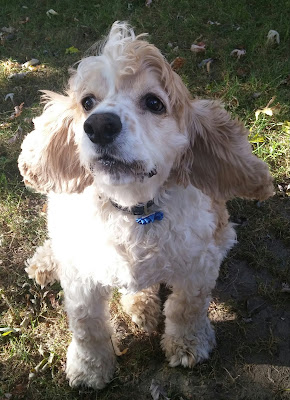 First, I want to say thank you to my good friends Ojo and Jacobi at dogdoesntfetch
for asking if we were all right since we haven't posted for about a week. Everything's OK here. Ghostwriter has just been very busy. She told me—and I didn't quite understand this—that she has to get a noonie in a couple weeks, and this needed a lot of planning and doctor appointments. What the heck is a noonie???  So she showed me a picture: 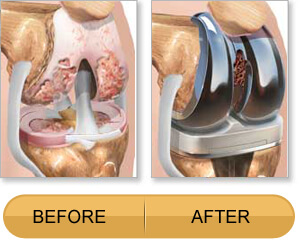 I remembered that she had surgery on her left knee several months ago. But it didn't help, and the knee has gotten more and more painful. So now the only thing that can be done is to get a new knee. The doctor will cut her old knee out (like a soup bone) and put a metal and plastic thing in it's place. Being a doggie, I wondered what the doctor will do with her old knee, and asked if maybe I could have it to chew on. (Well, she did say soup bone!) 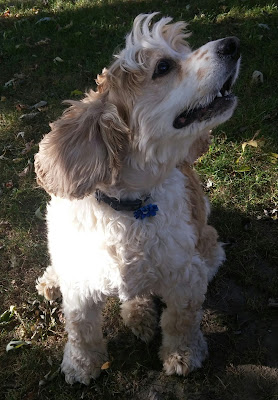 I think the answer to that was no! 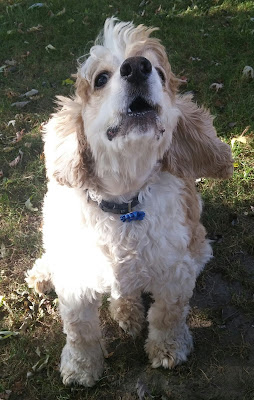 What do I know about such things? To me, a bone is a bone! Apparently ghostwriter will be staying in the hospital for a day or two while she gets her new knee. I wondered what I will do while she's there, since Dad will probably be visiting with her most of that time. I overheard them talking about putting me in a doggie jail hotel for a couple days. (Gee, I didn't think that bit about getting to chew on ghostwriter's old knee was such an issue!) But then my Jason human, sibling #4 of 4, said maybe I could stay at his house. He says he has a fenced back yard and could take me for a walk! He has two room mates who said they wouldn't mind having me around for a couple days. But they also have a big old kitty cat named Xerxes who is quite demanding of attention. The only kitty cat I've ever lived in the same house with was Maddie cat, who used to punch me in the nose! 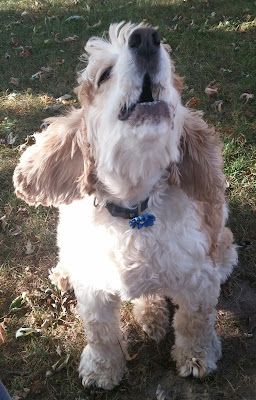