Spiders For the Last Time

Hello. This is The Daily Bone and I’m your trusty doggie reporter Chester L. W. Spaniel. 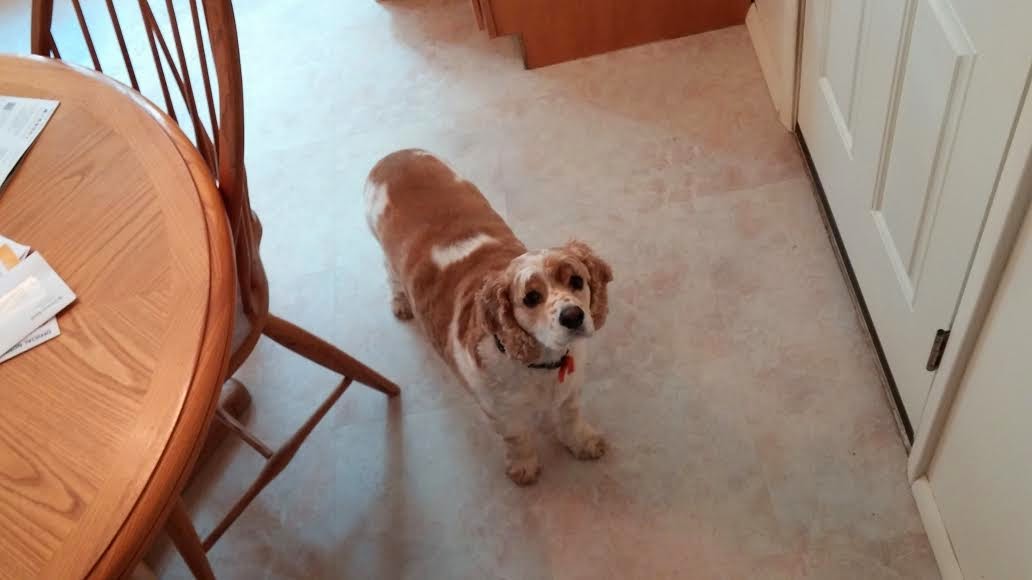 It seems most of spring and summer, we never notice spiders around here. They’re pretty small and discrete. But by Fall, they've gotten so big that you can’t help but notice them. Don’t worry. This is the last time I’ll mention spiders. It’s getting too cool outside now and they’re all going into hiding. But my ghostwriter has been tracking a few select beauties and wanted to show some of the final pictures of the season.

We were amazed last week when one of them caught a huge wasp and wrapped it up for safe keeping! What makes this so incredible is that there are some types of wasps that actually catch spiders and feed them to their young. 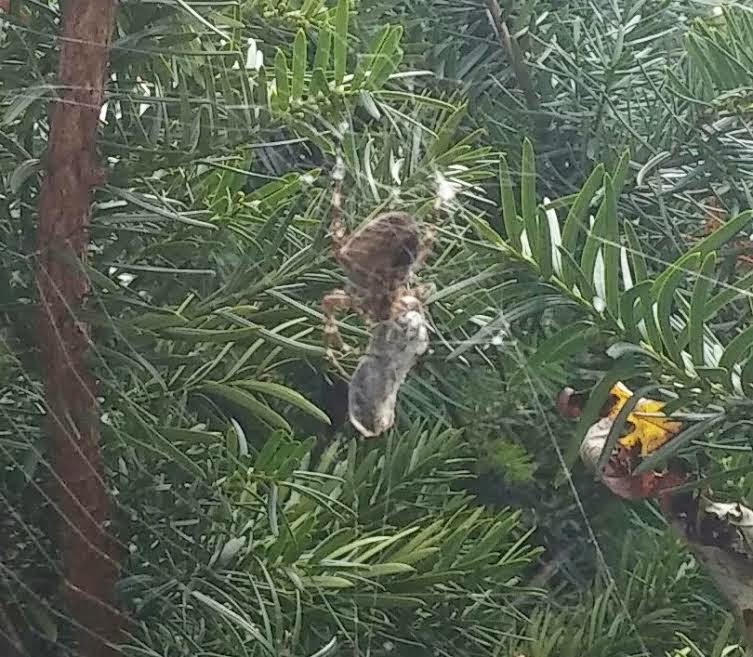 Here’s another one who captured a ladybug. 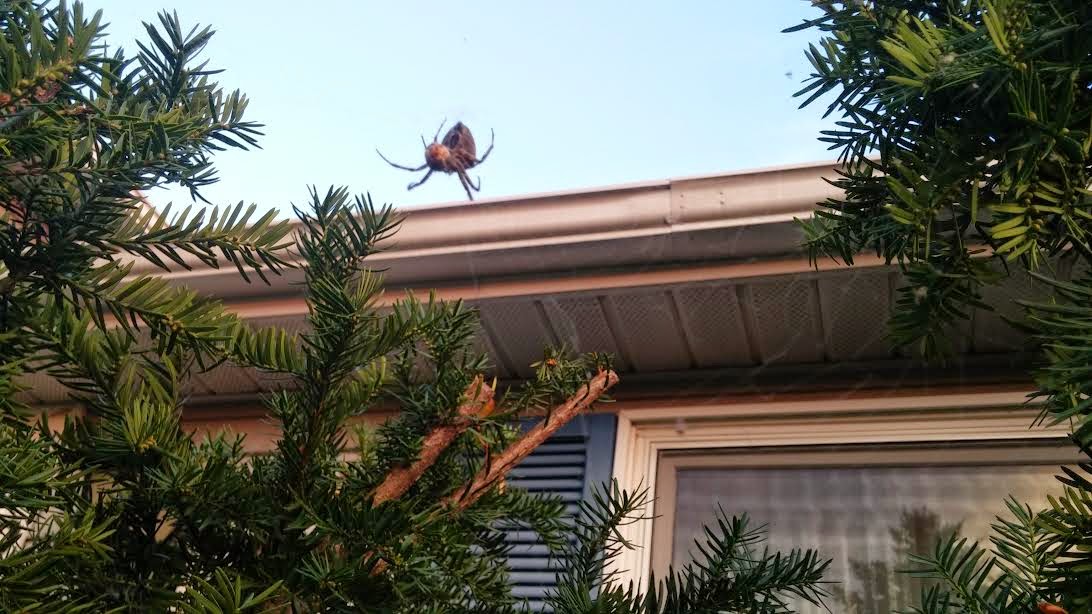 Her Grand Creepiness made a final appearance a few nights ago. Since then, she and her two neighbors have disappeared, and their webs are in tatters or else gone too. 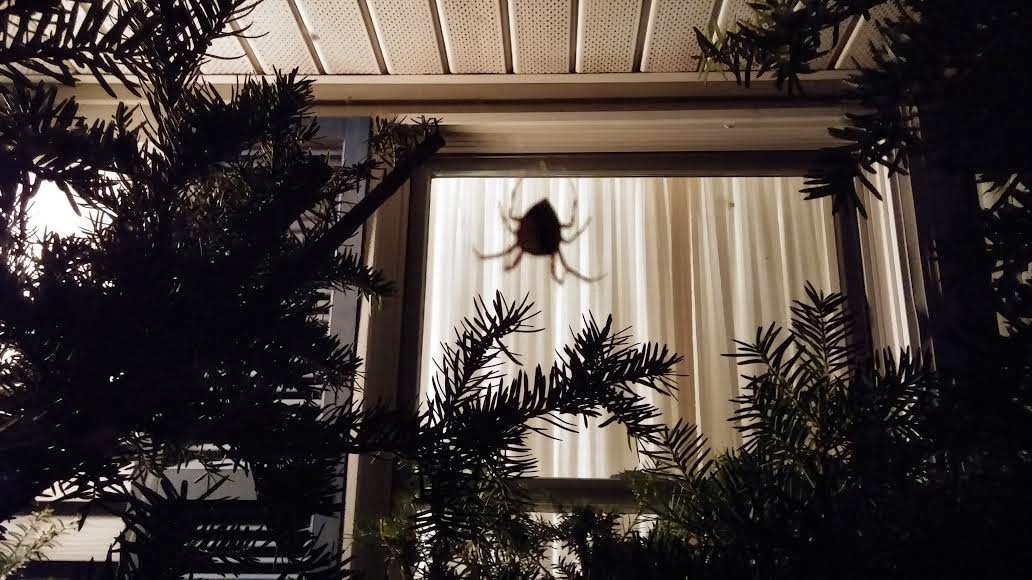 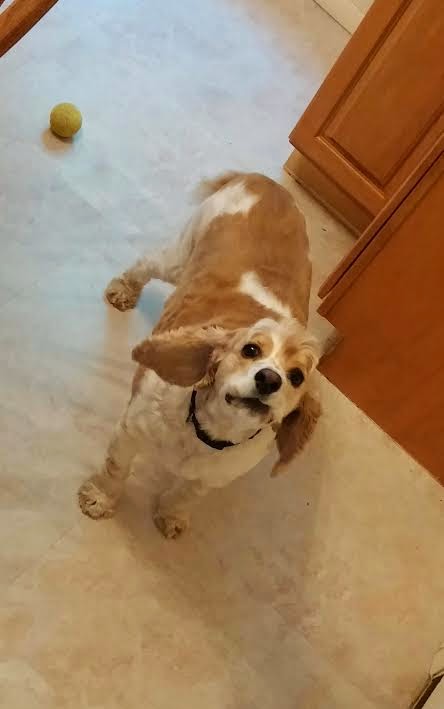 Well, that's all I have to say about spiders this season … um … I think … 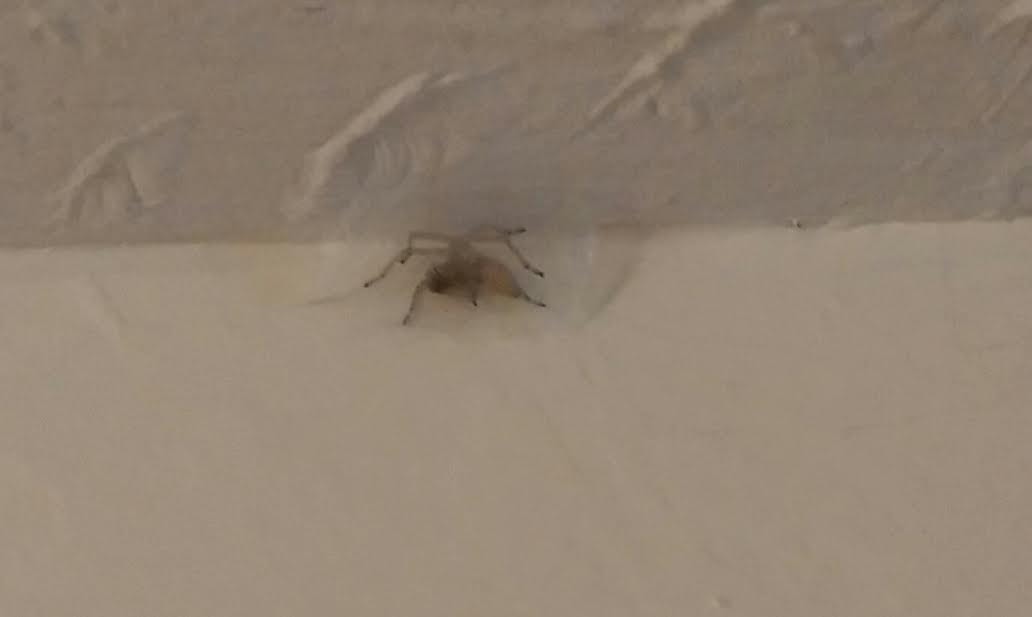 Here's a really good site that debunks spider myths. Really! Check it out!

www.burkemuseum.org/spidermyth/myths/comein.html
Posted by C.L.W.STEP at 6:12 PM