This is The Daily Bone and I'm your doughty doggie reporter Chester L. W. Spaniel. 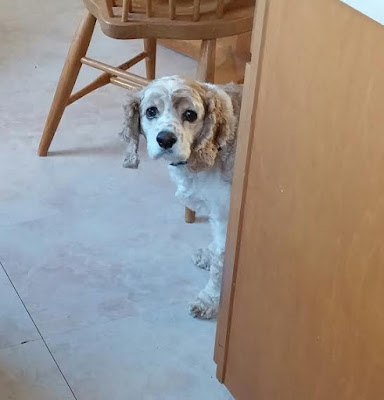 Wow! It's a riot out there! It seems the National Birdie Mixed Martial Arts Games are in full swing! Ghostwriter wasn't able to catch these fights on her camera, but we found a few videos, like the one below, so you can get the general idea. The other day she saw a couple grackles wrestling over territory across the street. They kept at it for a long time! They were every bit as vicious as the ones in this video!

These bully birds don't just fight with each other. We've seen them harassing robins too. They followed a robin around as she hunted for worms, then tried to steal whatever she caught! There seem to be plenty of worms to go around. I think those grackles were just lazy. Yesterday we saw a robin catch a worm. It looked like a lot of work! 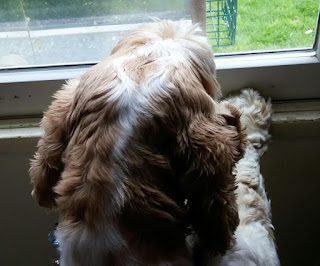 Our hanging birdie feeder closes the feeding ports when heavy birdies like grackles land on it. See these two greedy grackles below? ( I think that's Effluvium Scatterstool, and his arch rival Greasy Dungflinger.) No seeds for them! 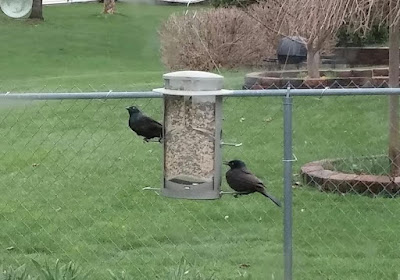 But the little sparrows, like Mr. Seedcruncher and his colleagues can eat all they want. By the way, those little tiny birdies, like chipping sparrows and chickadees, are pretty nasty to each other too! 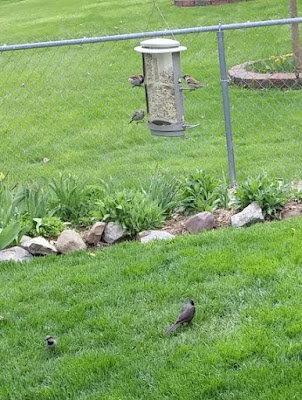 Today when ghostwriter got near a bush where some grackles were nesting, they became all agitated. They circled around overhead, and all their grackle friends came over to swoop and scold. 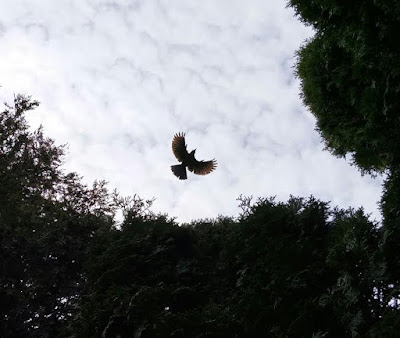 Meanwhile over at the Sparrows Incorporated Arbor Vitae Convention Center, the house sparrows were practicing their kick-boxing skills. 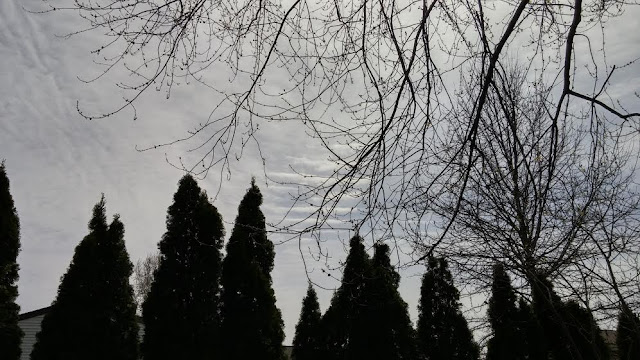 We haven't seen anything as bad as the two in this video, though.


Usually all this birdie violence stops after nesting season is over. Thank goodness! In the meantime, I've got season tickets to all the action at my drive-through barking window! 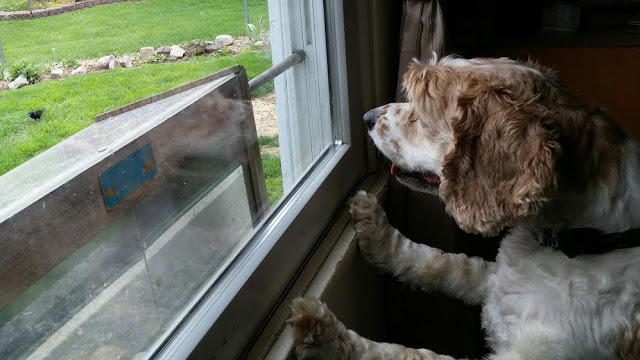 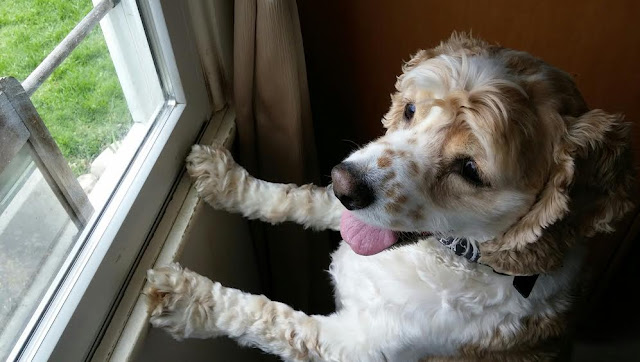 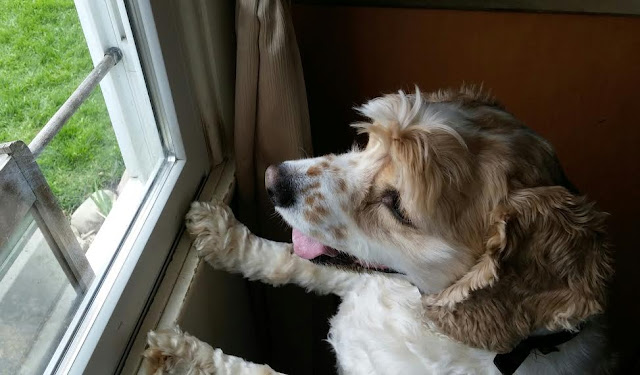 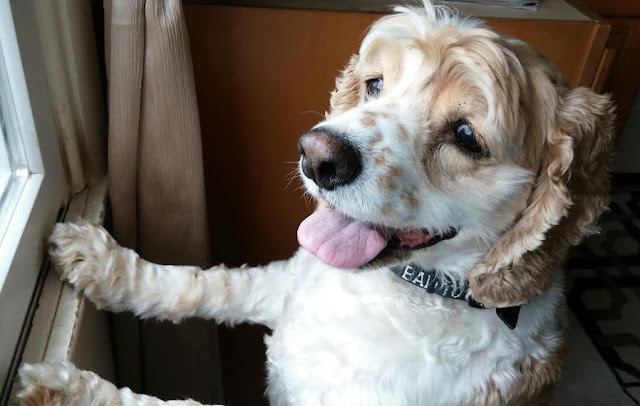