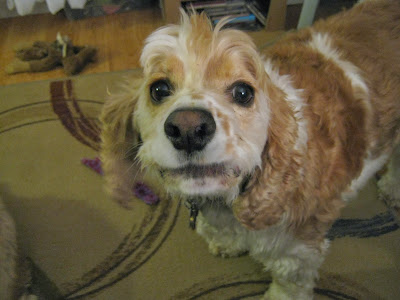 Hello. This is The Daily Bone and I’m your faithful and horrified doggie reporter Chester L. W. Spaniel. I have a very alarming subject to talk about today: hate.

When did we become such a nation of haters? You can easily find a website or facebook that features nothing but people stating how much they hate someone or something. Just put in keywords: hate + choose one of the following: Republican, Democrat, Libertarian, Liberal, Hispanic, Asian, Black, White, women, gays, immigrants, cats, dogs, business owner (aka Capitalist) Christian, Muslim, or Jew, and you will come up with lots of stuff! In there are hateful cartoons, swear words, strong language, threats of physical violence, wishes for death and misfortune, and pictures of the hated people labeled as saying obscene things that they didn’t actually say. Sometimes the message is “we hate them because they hate us, so let’s get together on this site and talk about how much we hate them.” This hatred for a particular person or group then gets blown way out of proportion to the point of demonizing. Really? REALLY? Do you really hate someone so much that you have to spend large chunks of your time writing and talking about your hate, and then posting it on the internet for everyone to see? Have you actually met the person and talked to him about the ideas you hate so much? Is the hate message even true? Have you actually listened to his ideas before you labeled it as something to hate? Most importantly, are you forming your own opinions, or are you just following the hate message in your chosen site? It’s gotten to the point where elections are won, not by the candidate who is liked the most, but by the one who is hated the least. I thought this was the United States, not the Divided States. I thought the internet would be used to bring people together with the goal of raised understanding, not the sharing of toxic hatred and mob mentality. If you are guilty of participating in hate talk, then shame on you! You are setting examples for, and encouraging terrorists and bullies everywhere. Go sit in the corner, and no yum yums for you for the rest of the day. And that’s a memo.
Posted by C.L.W.STEP at 1:35 PM