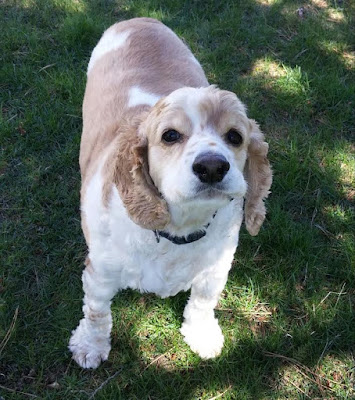 It has come to my attention that there is actually a super hero character called Squirrel Girl. 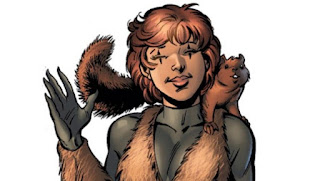 I kid you not, my fellow doggies. 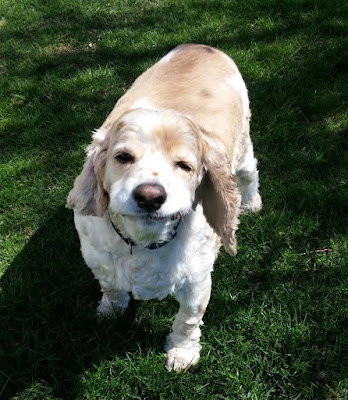 Apparently she is unbeatable, and has defeated a some big comic book villains, and a couple super heroes too. She calls upon the Evil Squirrel Cartel masses to do some of her dirty work—oops, I mean hero work—but she herself is able to climb trees, and jump around just like them. She scratches with her claws, understands their language, and subsists on nuts.

Can you believe it? 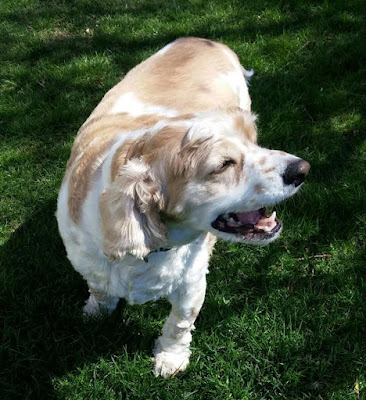 Hmmmm. I wonder if she gets fat for the winter and hibernates? 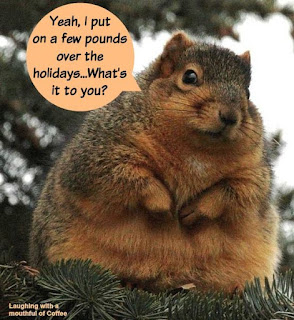 This is not the first time the humans have glorified squirrels as having super powers.
Take a look at this oldie:

Ghostwriter remembers watching Rocky the Flying Squirrel, his friend Bullwinkle the Moose, and their Cold War villains Boris and Natasha, on TV when she was a kid. (An aside to my friend Abby Lab* and the post her human recently put up about 1960s breakfast cereals: ghostwriter was surprised she didn't remember that Rocky was sponsored by General Mills until she found this old video.) 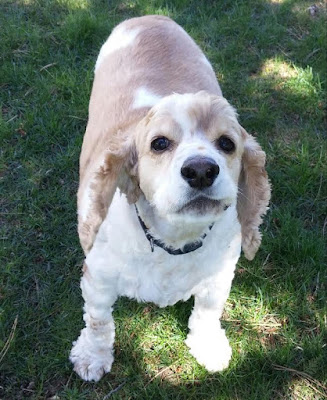 To be honest, I have to acknowledge that some humans do like squirrels, and think they're cute, and even feed them, and they have every right to do so.

But, as a doggie, I reserve the right to consider them varmints and chase them off my property.

Here's why:
Problem #1. Property destruction. My erudite, and late associate Joseph (Joey dog) Spaniel was a witness some years ago when our humans discovered that the Evil Squirrel Cartel had set up their secret winter headquarters in the shed. He says those miscreants had chewed up some cardboard boxes along with some rolls of fiberglass insulation and used it as their personal latrine.
As he famously said, "the stench was great!" 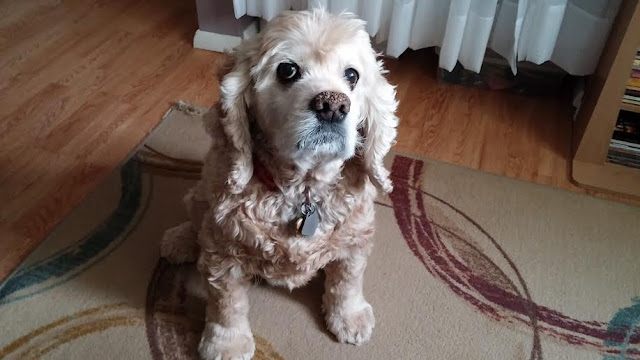 Problem #2. Birdie seed theft. The local squirrels routinely try to break into our birdie feeders. This one is alias Twinkletoes in an unsuccessful attempt. As you can see, his weight caused the feeder ports to close. He tried jiggling the perches to no avail! Heheheh.

Here's Fatty White-Ears who figured out how to get a piece of bread out of the suet cage on our window birdie feeder. Ghostwriter now puts twister seals on the suet cages to keep them closed.

Problem #3. Holes in the lawn. The other day I saw a squirrel digging a hole in my yard. After I chased it away, this is what I found: 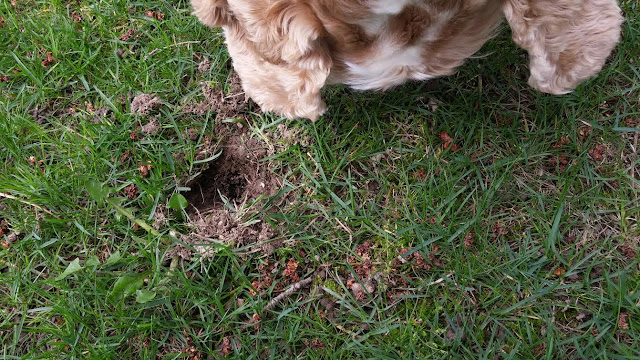 Gee, someone could break an ankle in something like that! 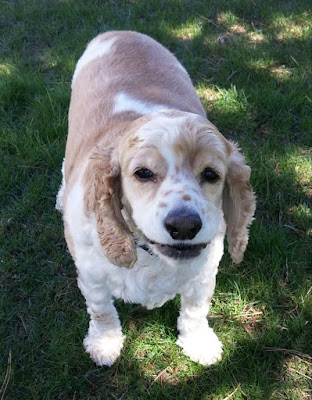 Anyway, hopefully Squirrel Girl won't find any reason to visit my territory. Oh, but you know what? Maybe I'll put up some Squirrel Girl recruiting signs. You never know. The local Evil Squirrel Cartel might decide to join her private army and clear out of here! 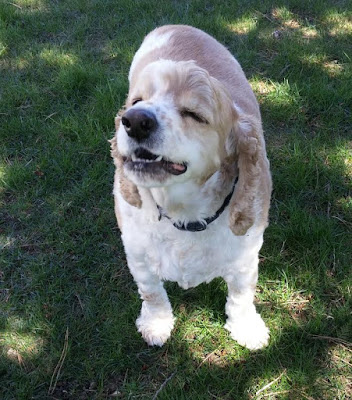 
If you're interested in finding out more about Squirrel Girl (and her connection to my favorite super hero, Ironing Board Man) check out this video.