Hello everybody. This is a special edition of The Daily Bone and I'm your serious doggie reporter
Chester L. W. Spaniel. It's that time of year for the Easter bunny to break into your house and leave lots of candy. This has always seemed odd to me, as a doggie. I mean, usually your house gets broken into when someone wants to steal something from you, rather than give you something. If a giant weirdo bunny rabbit tried to break into my house, even if he had a basket of candy, I'd be in full on attack mode! (Or else hiding under the bed.) Fortunately, there are no little children living in my house at this time, so I don't have to be on heightened alert the night before Easter Sunday.


I've always been confused how bunnies became associated with this religious holiday. But it has something to do with spring, and the fecundity of rabbits. Somehow baby chicks got pulled into the whole tradition too. But I'll leave that for another discussion. 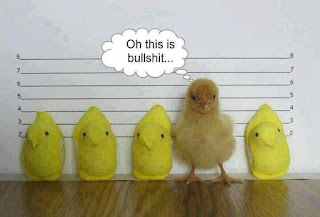 Ghostwriter told me that over the ages, several countries developed their own Easter/Springtime traditions, which have been brought to this country and transformed into the conglomeration of symbols and treats that is Easter today. She says her favorite tradition is going to Stever's Candies. 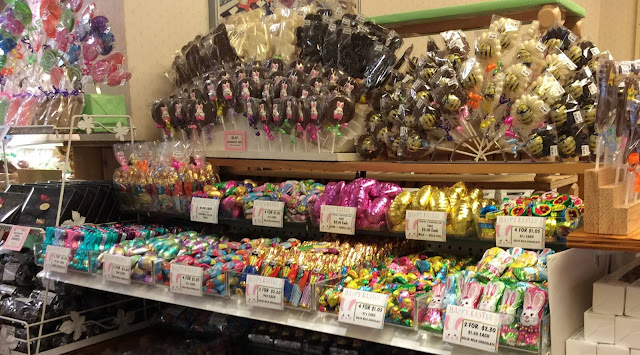 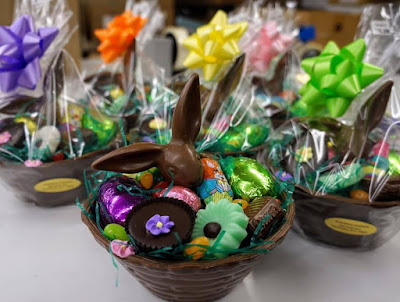 Which brings me to the most important part of my yearly Easter essay. 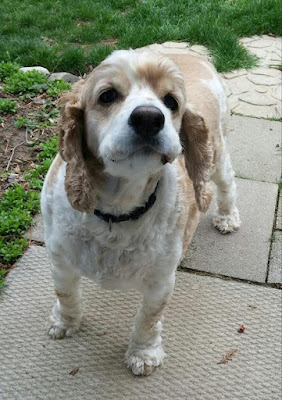 I have a very important reminder now. Be extra careful your doggie doesn't get any of that chocolate the Easter bunny brings. Chocolate is a deadly poison to doggies! If your doggie finds and eats some chocolate, give him an ounce of hydrogen peroxide, which will make him throw up. Then proceed to your closest emergency vet clinic. 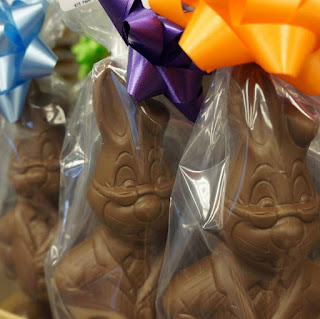 This warning has been brought to you by the Yum Yum Coalition, founded by my esteemed and late colleague Joseph (Joey dog) Spaniel, Doggie Chief Inspector, comestibles division. 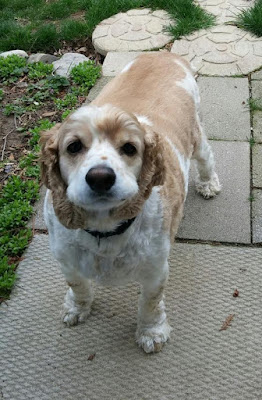 Now, I'd like to impart to you some of my knowledge on bunny rabbits in general. I have all kinds of invaders in my back yard. The Evil Squirrel Cartel is the one you doggies out there will be the most familiar with. There's also the Conniving Chipmunk Consortium, and the Miscellaneous Mousie Mob (which includes mice, moles, voles, and shrews.) Then there's the Secretive Bunny Militia. 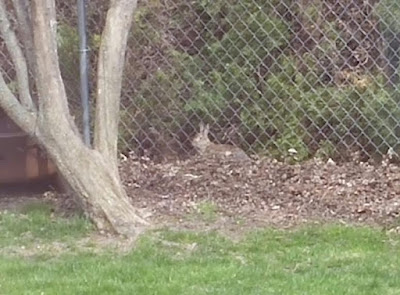 I've written about bunnies before. It seems strange to me that they'd even consider coming into my back yard. There's nothing of nutritional value that cannot be obtained anywhere outside of my yard. It's surrounded by a fence, and well marked by over 20 years of doggie pee. All the possible ways a bunny could get into my yard have been blocked so that they would have to exert considerable effort to get in. I have concluded, after many years of research, that bunnies probably have a rite of passage into their secretive society, which includes an obvious, potential suicide mission. 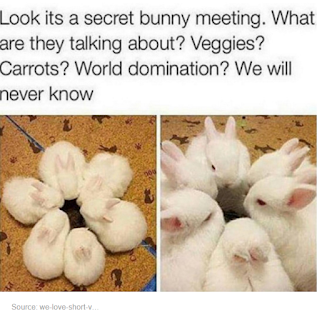 There are always lots of bunnies in my neighborhood.


Now I'd like to remind any of you readers who might be faint-hearted, that doggies are hunters. Even the most domesticated and pampered yorkie, teacup poodle, or miniature pinscher still has at least some of that killer instinct. We cocker spaniels are the smallest of the hunting breeds, and I take my job very seriously. In fact, I have personally caught several bunnies of all sizes. For some reason ghostwriter is never too happy when I catch a bunny, even if I bring it to her with my tail wagging and say, "look, look, lookie, lookie, look Mom, I caught the bunny for YOU!" 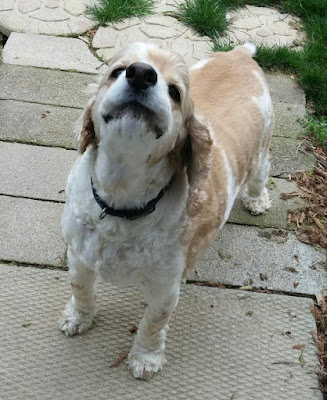 Well, that's all I have to say this year. If you wish to see my essays posted on previous Easters, please check out these links. I think you'll enjoy seeing Joey dog deliver the annual Easter chocolate warning himself.

Please have a safe and joyful Easter!
Posted by C.L.W.STEP at 10:53 PM