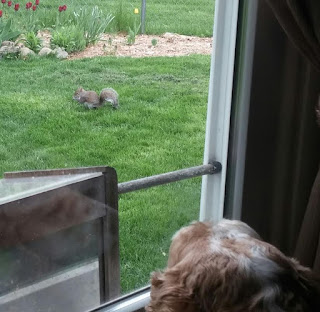 Today alias Twinkletoes of the Evil Squirrel Cartel, was snarfing birdie seeds under the feeder. His buddy Fatty White-ears was out there too! I went out and chased them both up the silver maple tree. End of story? Nope. 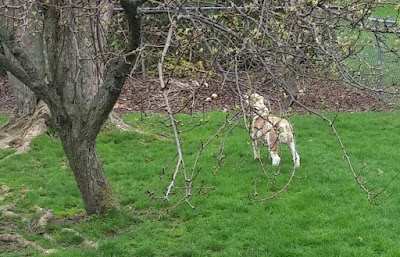 The Great Grackle Flying PTA (Poop Tossers Association) started dive bombing them! Those rotten squirrels couldn't go down the tree because I'd chase them back up again. They couldn't go up the tree, because the grackles would peck them. They kept running around and around in the branches! You should have heard the racket! The grackles were shouting, chuk chuk chuk chuk screeeeeee churk churk taweeeeet, and the squirrels were cursing, probably HBO words that I can't repeat here. 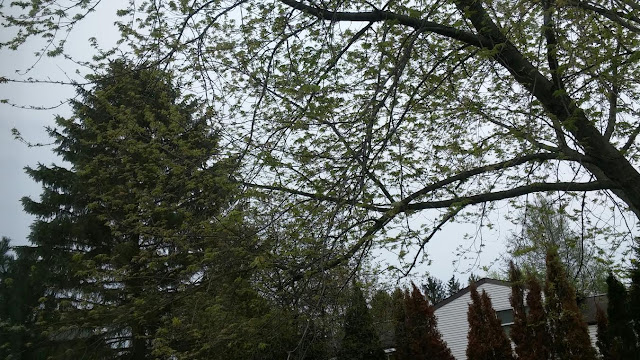 One of the squirrels managed to jump into the arbor vitae hedge, and make his way to the tall blue spruce in the neighbor's yard. Big mistake! That's where the big grackle boss Effluvium Scatterstool and his wife have a nest. Now the word was out, and dozens more grackles began arriving from all over the neighborhood to join the fight!  I wish we could have gotten pictures of this riot! The spruce branches were soon filled with squawking grackles, and the squirrel could hardly move anywhere! Meanwhile, the other squirrel made a run for it, with the grackles dive bombing him all the way across the green belt! That'll teach those squirrels not to steal birdie seeds! 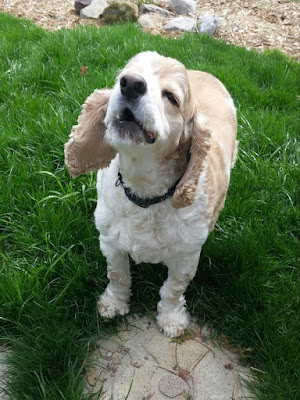 Well, you know what they say, the enemy of my enemy is my friend. I'm thinking that maybe I don't dislike those grackles as much anymore. 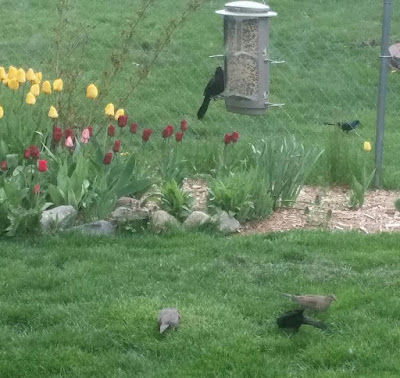 PS. Don't feel bad for the squirrels. They've been known to eat bird eggs and baby birdies too. This kind of mobbing behavior by the grackles occurs whenever they see another animal get near their nests. They dive bomb me too if I get too close.