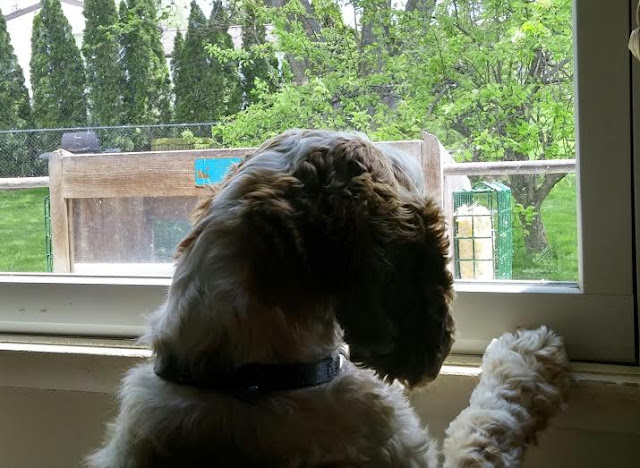 I know you might wonder why I'm looking out the window instead of watching the TV. But take a look at this grackle (I think that's Dirk Bluehead) stealing from the suet feeder: 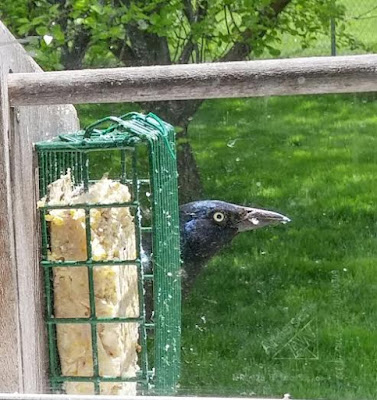 Then, check out this velociraptor (I think his name is Bob) from the movie. There's definitely a family resemblance, especially in those beady eyes! 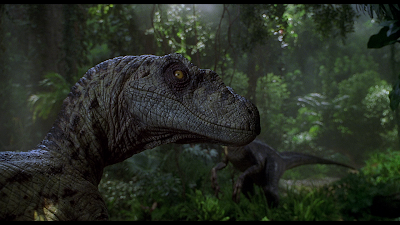 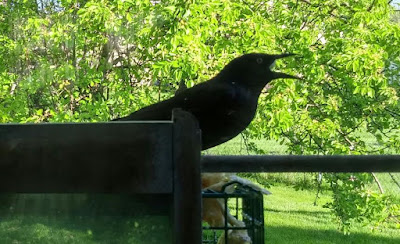 The big grackle boss, Effluvium Scatterstool dropped in to steal the suet too!

These grackles have nests in almost every tall arbor vitae bush and spruce tree in the neighborhood. We can hear their babies squawking loudly all around our yard; and the parent birds dive bomb anyone that comes near. Today my venerable colleague Joseph (Joey dog) Spaniel was minding his own business, and got a little too close to a tree with a nest in it.

Every grackle in the area flew in to scold him! Poor Joey dog! I advised him that he should try squatting on the other side of the yard, but he's kind of set in his ways.

When ghostwriter went out to take pictures of the beautiful sunset this evening, the family of grackles nesting in the bush by the driveway started dive bombing her. It's like a Jurassic jungle out there!


Their poop dropping campaign is proceeding in earnest. It's already splattered all over the garage doors and the cars. Ghostwriter was seriously thinking about getting the hose out, rinsing off the poopies, and then blasting the whole grackle family to kingdom come! But instead, she went under their nesting arbor vitae bush and gave it a good shake. Pissed them off all right! You should have heard them screeching! (I'm afraid our human neighbors will be getting  ghostwriter carted off to the loony bin pretty soon!) 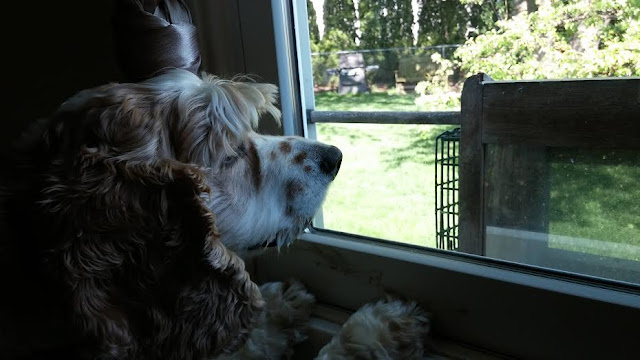 I'm sure we'll survive, though. In a week or so, the baby grackles, whom ghostwriter says look like little gargoyles, will be leaving the nest and flying away. Who knows? Maybe I'll catch a couple of them, and have grilled grackles for breakfast!

Oh, and here's that sunset: 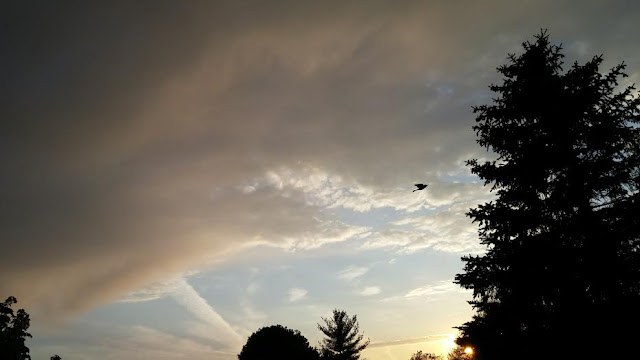 Of course, there's a grackle photobombing it!