We Started Out Happy … 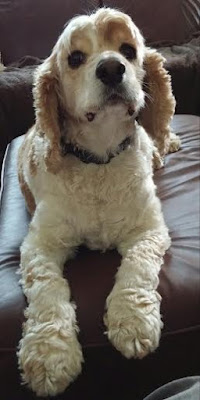 Those of you who live in Western NY probably know that we really have only two seasons a year:
Winter, and Road Construction! Traffic is already backed up all over the place! Ghostwriter saw my favorite super hero, Ironing Board Man, working on a a big project not far from where we live. Hooray! 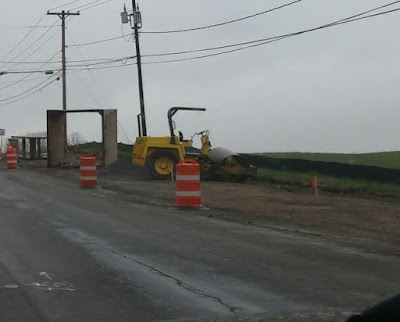 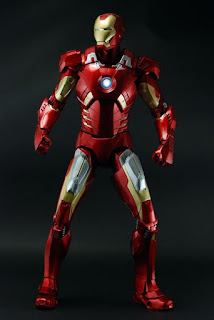 But every super hero has an alternate identity or two. 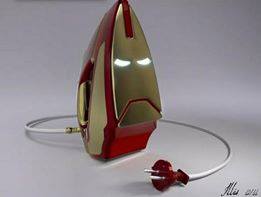 I think that in his off hours he still has to do something, so he helps build the roads and driveways, and flattens out lawns. 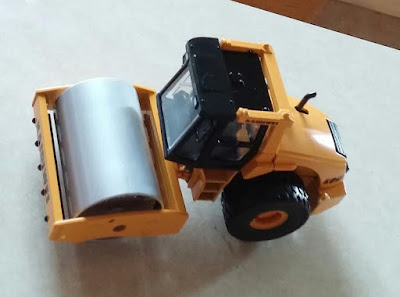 I wish I could dream about Ironing Board Man all day … 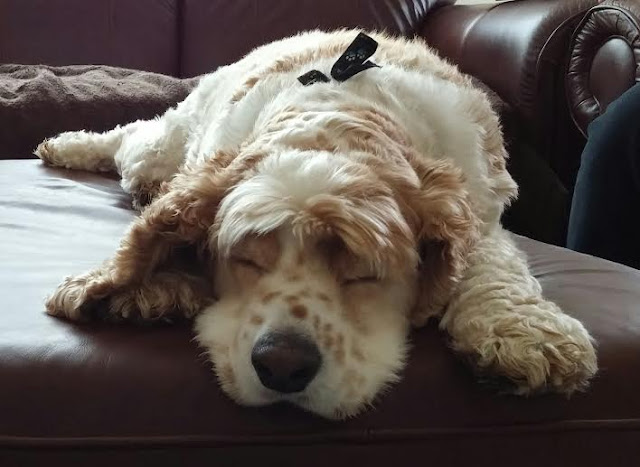 … but there's stuff going on! 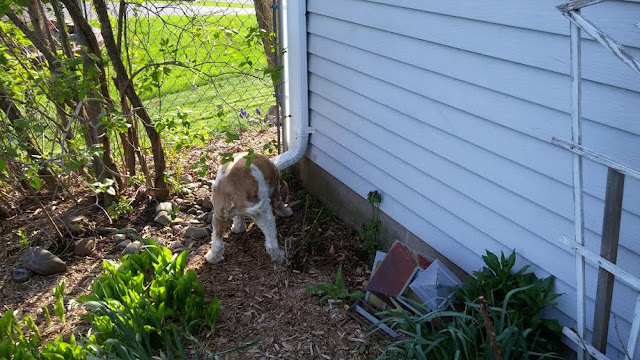 That  rotten chipmunk is up the corner molding of the house again! I barked and barked, but he wouldn't come out! I could hear him squeaking and scrabbling in there, but he wouldn't come out! Crummy chipmunk! Bark bark bark bark! Ghostwriter had to use the leash to get me away from there. Dad will have to put something in there so that dastardly little squeaker can't go up there again.

We interrupt this rant to bring you some other news. I'm your sincere doggie commentator Joseph (Joey dog) Spaniel reporting on location under my beautiful pear tree, where the blossoms are finally opened! 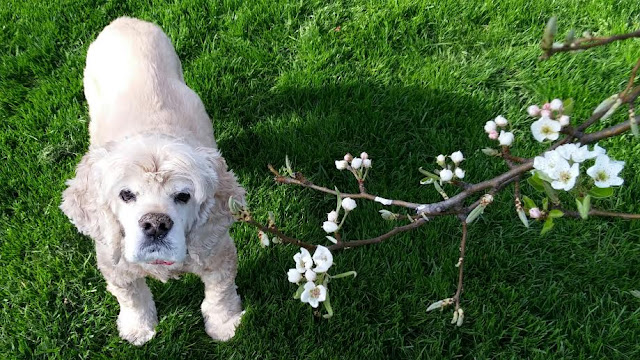 I saw lots of bees and little bugs flying around the flowers, so I'm sure there'll be a good crop! 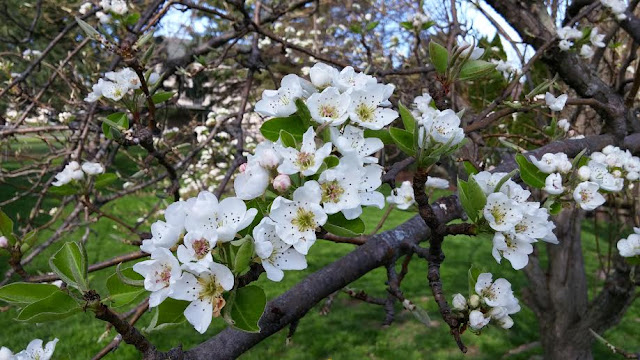 Then we got some sad news:
Our dear friend Whitley crossed the Rainbow Bridge today. 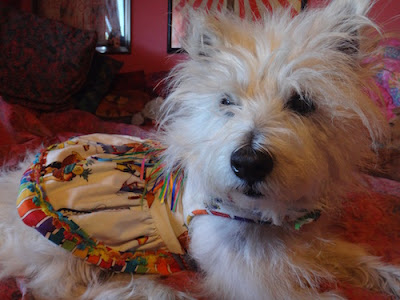 We looked up in the sky and there were lots of wispy Whitely clouds. I think I see her running towards the sun. I'm sure she'll be meeting our angels Charisma and Ginger there. 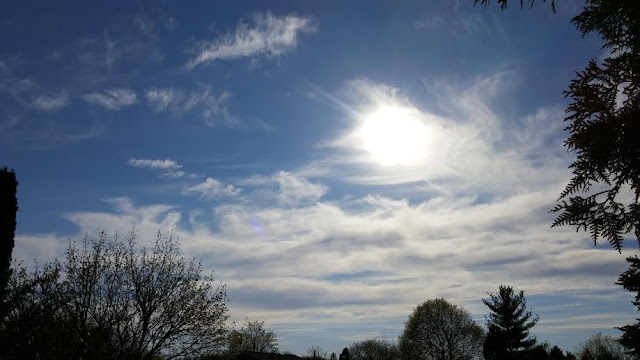 Ghostwriter was going to look for a nice, thoughtful song to post here, but her music program was set on "random." This is what came up first. We know that Whitley was a country girl, but this song seemed appropriate. It's by the Icelandic group Sigur Rós, from their album "Með suð i eyrum við spilum endalaust'" which means, "with a buzz in our ear we play endlessly." Make sure you play it real LOUD! 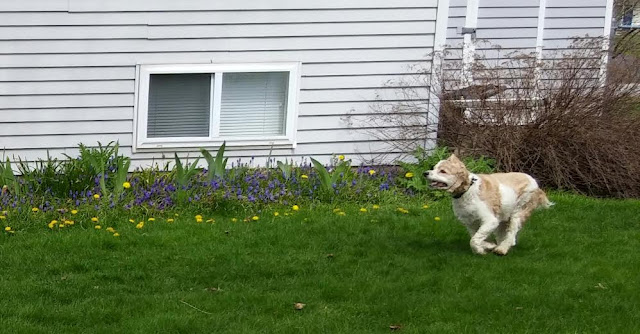