Hello friends and fans. This is The Daily Bone and I'm your soggy doggie host Chester L. W. Spaniel. And yes indeed, I am soaking wet! 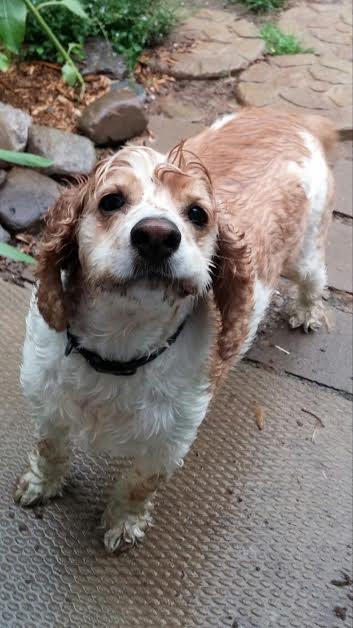 Ghostwriter is working again this weekend, so I decided to make things easy and just present some of the news highlights.

You may be wondering why I am dripping wet. Yesterday afternoon, there was a gigantic thunder storm. Here is the western sky as the storm clouds rolled in: 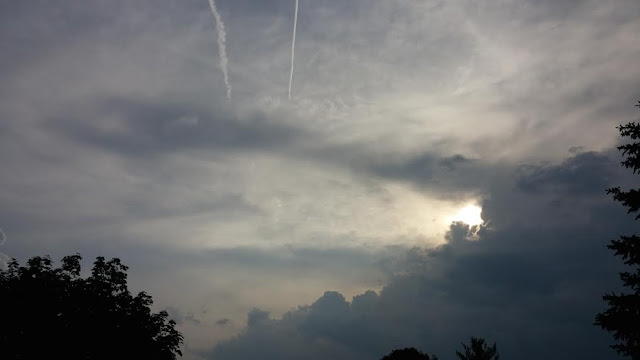 The thunder wasn't so loud that we doggies were scared. But it rained like crazy! The storm sewers were overflowing and the sidewalk looked like a torrent! The minute it stopped, ghostwriter and I went out to the backyard to splash in the puddles.

I ran under every bush and through all the plants and got thoroughly soaked. It was great! 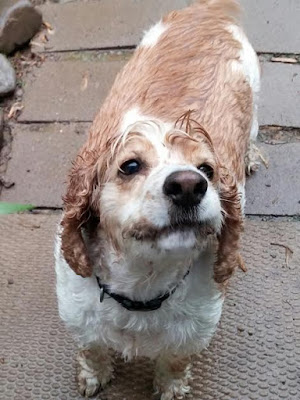 Earlier that day ghostwriter made an important discovery. 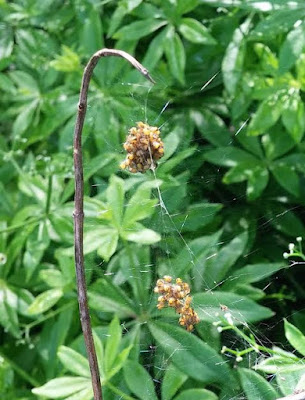 These are balls of baby garden spiders. If you touch them with a stick, they all come tumbling down. 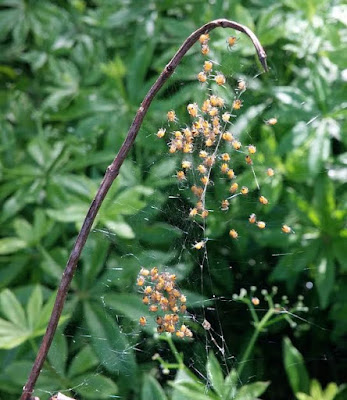 Ghostwriter is hoping the rain storm didn't kill them. They are very useful in getting rid of horrible mosquitoes. We hope to see those little spiders later in summer after they've grown big and fat. 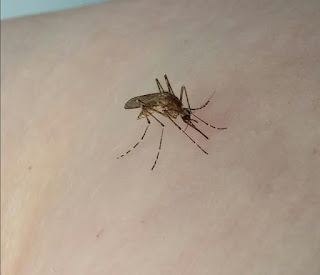 We also heard from our Florida associate Miss Charlee. 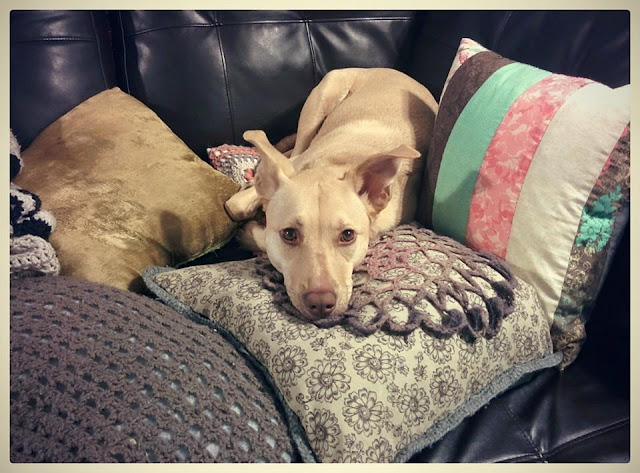 Thanks Chester, and hello everybody. My human wasn't feeling well yesterday afternoon, so I tried to make her feel better by stuffing my favorite squeaky toy in her ear. 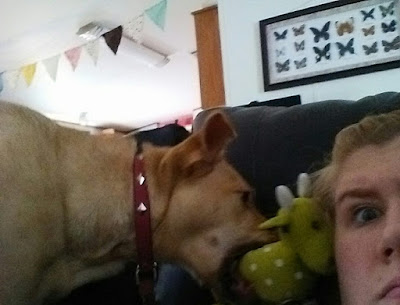 Now it's time for the science geek portion of our news cast. 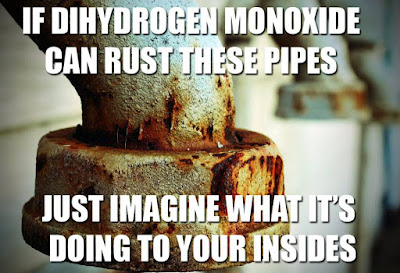 Science geeks will be amused by this. If it were true, I'd be a big pile of rust right now! 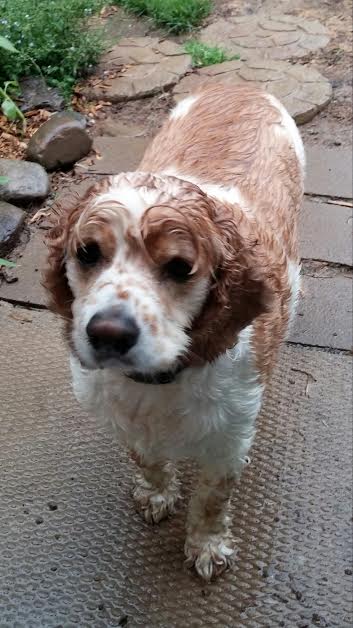 We cockers prefer our dihydrogen monoxide room temperature in a spaniel bowl, please. 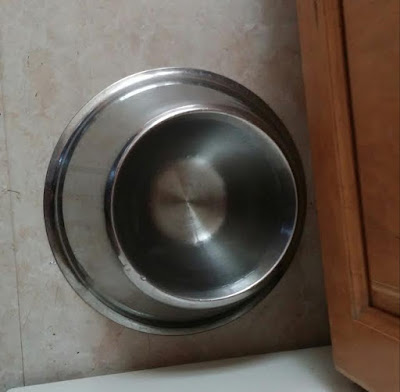 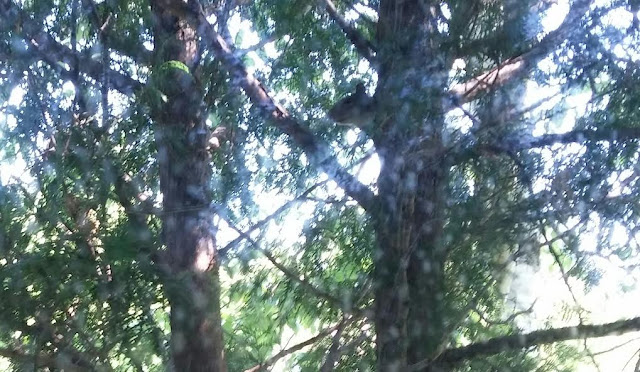 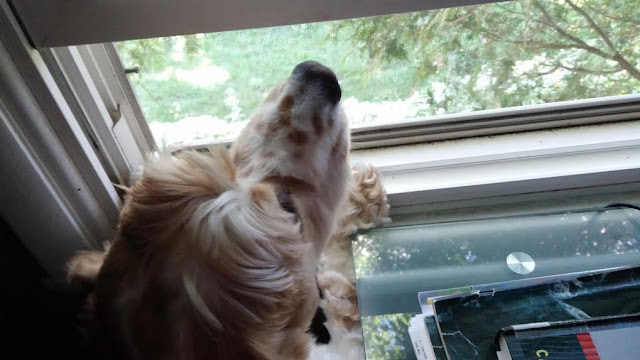 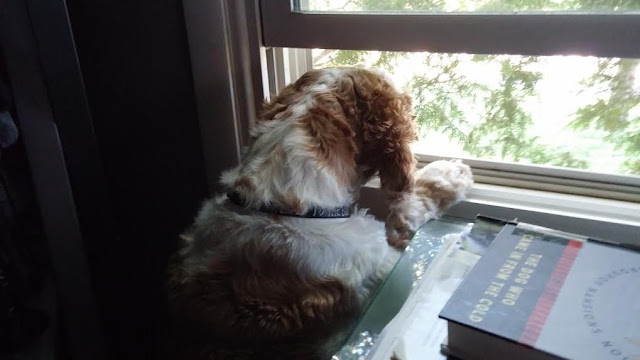