Greetings friends and fans! This is The Daily Bone and I'm your ever hopeful and eternally optimistic doggie reporter Chester L. W. Spaniel. 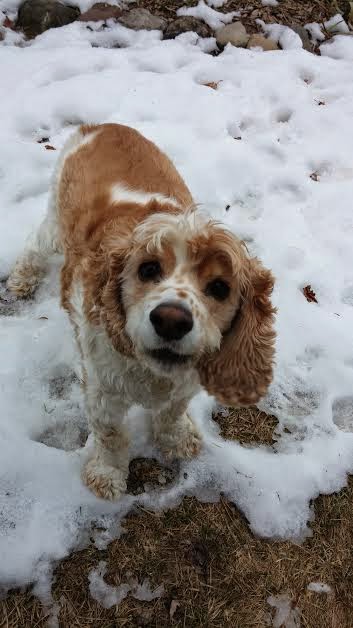 I'm presenting day five of my Sludge Report. Unfortunately, there is no mud today! It has turned cold again and the ground is frozen. It's windy and cloudy too. I did a quick search to see if there was any mud at all. 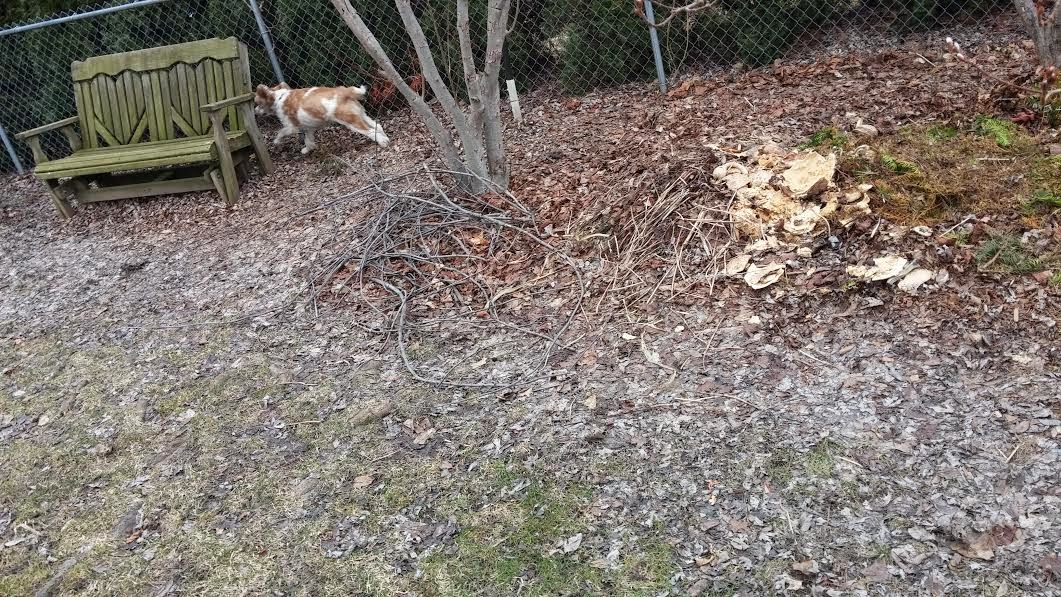 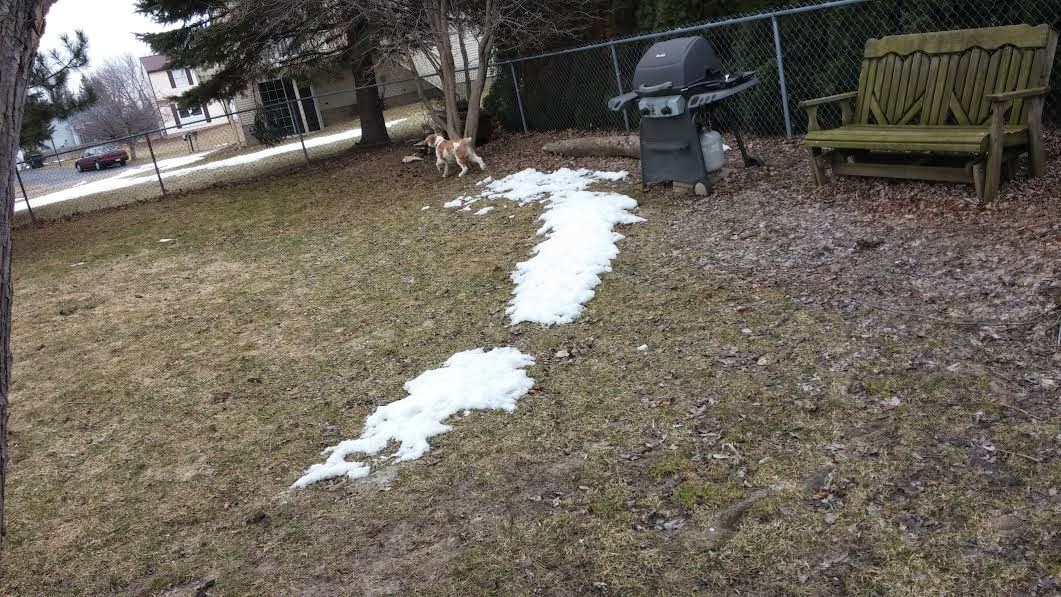 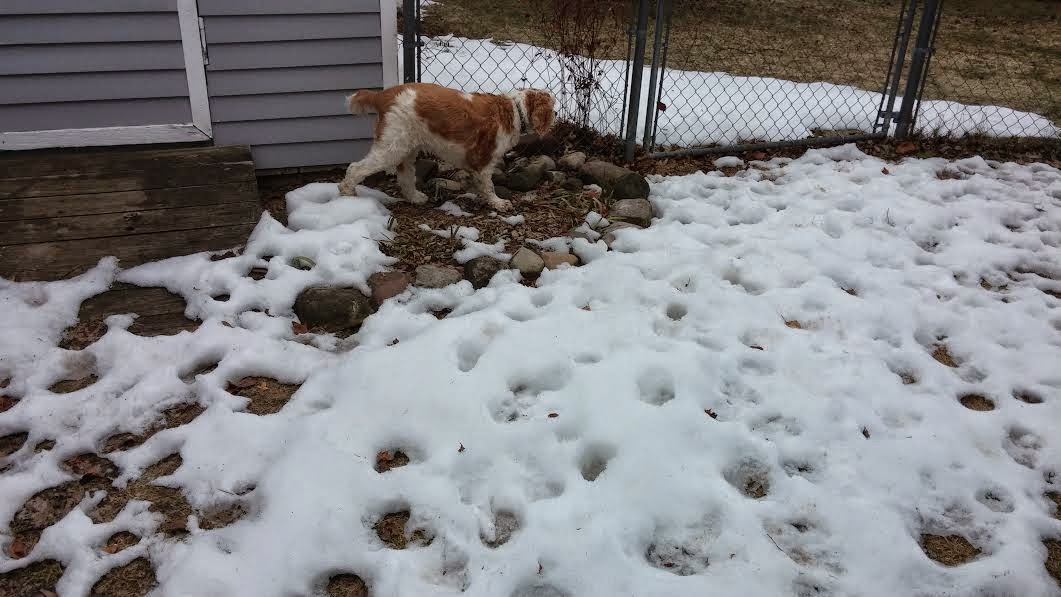 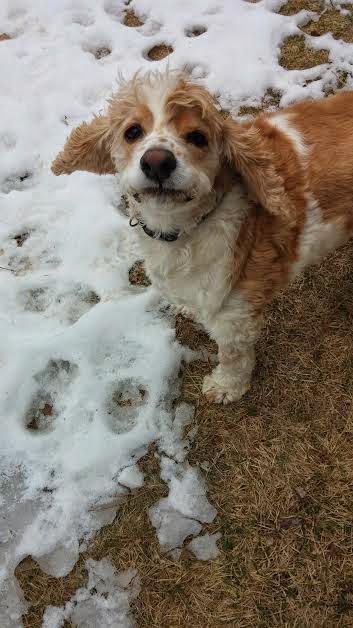 I'm supposed to have some good messy mud by Monday for the Guys Night Out doggie blog event!

What's more, it started snowing too! My esteemed colleague Joseph (Joey dog) Spaniel and I went outside only twenty minutes later to document this event. 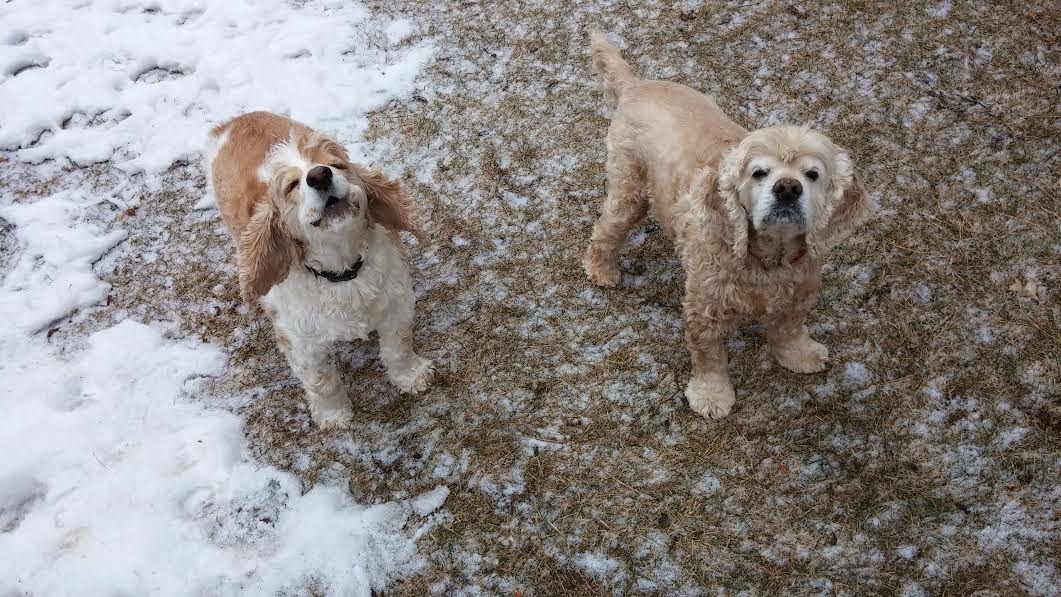 We decided to take a nap and reassess the situation later.

Here's a little aside story. Yesterday afternoon, Dad spotted this icicle hanging from a branch of the maple tree. It was formed out of maple sap where a twig was broken off the branch. Amazing! 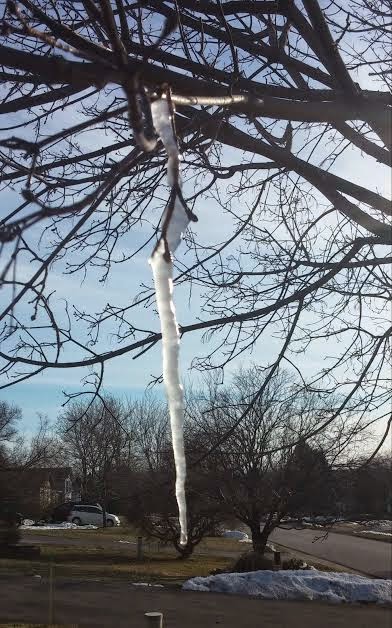 If it gets warmer later today, I'll be sure to give you an update! As of now, snow is still falling.

Ghostwriter wanted to add a little story here. Wednesday night she got out of work a bit late and was driving home around midnight along the country roads. She had the high beams on in her car. Good thing she did because she suddenly saw a pair of eyes on the road directly in front of her. She thought it was a cat or a raccoon, but then saw it was a little doggie standing right in the middle of the road. She stopped and got out of the car and tried to call the doggie to come to her. She could see it was a nice little beagle with a collar and tag. It ran away into the dark empty field. There were houses quite a way away in the direction the doggie was headed and he looked like he knew where he was going. So after much angst, and more calling, "come here, doggie, come here baby doggie, come here … " she got back in her car went home. She worried about that little doggie all day. Thursday night she also got out late and happened to see the little doggie again as he was running through the same field. She thinks that if she sees that doggie running around at night again, she's going to call the police, even if she can't get the doggie to come to her. Whoever owns this lovely little doggie is not very responsible letting him run around that late at night along a busy road! She doesn't work the evening shift again until Monday. In the meantime, she hopes he doesn't get hit by a car!