Greetings friends and fans. This is The Daily Bone, and I'm your hard working doggie reporter Chester L. W. Spaniel. 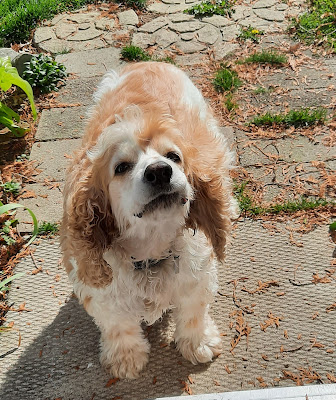 There have been three squirrels hanging around my back yard, snarfing up seeds the birdies drop from the feeders. Since our old squirrels, Fatty White-Ears and alias Twinkletoes have probably bit the dust by now, we believe this trio might be their young progeny. We've been trying to figure out what their names might be. From watching them, my ghostwriter is pretty sure there are two males and one female. 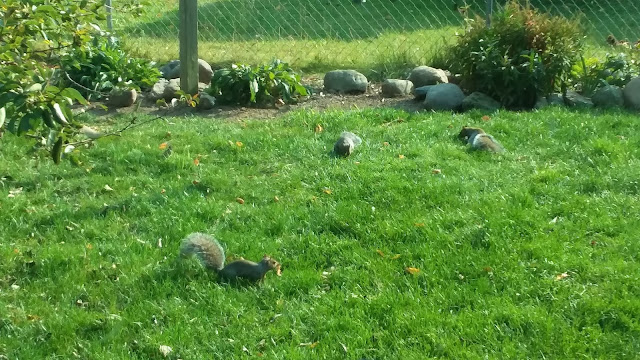 We've seen them trying their luck with getting into our squirrel-proof feeders with no success. They're not very smart. When I go out to chase them, one invariably goes up the pear tree. 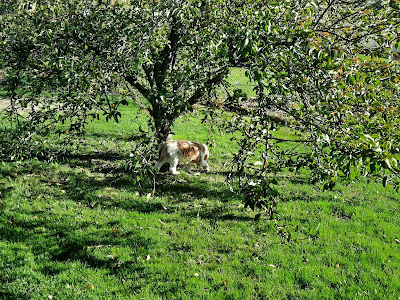 After that, there's no place else to go.  I could stand there and bark at him all day! 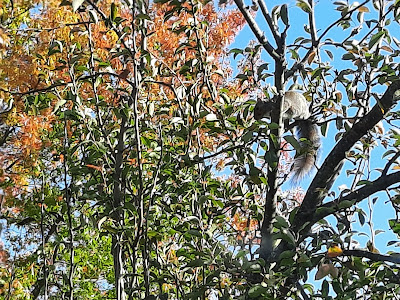 Here's another one stranded up in the linden tree with no where to go! 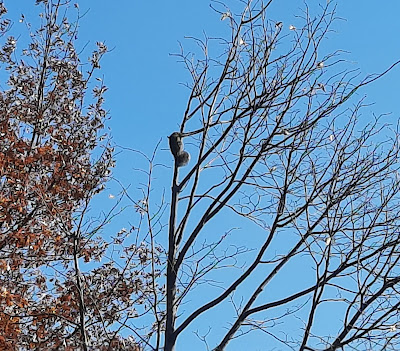 They never seem to learn their lessons, and keep coming back again and again!
Finally today, a little birdie named Winifred Seedcruncher, stopped by and told me their names:
Einstein Dingaling
Madame Curie Potato-Chips
Newton Go-Figure
Winifred also said they say have a secret mentor who's a member of the Miscellaneous Mousie Mob named Shin Splinter, but he rarely comes out of the storm drains. She thinks they might have a cousin that lives at the other end of the neighborhood named Tesla Twitchy, who is rumored to have chewed on an electrical cable and knocked out power for the entire town. I think little Winifred might have been looking at too many super hero comics! 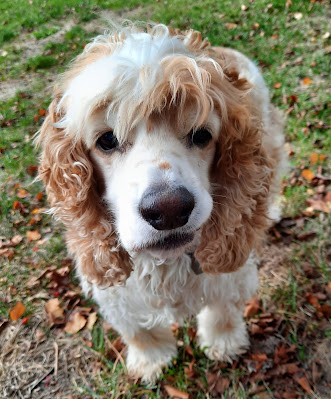 Here's a link to one of my older posts about those rotten squirrels: