Greetings friends and fans! This is The Daily Bone and I'm your diligent doggie reporter
Chester L. W. Spaniel. 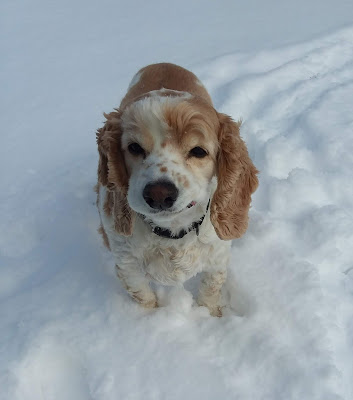 As you may know, we had a big snow storm for the last couple days. Today my ghostwriter finally was able to get out and do some shopping. She took pictures of the gigantic snow mover machine monster thing that clears snow off the BJ's plaza parking lot.

The mountains of snow it made were as big as a house!

But check this out! 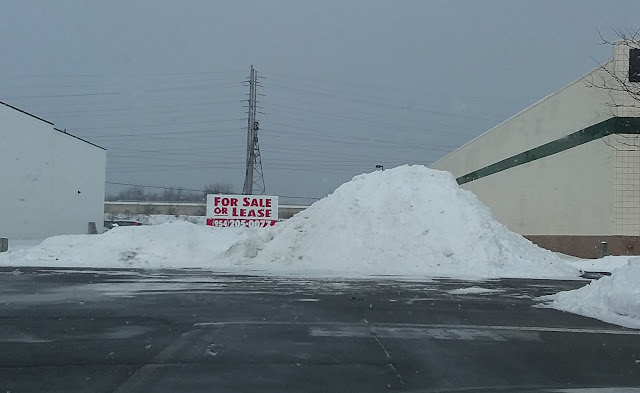 This snow mountain is for sale or lease! 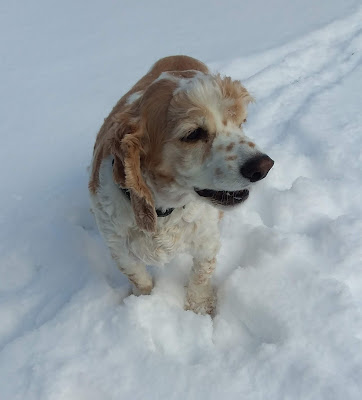 Wow! I'd like to buy that enormous pile of snow and have it dumped in my back yard. Imagine the fun we could have sledding down it! It probably won't melt until the middle of May! 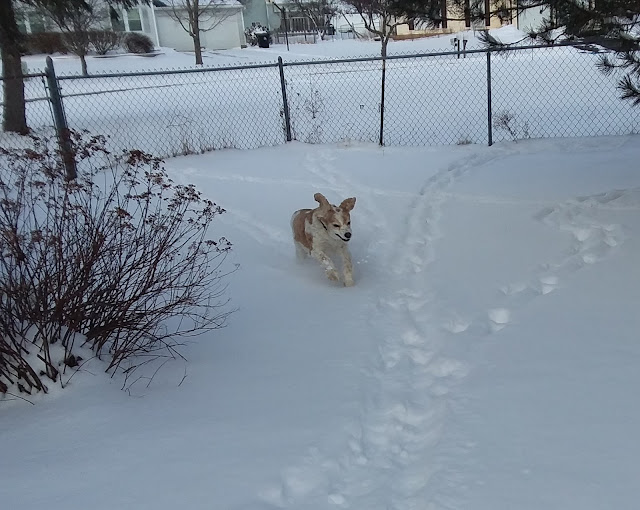 I'm going to run back into the house and call them right away before anyone else buys or leases this snow mountain. 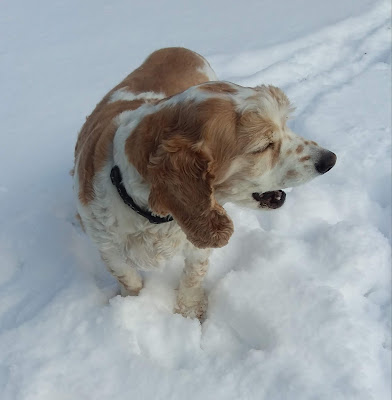 "Hey Chester, come here pup!" (Oh oh, I don't like the sound of that! I'd better stick my head in the snow and pretend I didn't hear it … ) 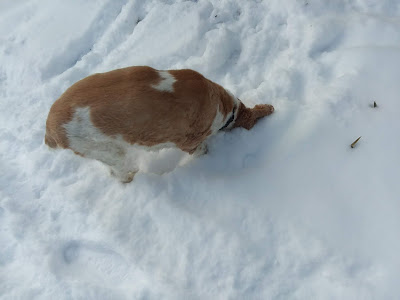 Well, it would have been a great day, except for one thing. Unbeknownst to me, I had an appointment with the vet! Yes, that's right! I was unceremoniously put in the car, driven over the big hill, and after checking out all the pee mails outside of the office, I actually had to go in! I had a routine check-up, and three, count 'em, three shots!!! Plus I had a blood draw. And that's not all!!!! They stuck a needle into that big lump on my belly to see what it is. Harumph! 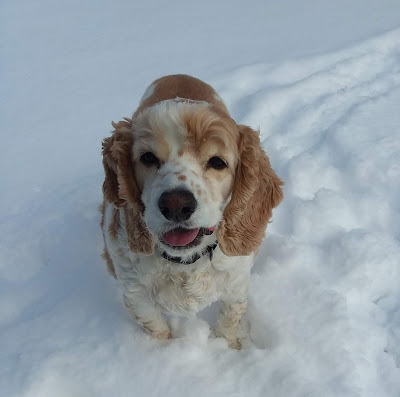 At least I got some yum yum treats there. Oh, and they called me a little while after I got home and said they looked at the stuff from my lump, and said it was just another benign lipoma like my other lumps. But it is getting rather big and getting in the way of my walking. Other than that, I'm in pretty good health. Now about that snow mountain … 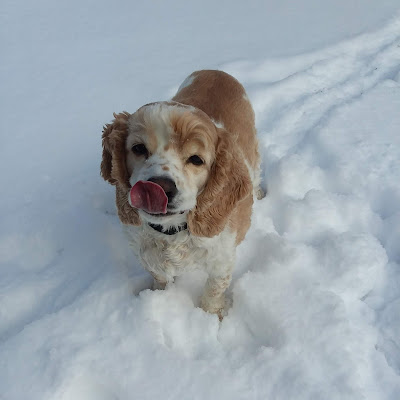 Oh, there is one more story from today. Dad, who is half Finnish (he says he's always half finished, hahaha) says today is Kalevala Day. Here's some information about it below. Please note, the Finnish mythology and folklore, as written in the Kalevala, is completely different than the better known Norse/Viking mythology. And after that is a link to some wonderful music by Finnish composer Jean Sibelius. It's a bit long, but totally worth listening to! Please enjoy!