Hello everybody. This is The Daily Bone and I'm your diligent doggie reporter
Chester L. W. Spaniel. 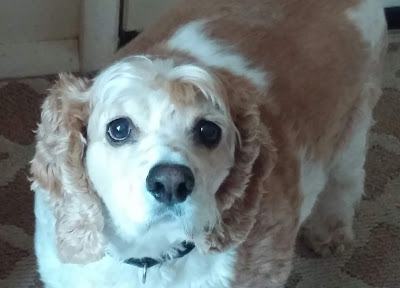 Today is a very ominous day. In fact, it's so ominous that the humans call it Black Friday. It marks the official beginning of the Christmas shopping season in the USA. (I don't understand why the humans need a special day for that.) Anyway, it involves some grueling rituals. First, the day before, the humans stuff themselves with mountains of food, sometimes to the point of becoming obtunded. The next day, they get up really early—like 3am early!—and dress in their warmest coats and sweaters and hats. They proceed to the nearest shopping center and stand in line outside in the cold along with masses of other humans who are also heavily dressed, and probably hung over from yesterday's eating and drinking. As soon as the store opens, a stampede ensues and everyone rushes to buy whatever they can get their hands on. Occasionally this part of the ritual becomes violent. Upon completion of the sale, the humans all go home and collapse on the couch, and then stuff themselves with left-overs from the day before. 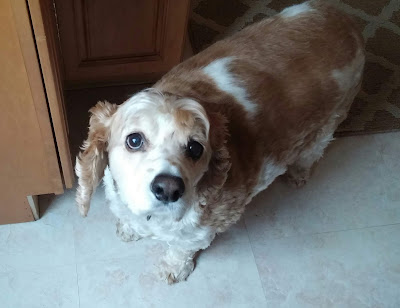 My humans never go anywhere near any kind of store or shopping center on this day. Instead, they enjoyed a calm and peaceful morning doing nothing special. Upon looking out the window to the back yard, ghostwriter spotted this squirrel: 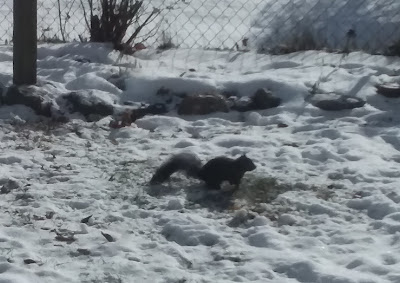 It's totally black! Ghostwriter says she's seen this squirrel around the neighborhood lately, but it's just recently ventured into my yard to snarf birdie seeds along with the rest of the Evil Squirrel Cartel. I went out to chase it away … 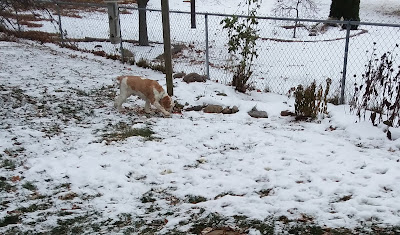 … and then did a thorough inspection of the premises for signs of other invaders. 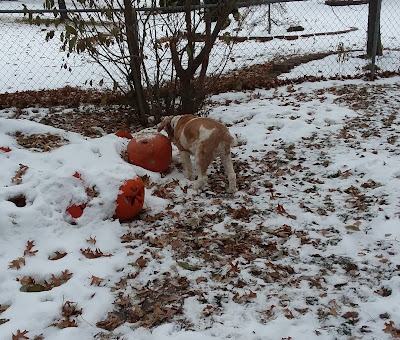 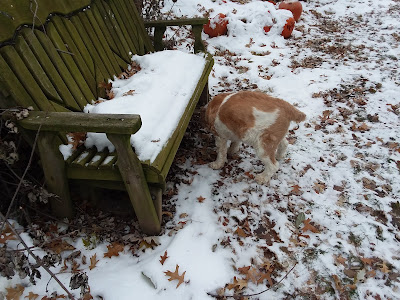 Here's what I found: The neighbor's oak tree has finally started shedding its leaves, and now they're all blowing around on top of the snow. 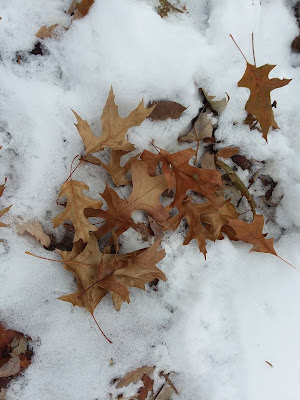 The Stodgy Robin Society was perched in the silver maple. Some of them were even singing! 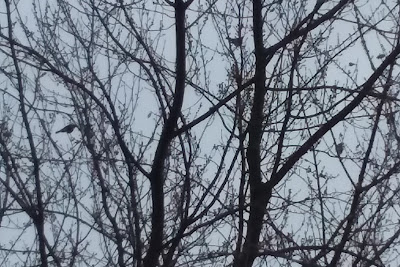 It's still mighty cold out! 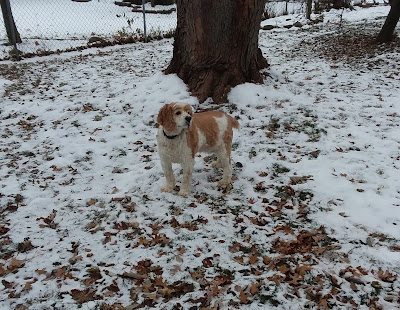 Now I think that was a lot more fun than jostling through a crowd of humans and buying stuff at stores! Hope you all had a good Thanksgiving Day.