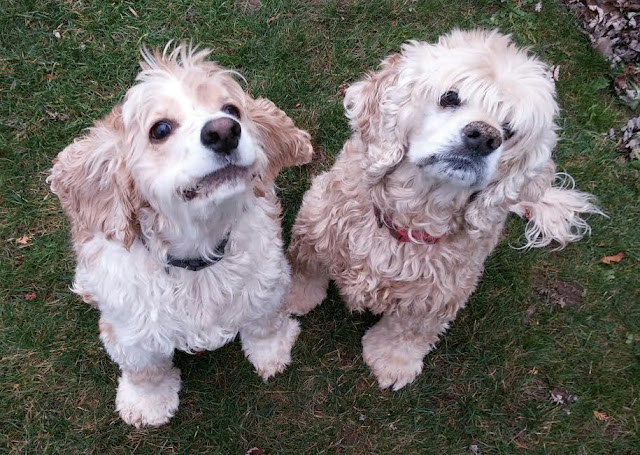 'Tis the season to be jolly … and vigilant! Here's our post from last year regarding that yearly menace, the Shelf Elf.


Hello friends and fans. I am your savvy doggie reporter and internet celebrity
Chester L. W. Spaniel along with my adroit colleague Joseph (Joey dog) Spaniel.
Together we are: 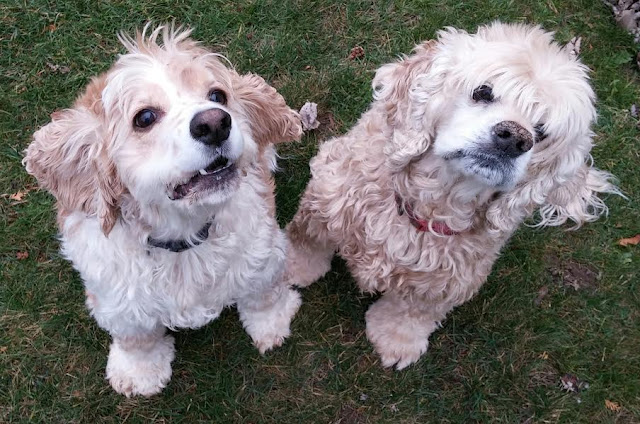 Has your house been invaded by an annoying little alien called a Shelf Elf? Does it sit and spy on you day in and day out? Does it show up in the most unlikely places and stare at you whenever you eat an extra cookie? Well worry no more!

The Double Doggie Homeland Security System is offering a fantastic, limited, one time only deal:
FREE SHELF ELF SHREDDING SERVICE
Yes, you heard it right! This service is completely free! Simply bring your despicable Shelf Elf to our workshop. Joey dog will inspect it for bombs and listening devices, and give it a good slobbering. I will then, personally, shred it! I have been developing and perfecting my squeaky toy un-stuffing, de-squeaking, and fragmentation skills for seven years now, and am thus uniquely qualified for this dangerous and tricky procedure. 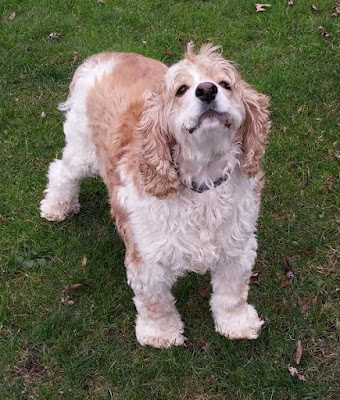 The destruction and disposal of your devious shelf elf will be done in strict confidentiality.
You will never have to worry about crime scene evidence. I will render the plastic head part into tiny bits and the cloth parts into shreds, which my humans will discreetly scatter into random trash bags.
We are sure Santa will never be able to keep track of the millions of Shelf Elf entities out there spying and tattling. They all look pretty much alike. In fact, we have heard from a reliable source that many of these things are really just mindless clones, mass produced by some big foreign manufacturing company and not connected to Santa at all! Who would perpetrate such a devious spy campaign? Besides passing personal information about your behavior and eating habits, Shelf Elf puts you at risk for identity theft, security breach, and hackers. 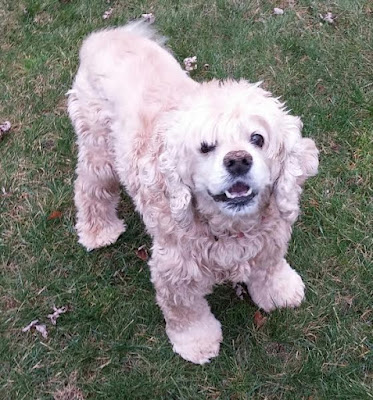 Just imagine! Your life will finally be free of that annoying Shelf Elf thing with its prying eyes, leering smirk, bulbous cheekbones, and long, gangly limbs! You will be able to enjoy your illicit cookies, candy canes, hot chocolate with extra marshmallows, eggnog, and holiday fruit cake without guilt or worry about that tattletale elf!

But remember, this is a limited time offer. You must act fast. This offer will only be available until December 25, 2015! *


As an extra bonus, we will also shred Santa hats and fake antlers for the first five callers!

AND BARKING IS ALWAYS FREE! 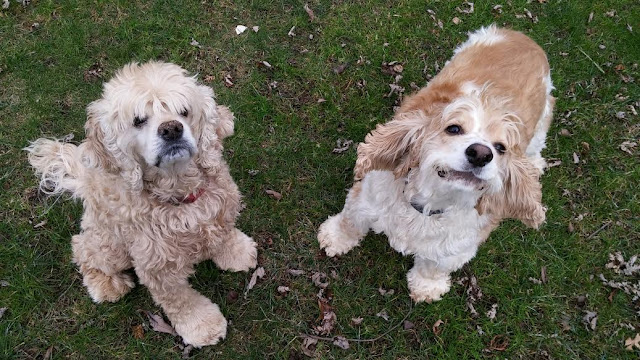 *After December 25, 2015, if you do not use our shredding service, for your safety, we suggest you put your evil elf in a hermetically sealed plastic bag and then store it in a large storage bin in your basement or attic, where it will be effectively deactivated. Other suggestions: bon fire, trash can, your nearest deep body of water, or burial under six feet of dirt. The Double Doggie Homeland Security System will not be responsible for harmful side effects.