Hi everybody! This is The Daily Bone and I'm your diligent doggie reporter Chester L. W. Spaniel along with my venerable colleague Joseph (Joey dog) Spaniel. 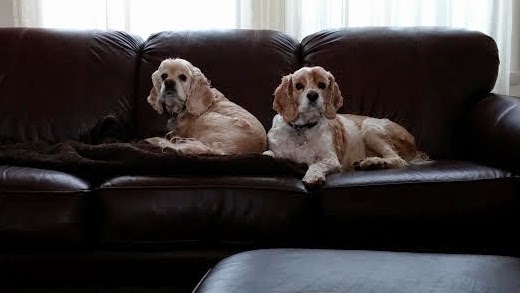 Today I don't have anything to talk about, and neither does Joey dog. I've been showing you all the fun we had in the snow and mud for the past couple weeks—I hope you enjoyed it—and have completely neglected my political commentary. It seems the same old stuff is being re-discussed and endlessly re-analyzed on every TV news report, and I'm sure you're as sick and tired of it as I am. But, for the record, I will now comment on the three biggest news stories.

Story #1. Missing Jet. I think by now, there is little hope the people who were on board that missing jet plane are still alive, sad as that may be. The search goes on by top professionals from several countries. Surely a correct discovery will be made, and bringing in a psychic won't be much more help. I think it's disrespectful to keep on presenting all sorts of crackpot theories.

Story #2. And then there's the on-going ACA saga …


Story #3. I'm also pretty sure that Mr. Putin isn't going to change his mind about his invasion plans, unfortunately. Didn't I say he looked kind of bored and distracted during the closing ceremony of the Olympics? He obviously didn't think peace was a good idea! That earns a double doggie snort! Shame on you!

All is not lost, though. We found some great videos for you to see. The first one begs to wonder if O-Care covers this squirrel's ailment. Personally, Joey dog and I would love it if all the Evil Squirrel Cartel had this affliction. It would make our jobs so much easier!

The second video shows what happens when the government wastes our hard earned tax money on robot squirrels, and then they escape into the wild. We knew nothing good would come of that!

So now we rest up for our next squirrel encounter. 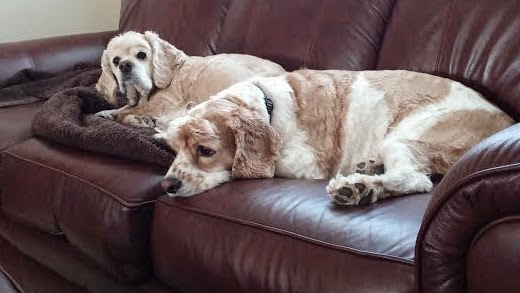