Hello snow doggies and friends. This is The Daily Bone and I’m your humble doggie host
Chester L. W. Spaniel. 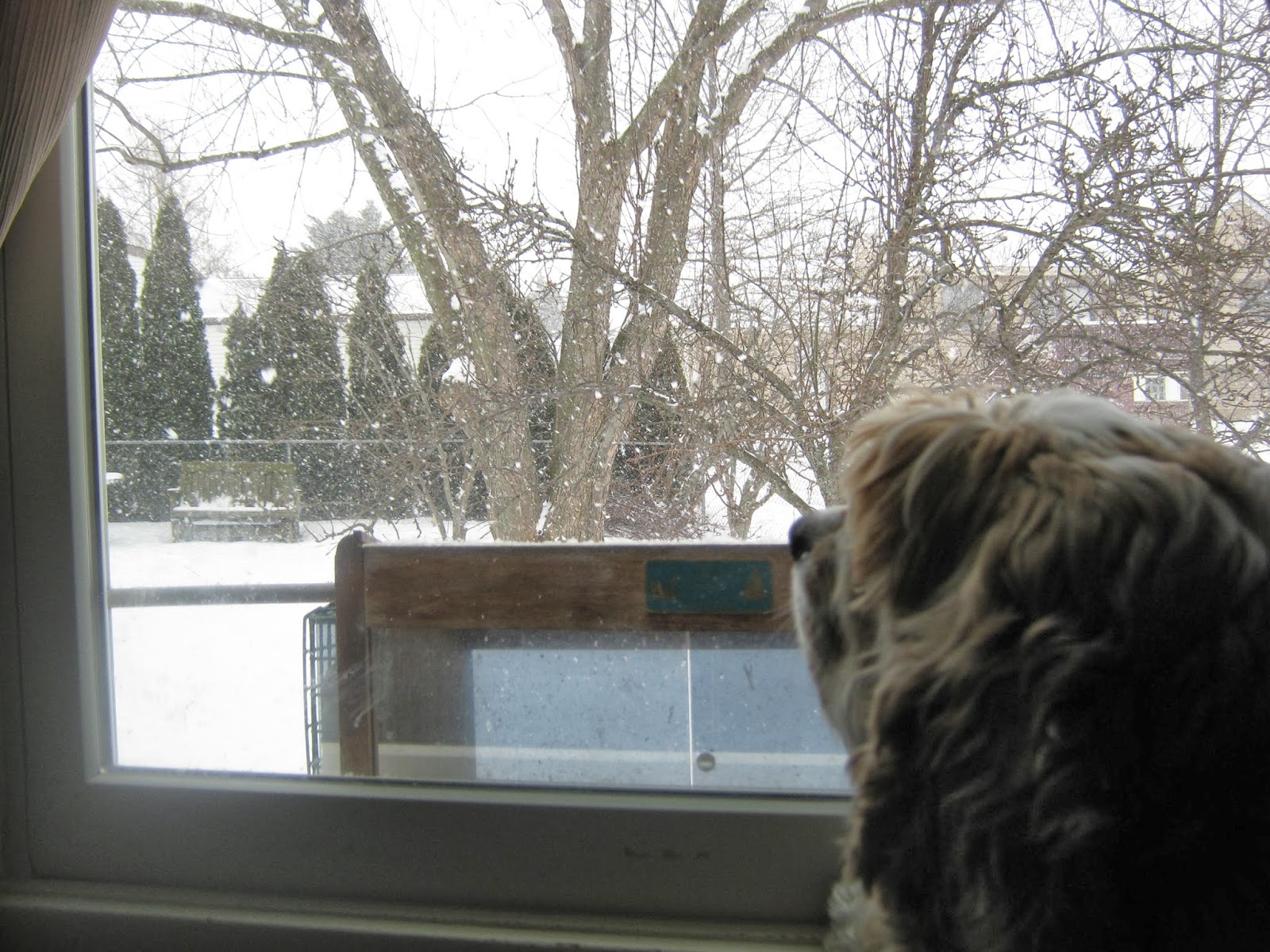 Today’s new vocabulary word is chionophobia. Yes, that’s really a word! It means an intense fear or dislike of snow. My esteemed colleague Joseph (Joey dog) Spaniel and I have a hard time imagining this, considering all the fun we’ve had in the snow this year. In fact, it was snowing again yesterday, and we couldn’t wait to go out in it.

The humans are obsessed with portraying snow as an awful thing. Every time there is a weather front that might produce snow, it’s painstakingly tracked by satellite. Every TV station reports that this may just be the biggest storm of the year, and destruction, devastation, misery, and tragedy will surely follow in its wake. I keep thinking, it’s just water frozen vapor. What’s so dangerous about that? But the humans still have not invented vehicles that can travel safely and efficiently on slippery snow covered roads. (You may disagree with that, but my ghostwriter said she once saw a 4-wheel drive Hummer go spinning out of control on an icy highway! She also saw a snow plow get stuck in the snow right in our own neighborhood!) On the other hand, we were just treated to two weeks of humans having great fun in the snow at the Winter Olympics. Obviously a large number of humans do not have chionophobia.

Joey dog consulted the Yum Yum Coalition guide book which said that snow is actually quite delicious. We went out and tasted some fresh clean snow, so that we could accurately verify this on TDB. The following photos document our experiment. 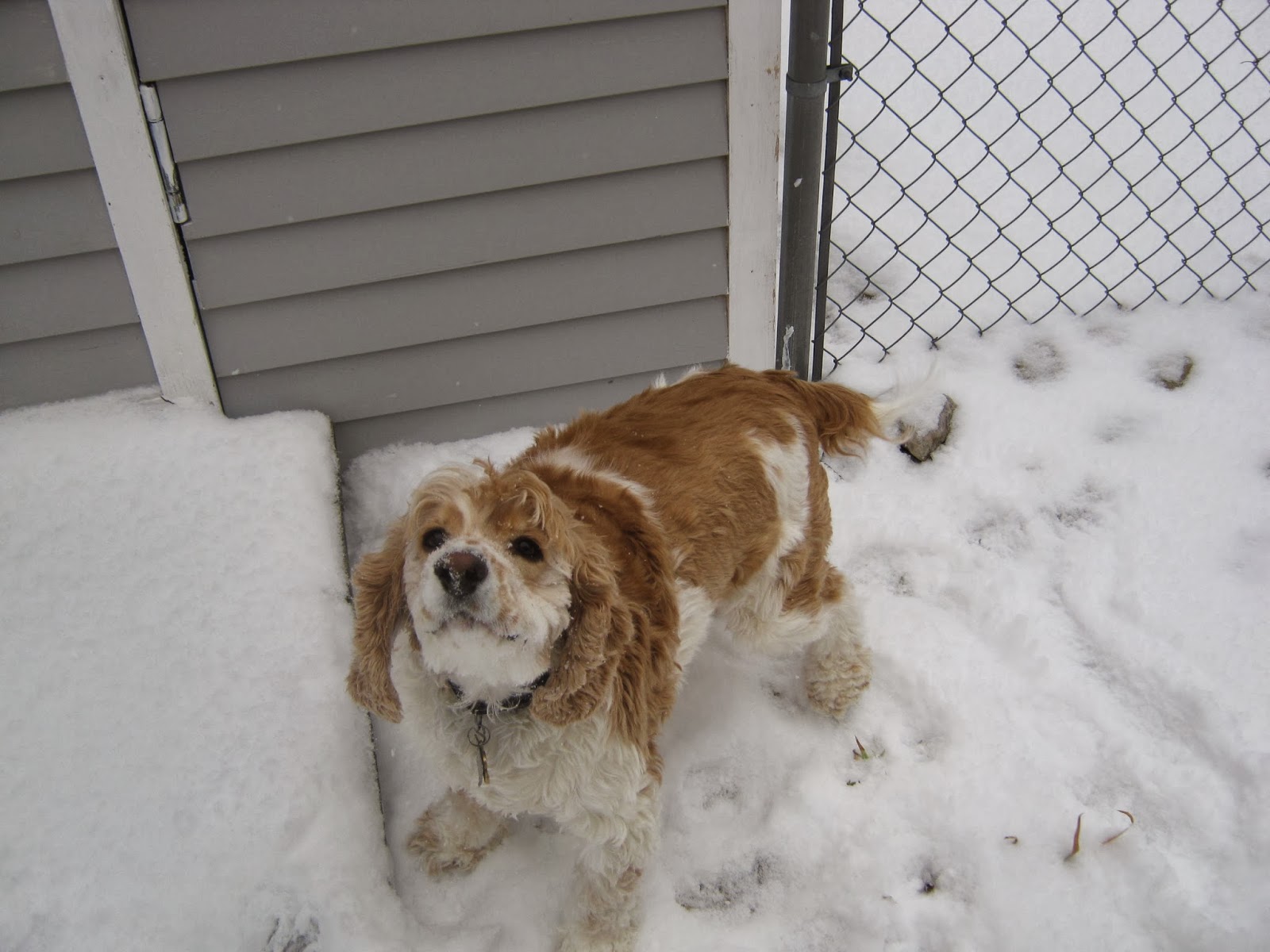 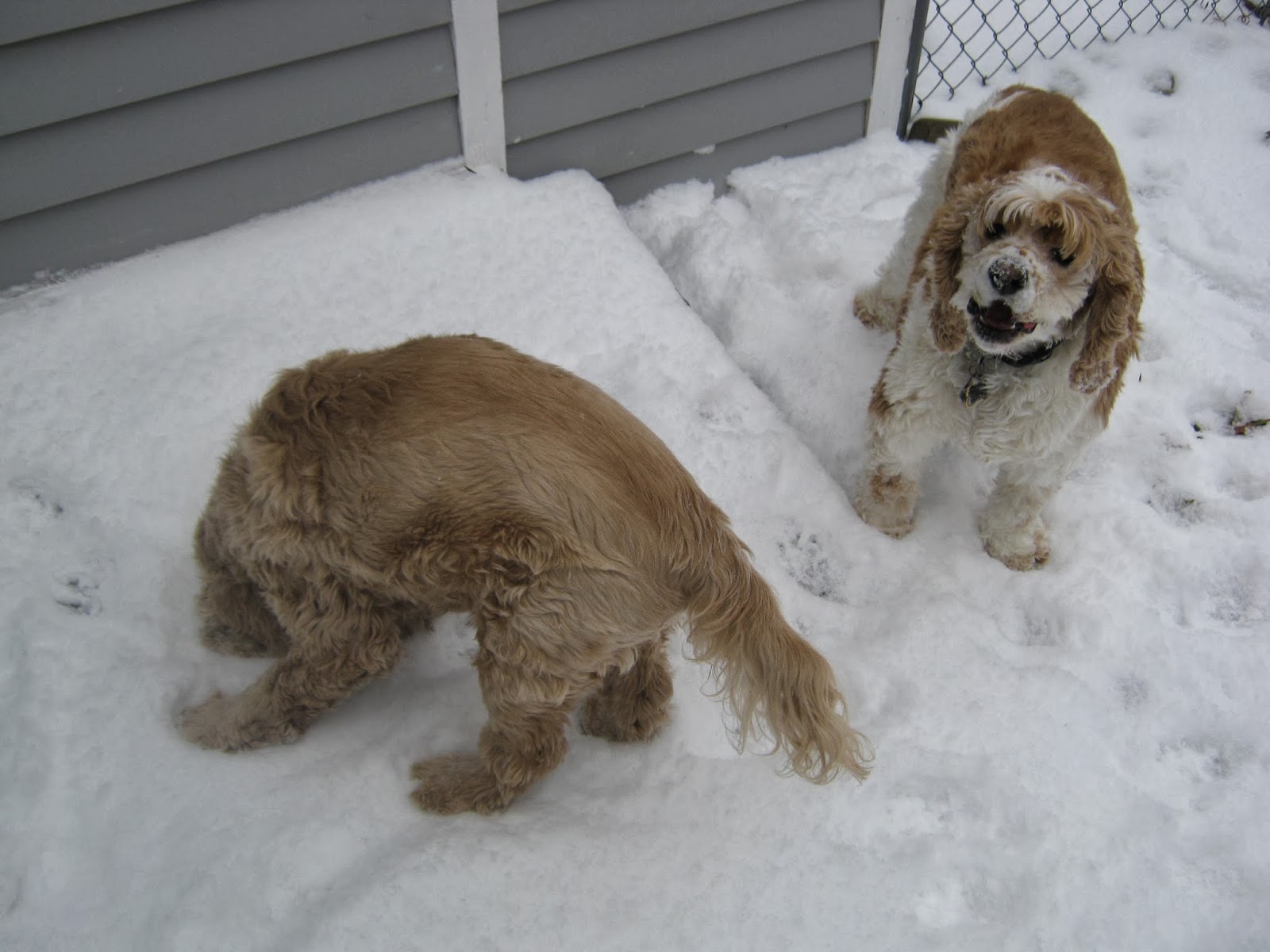 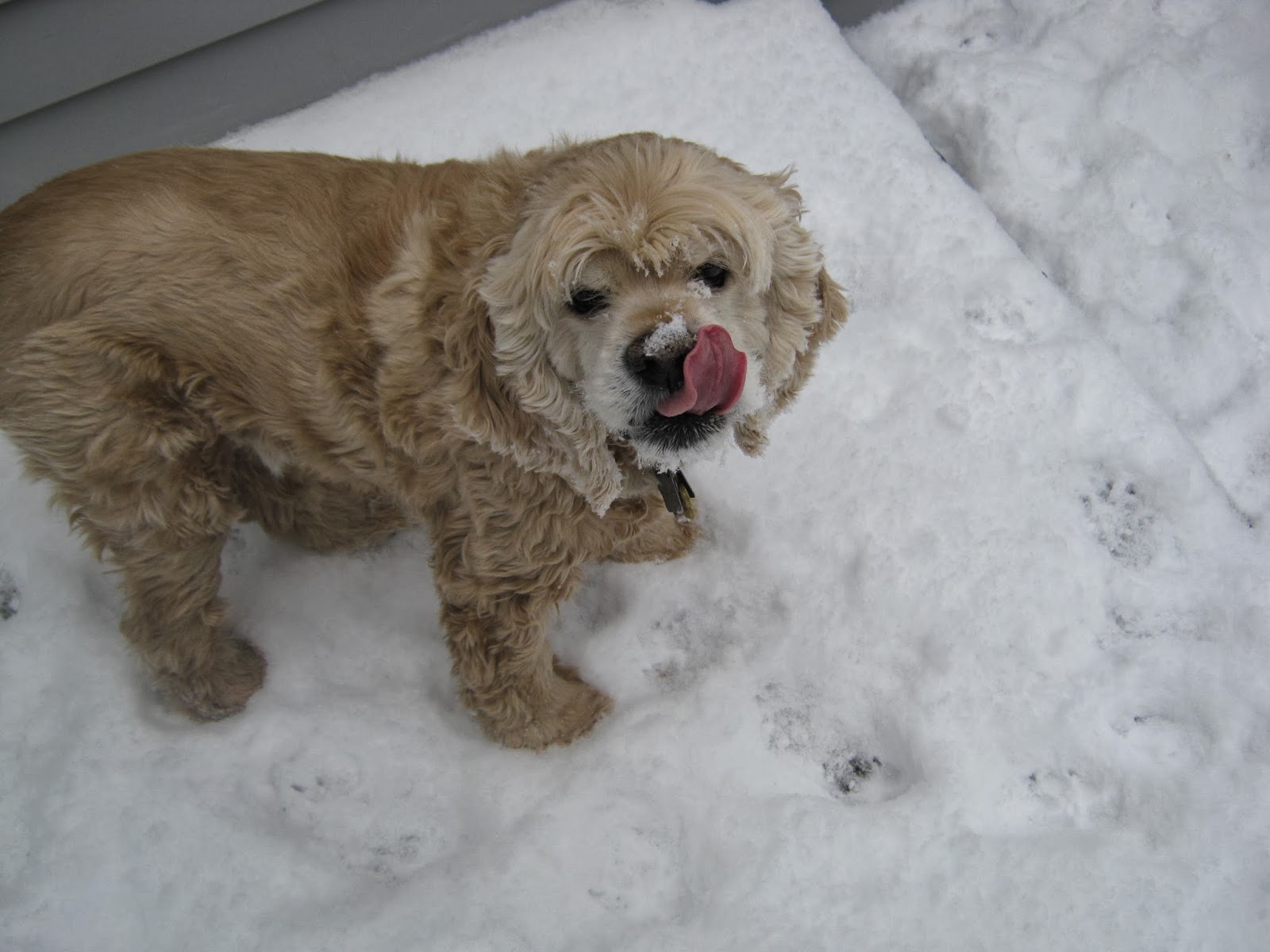 The verdict? It tastes like water! Not at all unpleasant, and certainly not dangerous unless you eat great quantities of it. That might make you cold and have to pee a lot.

I heard that it’s going to get warm tomorrow. We say get outside right now and enjoy the snow while it’s still here. If you have chionophobia, move to the equator! 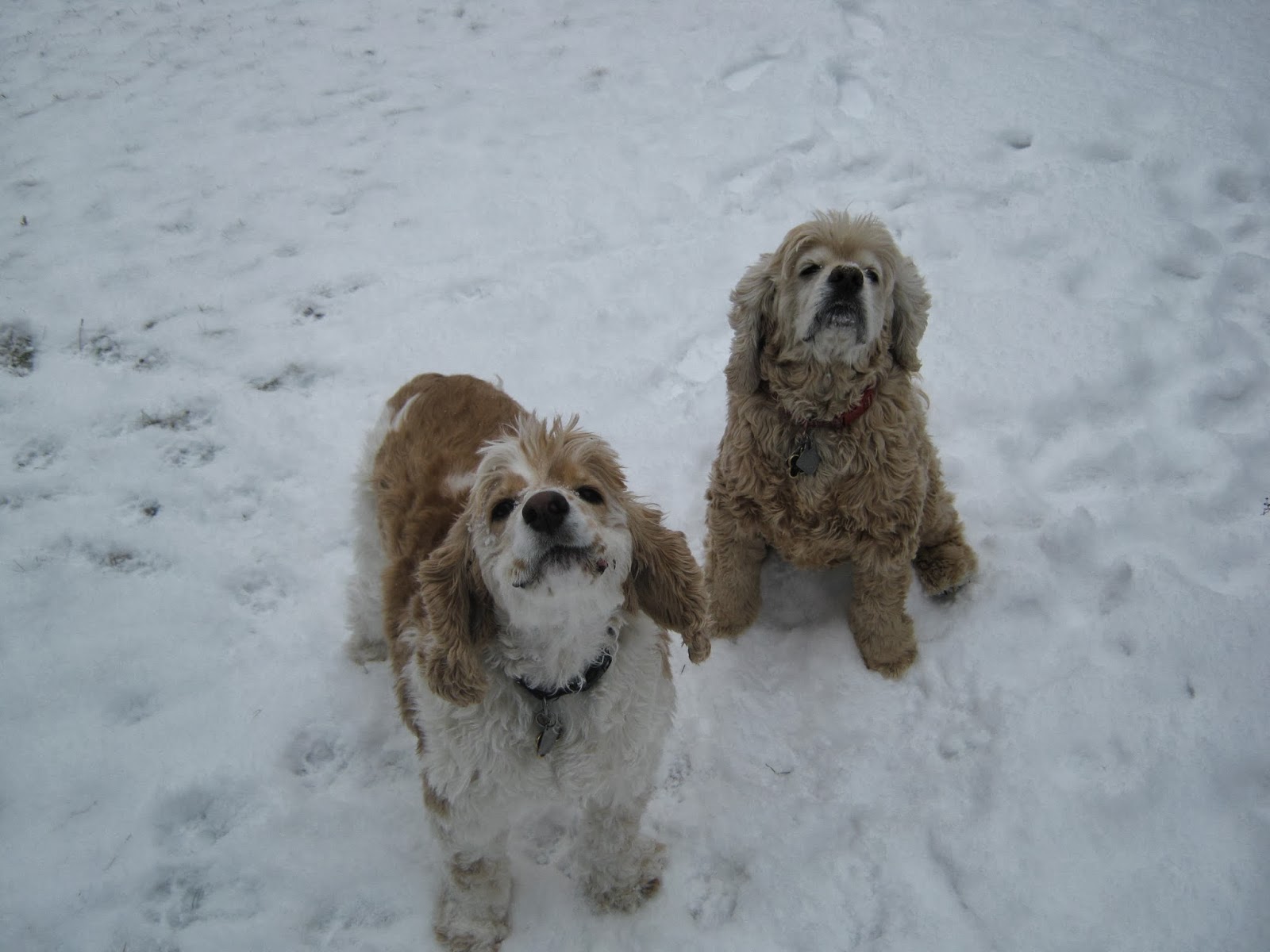