Good evening friends and doggies. This is The Daily Bone and I’m your humble doggie host
Chester L. W. Spaniel. 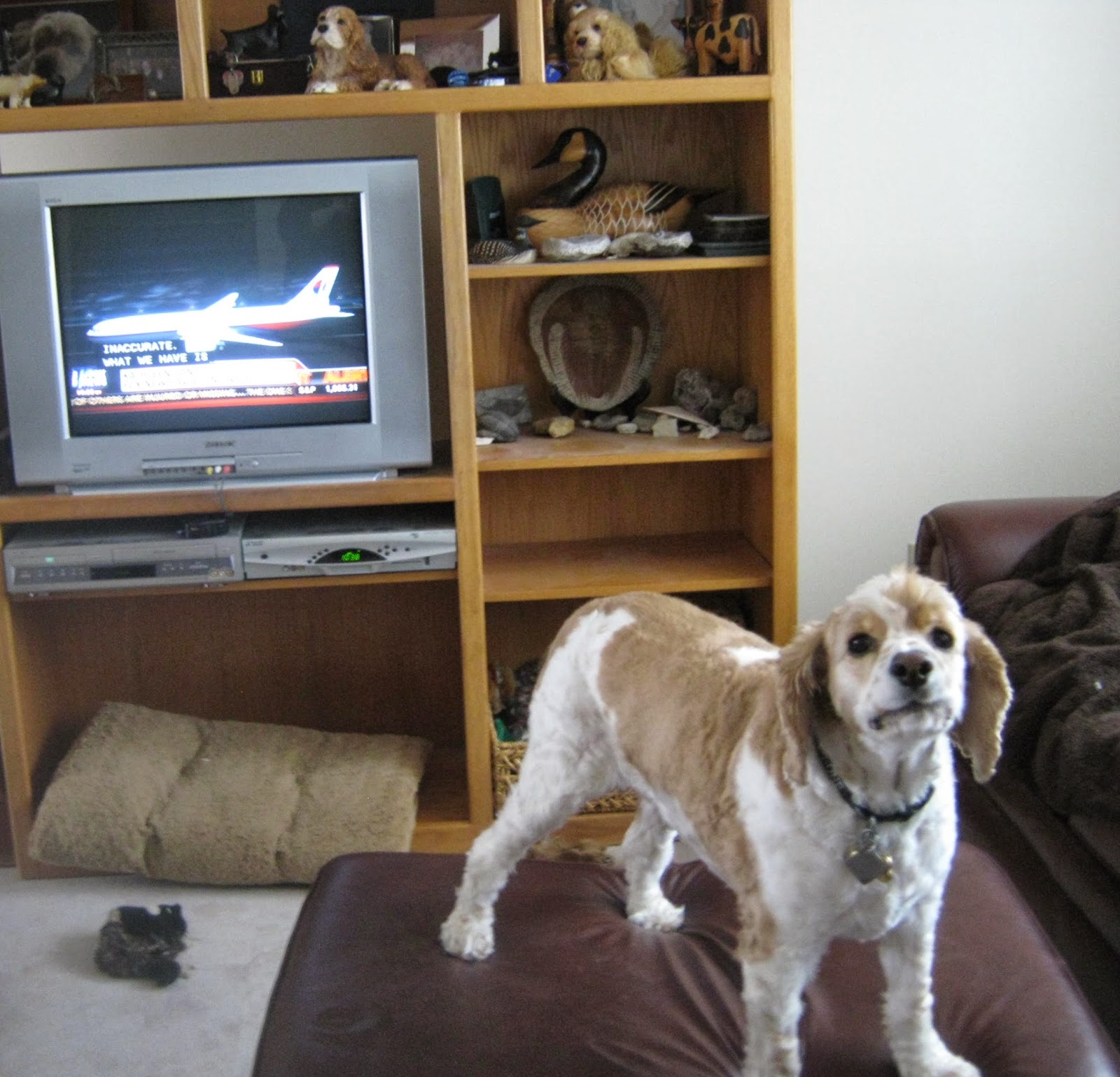 Apparently the authorities in Malaysia have announced that the jet plane that disappeared three weeks ago has crashed into the Indian Ocean. They don’t know exactly where, or why, or how. Parts of the search are being called off because of bad weather. But, knowing the humans, they will not stop looking until they find it. Sooner or later they will discover exactly what happened and where the jet is. Humans are just persistent like that when it comes to mysteries. And then, of course, the entire saga will be made into a block buster movie, or a TV series. I couldn't help but notice how many different countries were participating in the search: China, Australia, the USA, Thailand to name a few. Why can’t they all work together like that all the time instead of fighting and invading each other, and threatening to blow each other into smithereens over their differences in beliefs and politics? 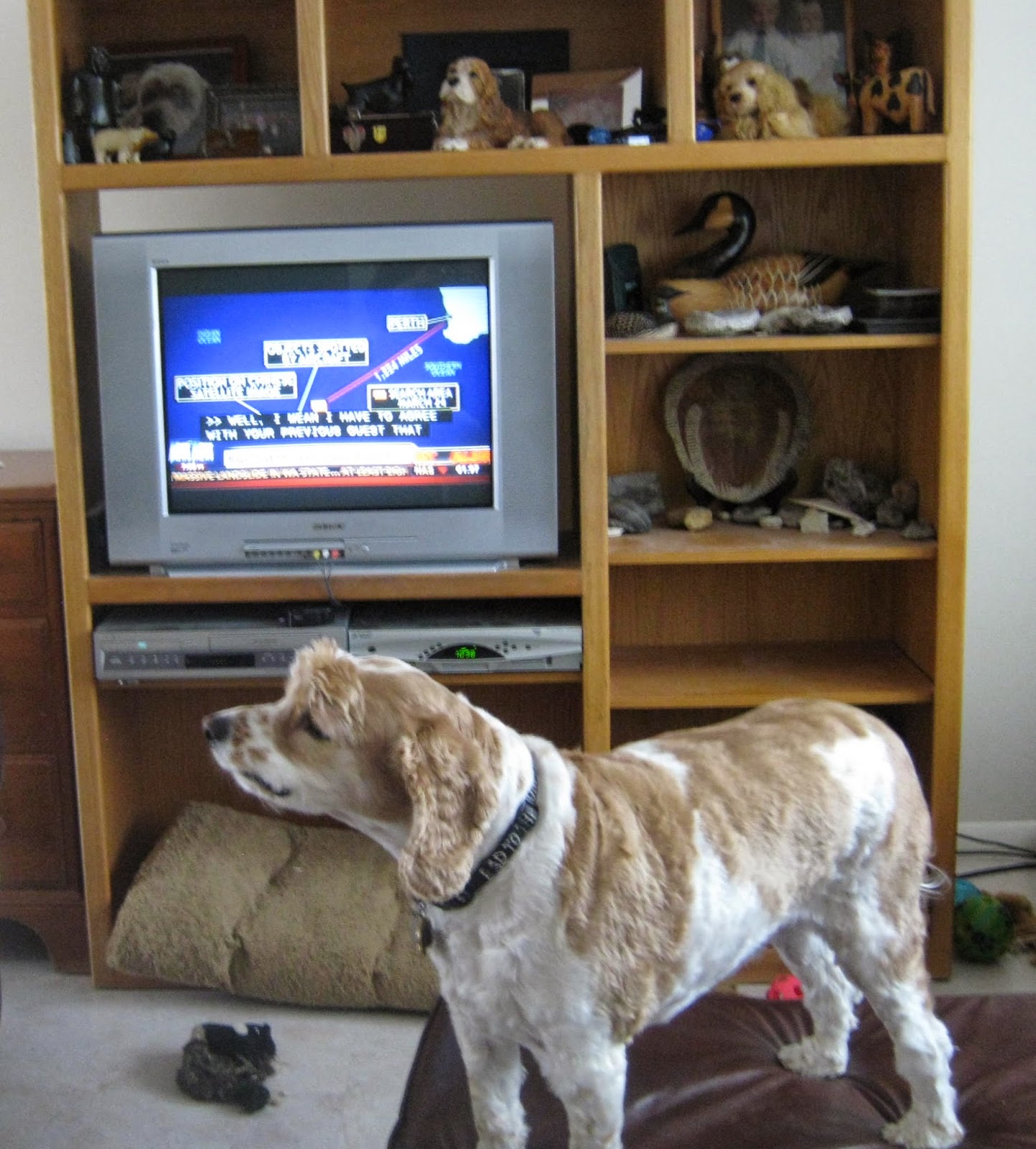 In other news, today it snowed again. It has snowed almost every day for the past two weeks. For those of you that keep track of the seasons on a calendar, or have enough clear skies to be able to determine that the days and nights are exactly equal right now, it’s supposed to officially be Spring now. I’ve been around long enough to know that Spring means it’s supposed to get warmer, leaves will sprout on the trees, and flowers will bloom. There’s absolutely no sign of that here. In fact, I went outside and tasted the snow flakes to see if they were any different than all the other Western New York Lake Effect snow flakes that fell over the past several months. Hmmm. I’m going to have to say, no. We have no climate change what-so-ever to report. Sorry global warming fans. Don’t get out your solar powered lawn mowers yet. 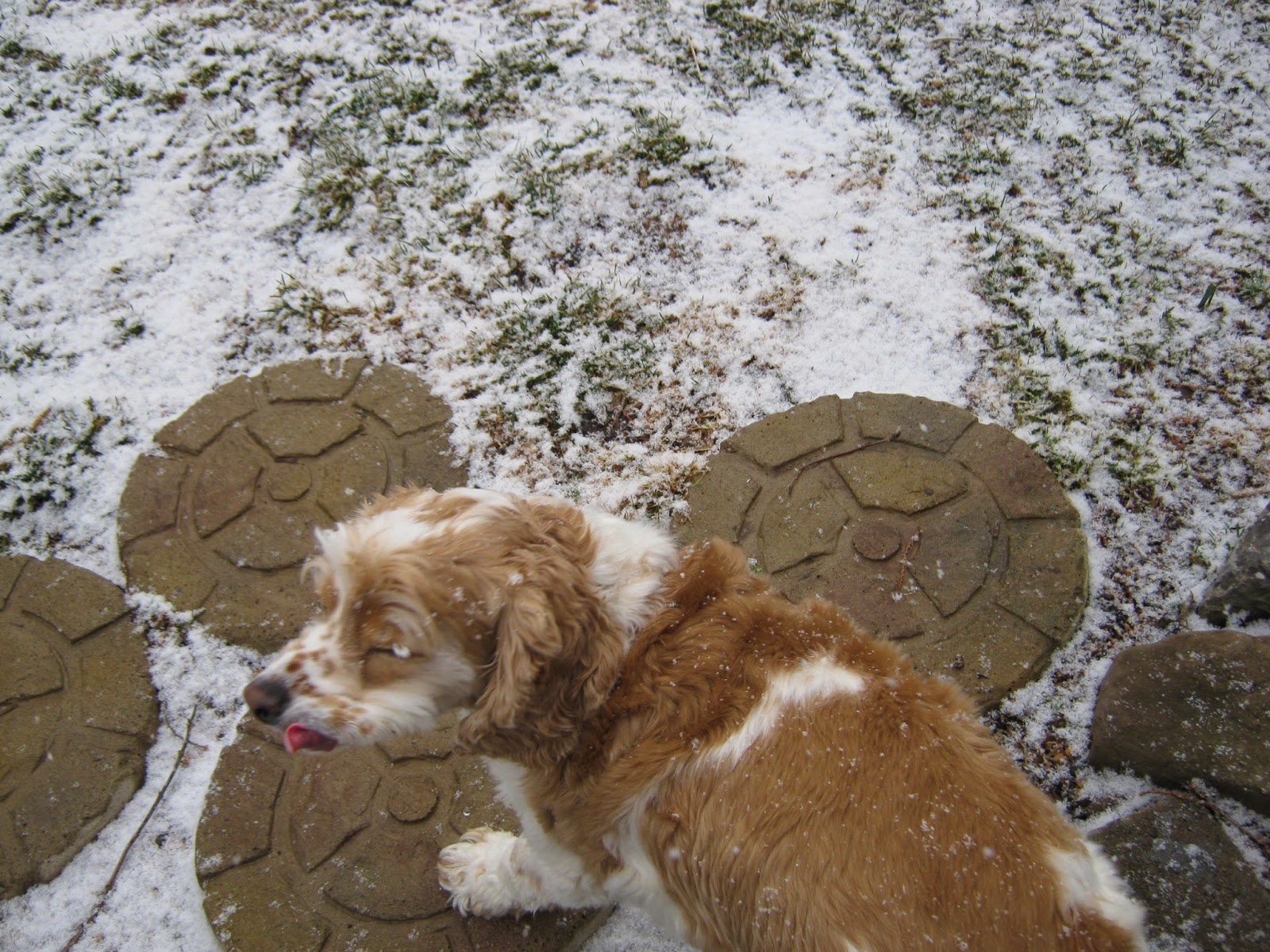 But sooner or later, due to the Earth’s tilted axis and its orbit around the sun, winter must end. Hopefully—or sadly—I will not be showing any more new photos of my esteemed colleague Joseph (Joey dog) Spaniel and me romping through snow drifts until probably next October. I can honestly say, we are so over winter!