Greetings friends and fans! This is The Daily Bone and I'm your doggie reporter Chester L. W. Spaniel. 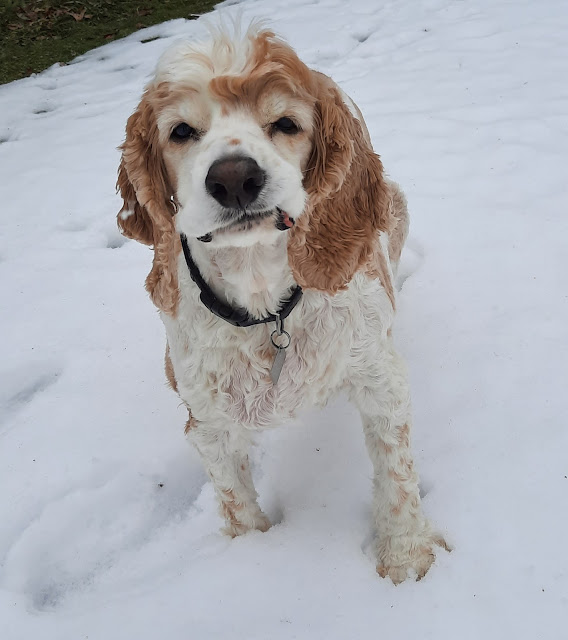 A few days ago, I was standing in the snow, like in this picture. The next day, it started getting real windy, and the snow melted a little, and then froze and got slippery.
As the snow continued to melt, it revealed a monumental mess the birdies had made underneath the feeders with dropped seeds and seed shells. 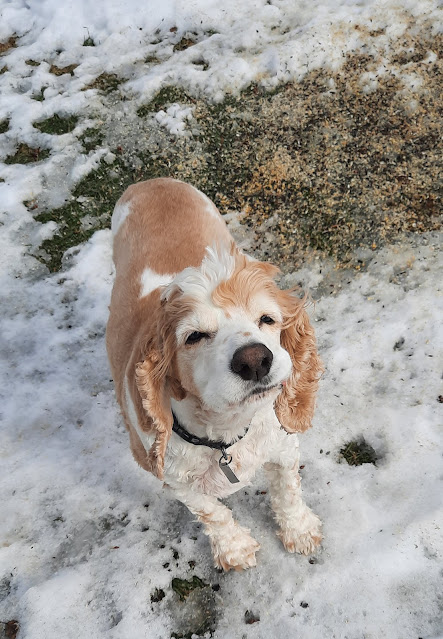 We found another huge mess under the hawthorn tree, where the squirrels had dropped thousands of hawthorn berries on the ground. 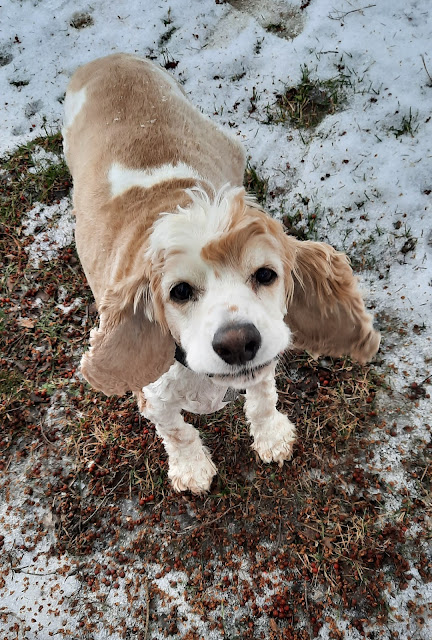 The melting snow revealed yet another mess: tons of bunny poop! Everywhere! We're not going to show you pictures of that. Needless to say, there must be more than one bunny to make that many cocoa puffs! 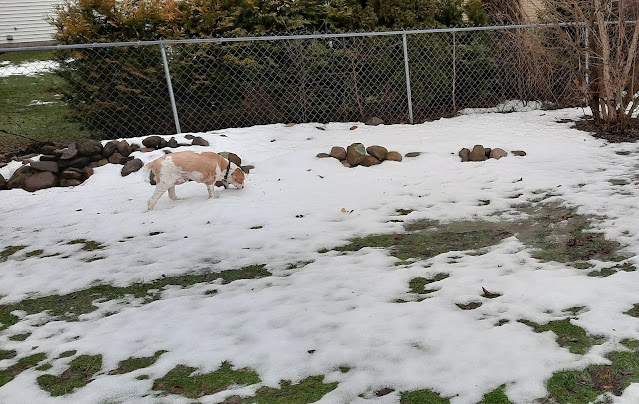 Yesterday, there was still some snow left, along with mud and puddles. 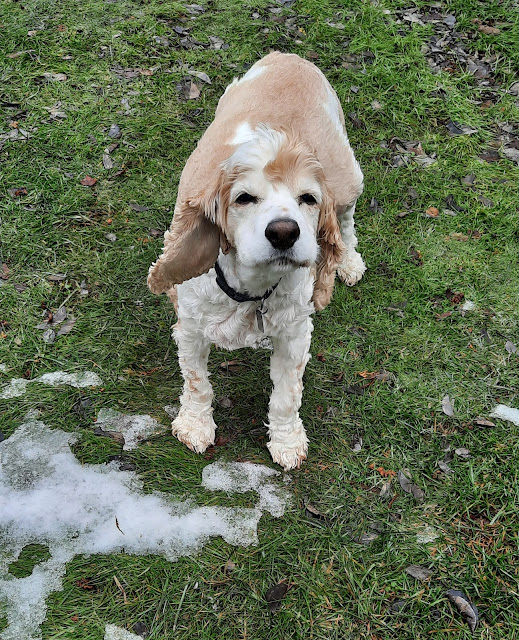 By the afternoon, hardly any snow left in my back yard, and it started raining. Well, I guess I shouldn't be surprised, since this is Western NY and drastic weather changes are common. 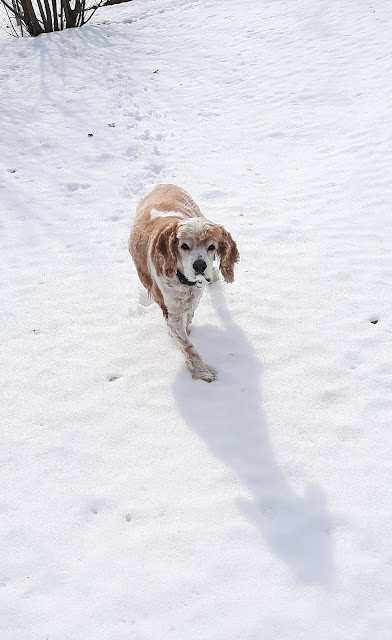 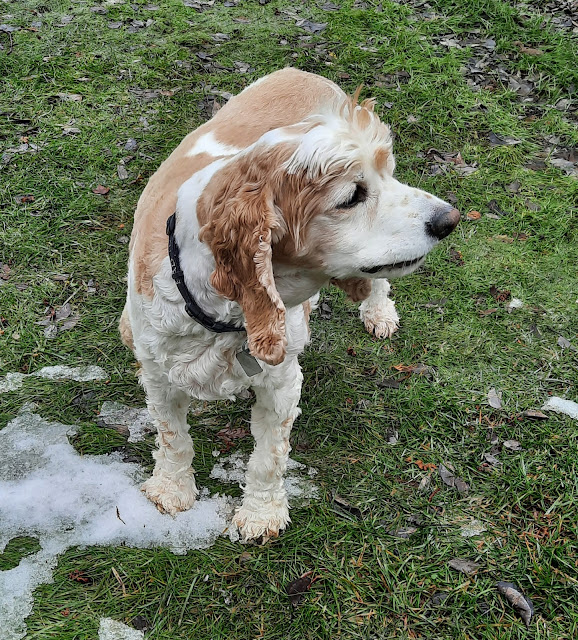 This morning we woke up and everything was once again covered with snow! 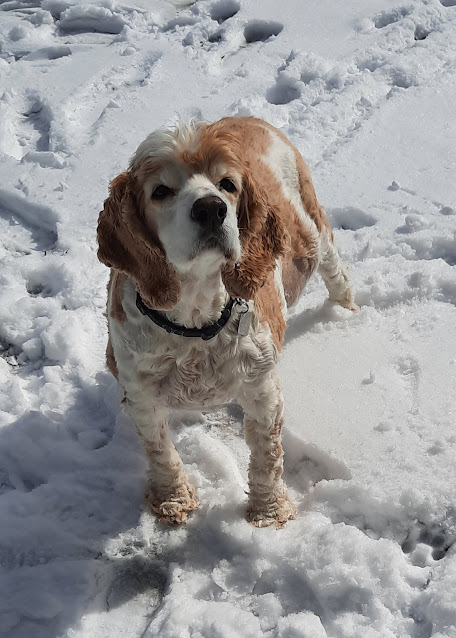 This report was brought to you by WNY Snow Squalls-R-Us, courtesy of Lakes Erie and Ontario.
Posted by C.L.W.STEP at 7:48 PM