Greetings! This is The Daily Bone and I'm your doggie reporter Chester L. W. Spaniel.

The month of October is drawing to a close. The weather here in WNY has been changeable. Yesterday it was gloomy, and dreary, and depressing, and pouring rain non-stop all day. 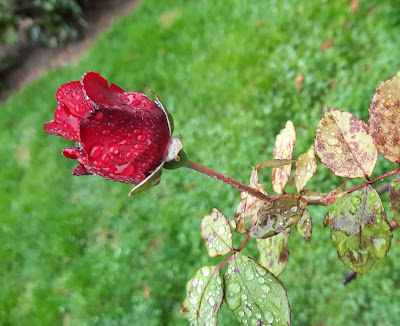 In the evening, just when it was getting dark, hundreds of geese flew by! They were going real fast, and it was cloudy so my ghostwriter had a hard time getting a good picture of them.

The local Sparrows Incorporated flock has at least three dozen birdie members now. They can finish off two birdie feeders full of seeds in less that two days! They're pretty bold too. They don't bother to fly away when I'm outside sniffing around. Do you see them sitting on the fence in this picture, below? 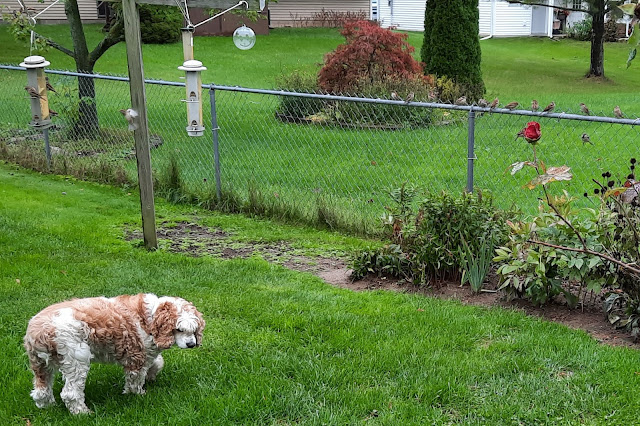 There have been three crummy, rotten, evil squirrels hanging around lately! They don't even run away when ghostwriter taps on the window. In fact, they'll look at her as if they expect her to give them a peanut butter sandwich! They take off pretty fast when I come outside, though. 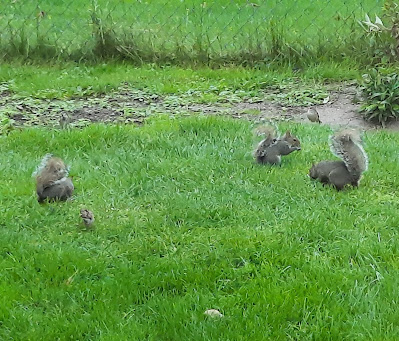 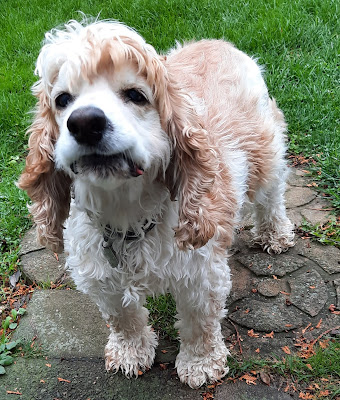 Today, the rain stopped, and the sun came out! 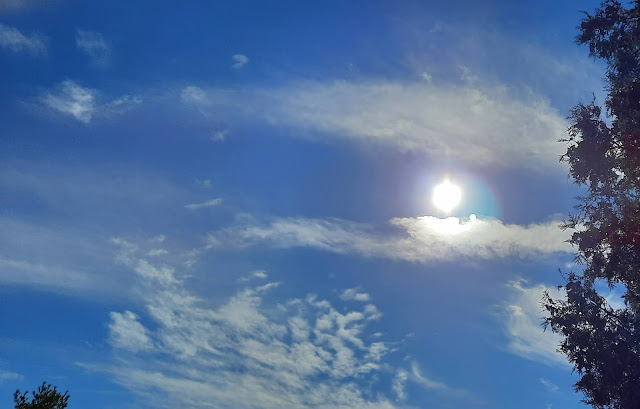 We were surprised to see this little critter trying to get into the feeders: 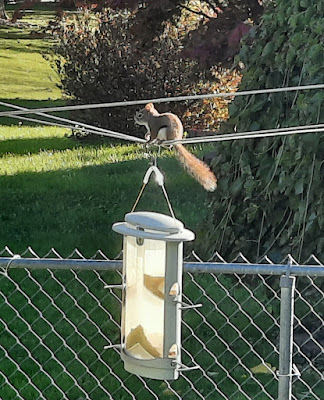 At first we thought this was a chipmunk. But a closer look confirmed that this was a baby squirrel. We think it's kind of late in the season for youngsters like this. We wonder how he's going to make it through the winter, especially with competition from the bigger, fatter, meaner squirrels. Well, there are plenty of berries on our hawthorn tree that he could eat in a pinch. Oh, and lots of acorns in the neighbor's big oak tree.

I guess I'll give him a pass! 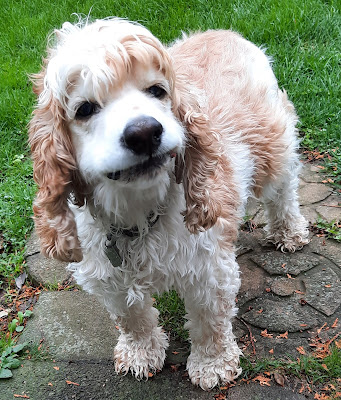