Hello everyone. This is The Daily Bone and I'm your alert doggie reporter Chester L. W. Spaniel. 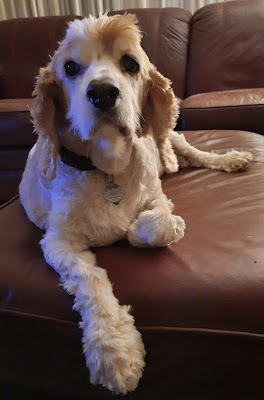 We've been getting a dusting of snow every few days. Usually it melts pretty quickly. That hasn't stopped our local chapter of the Evil Squirrel Cartel! They've been out every single day snarfing up the seeds the birdies drop from the feeders. In fact, they're getting pretty fat! But lately they've decided the seeds on the ground are not enough for them. So they tried to break into our squirrel proof feeders.

Here is Madame Curie Potato-Chips in her first attempt. That's Einstein Dingaling on the ground underneath. 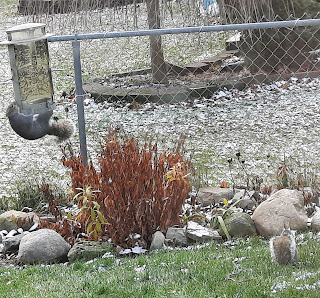 Dingaling had enough smarts to get out from underneath, just in case his big, and we mean BIG, sister falls off. Here's a picture that shows that, as Potato-Chips hangs on the feeder, the seed ports close. She tried chewing on them, but they're made of metal. 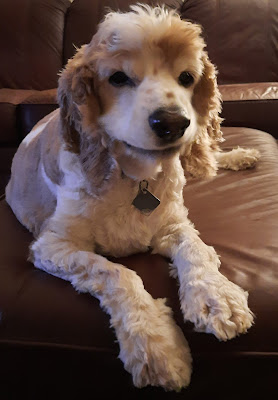