Hello everyone. This is The Daily Bone and I'm your doggie reporter Chester L. W. Spaniel. I know, I know. I'm very remiss on posting lately. So here I hope to catch everyone up on what's been going on in my part of the world. 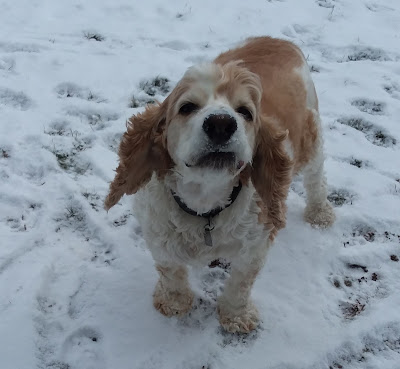 February 26 2020: There was supposed to be a super massive, end of the world (again) terrible, awful blizzard here in WNY. We did get several snow squalls that lasted maybe ten minutes, tops. But the high winds just blew it all away. While some areas got more snow, what I'm standing in right now is how much we got in my neighborhood. 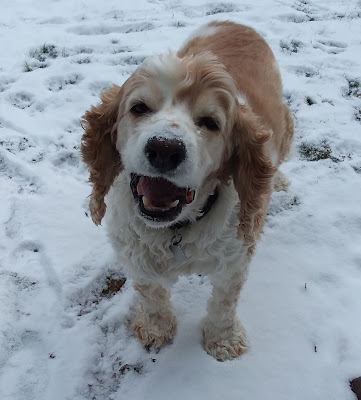 After that, we got a bit of sunshine in the mornings, and then clouds soon rolled in to make the days gloomy and dark. Blah! 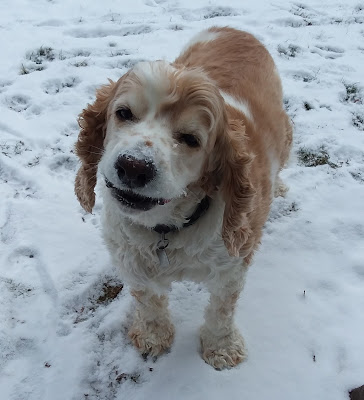 There is a flock of crows that visits our neighborhood every day. They arrive in the late morning, and stick around until it's time to head for the city for at night. When we had those high gusting winds, they didn't sulk and complain. They did aerial acrobatics!  We only got one good picture of them doing their loops and swoops. They were going pretty fast! 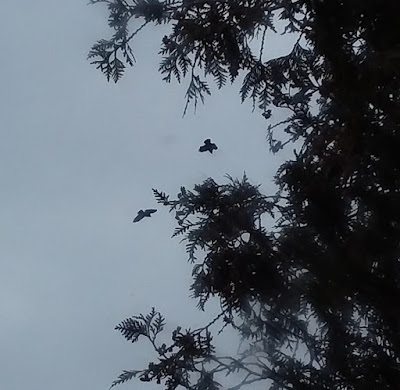 We also saw great big flocks of geese and ducks fly over, along with some vultures too. 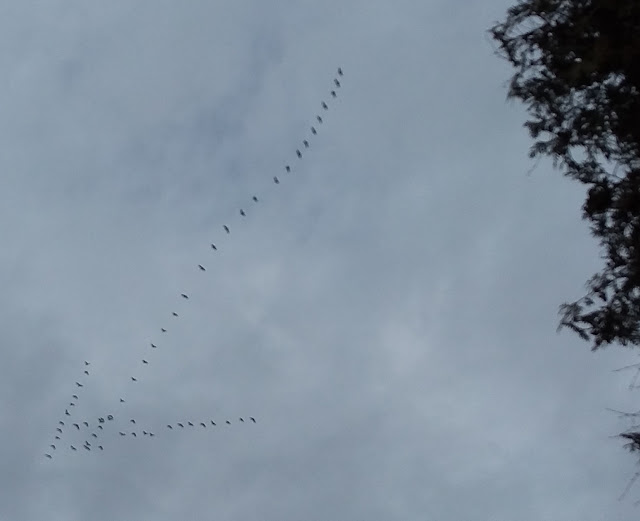 This was actually a small group of Canada geese. These groups merged into gigantic flocks. What a racket they  made!

I guess that means there's a possibility of Spring arriving soon. My ghostwriter says she saw a bald eagle flying over a field a couple days ago. She's also seen some beautiful red tail hawks along the country roads, especially along Erie Station Road and Middle Road where pigeons like to perch on the telephone wires. Ok, now we're watching closely a fresh snow fall. Do you think it will add up to several feet by tomorrow morning.


Fast forward to this week, the weather forecast was about the same. We were supposed to get several inches of snow by the end of the week. Saturday morning, and here it is! 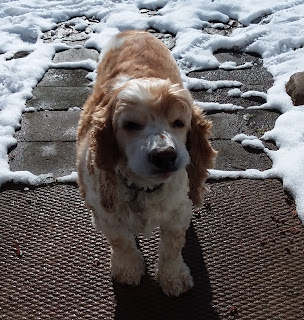 It was yet another over-prediction! 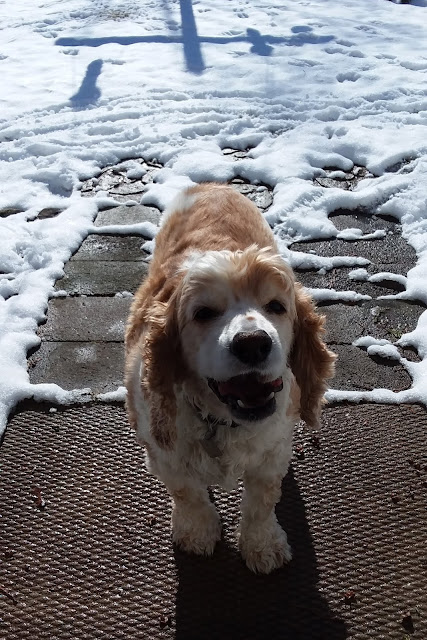 Saturday afternoon: hey, where did it all go? Apparently we'll not be reporting any more snow. 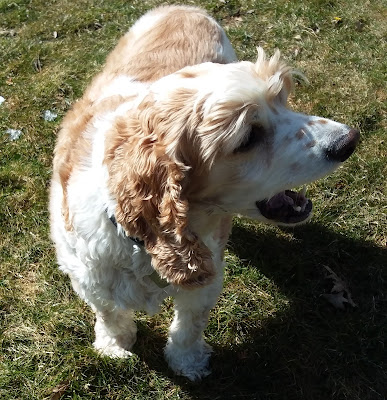 Oh, but there has been a lot of action in my back yard of the avian variety! Here's Sid Starling! He spent the winter flying around in a huge flock of his fellow starlings. (For a scientific treatise on this phenomenon, see the link at the end of this post.) Now he's back in his old territory and probably planning to build a huge nest inside the neighbor's dryer vent like he does every summer. 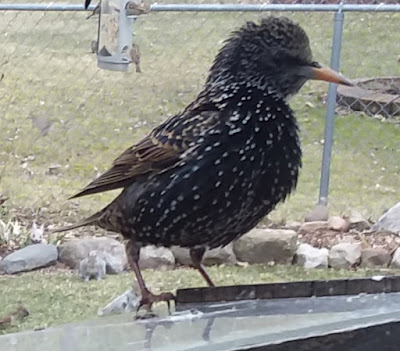 He's been gobbling up the suet on the side of the window feeder.  Sometimes he had to fight off his relatives who wanted in on it too.


He had to keep an eye out for those rude grackles too. 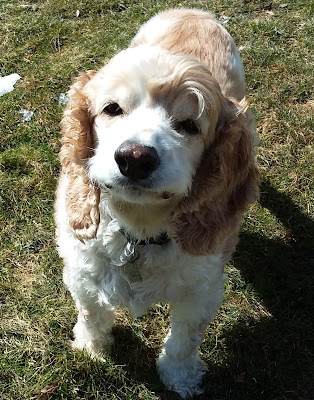 Speaking of grackles, big flocks of them continue to arrive daily, undeterred by the weather. (As long time readers will know, we don't like grackles very much.) 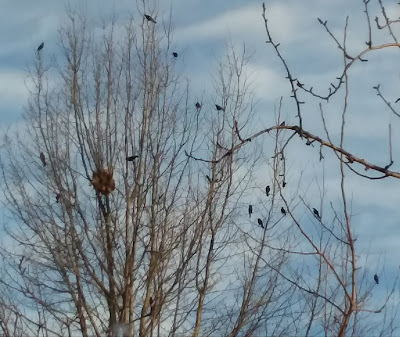 In fact, the National Guard has been flying their helicopters around for the past week in an effort to chase those hoodlums away! Look! There goes one now! 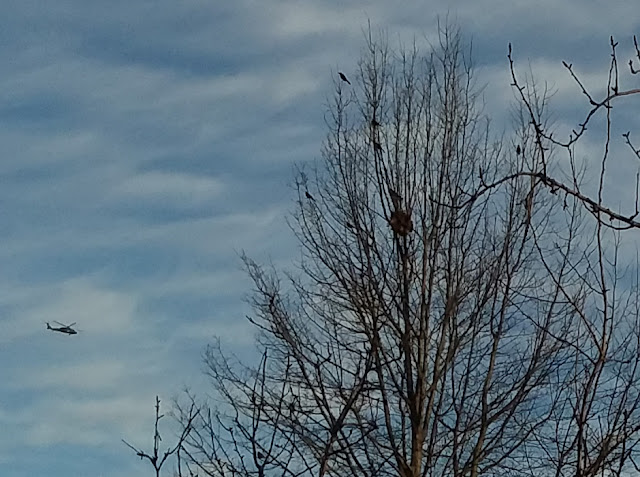 In other news, we got a picture from my kitty cat friend, Pixie. 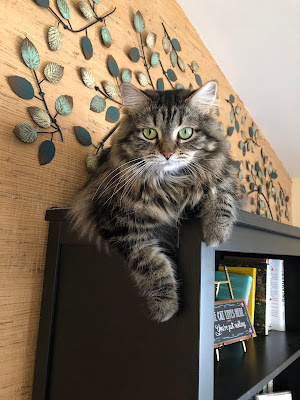 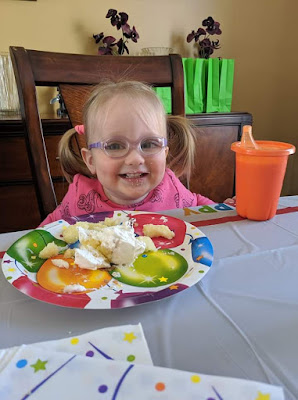 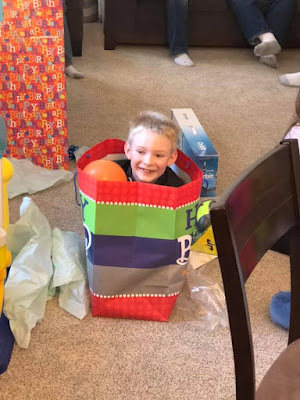 He and his friend were featured on the cover of a local Recreation and Parks bulletin! 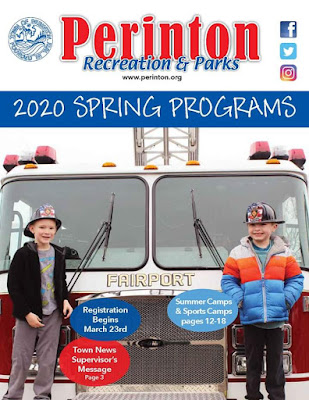 Hey, I thought I was in that picture too! 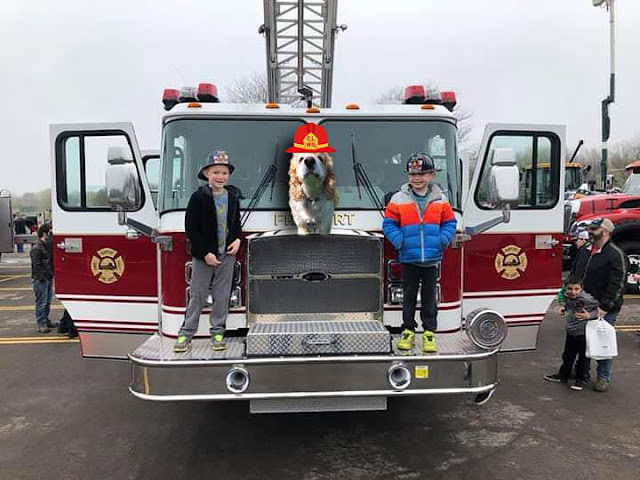 And finally, my Florida associate Miss Charlee has some sad news to report. 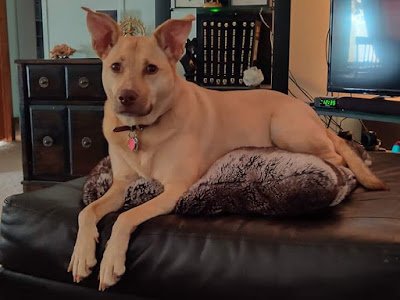 Her birdie sister Grover passed away. 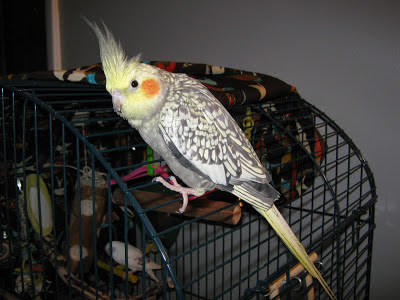 I remember Grover. She and Frankie the Indian ringneck parrot and the parakeets stayed at my house for a little while before they moved to Florida. 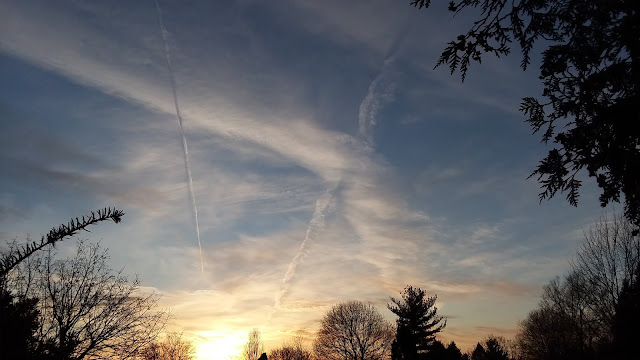 Wow! That was a lot to report! 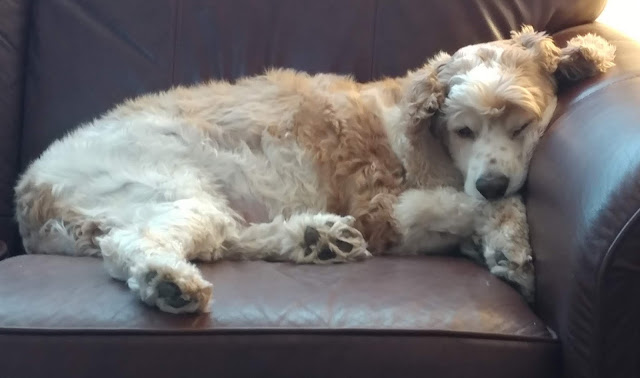 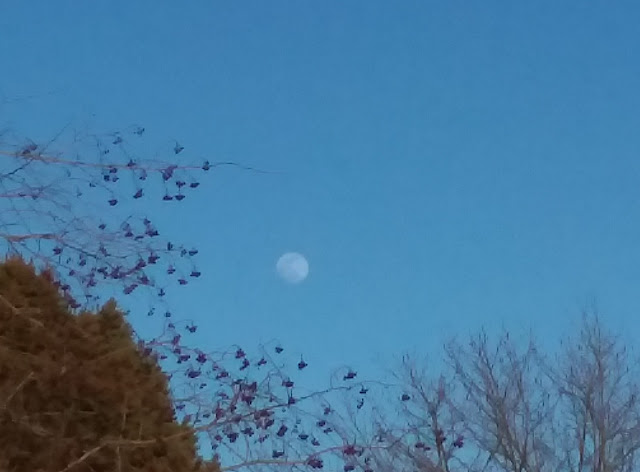