Hello everybody. This is the Daily Bone and I'm your humble doggie reporter Chester L. W. Spaniel. 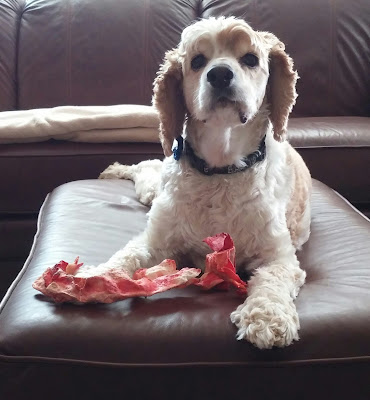 In case you're wondering what this big red thing is, it's a stretched out rawhide chewy bone. You know, the kind with the red meat jerky in it? It was a lot of work to get it all unrolled like that. And yes, it's very yummy indeed! 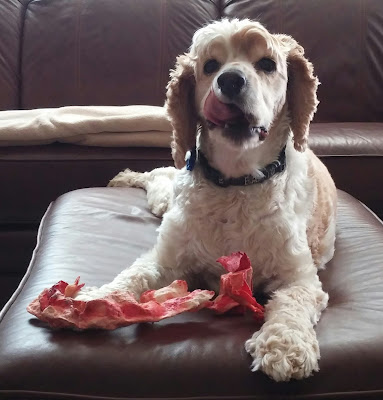 But that's not the subject of The Daily Bone today. As loyal readers know, my family of humans are all science geeks. They'd rather watch documentaries about space exploration than the number one sit-com. They'd rather go fossil hunting than to a movie. They have no idea who the most popular celebrities are, and couldn't care less either! Having said that, here's our main subject:

It's cicada time! Every summer cicadas that have spent most of their lives underground sucking sap out of tree roots, emerge from the dirt, climb up the nearest tree, and shed their skin. Now they have wings! Their favorite thing to do is sit on a branch way up high and make a loud buzzing noise in order to attract a mate. They keep this up until the weather gets cool and they fall off the tree and die. If you look under the trees early on a cool morning at the end of August, you might be lucky to find one before the birdies do.

In summer sometimes bugs come into our house too. Ghostwriter likes to take pictures of them.


In my house, everybody loves spiders. (I think they're yummy, but we won't get into that … ) We usually leave them alone or else put them outside.

I found a stinkbug bumbling around the dining room the other night. I did epic battle with it, and was reminded once again that there's a reason they're called stinkbugs.


Here are some of ghostwriter's collection of dead bugs: 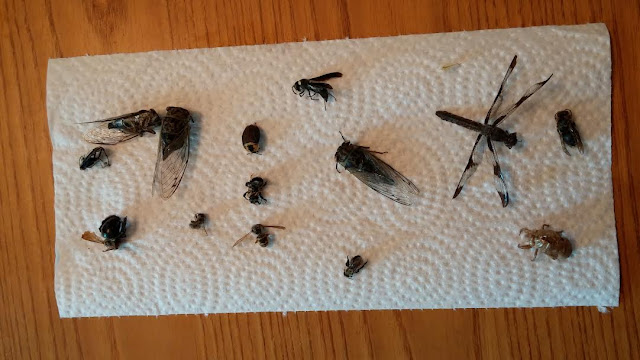 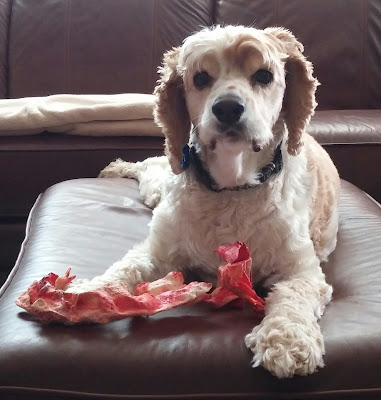 Personally, I would have eaten all those bugs if I had caught them first!

Maybe ghostwriter should give those bugs to my favorite miniature human, Ryan, so he can take them to school! 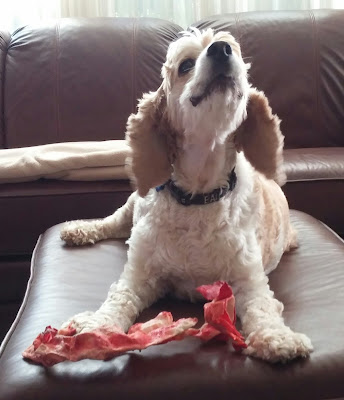 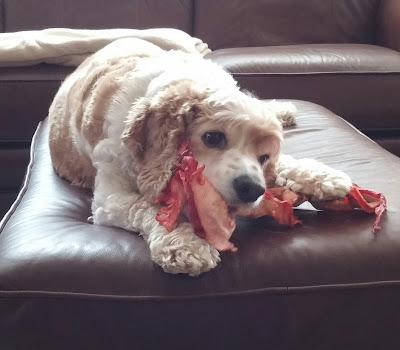