Hello everyone. This is The Daily Bone and I'm your trusty doggie host Chester L. W. Spaniel. 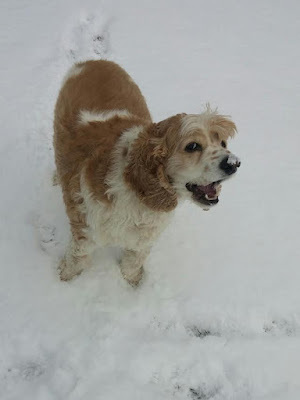 I was going to post this Ground Hog Day treatise yesterday, but our internet went out. Then ghostwriter had to go to work. Please note, my blogging friends, that I'm a bit behind on reading and commenting on your posts. Hopefully I'll catch up on the weekend which ghostwriter has off, and hopefully the internet stays ON.

Yesterday marked the annual tradition of waking up an innocent ground hog from his winter hibernation so that he can decide if he sees his shadow or not. 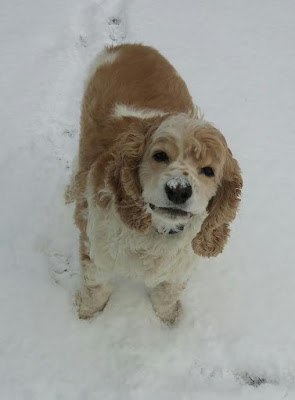 We don't put much faith in this as a kind of weather prediction around here, because it can be sunny one minute, and cloudy then next. We don't even trust ghostwriter's weather app on her cell phone! According to that, we should be buried in snow by now!

I have only met a ground hog (also called a woodchuck) once in my life. Several years ago, one decided to venture into our yard. I have yet to figure out why critters like bunnies, or woodchucks would want to come into my yard. It has a fence all around it, and is well marked with over twenty years of doggie pee! Well, Joey dog and I found that old woodchuck right away and chased him into a bush next to the back door of the garage. He was not a very nice character! He turned around and started hissing at us. But then he bolted into the back door of the garage. Ghostwriter didn't want us doggies getting hurt, so she shut us out of there, and then called Dad to tell him we had a woodchuck in the garage. Now Dad has a big crate full of old lumber, that's got wheels on it. The woodchuck ducked underneath that. Where ever they moved that crate, the woodchuck followed, even when they opened the front garage door. Sibling number four (Jason) decided to come out and see what all the excitement was about. The woodchuck ran right between his legs and out the front door! We have not seen a woodchuck in our yard since then!

In other news, as you can see, we do have a bit of snow.


February is a busy month for this family. Yesterday was Dad's birthday, and day before was oldest of the four sibling (John's) birthday. Later this month will be Ryan's birthday (when he makes that trip into outer space) and sibling number two (Joanna's) birthday as well. Oh, and don't forget angel Joey dog's birthday on the 15th! Since Dad and ghostwriter are in medical professions, they often had to work on birthdays and holidays, so we're quite used to postponing celebrations until everybody has a day off. We'll probably have cake this Sunday.

And now,  I'll post a couple pictures of me doing zoomies in the snow: 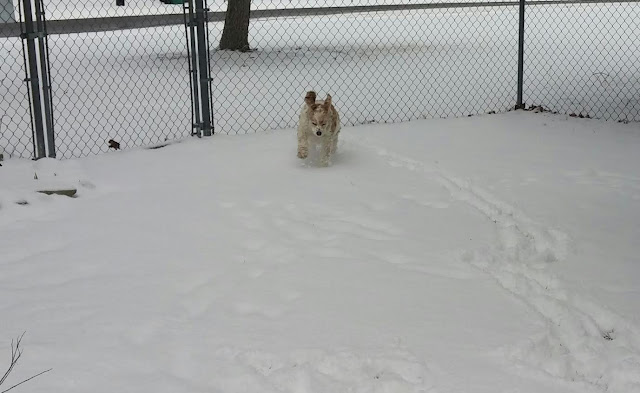 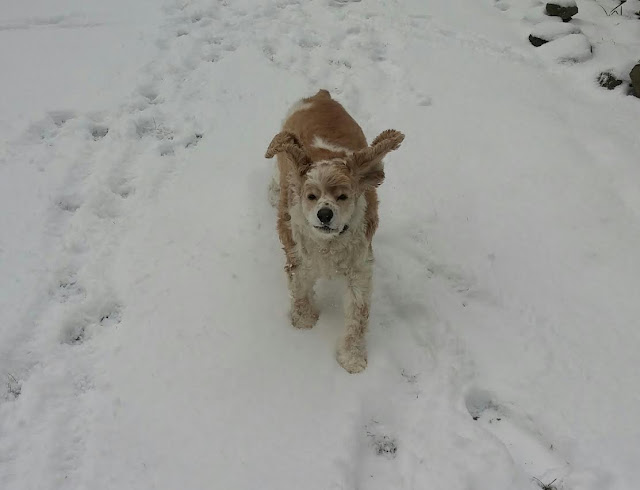