Hello everyone! This is The Daily Bone and I'm your diligent doggie reporter Chester L. W. Spaniel. 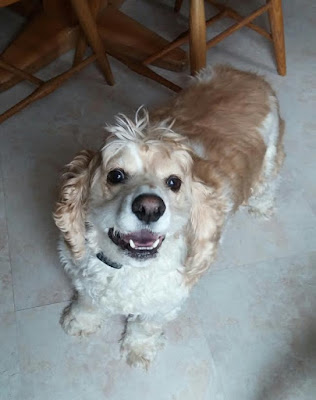 Today my ghostwriter has been trying to look at all her email after being away for five days. As I mentioned in my previous post, I was at a doggie hotel during that time where there was no
wi-fi access. (It really wasn't that bad. I had lots of doggie friends to bark with, and a warm place to sleep, and plenty of food.) 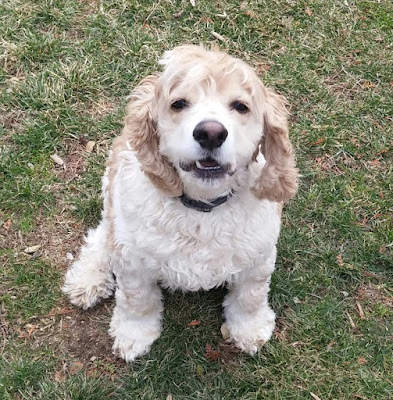 Ghostwriter would have brought me along, except she said I would have been terrified on the jets she and Dad flew on to get to Florida and back. The first one from Rochester to Philadelphia was a puddle jumper where everyone was smushed into tight little seats. There was so much turbulence, the little plane bounced and shuddered almost the whole way. The plane from Philly to Miami was bigger, and she got a window seat!

Coming home, the flight from Miami to Charlotte was delayed by an hour! But the pilot flew as fast as she could, and dropped the jet down with a big KA-BLAM on the Charlotte runway! They arrived just in the nick of time to board the next jet.

Well, I'm quite tired today, and need to catch up on my sleep. 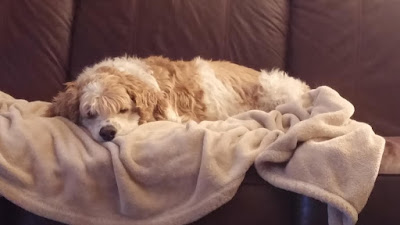 So I'll let ghostwriter post a few more pictures from the wedding now. 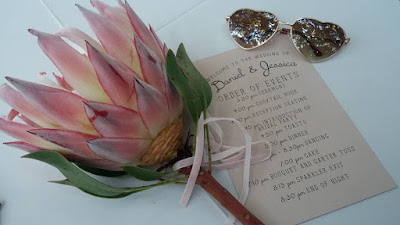 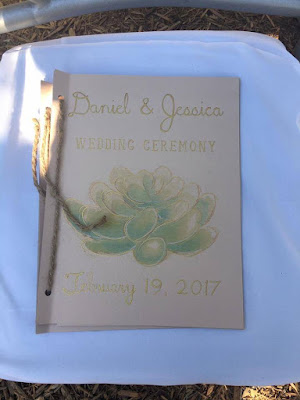 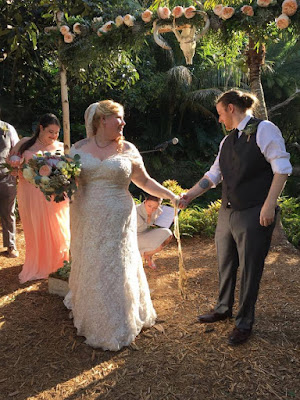