This is a TDB fast breaking news bulletin! I'm Special Agent Emeritus of the Double Doggie Homeland Security System Joseph (Joey dog) Spaniel reporting live from the back yard where I have found a pear that has been cut from my pear tree. It looks like the work of the Evil Squirrel Cartel! 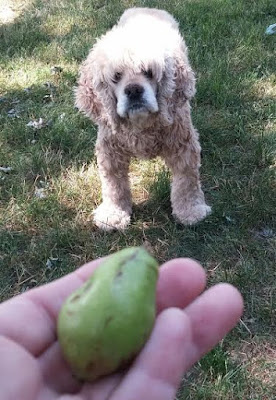 After being joined by my assiduous assistant Special Agent Chester L. W. Spaniel,
we are on the case! 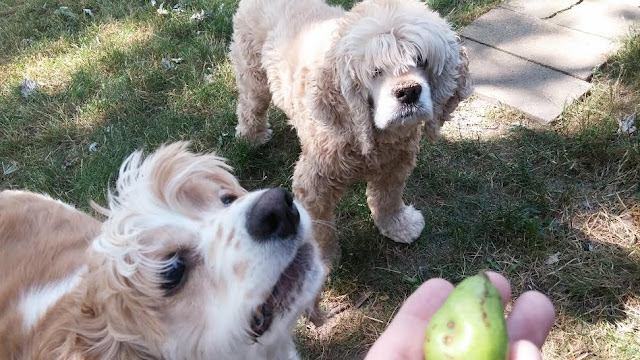 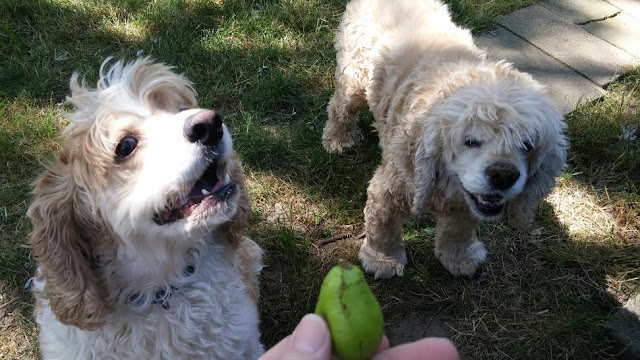 We've already determined an operative has been trying to build another command center in the silver maple tree. They try this every year, in the same spot. See that overgrown area up there? Ghostwriter zapped it with the hose and knocked most of the leaves and sticks out. She reported seeing a rather small and scrawny squirrel come creeping out. 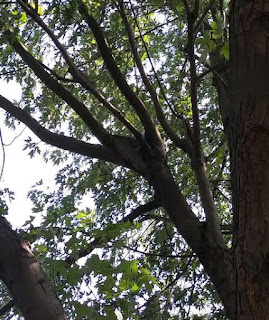 We believe this operative must be one of this year's youngsters because of the shoddy construction that was so easily dislodged. 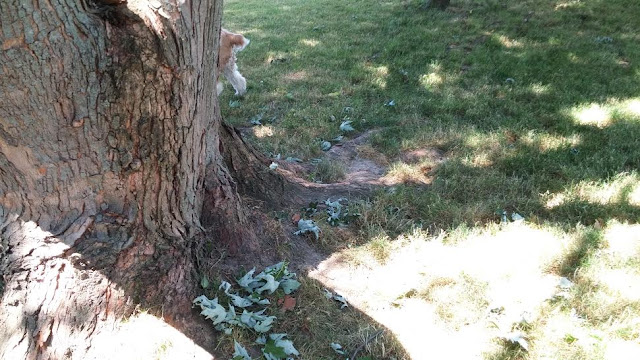 The pear tree doesn't have many pears growing this year, so it's especially important to keep a close watch on it. We'll update you as our investigation continues. 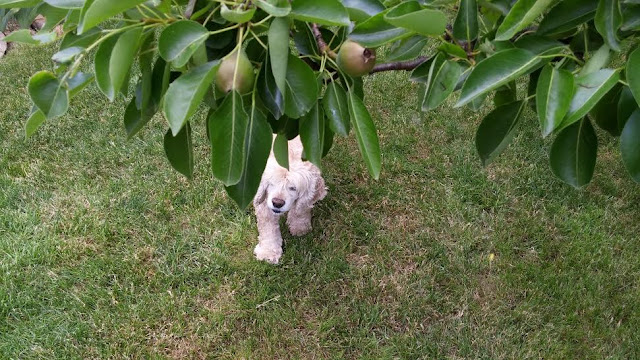 Don't forget to submit your entries to our Blogville Pawlympics Ear Flap Challenge which will take place on August 10, 2016! 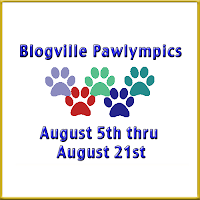 Send a picture of your doggie with his or her ears flapping as he or she runs, jumps, hangs his or her head out the car window, or sits in the wind. Anything that makes those ears flap! It doesn't have to be a recent photo. In fact we've found our best ear flappage photos were from snowy winter days, like this one below. 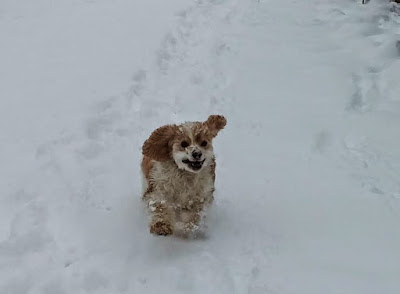 Send one photo per doggie to: Christinersrn at gmail dot com as soon as possible!

Your doggie doesn't have long ears? Don't worry. There are lots of other events and challenges. Surely you'll find one that your doggie (or kitty cat, or other pet) is good at!
For more information and a schedule of events go to: