Hello everybody! This is The Daily Bone and I'm your assiduous doggie reporter
Joseph (Joey dog) Spaniel. 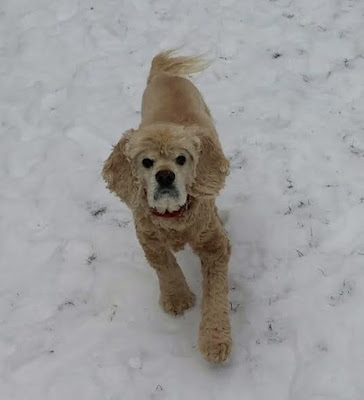 I have a lot to report today, so let's begin right away with my food review. As you know I'm Doggie Chief Inspector, comestibles department, and founder of the Yum Yum Coalition. I always get a little sample of whatever my humans cook. Sometimes I score a whole bowl of rice or a baked potato or a big piece of chicken. Yum. Oh, and I always get to lick the ice cream bowl!


Yup! There were lots of good eats in our house this week!

Now I'd like to show you what we saw this afternoon. A flock of robins came and perched in our silver maple tree. Yes, that's right! Sometimes robins don't fly south for the winter. Some of them stick around and live on berries and wild grapes of which we have plenty in this region. 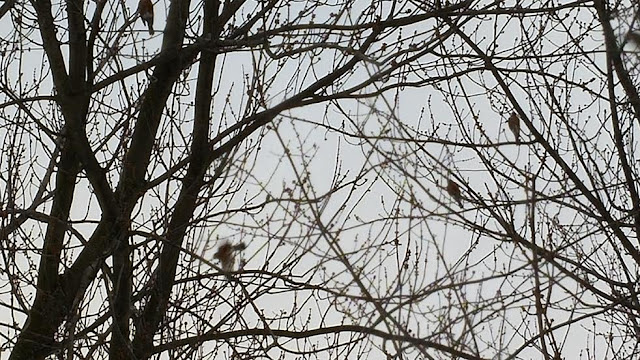 They hopped over to the hawthorn tree to eat some berries. But just as they landed there, a big flock of starlings arrived to join in the feast. 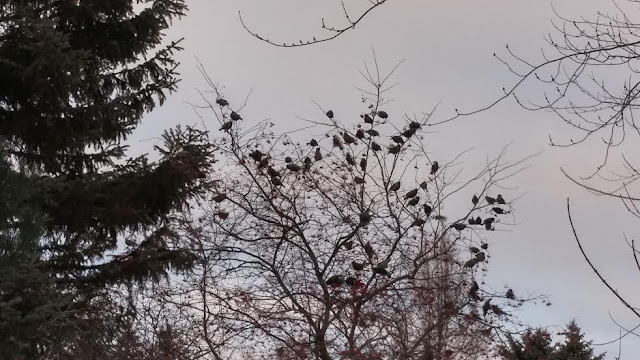 They were having a good time until something spooked them and they all took off! 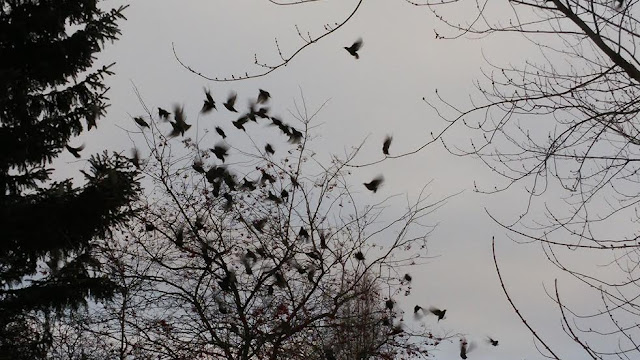 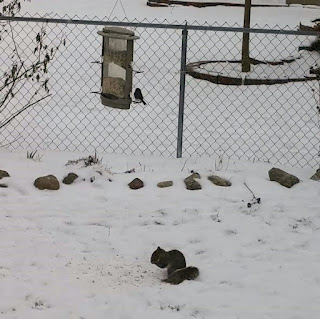 As you can see, we have a modest amount of snow. I joined my excitable colleague Chester L. W. Spaniel in a bit of squirrel chasing. 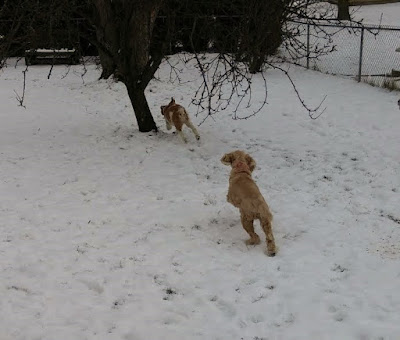 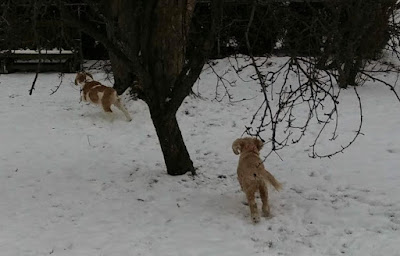 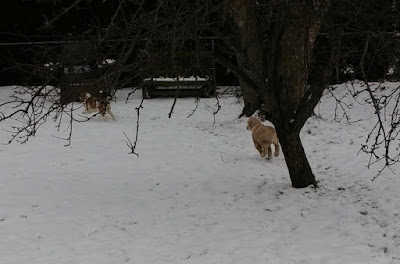 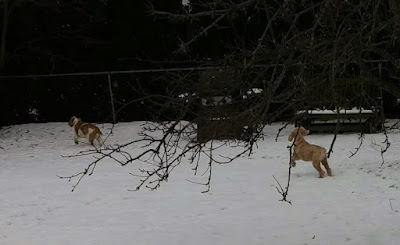 We seem to have been spared that big snowstorm that's hitting the East coast right now and causing all kinds of panic and mayhem. 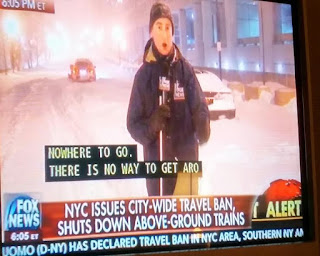 In fact, we're expecting a warm front to move through by Tuesday! 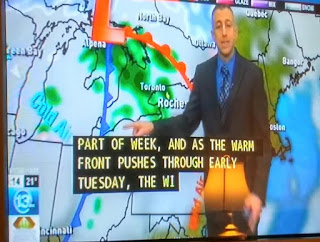 I guess we should enjoy the snow while we still have it! 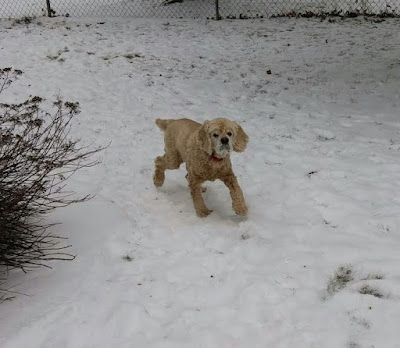 In other news, yesterday Chester had an epic battle with a stink bug that was buzzing around ghostwriter's office. 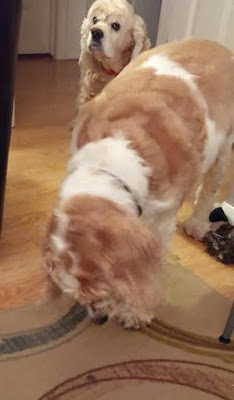 I don't know how many times I've told him to leave those things alone.
They're called stinkbugs for a reason!

Finally, the moon has been putting on quite a show the last three days. Here it is rising in the north-east this evening. 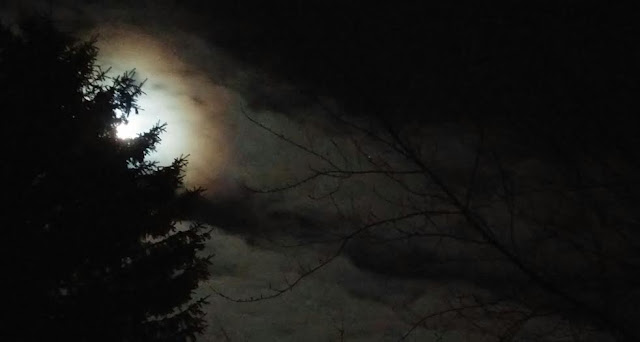 Here's a shot from last night with icicles hanging from the roof: 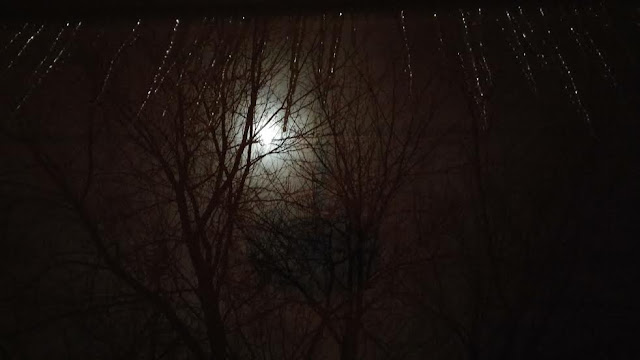 Setting at 5AM Friday: 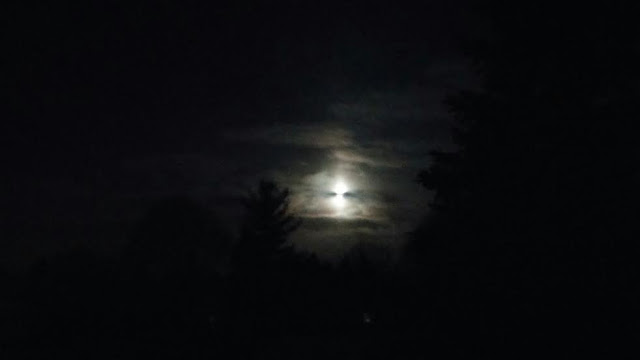 Well that's my report for today. Have a good evening and stay warm! 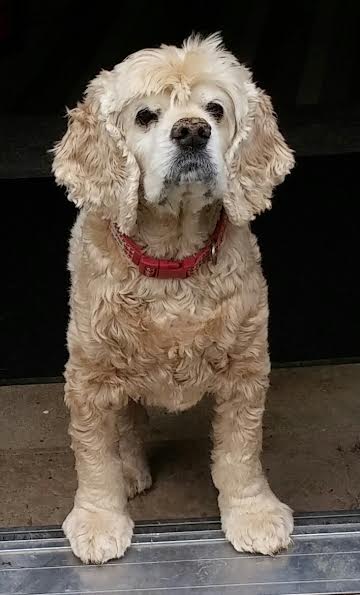