Greetings everyone. This is The Daily Bone and I'm your energetic doggie commentator Chester L. W. Spaniel along with my esteemed colleague Joseph (Joey dog) Spaniel. 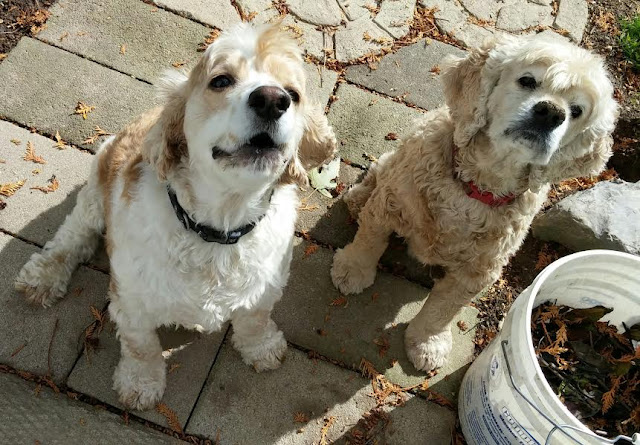 It's been a busy week, so there's a lot to report. First up, ghostwriter wanted to share some pictures for our favorite miniature human, Ryan, who, as you know, loves trucks. 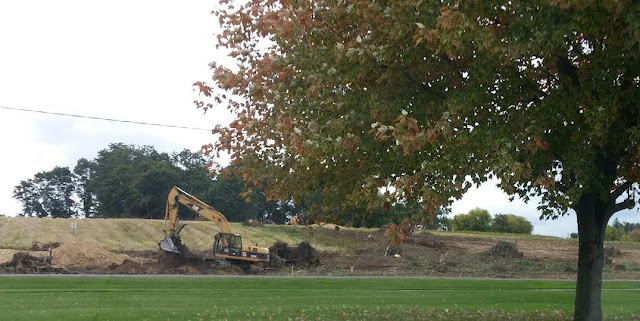 This is a picture of the area across the street from the nursing home where ghostwriter works. Some big diggers came along and removed all the trees and bushes. This was the little woods where the local deer lived. She hears that there are plans to put a solar farm in that area. The poor deer arrived later that day and were quite confused standing and looking at the spot where their woods used to be. Ghostwriter and her little old people are wondering where they'll go now. TDB will be sure to follow this project with up-to-the-minute reporting on the progress.

Below are two digger machines that came and redid the drainage pipes around the nursing home. The guys driving them were nice enough to let ghostwriter take pictures because she told them her grandson Ryan would enjoy seeing them.


Ghostwriter went to the farm store this morning, and discovered all the corn on the cob was gone! No more of her favorite summer time treat till next year! There were lots of pumpkins, though, plus some farm animals for the little kiddies to see. 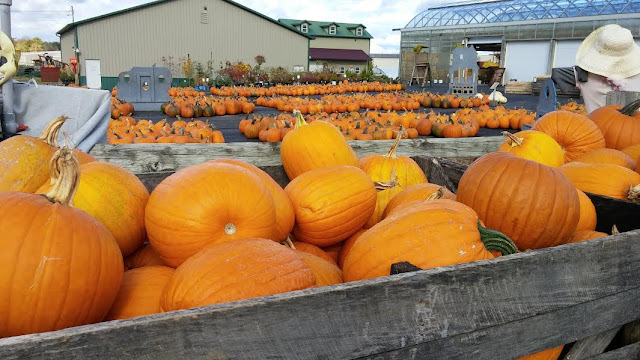 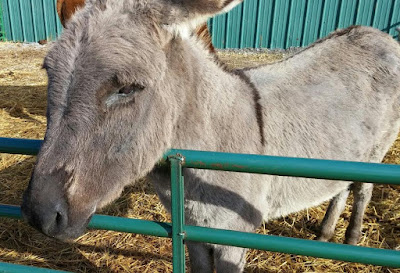 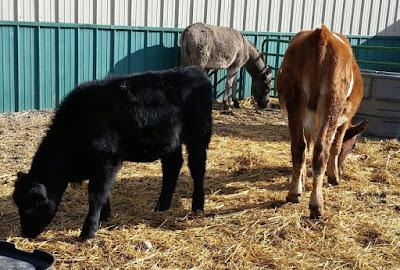 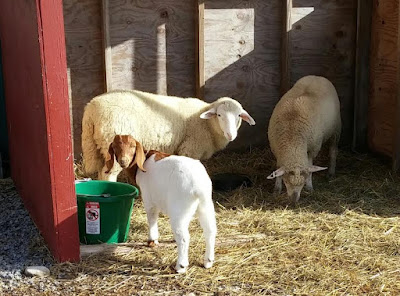 This doggie is named Cope. He spends the day at the farm market and never barks at anyone. 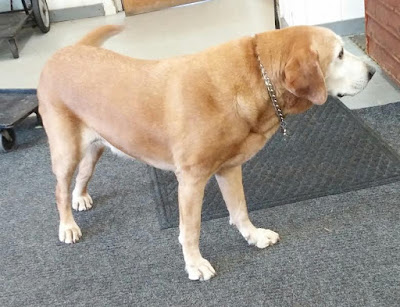 On another note, the company where Ryan's Dad works just moved into a brand new building. Learn more about this company on this link: www.eagleview.com  It's really quite interesting! 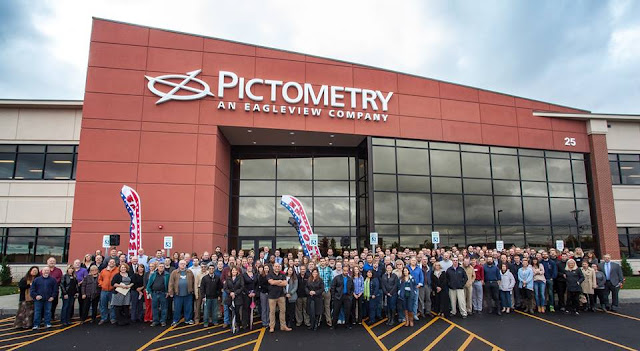 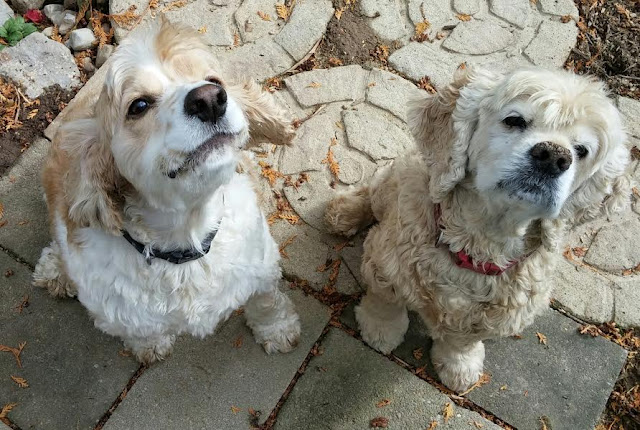 And finally, the weather … It keeps changing every ten minutes! Here's a big storm front that moved in before sunset. 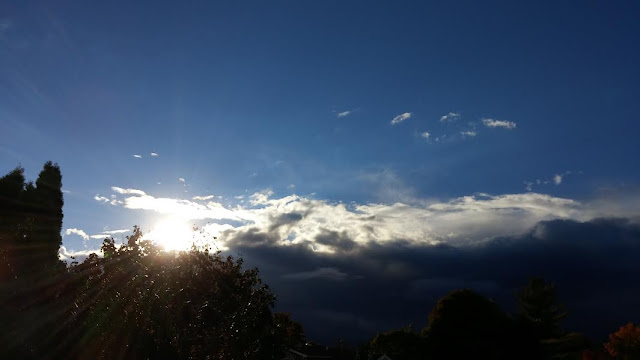 The local TV weatherman says it's going to get a lot colder this weekend, and we might even get some snow! (Oh, don't say that too loudly! Ghostwriter still thinks it will be 80 out tomorrow!) 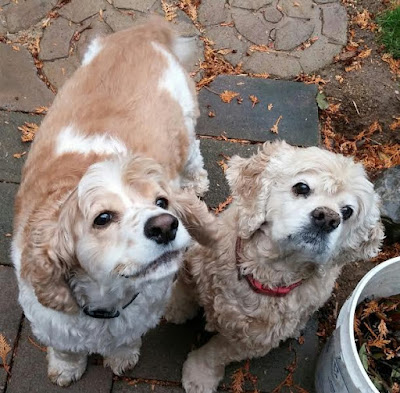 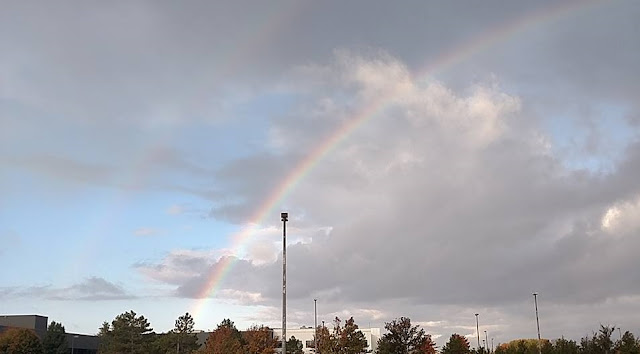 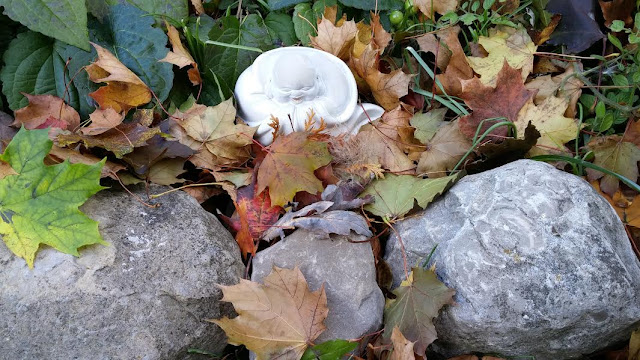 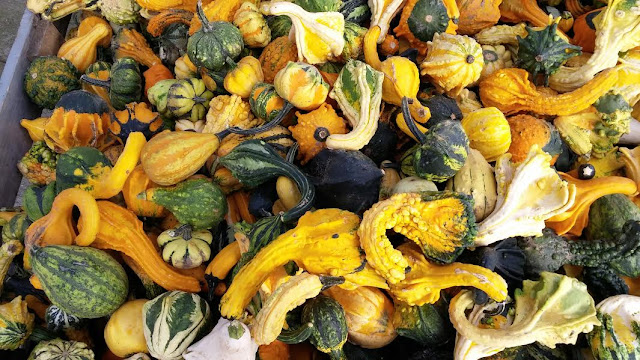 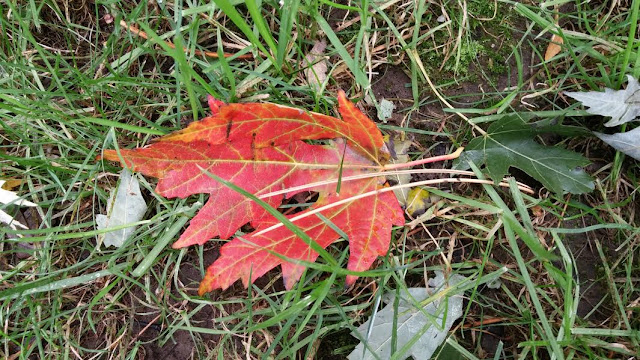 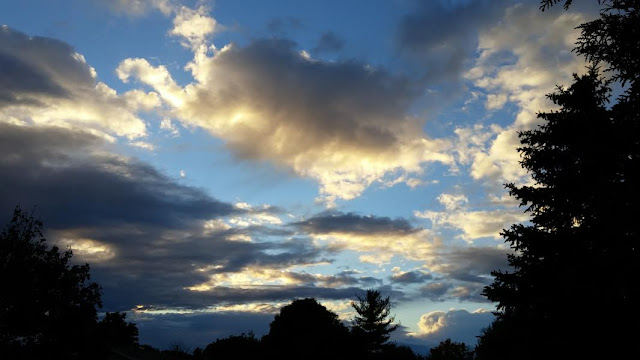