Salutations steadfast readers. This is The Daily Bone (aka The Quotidian Skeletal Unit) and I am your verbose canine commentator Chester L. W. Spaniel. 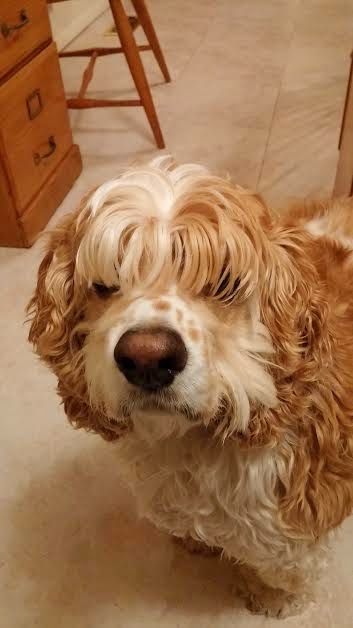 I realized that there has not been much going on here at home lately. We have entered the typical January doldrums in which the temperature hovers in the 20s and we have alternating clouds and sun, and maybe a sprinkling of snow. We spend our doggie time sleeping, chasing squirrels, and hanging around with Dad. So I decided that if I don’t have a scintillating new story to relate to my readers, then I’ll fancy up a treatise about our daily routine with some amazing vocabulary words. As you know, I love learning new words, especially if they are obscure or arcane. 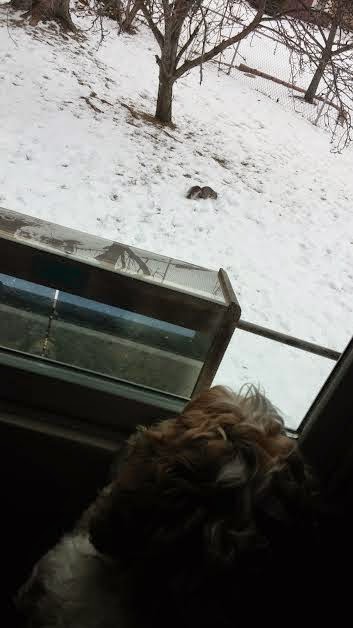 Here’s a pusillanimous sneak thief. Note the bushy empennage and well rounded hind end of this voracious seed scavenger. He obviously has not been starving this winter! He’s probably amassed his poundage by feasting on pilfered bird seeds! 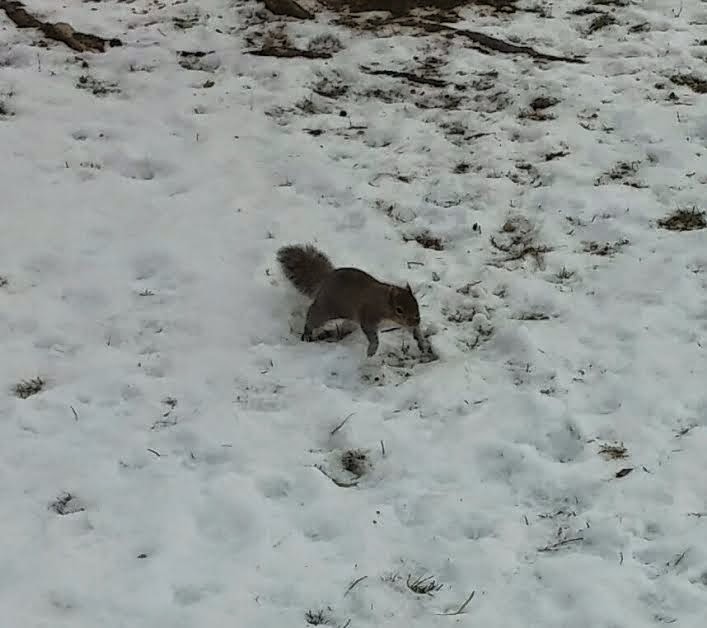 Of course, my erudite colleague Joseph (Joey dog) Spaniel and I responded with a barrage of stentorian barking, and gave chase to the gluttonous scoundrel!

Bark bark bark bark! Be gone from our domain immediately you scurrilous rapscallion! If we catch you we shall shred your ratty fur, remove your squeaker, and then spend a leisurely afternoon masticating your vacuous noggin! In addition, our humans will concoct a toothsome stew with your meaty parts! Woof woof woof bark bark bark woof woof! 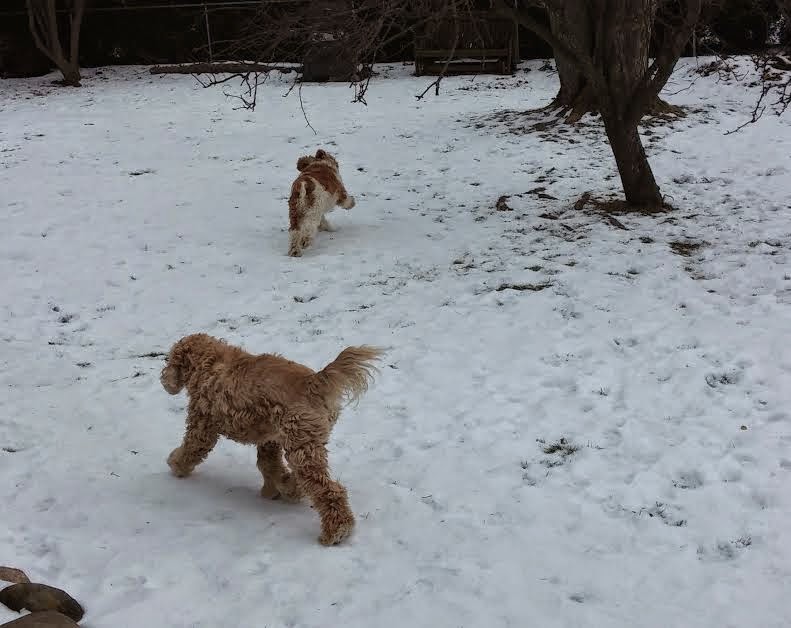 Upon vanquishing that imbecilic nut wrangler, we noticed the mail truck had parked across the street. To our amazement, the mail man was attired in short pants! It is 25° out here! Oh dear! We offered him a lively admonishment: 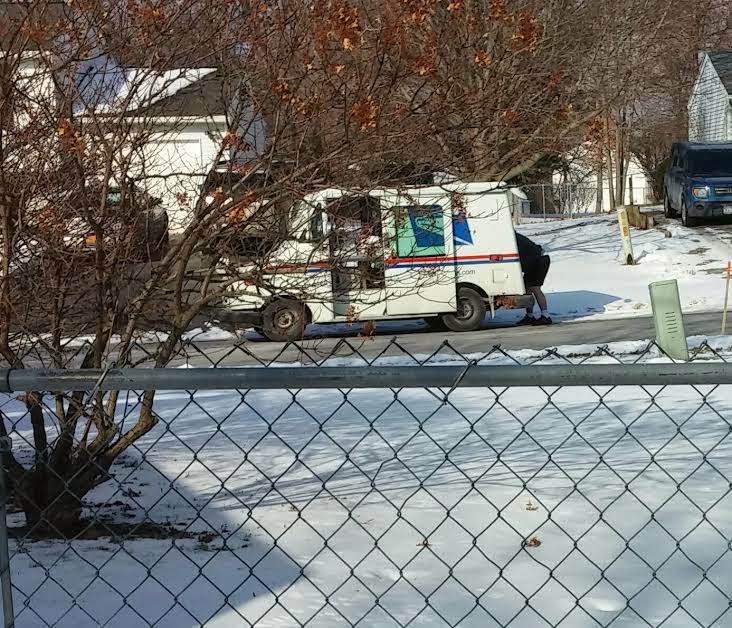 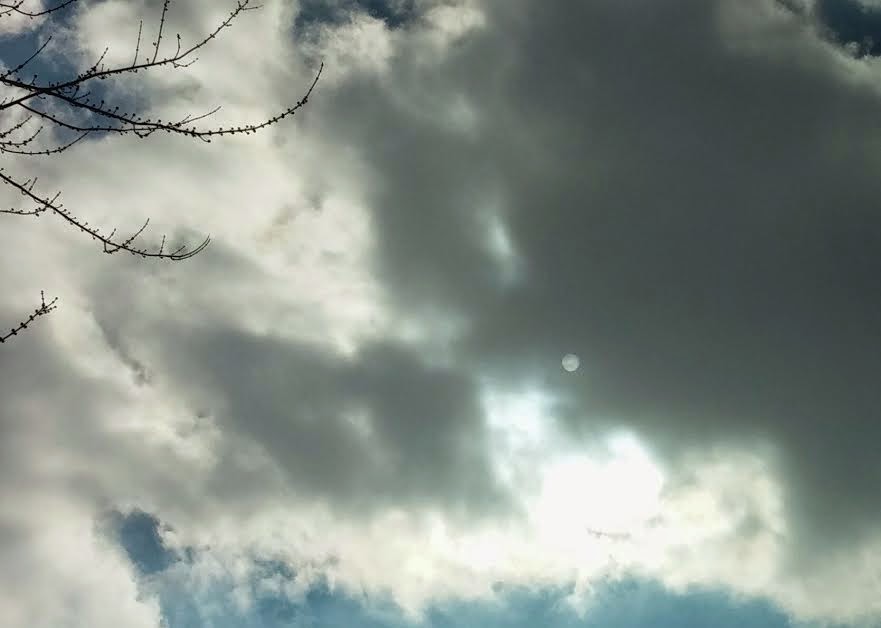 With the squirrels in retreat, and the mailman hurrying home in search of more elongated pantaloons, we took some time to ponder the firmament. Here the pearlescent disc of the sun shines through the pellucid clouds.

We then returned to the warmth and comfort of our abode only to discover Dad had awakened the screaming dragon scary shop vac scary noisy machine thing! We doggies retreated to the unassailable fastness that is our stenographer’s office. Goodness knows why Dad insists on using this obstreperous hellion to suck up dog hair and dirt from every niche and crevice. The dust bunnies must be mighty indeed, as well as tenacious, well-armed, and belligerent, if such a beast must be employed to elicit their removal. 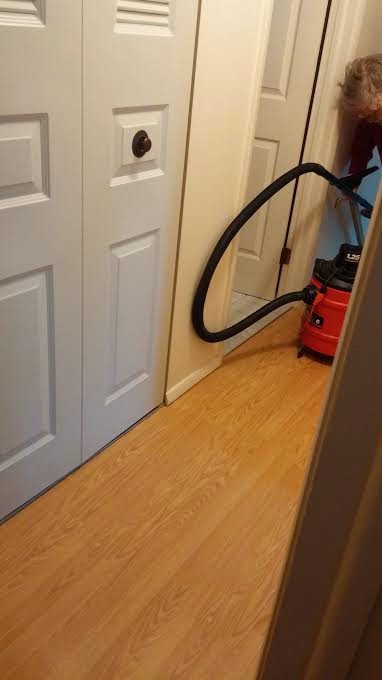 After a herculean struggle, the screeching mechanical dust sucker finally finished its deafening din and fell into silence. You see? It’s not so horrendous now! I can stand right next to it! I’m a brave, indomitable doggie! 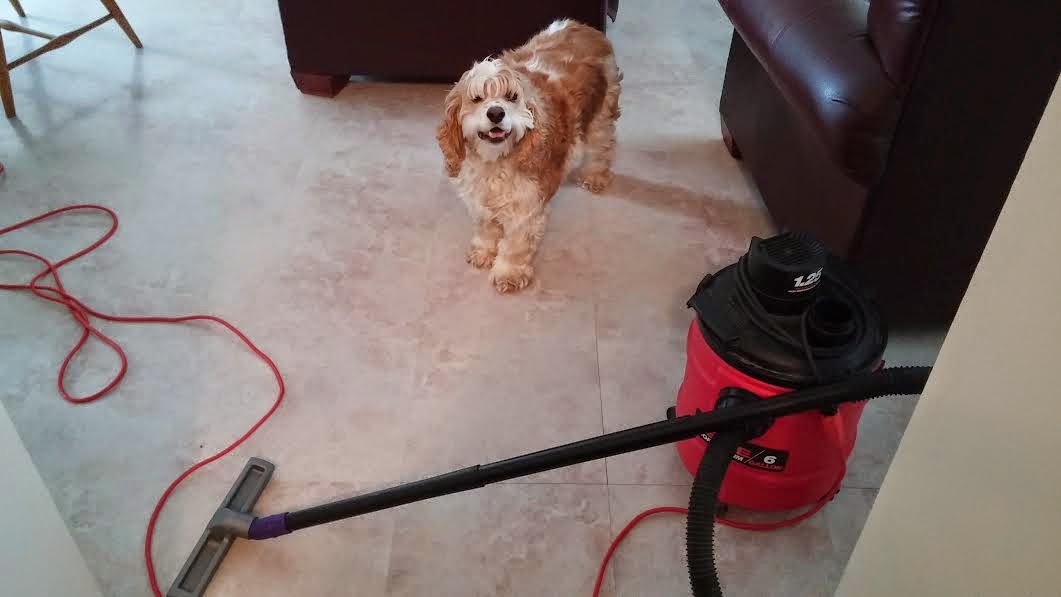 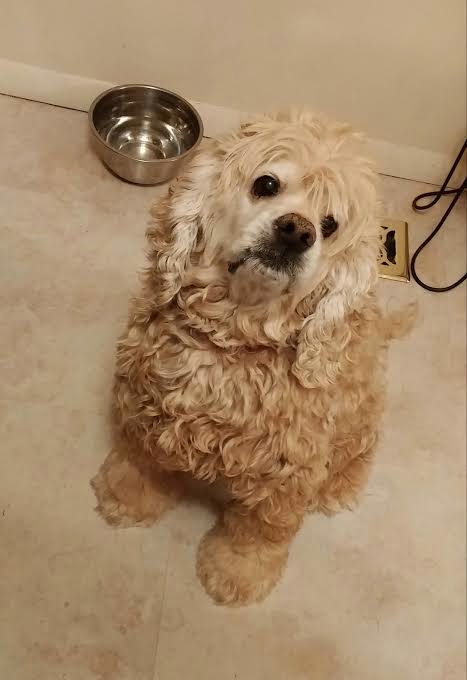 Indeed, Chester, you are the most lion-hearted canine and a palaverous pundit as well!