Hello everybody! This is The Daily Bone and I’m your reliable doggie reporter Chester L. W. Stephens along with my esteemed associate Joseph (Joey dog) Stephens. 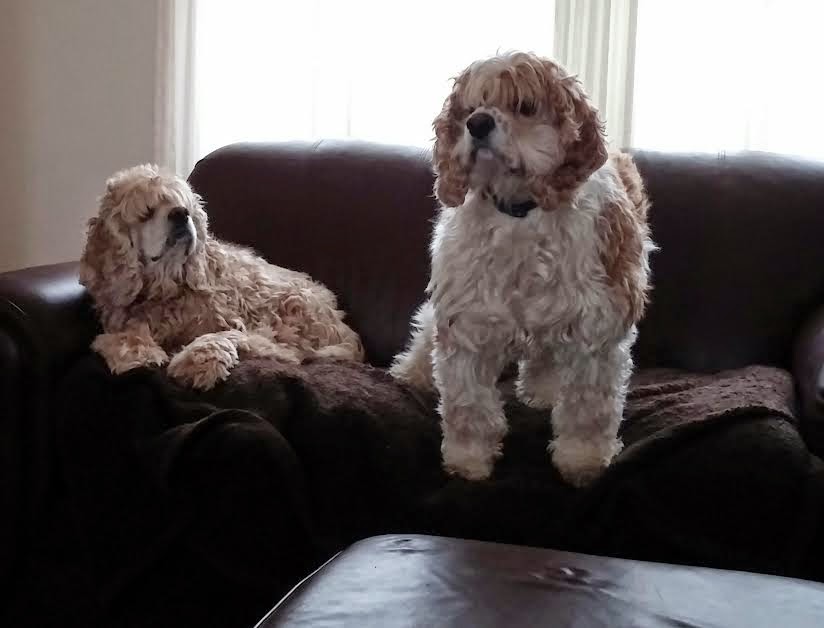 Our ghostwriter has been working a lot of hours, so didn't have much time for TDB this weekend. We have several topics to cover before she goes to work again this afternoon, so we will begin without delay!

She made an appointment for Joey dog and me to see Miss Jacquie for a session of doggie maintenance work. It’s this Wednesday. She says to think of it as a spa day. She’ll drop us off there in the morning, and pick us up in the afternoon. We’ll get to spend the good part of a day having our nails done, and our fur brushed, shampooed, and clipped, and our ears cleaned. Oh joy! Joey dog especially hates getting the fur from between his toes trimmed. 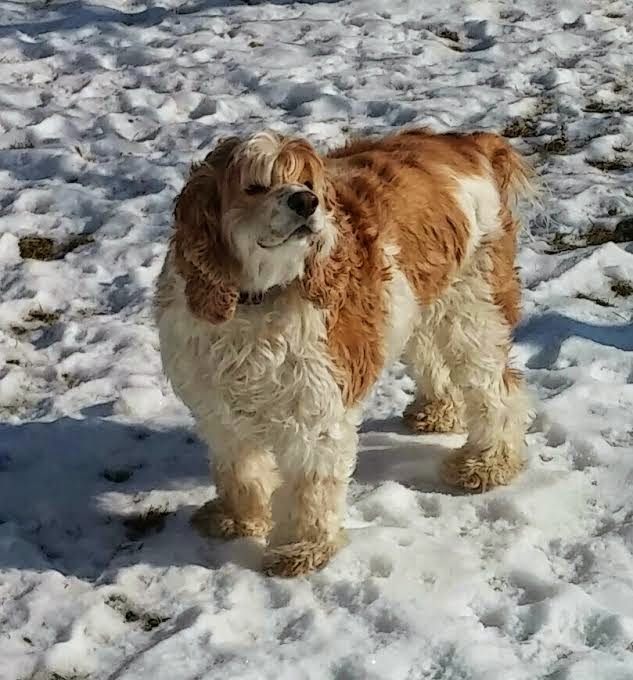 I was going to wait until I got all gussied up before asking Princess Leah if she would do me the honor of accompanying me to the Valentine’s party, but it looks like many doggies have already begun asking for dates. So I’d better ask now and hope she doesn’t mind if I look like Chewbacca the Wookie!  Don’t worry. I’ll be all “spit-and-polished” by Valentine’s Day!

There are a lot of special days in the month of February that we’re counting down to. Four of our humans have birthdays that month, as well as Joey dog who will turn 13 on February 15th! Wow! What an old doggie! 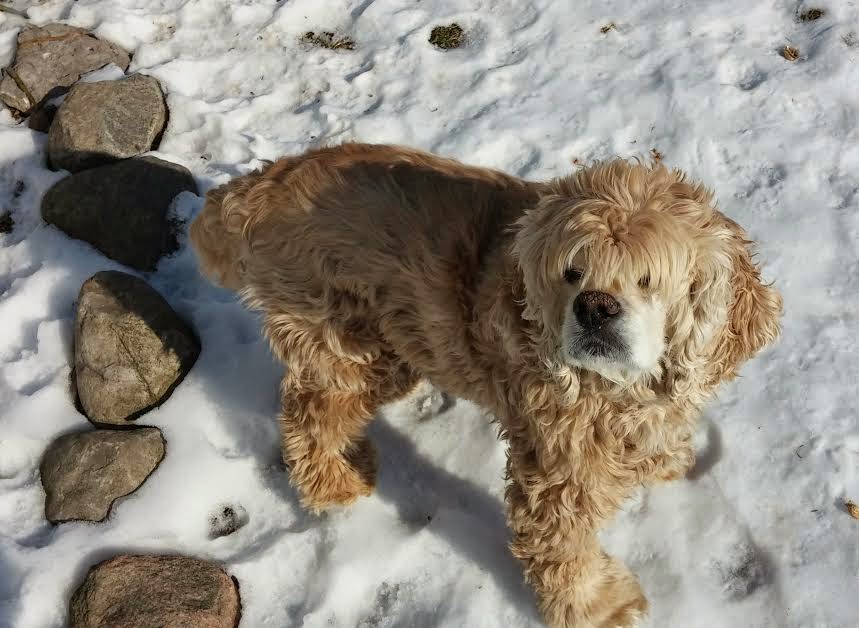 Fortunately Joey dog is in very good shape for a senior citizen. He still runs and chases squirrels, and barks at intruders. He no longer makes flying leaps up and over the sofa, and is a bit hard of hearing. He is the Doggie Chief Inspector, comestibles division, the founder of the Yum Yum Coalition, and the senior officer of the Double Doggie Homeland Security System. Incidentally, he is looking for a date for the upcoming Valentine’s Day Party too.

In other news, there was an alien invasion at our house this morning. Apparently our humans thought 50°F indoors is a bit too chilly for them. (We doggies though it was just fine.) So they summoned the Empire Heating and Cooling Company to investigate why the furnace was not doing its job. We doggies were confined in my ghostwriter's office for the duration of the invasion, but we did our best barking just to voice our objection.

Yesterday our favorite miniature human, Ryan, came to visit. He's getting bigger all the time, and tough to photograph because he's in constant motion. He enjoyed eating tuna casserole and green beans as well as the baklava for dessert. He knows which toys are his and which ones are mine. He also loves to run around. Wooohooo! 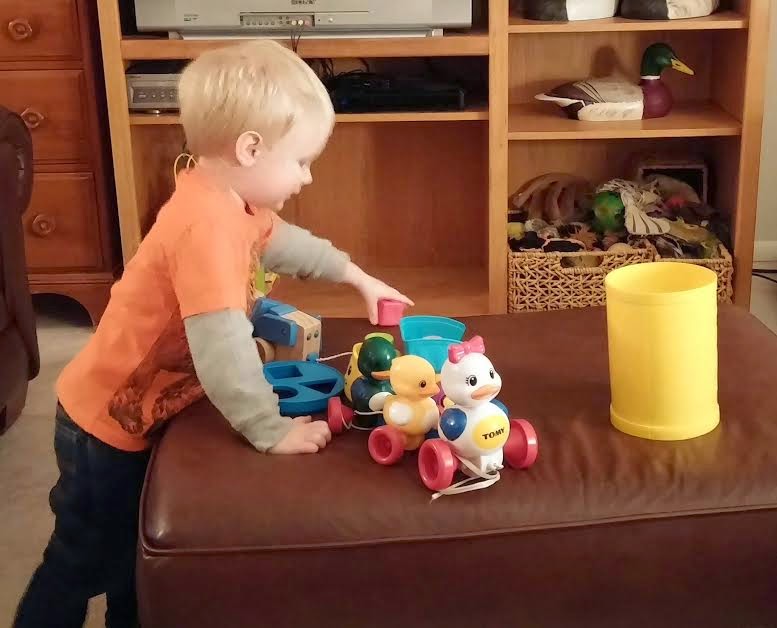 His parents told us they were having problems with their own invasion: the Evil Squirrel Cartel was spotted on the railing of their deck! 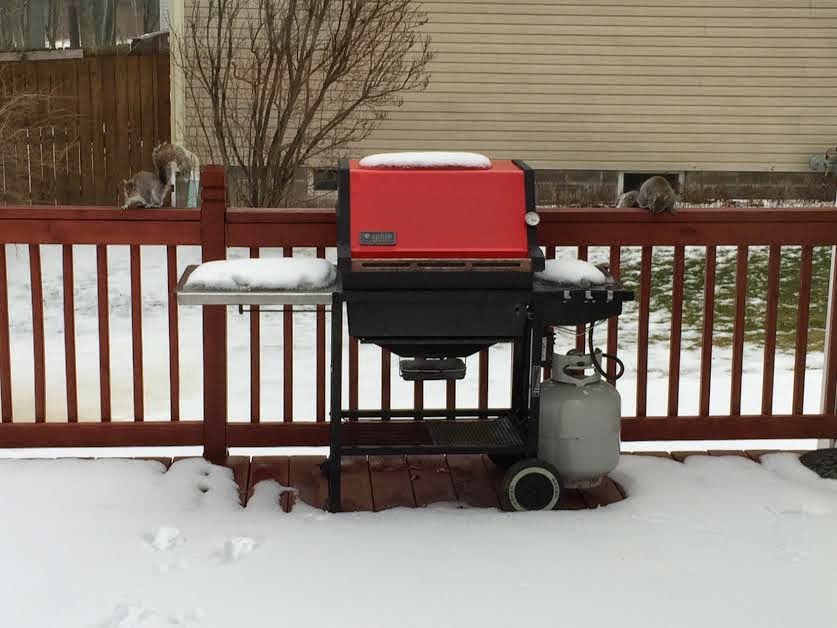 Their planet is a bit too far away for us to patrol on a regular basis, so we suggested some squirrel launching contraptions. We're sure his science geek Dad will think of something to rid their property of these heinous invaders! Here are two of our favorites:

It's starting to snow out now. According to the weather reports, we're only supposed to get less that an inch today. That big storm that's rolling over the East Coast should not make it to Western NY. 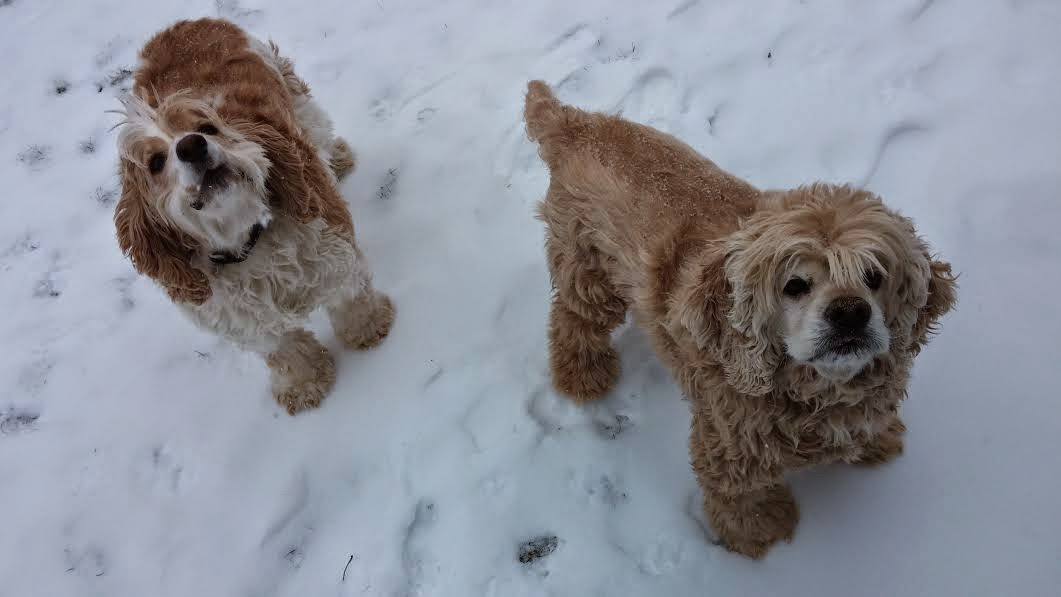 We doggies hope that you and your family stay safe and warm if the blizzard comes your way! 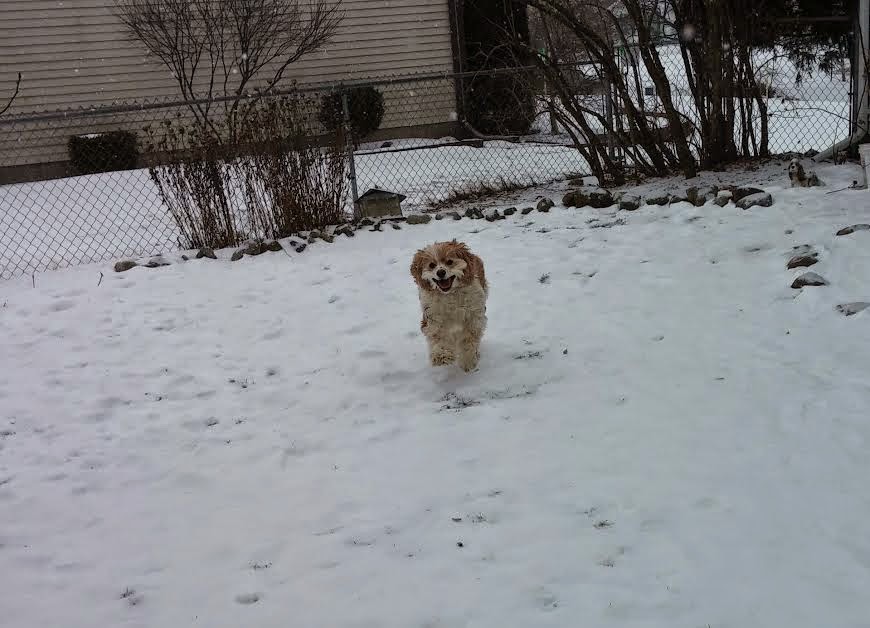 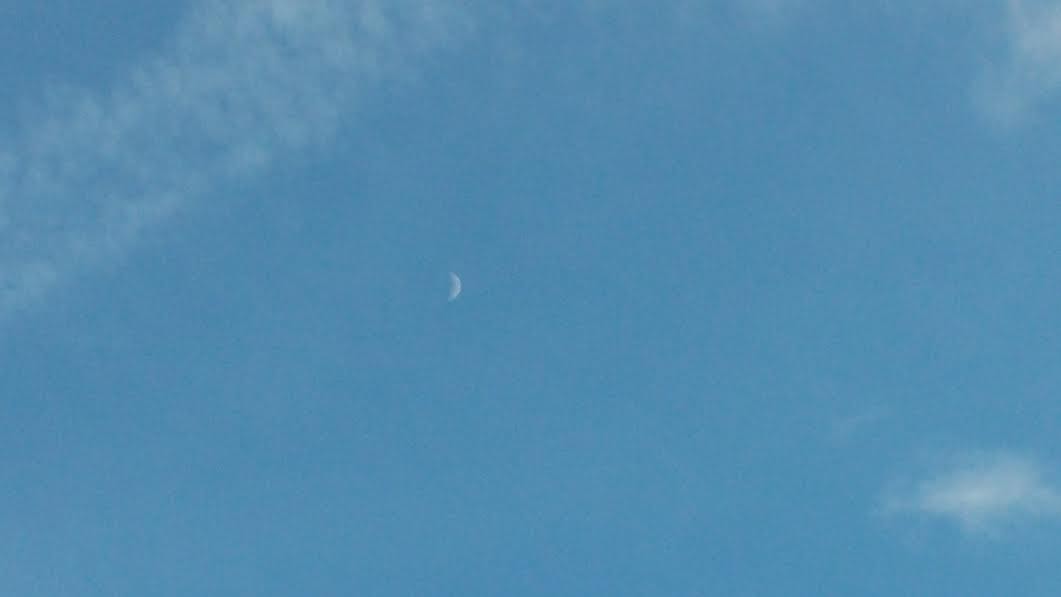 Oh, and here's a picture of the moon from yesterday afternoon when the sky was all clear and blue.