Good evening ladies and gentlemen, doggies and kitties. This is The Daily Bone and I'm your rugged and heavily coated doggie commentator Chester L. W. Stephens. 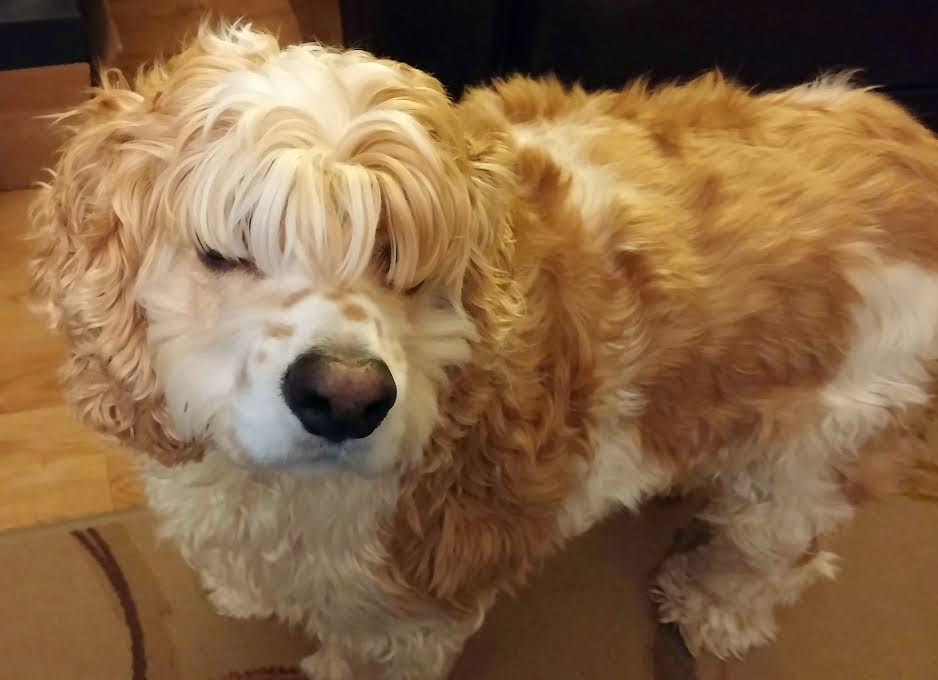 It was a cold, cold day! In fact, you could say it was downright gelid! 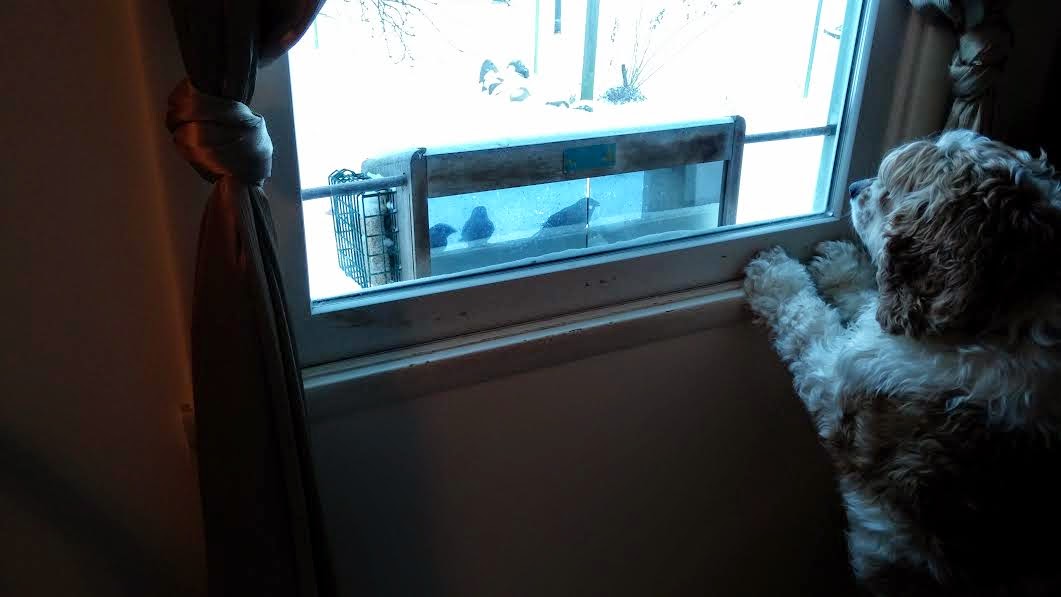 The birdies were very hungry and came to the feeder en mass. I was very polite
and didn't bark at them. 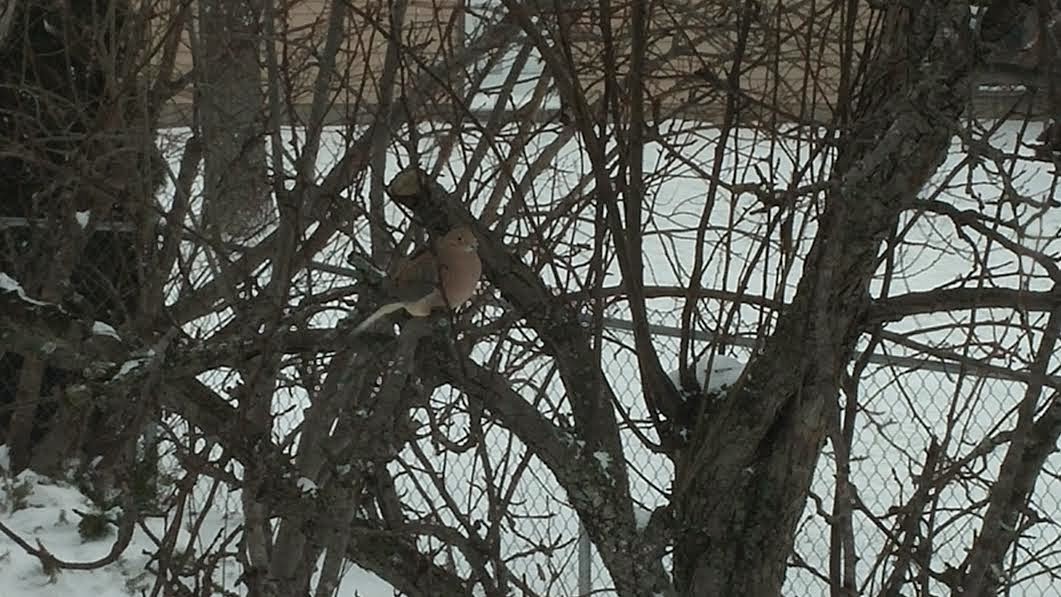 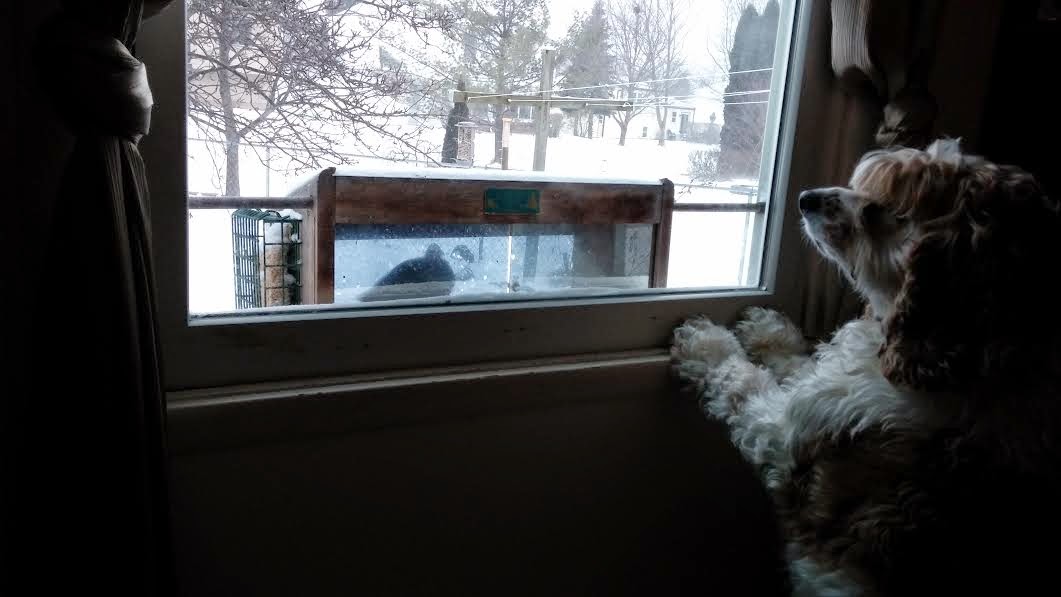 Eat up! It's going to be a long, frigid night! 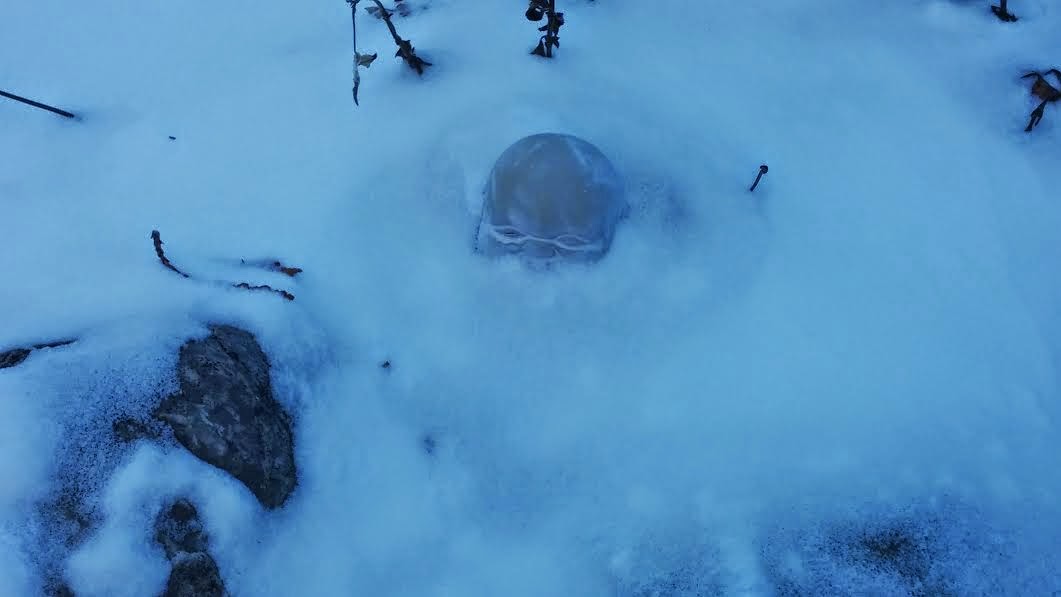 Our garden Buddha was up to his eyeballs in snow! Literally! 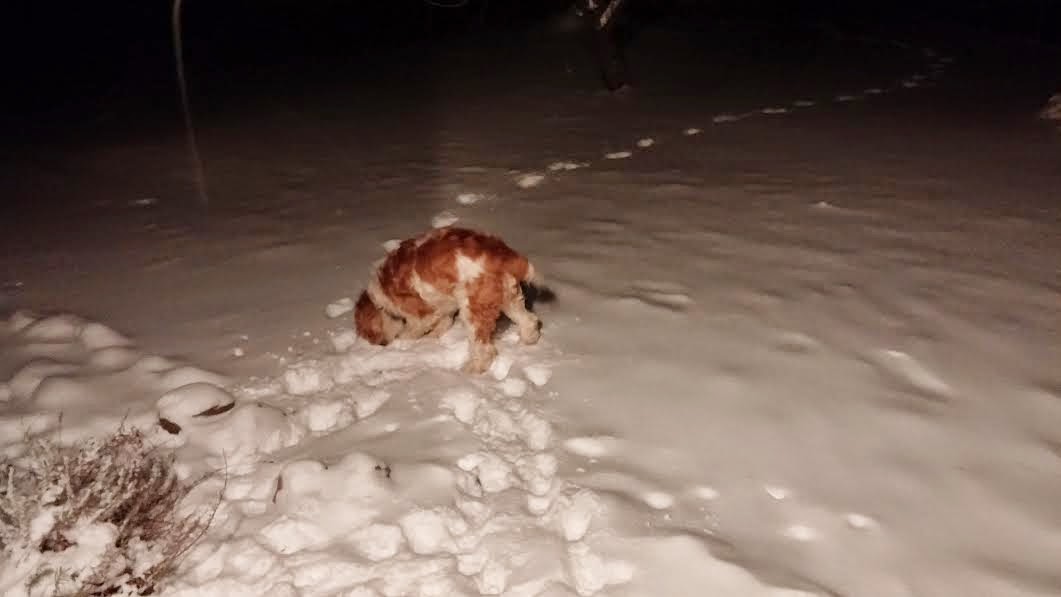 I brought my tennis ball outside only to discover it just disappeared under the fluffy snow,
and I had to root around to find it. 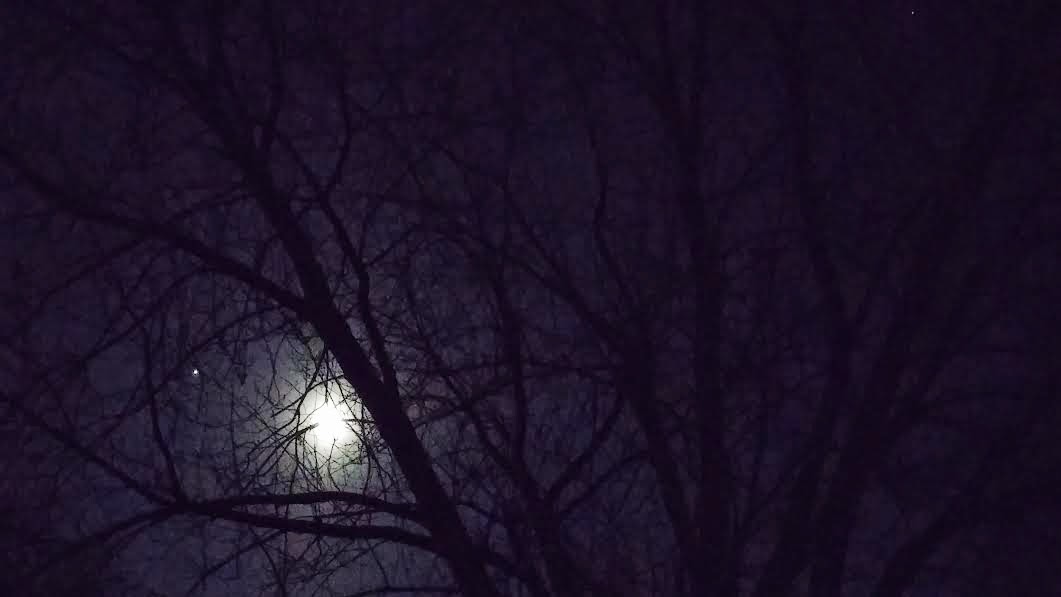 The moon made another spectacular appearance alongside the planet Jupiter.
(Is anyone else watching it?) 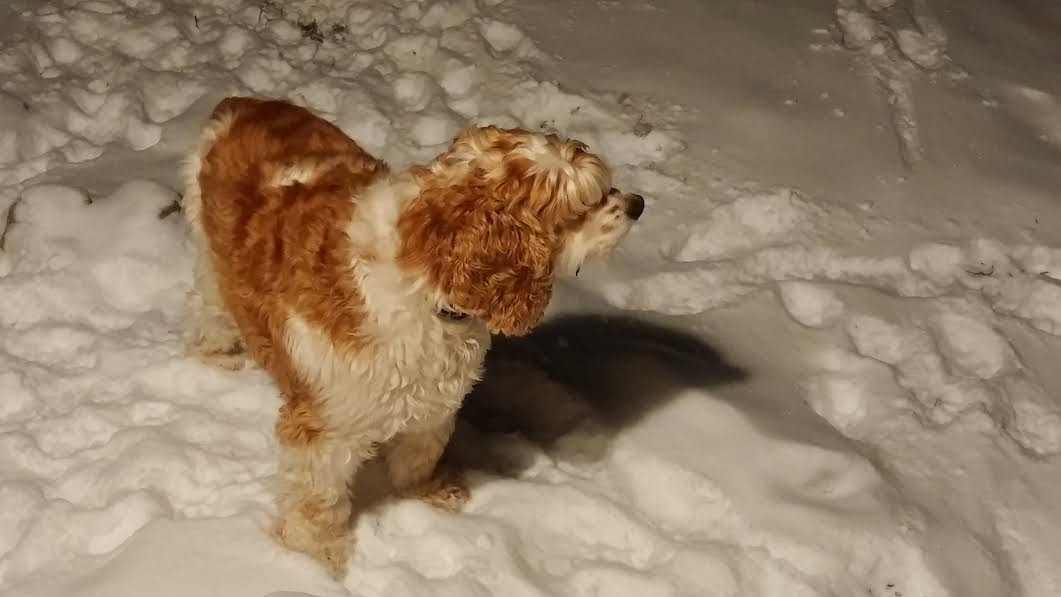 My ghostwriter says it's a good night to hibernate! It is now three degrees at 10PM Eastern Standard Time in Western New York and all's well. Good night!