Let's Have a Crisis!

Hello everybody! This is The Daily Bone and I’m your fabulous doggie host Chester L. W. Spaniel. 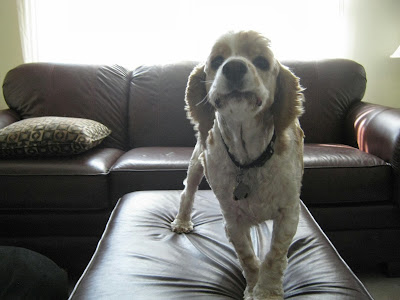 Today we’re going to play a game called Let’s Have a Crisis! Hooray! We have a whole barrage of terrible, horrible, very bad things going on. Our first contestant gets to choose between defunding Obama-Care and shutting down the entire government. The prize is a tax hike no matter what happens. I couldn’t find anybody who wanted to play, so I went out in the back yard and caught a mousie. It took me an hour to track him down, and I dug up a whole bunch of plants in the process. Finally I caught him and gave him a good shake that sent him flying into the mulch by the side of the house. My humans finally captured him in the bottom of the compost bucket. But here he is ladies and gentlemen, in the photo below. Look how excited he is to be in our most apocalyptic show ever! You should hear him squeak! Well, back to the game, in order to help him decide which choice is the right one, we had him listen to endless hours of political analysis on TV. Wasn't that fun?

To make this deal even better, we’re adding two more crisis situations that are sure to bring about the end of the world (again) namely the Debt Ceiling and the Bailout for Detroit. Wow! What a line-up! Mr. Mousie is squeaking even louder now. Just imagine how wonderful it will be when our government plunges us into even more in debt than ever before! And you, Mr. Mousie, will have the honor of paying for it all!

OK, seriously. If you’ve been watching the news lately, it seems like this is all a big game show. You would certainly feel like the world is coming to an end (again) and life as we know it will be over. Mr. Mousie wasn’t very happy about being involved in any of this, and we let him go in the front yard. I was in big trouble for digging up the garden and getting all dirty. I later found out that Mr. Mousie was, in fact, a shrew, and I probably should have left him alone so he can go on eating the slugs that are ruining the hostas. As far as all those politicians arguing about how to spend more and more our hard-earned tax money, I am very tempted to send them all to a time-out until they can think of a way to compromise for what’s best for all of our citizens using the least amount of tax money, rather than what’s best for their next election campaign. We’re all sick and tired of this endless crisis. And that’s a memo. 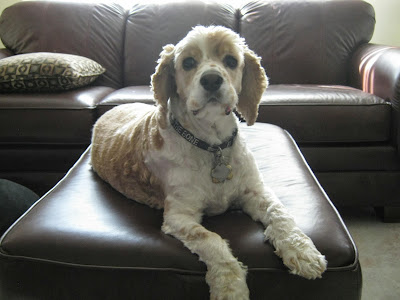