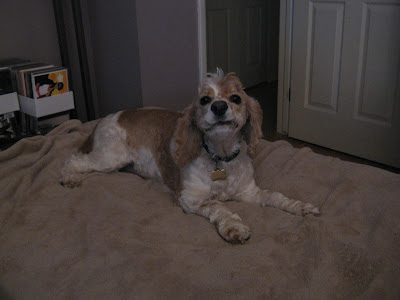 Hello. This is The Daily Bone, and I’m your humble doggie host Chester L. W. Spaniel.

Today, we will do an exercise in doggie logic. The president says all the scandals that have been going around in the past few months are phony bologna. OK, what do telephones have to do with bologna? Is there a new type of smart phone made out of luncheon meat? I guess that wouldn’t be a bad idea. After you’re done yaking with your friends on your break, you can eat your phone for lunch. I consulted my esteemed colleague, Joseph (Joey dog) Spaniel, chairman of the Yum Yum Coalition, and he said that wouldn’t work. We doggies would be more likely to just eat the phone without using it as a communication device. Then it would go through our doggie digestive system and end up in our backyard. I don’t think the NSA would be too happy about that, especially if we ate a whole bunch of broccoli the day before. After that, the infamous CCC (Conniving Chipmunk Consortium) or the evil Squirrel Cartel might steal them and then be able to listen in on our phone calls. What a disaster that would be to our national security! Oh, but then you could turn it around on them and use the GPS to locate and destroy their headquarters. In other words, our phony bologna would be turned into doggie poop spy drones! Boom! Leaves and sticks and fur would be flying everywhere! Bwa ha ha ha ha! Isn’t technology great? But then, lets take this one step further. Who would market it: Oscar Meyer or Verizon? Sounds like a big legal battle might ensue over this. Next, the EPA will come around and ban them and spoil all our fun. And the FDA will say that we cannot be putting phony ingredients in our bologna. It would then turn into a big scandal that would be talked about and deeply analyzed in minute detail by every TV station, a congressional investigation would have to be initiated, Rand Paul would do a filibuster about it, and finally, the president would have to make a big speech saying he is closely monitoring the situation. Therefore, according to doggie logic, I have defined what the president means by a phony bologna scandal. (Where the heck does our president come up with these crackpot ideas anyway?)