Greetings friends and fans. This is The Daily Bone and I'm your dedicated doggie reporter Chester L. W. Spaniel. 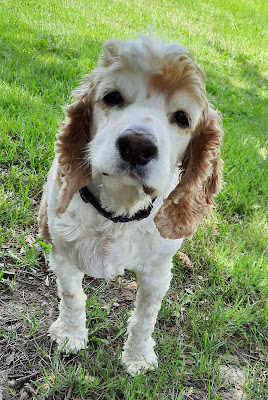 Sorry we haven't posted in such a long time! My ghostwriter has been working a lot at the nursing home, and in the garden lately, and things have been mostly boring around here. At least for me! 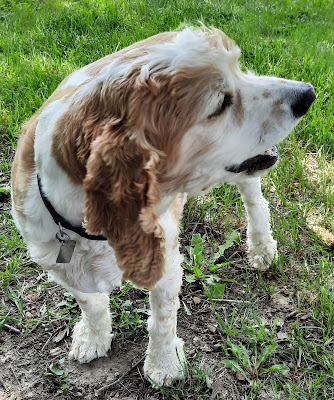 Anyway, we've been watching the TV news about all the terrible wild fires burning on the western side of the country. You would think that wouldn't affect us here on the other side of the continent in New York State! But, amazingly, smoke from those fires did reach us and we had some pretty spectacular sunsets. Here are a few in no particular order: 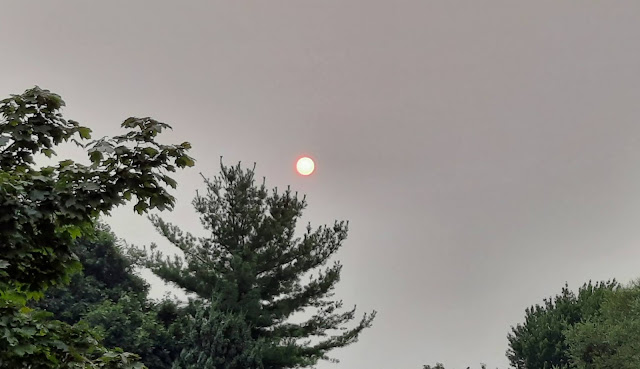 The moon looked pretty awesome too! In this picture you can see Jupiter, Saturn, and the moon almost perfectly lined up. (The blue dot is a reflection on the camera lens.)

In other news, some big trucks and several men have been working on the neighborhood roads.

The trucks laid down a thin layer of asphalt, and the men mopped the edges, set up traffic cones, and closed off our street from traffic for several hours. Every day they've been working on different sections of roads around the entire neighborhood.

While working in the garden, ghostwriter found a little toad. We find one around here almost every year at this time of summer, but they're usually a lot bigger than this guy! She brought him indoors and put him into the kitchen sink for a brief photo session, then put him back outside. Hopefully he'll help reduce the currently booming mosquito population. 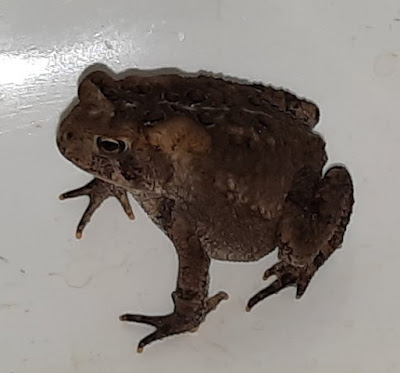 Meanwhile, Sparrows Incorporated has had a population boom as well. 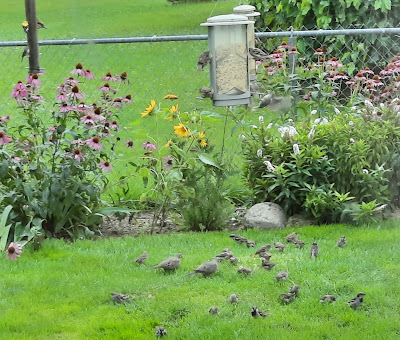 I think that a sneaky bunny has been coming around in the middle of the night to snarf up seeds the birdies drop on the ground. Ghostwriter found evidence of his presence while she did a pooper-scooper walk around the yard. 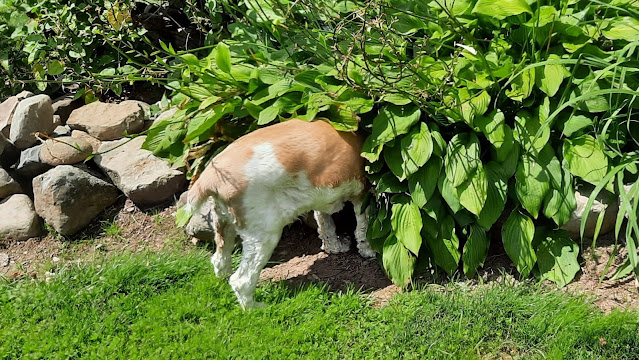 I've been tracking a scent underneath the hostas …

I know ghostwriter hates it when I stomp through her flowers, but this is an important cocker spaniel hunting doggie duty. 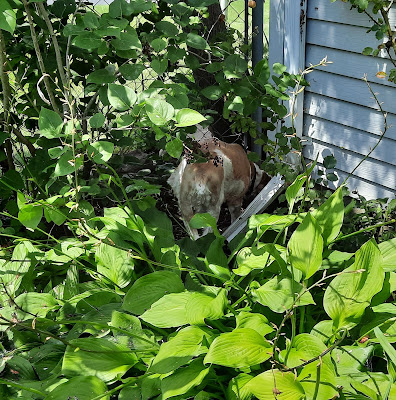 This time of year we take time to remember our angel doggies who passed over the bridge: 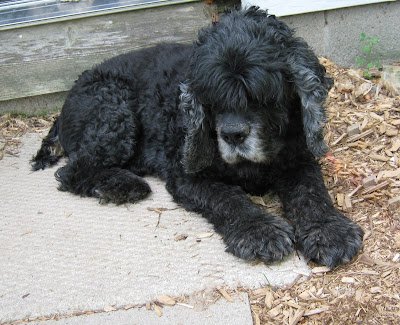 Miss Ginger passed in July 2010. She was the beautiful princess of the house, and loved chasing bunnies. She also had a wonderful singing voice and provided musical entertainment every mealtime. 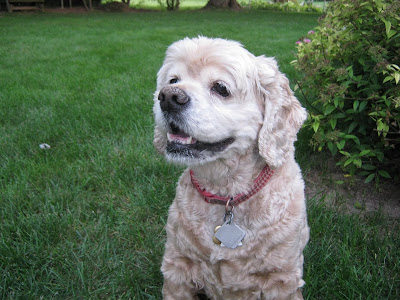 We never forget our angels.