Sid Starling is Back!

Hi everyone! This is The Daily Bone, and I'm your watchful doggie reporter Chester L. W. Spaniel. 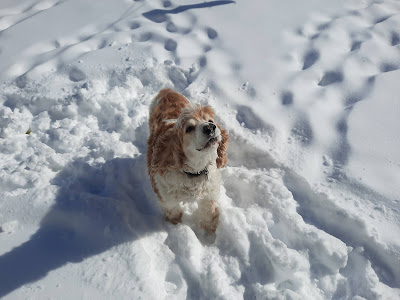 As you can see, we've got plenty of snow. Lots of hungry birdies have been coming to our feeders, including Gordy Whitebeak and his team of juncos from Canada, Sparrows Incorporated, a cadre of cheerful chickadees, the occasional nuthatch, a cardinal pair, Debby Dove's extended family of Mournng Doves, and three big marauding crows. We even had a brief guest appearance of Mr. Cool Beans Cooper, our local Cooper's hawk, as he swooped across the yard.

We put out some suet so we can attract that red belly woodpecker we've been seeing for the past week. Here's a not so good picture of him as he clung to the pear tree. 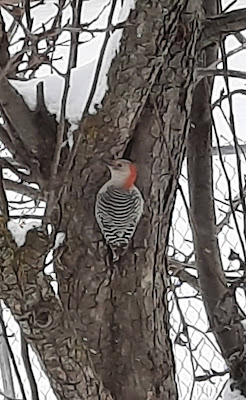 But look who discovered it first: Sid Starling! 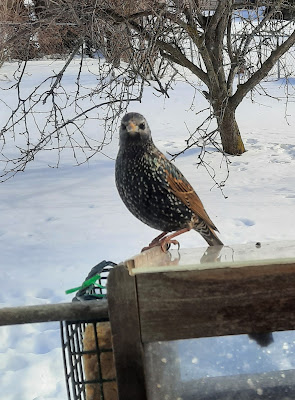 "Ta-da! Yes, it is I, Sid Starling, and I claim this delectable suet cake for myself!" 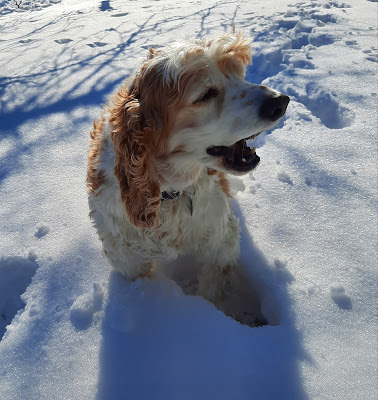 Hello Sid! I see you're back from your winter activities. 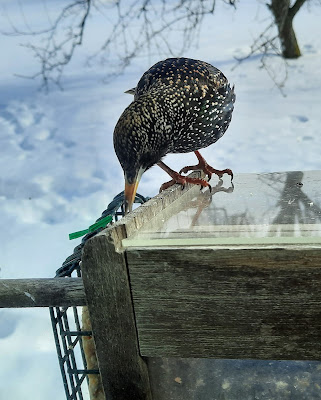 "Ah, yes. I spent the past few months flying around with thousands of my compatriots in huge, gyrating flocks, looking for grain in the farmers' fields, wild grapes in the woods, and whatever we could scrounge in the dumpsters behind McDonalds. But now, I've decided to do some foraging on my own.  Hopefully when Spring comes, the wife and I will again take up residence in our old summer apartment located conveniently inside your neighbor's dryer vent, and raise several fine young offspring." 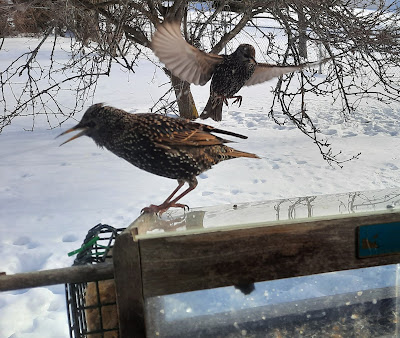 "Hey, who's this? Oh no, it's cousin Marty the freeloader!" 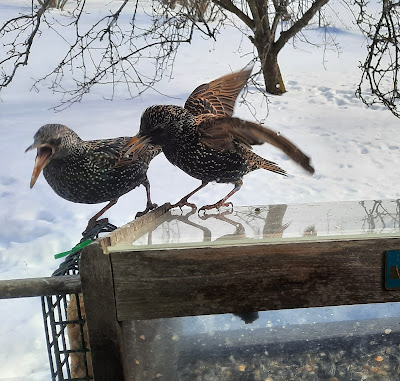 "Get lost, Marty! This is my suet cake!" 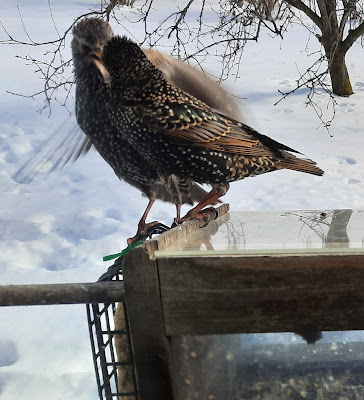 "Be gone, or I shall peck your beady little eyes out!" 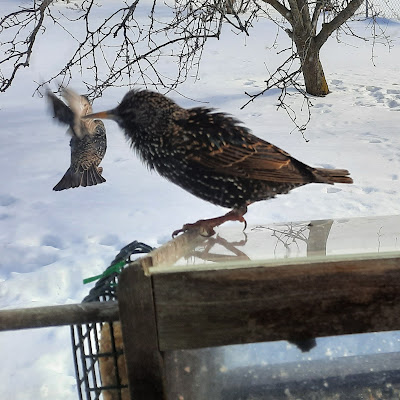 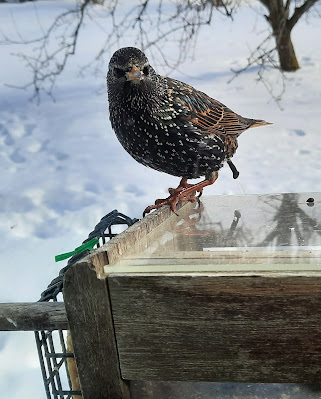 "I poop in your general direction!" 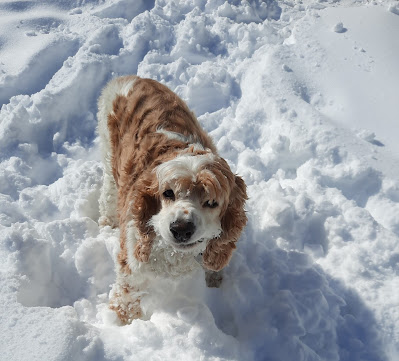 Sheesh! He sure is a surly character! I wonder what he's going to do about his other three cousins, Lucinda, George, and Carl? 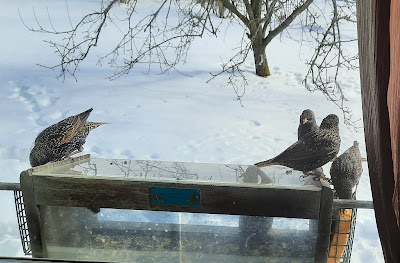 Maybe I should sell tickets for that fight! Hehehehe! 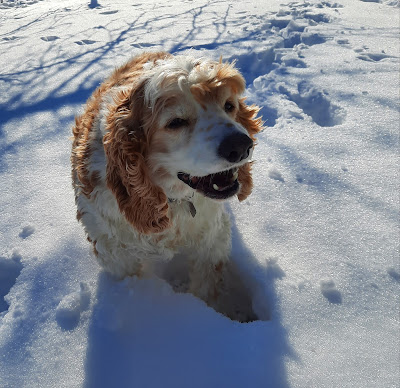