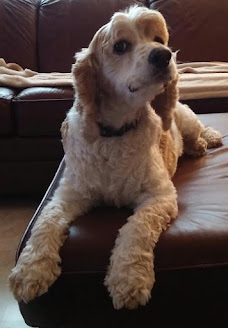 Greetings friends and fans! This is The Daily Bone and I'm your perspicacious doggie reporter
Chester L. W. Spaniel.

When I first started blogging in 2013, I had a lot of political opinions. I was chairman of the Squeaky Party, and our slogan was "Squeaky Toys For All!" I didn't have any followers at that time, but I persevered with the help of my sagacious, late associate Joseph (Joey dog) Spaniel. With things the way they are today, I think it's wise to take a look back to my older posts. So I intend to update and repost a                                      few of them under the title, "The More Things Change … " 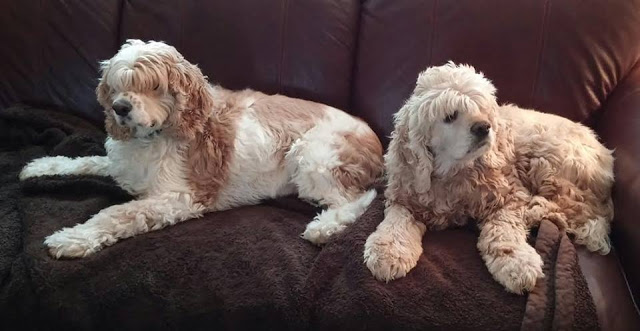 Today I'm going to update and repost one called "Spinning." I think it's just as relevant today as it was seven years ago. 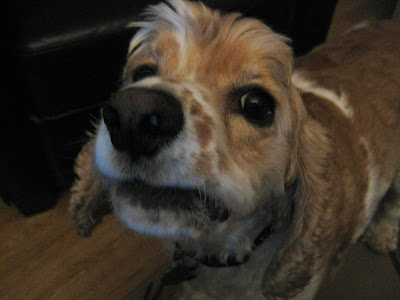 Hi everyone. This is The Daily Bone, and I'm your dizzy doggie reporter Chester L. W. Spaniel. Hang on to your squeaky toys because your head will soon be spinning!

Politicians and the media have turned spinning into a fine art. So how can we tell if something is true, or if it's being given a spin? For one thing, consider the source. If every channel is saying there's a volcano erupting in Hawaii, then it's probably true. But if you see a celebrity say it's erupting because of global warming, fracking, or Republicans, then it's probably a spin. If a politician says something is a good idea, then turns around a month later and says it isn't, then he's spinning. It's kind of like chasing your tail. It's funny at first, but then you just look like a weirdo and get your picture posted on doggie shaming sites.

OK, so I'm going to give spinning a try. Do you see that pee pee on the floor in the corner? I have no idea how it got there. Perhaps my elderly associate Joseph (Joey dog) Spaniel might be having a little problem because of his age. We'll have to give it a good sniff and take some time to analyze it properly. Maybe we should send it to a lab for DNA analysis, and then set up a Congressional subcommittee to investigate it further. Or, try this: I saw an ant there, so I had to do something quick before the whole colony comes charging up that little crack in the corner over there. Oh, but it's not so bad. It'll soon dry up and no one will know it was there, except for us doggies with our sensitive sense of smell. It's good practice for us to have old pee spots to keep our sniffing skills sharp. Hey, with all this global warming, and fracking—and how about all those rotten Democrats?—a doggie can't help but be nervous. 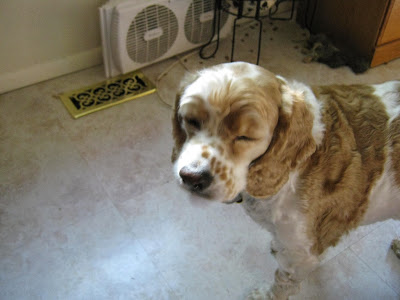 But you know what? That leaves a bad taste in my mouth. Blah! I think I'm better off saying, yes, it was I who made that pee spot in the corner! I'm sorry about that and will try not to do it again. Now that's called personal responsibility. If everyone would be honest about things, the world would be a better place! 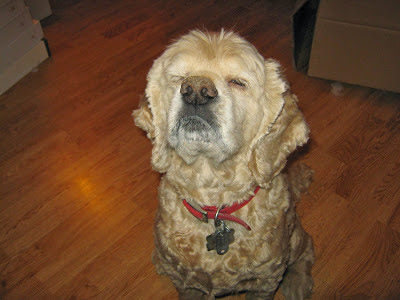 I am not elderly!

These days the spinning has turned into a hurricane complete with mud, rocks, bricks, Molatov cocktails, and rampant, vicious character assassination. Regarding that pee spot I might now say, it's my right as a doggie to mark my territory, and if you don't like it, then you're a racist! My ghostwriter says back in the old days, if a news cast presented an opinion piece, there would be a disclaimer saying, the opinion of our guest is not necessarily the opinion of this station. Nowadays, entire news casts are almost completely opinion, all depending on the political opinion of the network! In other words, propaganda. (You got that, comrade?) 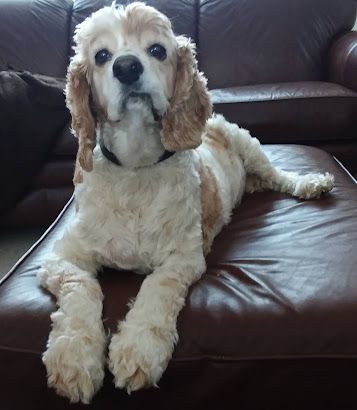