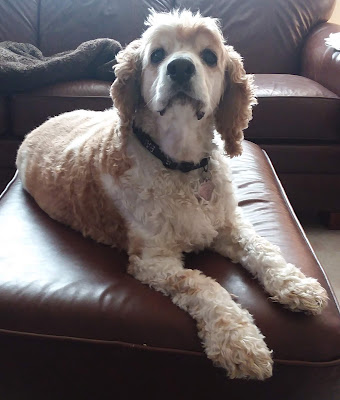 We have a new Crazy Bird! Yes indeed! A little yellow goldfinch has been fighting with his reflection in our dining room window! Here he is now! 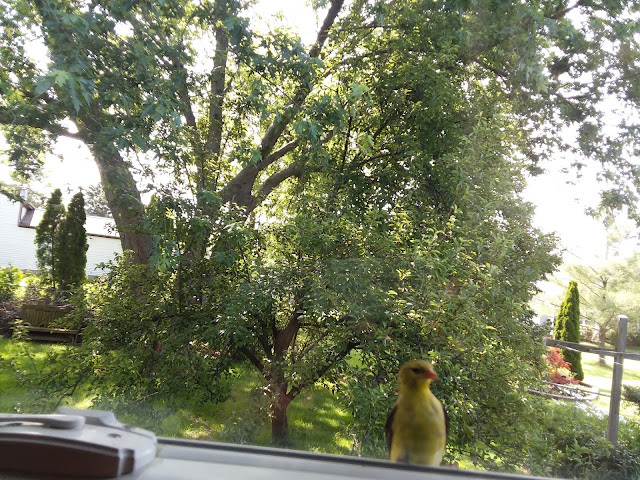 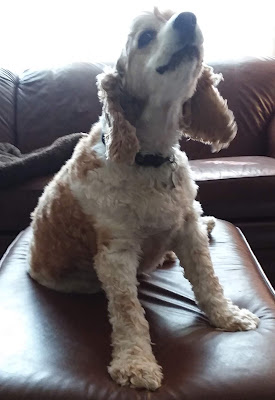 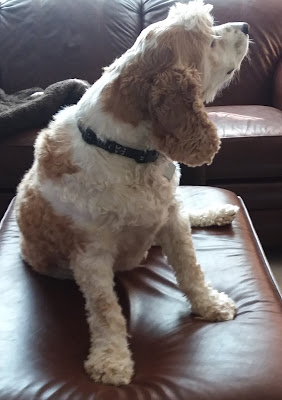 Watch carefully now. Here he comes again from the top right side of the window. 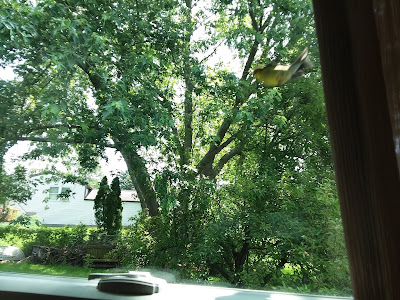 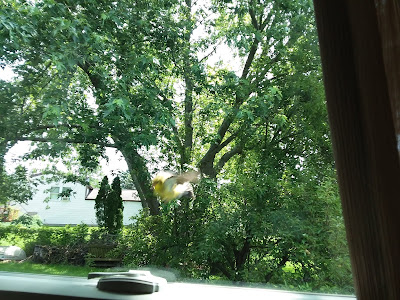 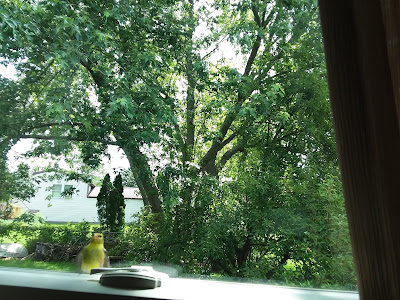 I'm pretty sure he's not getting hurt pecking at his reflection. 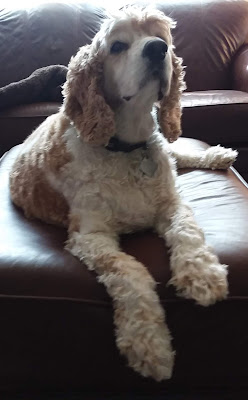 My ghostwriter says he's been going after the rear view mirrors on the cars too, and leaving plenty of little poops as evidence. 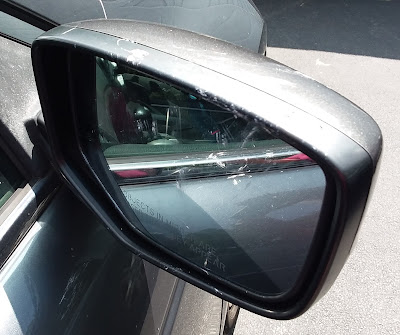 Long time readers may remember that we had another crazy bird in 2013: a bright red cardinal who continued his attacks for a couple weeks before he finally gave up. 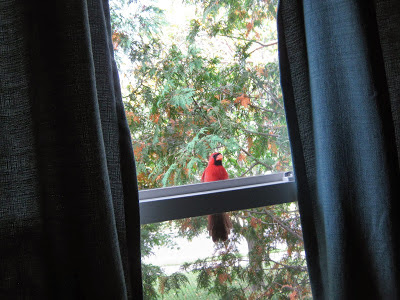 Several years before that, we had a cowbird (named Dummy bird) who would attack his reflection inside the window birdie feeder. (That feeder has a one-way mirror so we could watch the birdies without them seeing us.) He was so persistent that soon his tail and wing feathers were in tatters. We finally had to take the feeder out for a week before he went away.

Here's a link to our post from way back in 2013 about Crazy bird the cardinal. Back then I sometimes wrote about politics. Looking back, I see the more things change, the more they stay the same!